This article is about Kierra Wilde. Her birthday is on international women’s day. Before getting to the heart of this topic, I would like to establish who she is – an actress from New York who currently resides in Las Vegas. Her favourite bands are Radiohead, Pink Floyd, Iron Maiden, The Beatles and Minor Threat. She likes anime and Manga. She is an advocate of interracial relationships. As such, the cover is the perfect metaphor (as is the below photo). When she retires, she will write a book about racism in the most overlooked part of the film industry. Over a period of busy weeks, we manage to communicate with each other… 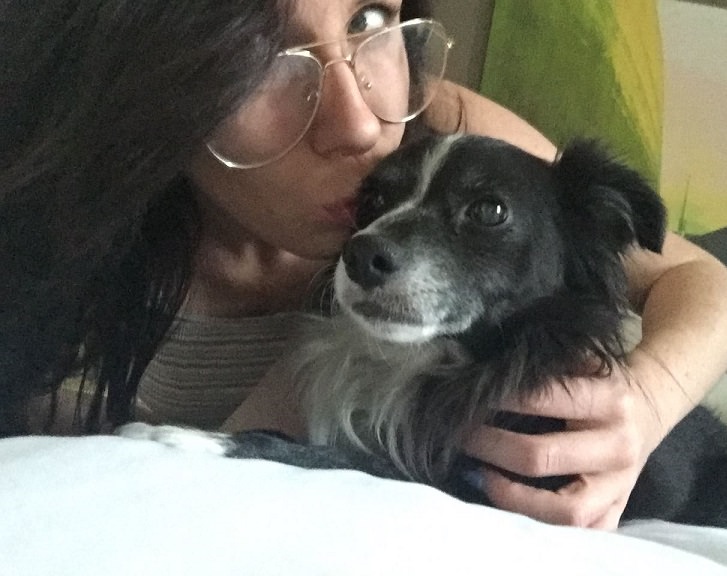 KW: “Thank you for the birthday wishes! It is very appreciated.”

Me: Since you like Pulp Fiction, you might be amused by one of the Japanese posters. It’s one of the few times where a poster ignores one of the stars in favour of the director. The Korean poster of Lethal Weapon 3 and the Japanese poster for The Last Boy Scout digitally erase the black sidekicks. I hate to use the race card but the Asian movie world is predominantly racist (even if it’s just 51% of that world) towards blacks. Taiwanese and Hong Kong movies are notorious in their political incorrectness towards blacks (as mentioned in my Afro-Asian buddy genre article on Pop Cult Master).

KW: “You’re right; they left out Samuel Jackson on Pulp Fiction. Are you serious? This is so crazy. I never knew the Asians to be so racist. I thought it was bad in America.”

Me: It’s why I gave up my ambition to become a martial arts actor in H.K. I updated that Sophia Crawford article to include more quotes of herself experiencing repugnant racism. The weird thing is that England is worse than the U.S. when it comes to racism. Interracial romance is less common in the U.K. Too many bigots and snobs. It’s why I want to move to the U.S.

Me: I am half-black and half-white, but I look Asian. When people see me, one of the first questions that I often get is where I come from.

Me: The success of Get Out and Black Panther will hopefully open other avenues for black artists. I’ve experienced racism since I was three. I’ve experienced violence and verbal abuse in equal measure, especially at that age when I got stabbed in the back of the neck while I was supposed to be cared for in a preschool that was wrongly a part of an elementary school. I had to attend three elementary schools (or primary schools as known in Britain). After two years at junior high school (secondary school as us Brits call it), I realized that I wouldn’t have to worry about being hospitalized if I was home-schooled. What happened at high school was so bad that it would be too complicated to put in an e-mail. As an adult, it’s difficult to have anything published because there has never been an English dark-skinned author to achieve mainstream success. For all of its pretense as a more dignified industry, the literary world is definitely behind the film, TV, music and sports worlds in that regard. I have written an autobiography for when I make it big as a novelist. Will you write a book about racism in the porn and escort business when you retire?

KW: “Heartbreaking and mindblowing! Yes, I would write such a book. That is a great idea. Did you see my posts on Snapchat?”