Two Schmucks and a Shiksa

This is what should have been the title of Ishtar (1987). The official title alienated audiences from checking the movie out; not only was the title foreign but it implied that the movie would be an epic adventure. Like Hudson Hawk (1990), people expecting an action movie were disappointed by what was perceived as a lopsided emphasis on comedy. This is where you have to give credit to Jackie Chan when he directed the more popular Operation Condor (1991). While his movie looks like Lawrence of Arabia by comparison, it doesn’t help that Ishtar looks like a poor man’s Spies Like Us. Part of the problem is that Warren Beatty always needed a strong female lead to play off against, but decided that Dustin Hoffman should be his sidekick. Warren’s only other male buddy movie, The Fortune (1975), had Jack Nicholson but still managed to be both a critical flop and fiscal misfire. Ishtar was supposed to be like one of those old-fashioned road movies, but Beatty wasn’t Bob Hope, and Hoffman wasn’t Bing Crosby. 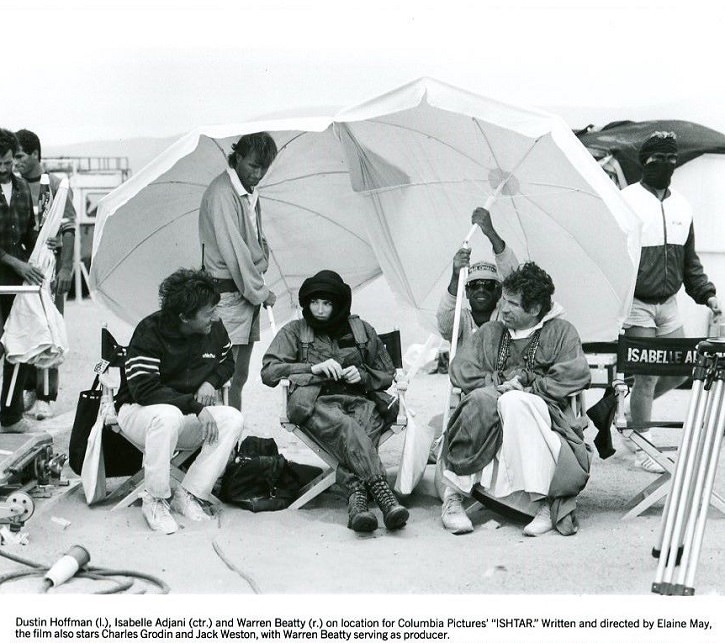 The film’s few fans would be quick to point out that the other part of the problem is the averse publicity leading up to the release. It’s simply incorrect to say that embarrassing advance publicity results in box-office failure all of the time or even most of the time. Apocalypse Now, Dances with Wolves and Beatty’s own Reds all suffered from advance reports at least as devastating as those that preceded the release of Ishtar. Those films wound up as fiscal, critical and award-winning triumphs because the finished products justified the expense and perfectionism. If audiences like a film, they quickly forget the advance buzz. Hoffman’s Tootsie and Rain Man (it just so happens that Ishtar was released in between) overcame bad press because they were classics which had their own identity. He had a reputation as the angst-ridden method actor who eats up time and budget trying to determine his character’s motivation, so much so that his character in Tootsie is almost like him.

This combination of Hoffman’s self-deprecation and gratitude for becoming a successful actor is best personified when his character pretends to be a woman in a way that must have given confidence to Robin Williams when starring in Mrs. Doubtfire. When Hoffman’s Michael Dorsey dresses up as Dorothy Michaels, he shows the joy of acting – it is as much to do with self-denial as self-expression. As remarkable of an accomplishment that it was, Hoffman is really not a comic actor. His intensity and interiority are too introspective for the mimesis that comic acting requires. Peter Sellers told an interviewer about his own attitude towards comedy – he conceptualized a character with the voice first. Once he had the voice, the rest of the characterization would follow. This is different from the method techniques of relaxation and affective memory. The most excruciating moments in Ishtar come during the Hoffman character’s crisis of self-confidence.

You can imagine him drawing on memories of the early days as struggle when trying again to become one of those failed performers who he managed to conjure in the midst of his speech at the 1980 Academy Awards. This wrecks the comedy’s tempo by introducing a jarring tone into farce, and never lets us forget Hoffman. Method actors have excelled at comedy only when they managed (as Paul Newman has on several occasions) to forget Konstantin Stanislavski and take up Bertolt Brecht i.e. making comedy out of the very act of performance. Tootsie (1982) was funny partly because Hoffman was surrounded by funny people, especially Bill Murray. Hoffman could play off these comedians and also let them set the pace. Beatty (who is not intrinsically funny) did the same thing in his comedy, Heaven Can Wait (1978). Both forgot to do it here, with the unsurprising result that the best reviews went to the only comedian in the film – Charles Grodin (who went on to act at odds with Robert De Niro in Midnight Run).

Beatty learned his lesson on his next production – Dick Tracy (1990). That film’s brief scenes with himself playing straight man to a totally immersed Hoffman as Mumbles is far funnier than the entirety of Ishtar. Mumbles was introduced into the Dick Tracy comic strip in the fifties, and was Chester Gould’s take-off on method actors! So once again, Hoffman takes his medicine – publicly and in art. Beatty’s problem is more complex. While he also has a method background, he is the more traditional movie star and romantic lead. Seeing as how he had never won an Oscar for best actor, it’s fair to say that he was a less critically acclaimed version of Ryan O’Neal (who rivalled him in the seventies).  Beatty’s considerable persona is based as much on what the public knows about his real life as from his performances. 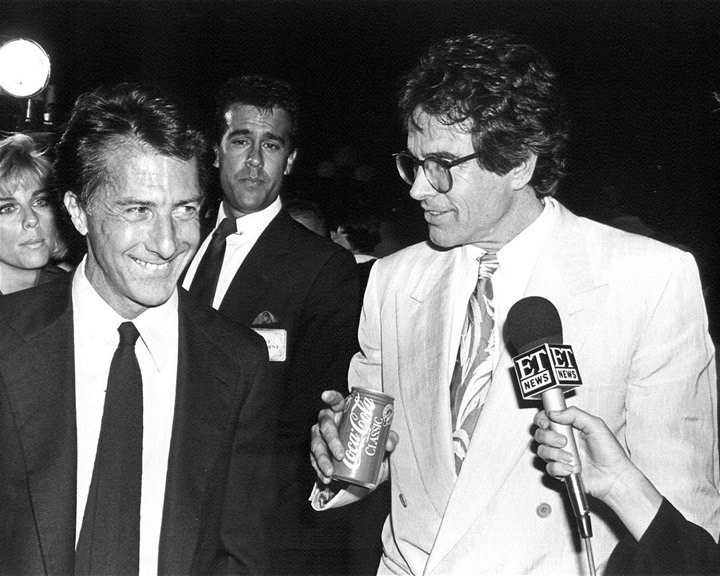 Back to Beatty’s Reds (1981), the advance press compared it to the previous year’s Heaven’s Gate by claiming that it was an unreleasable folly which no one would want to see. His films were known for social significance and for entertainment that assembled the best talent available and use it to the fullest – the traditional producer’s package. The fact that he made so few films and took so very long on them added to this expectation. Ishtar was his first film since Reds, which finished filming five years before he began filming Ishtar. If you spend that long between movies and spend many millions of dollars to shoot in the Sahara, the end result had better be the aforementioned Lawrence of Arabia or there will be a price to pay.

If the same script for Ishtar had been shot in America with Tom Hanks and Dan Aykroyd being directed by Ivan Rietman then it would not have flopped. Echoing the earlier nod to another Aykroyd movie, Ishtar cost twice as much as Spies Like Us but grossed less than a third at the box office. This comparison would be less humiliating if Columbia Pictures listened to Peter Sealey after his market research indicated that it would be best to cut the advertising budget. By the way, Isabelle Adjani is Elvis Tsui Kam-Kong’s favourite actress (as he revealed in an interview for a nineties magazine called Hong Kong Film Connection).