The warmest colour is blue

Wong Jing’s Raped by an Angel 4: The Rapist’s Union (1999) is an erotic film that was an attempt to make a literally blue movie, hence my title being a variation of the title for a sapphic French film titled Blue is the Warmest Colour (2013). This article contains content that was originally going to be in my translation of Jing’s 2011 book, but I have decided to put it here since I want to concentrate on his directorial career. That comment will seem strange to H.K. film fans because of him being credited as the director of The Rapist’s Union, but Jing claimed to have never directed a Category III film in his entire career. The true director was the assistant director – Idris Ho (a.k.a. Ho Man-San). Jing only lent his name to the credit because he was experimenting to see if people would pay more to see the latest in a franchise that he was previously involved in as just a writer and producer. Wong was wrong, because it only grossed H.K.$ 4,420,425 during its theatrical run from December 30, 1998 to February 12, 1999. This would be a pittance if not for the fact that Gus Van Sant’s remake of Psycho was more of a flop despite the fact that Wong Kar-Wai’s cinematographer (Christopher Doyle) had lensed it.

He makes more comparisons between the arts of expressing the human body (i.e. a Bruce Lee pun): “In an erotica, you have to obscure the arousing areas because the sex is usually simulated. In a martial arts movie, the participants have to pretend that they have hit each other. In an erotica, you add water or body oil to simulate sweat. The same thing applies to a martial arts movie, especially the macho ones in the West. We add Vaseline to the lens so that you can’t see the wires. In the West, Vaseline is used for anal sex. In the East, powder is the best way to emphasize a person’s powerful movements.” 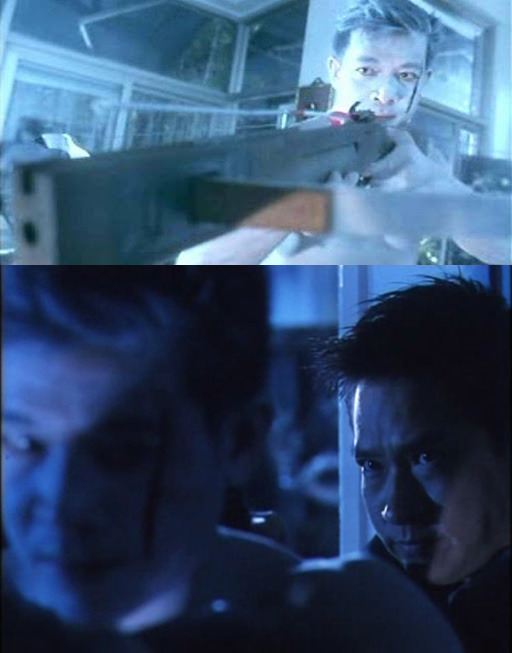 He explains the differences in cinematic vices between the East and the West: “Hong Kong is more daring with child characters being harmed, but America is more liberal with sex. However, Hong Kong television is more conservative than American television when it comes to both sex and violence.”

On the 27th, a conference was held at the Planet Hollywood that was based in Tsim Sha Tsui. When talking about the filming, Suki talked about being totally covered in between takes (unlike her Hollywood counterparts). She is not at all a prude, it’s just that she got a cold on the second day of filming due to how long that she had to be nude. She said: “When we were filming on the beach, I was running on my bare feet because I had to run away from Ben Ng. My feet were so cold, I had no feeling in them. I also had bumps and bruises from being pushed around.”

Sherming Yiu was self-deprecating: “I’m not slim enough, so I would never consider doing such scenes. I’m in this movie because I like horror movies, and rape is the scariest form of horror that anyone could do.”

When asked if she was replacing Chingmy, Suki said: “No, because she wasn’t the original choice for the role. If I didn’t do this movie, people would say I don’t have the guts. Now that I’ve done it, people have connotations to project onto me.”