Due South, a Canadian TV series, had a strange obsession with the colour green. In almost every episode, we see a green car and a Chicago police station with green walls along with something else that was green (especially lights). In the Season One finale, there was a church and a train with green lighting inside each one. In one of the earlier episodes, there was even a green pizza delivery car. Part of the obsession with green was that there was a Canadian TV series called The Red Green Show, whose star made a cameo appearance in the Season Two premiere of Due South. The other part of the obsession is that the series is about a Mountie who is a greenhorn. 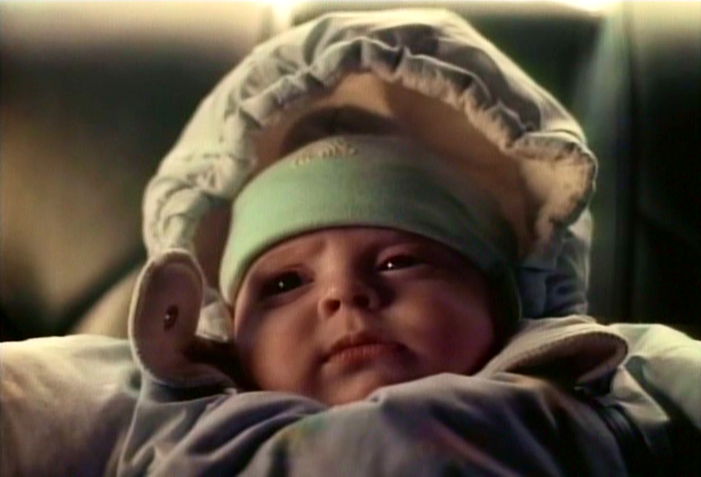 What symbolizes this the most is a Season One episode called A Cop, a Mountie and a Baby. Besides the above symbolism of the green hat, the episode is a good example of how Benton Fraser is an oxymoron – he is world-weary but not street-wise. Part of the irony with him is that a man who knows a lot about science can be so clueless about city life, but this is part of his charm as there is an innocence to him which makes him comparable to the above baby. Of course, it helps that the actor who plays the Mountie has a baby face. Behind the scenes is a different story altogether. 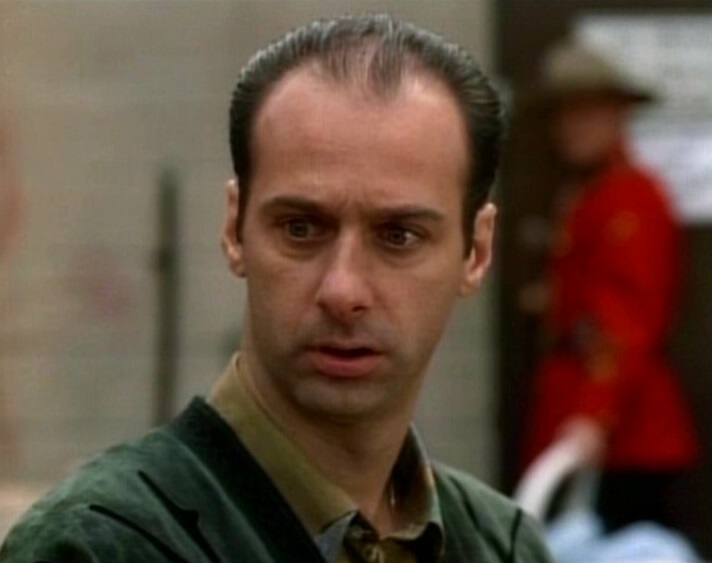 In Season Two, Paul Gross (who plays Fraser) began to have more of a creative role by writing two of the scripts. Perhaps this was a factor that led to the departure of his original sidekick. David Marciano, who played Ray Vecchio, was said to have left the series because he wasn’t going to be paid as much money as Paul. This was a fair request since the show is primarily a double act comedy. Despite this, David only returned for a cameo in the Season Three opener. It’s also been said that David couldn’t do much anyway because too much time had gone by between Season Two and Season Three for him to return. A lot can happen in a year. You can’t ask a person to wait forever. 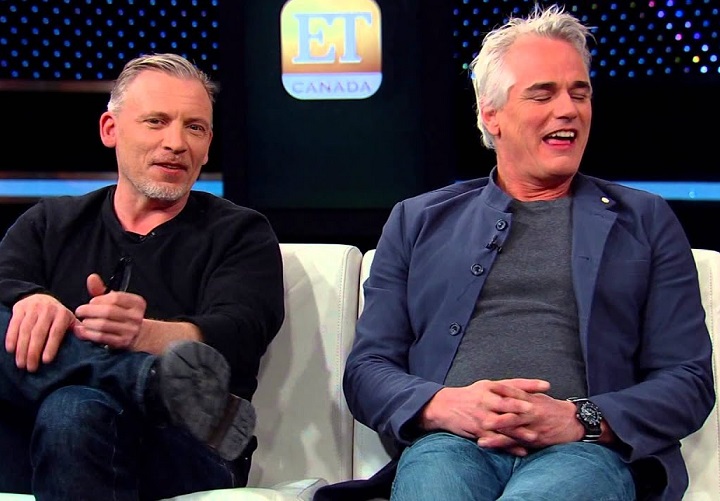 It’s rather telling that David didn’t return for the above Due South reunion episode for Entertainment Tonight: Canada. Callum Keith Rennie was as good as a replacement as you could find, but he was in less episodes despite David and Callum acting in two seasons each. This is because Seasons Three and Four had less episodes. Season One had 22 episodes, Season Two had 18 episodes whereas the last two seasons each had 13 episodes including the series finale which David had appeared in. Paul Gross was an executive producer for the final two seasons, but he had more writing credits on Season Three. Surprisingly, he never directed an episode of Due South. 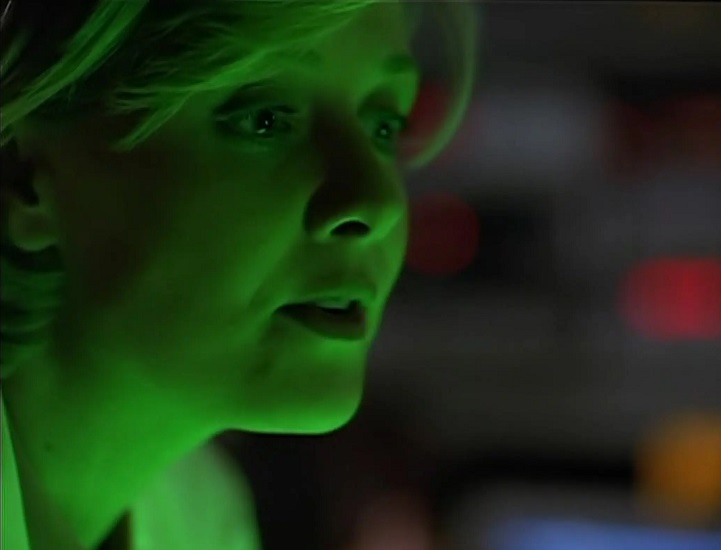 Returning to the green theme, Due South was one of two shows in 1996 that foreshadowed the casting of Amanda Tapping in the 1997 Stargate TV series. The second show was an episode of The X-Files titled Avatar whereas the Due South episode (aired two months earlier in February) was titled Starman. The green lighting in this episode is perfect in how it symbolizes the little green men from Mars joke.