In 2001, I learned that Harvey Weinstein was a bully. The consensus on the defunct City on Fire message board was that a rich man like him always gets away with misdemeanours, especially when things are settled out of court via hush money and nondisclosure agreements. The City on Fire crew (myself included) were part of a petition group that targeted Weinstein partly because he organized an embargo that prevented North American retailers from selling the original versions of Hong Kong movies. This didn’t stop fans from overseas orders. This would sabotage Harvey’s delayed releases of Shaolin Soccer and Hero – two 2001 classics which could have been big at the Western box office (especially if the former was given a nationwide release in Great Britain). This was in the early half of the last decade. Us fans kind of got what we wanted in the long run. 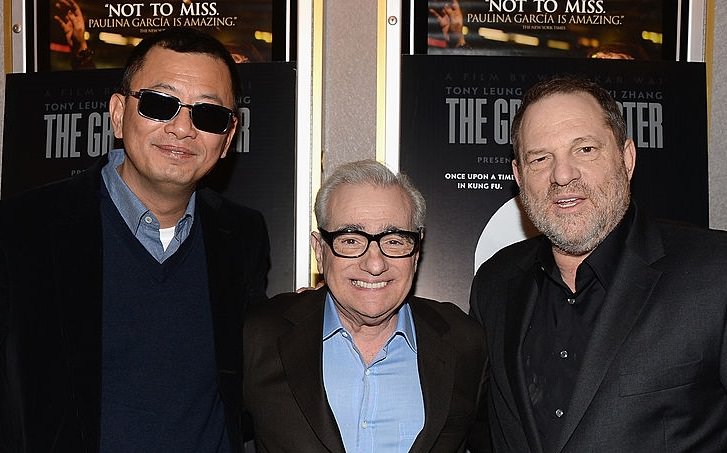 In October of 2001, Disney’s subsidiary company (Miramax), was responsible for the surprising theatrical re-release of Iron Monkey. Dimension Films, their own subsidiary, were responsible for the re-release of other H.K. movies – most of which were headed to the direct-to-DVD market. Iron Monkey was far from being the next Crouching Tiger, Hidden Dragon for reasons which COF had addressed in an Anti-Disney campaign that was designed to inform people about the many changes to H.K. films which Disney authorized. These changes often involved dumbing down the movie in a way which made the film-makers seem dumb. The titles were reminiscent of cheap action movies whereas the dialogue was changed in terms of both cultural references and intellectual insight (such as the political observations in Iron Monkey).

Even the credit sequences (such as the clever final one for Fong Sai Yuk) were changed to emit a TV feel. The voice acting was ruined by cartoony dubbing supplemented by revised scores that makes the finished product seem like a TV movie. The final blow was the excised footage which would’ve made the movies more human to an audience that Harvey never understood. Middle-class people are the ones who are more accepting of subtitles and intellect whereas the working class are usually more accepting of the opposite, hence why Iron Money was a flop. At least the movie was shown in subtitled format whereas the original versions of Dimension’s other H.K. movies were never included on the discs despite wanting to emulate the success that Ang Lee had with Columbia’s Crouching Tiger, Hidden Dragon.

The notoriety behind COF’s campaign (which had members in the thousands) and the outcry surrounding his mishandling of Hero would slowly lead to Harvey having to leave Disney so as to form The Weinstein Company in September, 2005. He then formed the Dragon Dynasty label with Bey Logan, whose joining was reported in early October. This seemed to fans that Weinstein was changing his distribution of H.K. films. However, this was nothing more than a monopolizing ploy. Bey previously worked with Hong Kong Legends, who did more for H.K. cinema with their DVDs (and early video releases) than the major U.S. distributors because it was in their best interests to sell these films to the best of their ability (no cynical politics designed to further their own movies like when Disney decided to rip off The Thief and The Cobbler for Aladdin).

Harvey’s companies are affiliated with Entertainment One, a Canadian distributor whose U.K. branch is called Contender Entertainment Group. C.E.G. purchased H.K.L. circa 2004 in a bid that set forth a series of chess moves designed to have Bey Logan set up shop in the U.S. by setting up a Weinstein DVD company called Dragon Dynasty. Joining Bey was H.K.L. president Brian White – a deal that could have ensured that the U.K. releases were distributed via H.K.L. but this was seen as moot because most H.K. fans have multi-region DVD players. The collateral damage that was done resulted in cancelled releases and pointless re-releases that made H.K.L. close shop in 2007, which was fitting because there was no longer any reason to look forward to the latest films from the stars whose coattails the company were riding. Another problem was that H.K. didn’t have any new action star favourites.

As for Dragon Dynasty, Harvey failed in completely satisfying the fans. In some cases, he re-released the Dimension re-releases with not much in the way of differences. Even if he scored a touchdown with the fans with the DVD releases, none of this could’ve redeemed him from wasting the box office potential of Shaolin Soccer and Hero. The former could’ve made a household name out of Stephen Chow whereas the latter could’ve been a stepping stone for Jet Li to migrate to the same box office space as Jackie Chan. Shaolin Soccer could have been the summer summit (the biggest hit during that time of the year) in England. Sha Po Lang was another example. Like Bruce Lee, Donnie Yen speaks better English than the majority of H.K. guys who tried to make it in Hollywood. This is because he was actually raised in America, so he has a feel for the lingo. It was retitled as Kill Zone when it could’ve easily been changed to the English translation of the Chinese title (Kill the Broken Wolf is intriguing).

The question that you’re asking is what was the point in himself purchasing these movies in the first place? Well, they were nothing more than means to the end of financing his other ventures. He has cheapened the image of H.K. cinema. I’m grateful that I never became famous as a novelist at an earlier point in my life because then there would’ve been the possibility of him purchasing the adaptation rights and ruining the movies if there was H.K. talent involved. In this year, I delayed selling my Jewish novel for reasons which may seem like procrastination but turned out to be subconsciously influenced by divine intervention. If The Weinstein Company had progressed to making my adaptation then it would’ve tanked at the box office or it may not have even reached that stage. It would’ve been shelved and treated like one of those cancelled TV serials which other networks refuse to pick up.

The martial artist formerly known as John Joyce (i.e. he changed his name to have the same initials as Bruce Lee) left TWC in October, 2009. It’s interesting how his tenure with the company is bookended by two Octobers, something which is more apt with this article being written in the same month of the outrage that Harvey finds himself in. Bey described Harvey as passionate about Asian cinema despite removing 22 minutes out of Shaolin Soccer, 24 minutes out of The Accidental Spy and 25 minutes out of The Legend of Zu.

Wong Kar-Wai (who besides being in these photos is also in the top part of my collaged cover) was forced to choose which 22 minutes of The Grandmaster could be taken out. This is like Jigsaw making victims torture themselves in any given part of the Saw franchise e.g. the recently released Jigsaw. The ultimate irony is giving a director the editorial freedom to stifle his directorial freedom. Unlike most people, I already knew about Rose McGowan being his victim when she hinted at his identity in 2016. It’s such a shame that it took the presidential election of Donald Trump to instil courage in herself to be shaming without naming. As for the woman in the headline image, Susan Sarandon said: “Huge respect for Ashley Judd and all the women who broke their silence for the article on Harvey Weinstein. Brave.”