What if Cliff Burton survived

There are too many knuckle-headed thrash-heads who think that Cliff would never have let Metallica do a bluesy album (Load), but they don’t know that he was a fan of Lynyrd Skynyrd, Aerosmith and The Eagles. There are many purists who think that he would never let Metallica do an alternative rock album (Reload), but they either don’t know or have forgotten that he was a fan of R.E.M. and may have been okay with the idea of cutting his hair if not going through with the glamour aesthetics that Lars was striving for (the drummer puts the rich in Ulrich). For those die-hard Metallica fans who will cry sacrilege, you need to note that Cliff’s image was immortalized when he died at 24 on September 27, 1986. You don’t know what his music taste would’ve been like at 34 when they finished Load in 1996. After all, the equally multi-tasting bassist of Faith No More cut his hair. 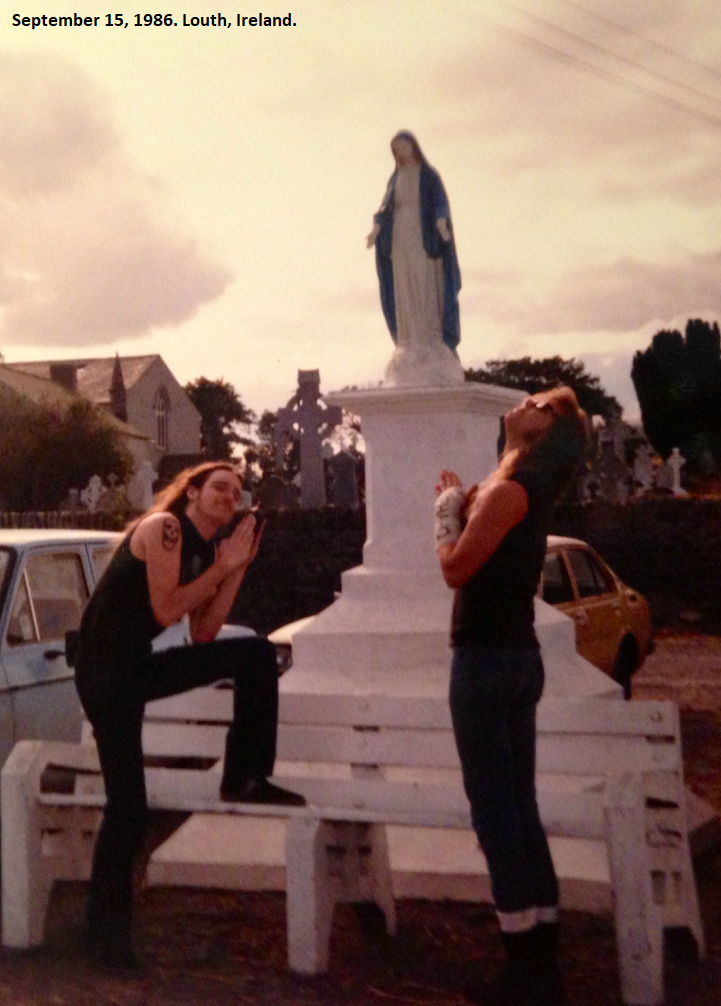 Even the iconic FNM guitarist (i.e. Jim Martin) had totally changed his image. Les Claypool, another bassist, used to be in a thrash metal band called Blind Illusion before he had more breathing room in Primus. Kirk (who has the same middle name as Cliff i.e. Lee) produced the album that Les was showcased on – The Sane Asylum (the most bass-friendly thrash album). This is because they became friends after attending the same school. People who are not hardcore loyalists tend to change their fashion sense. When I was at college, there was a girl who had a similar seventies style to Cliff (she even had similar hair). She had diverse tastes in music yet even she completely changed. She’s no longer metal-driven like she used to be. The tragic irony is that she used to be a fan of Metallica. Maybe she would’ve still liked them if Cliff was alive and made the band as diverse as FNM if not Mr. Bungle. 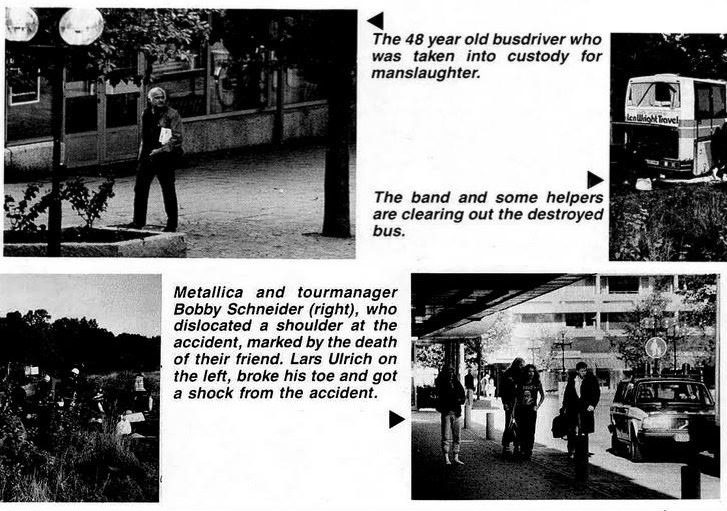 As for what Load would’ve been like, we may not have heard a double album. Maybe Jar of Flies (an Alice in Chains EP) would’ve inspired Cliff to make it into an EP if not an album followed by a series of EP records to be released while the band took a much-needed hiatus. In the latter case, the extra titles would be Unload and Upload. With Cliff being smarter than Lars (something which James would agree with), he would’ve realized that people downloading music is like people recording music off the radio (or even trading tapes like back in the day). Perhaps Cliff would’ve saved Lars from being ridiculed over the Napster thing (the beginning of Metallica’s unraveling).

One of the favourite pastimes of Metallica fans is to see how Load and ReLoad can be condensed. With Cliff being a fan of The Misfits as seen above, he wouldn’t approve of James ripping off Snakes of Christ by Danzig for Thorn Within (even if it was a sleight way of highlighting Stone Temple Pilots doing the same thing for Sex Type Thing). If James still insisted on not letting other songs go unearthed, one viable solution would be to have two albums with 8 songs and two EP releases with 5 songs. That’s 26 songs altogether, barring the aforementioned rip-off. The number of LP songs would evoke memories of the track sequencing for Ride the Lightning and Master of Puppets. The music would’ve been better because bass became cooler in the nineties.

The above photograph was taken on the same day that Cliff died. It was taken by a 41-year-old newspaper photojournalist named Lennart Wennberg (a man who worked for The Expressen). A policeman had transported the surviving trio from the hospital to Hotel Terraza (in Ljungby) where Anthrax were waiting for them inside. Speaking of Anthrax, James is wearing a T-shirt that’s advertising their mascot – Not Man. It would appear that the bus driver was the inspiration for the man on the cover of Anthrax’s third album (Among the Living). Not only was the album dedicated to Cliff, but there is a song about his death titled Horror of it All.

Arne Pettersson, the detective who investigated the scene of the crash, said that the track marks on the road were exactly like someone who falls asleep at the wheel. The British bus driver should have drunk coffee instead of booze. In the December 1986 issue of Metal Hammer, it was reported that people from other vehicles had helped the band before the emergency services had arrived. That’s different from the picture of sheer isolation that’s depicted in most tellings of the story. Also, the October 16-29 issue of Kerrang claimed that the driver was immediately arrested by the police and charged with manslaughter.

The above photograph shows how Metallica should’ve travelled. This is how they would travel (along with planes and trains) after the death, not just because they were traumatized but because they didn’t want to run into the Englishman again. The accident was so traumatizing that Joey Belladonna made a habit of ensuring that any given bus driver for Anthrax was well rested. As a respite from the intensity of this article, I should note that Anthrax are referenced by Bob Rock in a funny moment within Adam Dubin’s rock doc (i.e. A Year and a Half in the Life of Metallica).

In a 1992 MTV Rockumentary special, Kirk mentioned that it wasn’t just himself and Cliff playing cards…but the whole band. If James died and was replaced by John Marshall on rhythm guitar alongside Neil Turbin for vocals, people would complain that James put the metal in Metallica. John Bush still wouldn’t have joined because, like Joey Vera, he was loyal to Armored Saint. If Lars died, Dave Lombardo (who left Slayer for a short period around this time) would have elevated the band if not the business. Since Lars was initially against the idea of doing music videos, the band would’ve wanted to honour his memory by having the distinction for not needing them. Cliff would’ve been all the more for it since he was as rebellious as it gets. 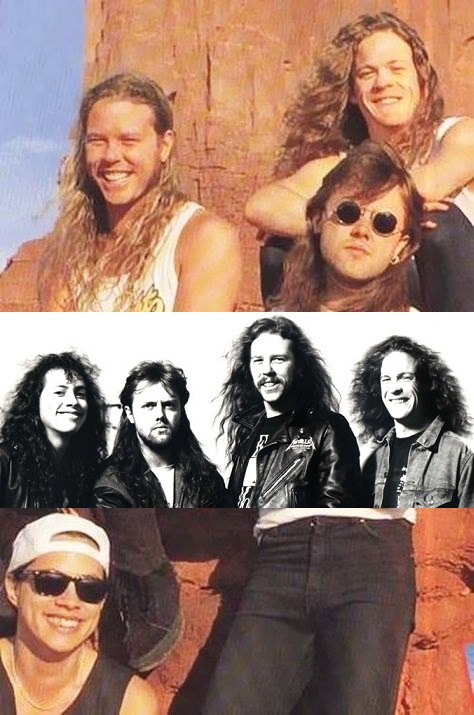 If Kirk died then Marshall would take over since he was Kirk’s guitar tech, or maybe Jim Martin would have left FNM so that he could be in a band with Cliff Burton. They were schoolmates and had experience of playing in the same bands. Quite frankly, Jim was more of a metalhead than the other guys in FNM, so his departure from the band seemed like a long time coming. FNM producer Matt Wallace mentioned that the death of Jim’s father was a factor in him departing, but being in Metallica would have allowed him to find an ally with Hetfield since he lost his mother at a young age.

After all that heavy drama, it’s time for some comic relief in the form of the above photos. Lars doesn’t like the fact that a joke has been made at his expense. I think that it’s got to do with a photo of the band with the bassist of Iron Maiden (Steve Harris). Lars revealed his naked self when being photographed by Ross Harlin (the only rock music photographer to rival him is Neil Zlozower). The sight gag being that his snake isn’t even as long as a worm. With the accompanying scrotum (not quite dangly enough to be described as balls or testicles), it looks like a snail.