No; not those producers, but producers in general. There is always a lot of confusion and debate (if not outright argumentation) about which types are responsible for specific tasks. The most indignant of producer roles isn’t all that menial, but that will be saved for last because of its complexity. If the director is the general then the producer is the secretary of defense.

They are similar to production managers, but with a few more responsibilities. They usually help hire some of the above-the-line help. They manage the budget, craft needs, and maintain a haphazard sense of stability to the money people, be it the studio, the executive producers or investors. Production managers and accountants will some times get a giveaway title of co-producer just for the credit. For barely surmountable stress, line producers are almost on par with the assistant directors except they are not being subjected to on-set calamities such as floods or explosions.

One of my favourite producers is Andrew Vajna. He has produced many action movies, particularly those of Sylvester Stallone. Even more especially, it’s symbolic that Andy produced Arnold Schwarzenegger’s Red Heat and Total Recall. They represent the conundrum of Arnie’s career – movies beginning with R flop (Red Sonja and Raw Deal) versus the colossal successes of those beginning with T (Twins and True Lies). The Terminator movies are a mixed bag in terms of success.

They hire the directors. They usually take 5 percent of the budget as a salary for being responsible for all the cash. In terms of current practices in the industry, the role of the producer changes according to the size of the film. On a big project, they delegate the hiring of the below-the-line personnel (who will comprise of the crew) to a production manager or line producer. On an indie film, besides bringing together the creative team, the producer is also responsible for putting together the crew. Multiple producers on big movies are basically shareholders, because they want to get in one any many pieces of the pie as possible.

The producer sets the tone for how the crew is treated by the director along with what conditions that they are expected to perform. The producer usually sees the light at the end of the tunnel, the vision of what the completed project looks like and to whom it might be sold to. They would organise what little money there is to make a picture, and convince the rest that it’s a sellable venture. If a director is the producer, it means that they want to control the project without being blamed for it. Producers on TV show are the other writers e.g. Matt Groening, Trey Parker and Seth MacFarlane don’t write all the jokes on their animated TV shows.

They are usually there for the studio, be it the distributor or the one funding the majority of the project. This type of producer’s input is a reflection of the studio’s wants and desires as well as their own creative input. For example, Sam Raimi was told that he should take over as the director of Hard Target in case that the director fell through with the studio’s demands. Sam insisted that it wouldn’t be necessary at all because the expatriate working at 70% would still be better than most Hollywood action directors working at 100%. The exec’s responsibility is to finds a buyer (or more) for the film and raise the money. 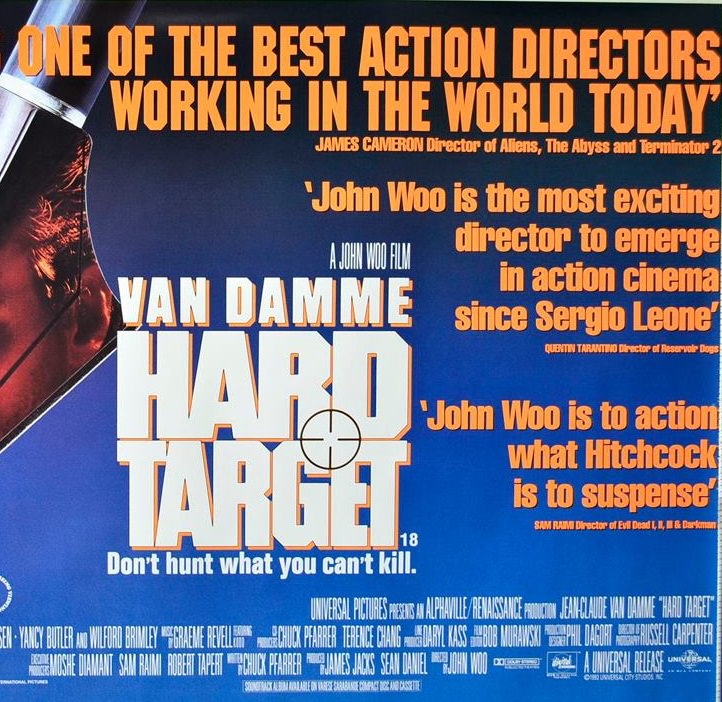 Episodic television is the only arena where the credit really seems to have any specific meaning. In both theatrical and TV movies, the E.P. credit can be a favour (e.g. an extra bonus for the writer, a bonus for someone who attached a key piece of talent, or who had discovered the material), or something else altogether. In some cases, an E.P. will keep an eye on the project but doesn’t do too much. Most of the time, the E.P. has had little to do with the development of the project. That’s where the similarities end. In the world of TV shows, the E.P. is really the person in charge. It’s complicated because the network is often in there messing about with the whole thing too.

In sitcoms particularly, the E.P. is the people who supervises the entire writing staff and is generally the captain of the ship. In hour-long shows, the same holds true except that a producer or production company may have greater input. For films, either movie of the week or theatrical, the E.P. is often the person who found or acquired the source material (script, book, pitch) and then had to hand off the project to a bigger producer who could get the project made. This is kind of like the equivalent of a record label scout whose job is to find an artist who can then be pitched to a record label or even a record producer who the label takes more seriously as a middle man.

Other times, exec producers are original rights holders that simply had to be paid off. This can be applied to people who penned plays, created comic books, conceived computer games and wrote novels or novellas. Having these people credited is like having the original established star make a cameo to give as a seal of approval that will satisfy fans. Sometimes they are writers who, after having some success, negotiate a producer credit so that they can continue to have access to development meetings. Other times, exec producers are spouses, mistresses, hairdressers, friends in general, and even actresses who didn’t mind the casting couch process.

As long as a publisher has film connections, the right producer (executive or otherwise) can influence what a literary agent accepts. As for adapting a novel for the screen, big or small, there are so many famous film studios to choose from that it doesn’t matter if one studio agrees with the choice of star than the choice of director. This is because a famous name behind the camera can taint how people perceive a project (whether it be positive or negative expectations). Conversely, a studio can be averse to a relatively new star but can okay with an obscurte director as long as that director has lots of experience. Gone are the days when you could make a star out of a virtual nobody in a film with no established fan-base e.g. Mark Hamill in Star Wars, Tom Cruise in Risky Business or Ralph Macchio in The Karate Kid.

One of the problems to look out for is the possibility that a director wants to produce because he knows that you won’t let him direct it. As long as that director has clout, he can easily have control as a producer. From the studio’s perspective, this is an ideal situation in that the director provides artistic assurance but the lack of a directorial credential means that worldwide audiences can’t be judgmental even if the director’s name pulls them in as was the case with Tim Burton pulling in the crowds for Mystery Men (although Tom Waits insists that Tim was the true director). One particular strategy that calls for an actor to look at a director’s contract is one that involves a famous director tricking the actor into thinking that he’s doing more than a producer’s job.

Last words: The producers guild and many top producers are pushing to reduce the number of vanity credits in an attempt to avoid devaluing these producer credits.