This should have been the English title of what is known in Chinese as 打雀英雄傳 (Legend of Fighting Sparrows). Besides the fact that my title is reminiscent of Wheels on Meals (1984), the title suits the plot of this Shaw Brothers movie since none of the characters are particularly heroic. While some characters are noble, no-one attempts to save anyone’s life. This was the most notable screenplay that Wong Jing had written in 1981. Made in the summer and released in the winter, the movie is notable for how it predates Jing’s High Risk (1995) in ridiculing Jackie Chan. In Mahjong Heroes, we have a character named Jacky Chan because that was how Chan’s forename used to be spelt. The character played by Johnny Koo Kwok-Wah is a chubby idiot who is a goofy lecher. Johnny previously acted in Jackie’s The Young Master (1980), but would later serve as a cinematographer for movies which involved Jackie in some capacity i.e. The Protector before Twinkle, Twinkle, Lucky Stars followed by Stage Door Johnny (!) and that’s it. 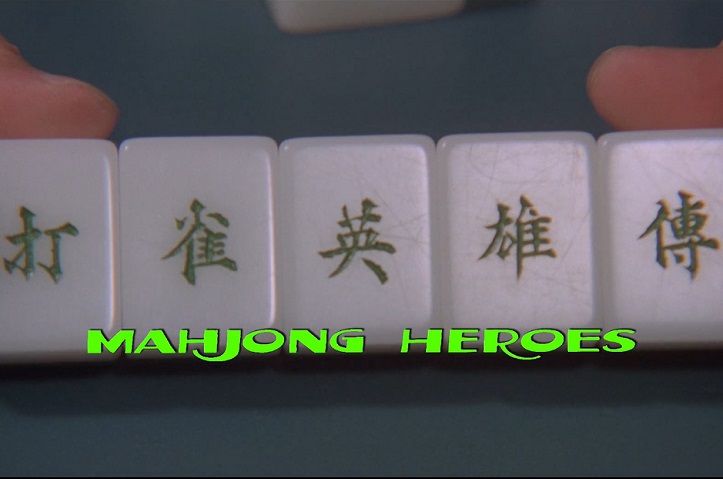 In Mahjong Heroes, Chin Siu-Ho plays a character named Johnson. This is almost a homophone since Johnson is the godson of Yau Bun-Lap, who is played by Kwan Hoi-San. In his first scene, Johnson apologizes on behalf of his simple-minded friend (i.e. Jacky) by saying that he behaves like a child. Wong Jing would later say the same thing about Jackie regarding the making of City Hunter in 1992 (albeit he meant this as a compliment). Interestingly, Mahjong Heroes contains a spoof of a scene from a Jackie Chan movie that had yet to be released. Dragon Lord, a sequel to The Young Master which was released in January of 1982, had a scene where Jackie needs his two friends because his memory is failing him during a poetry recital. The common denominator between Mahjong Heroes and Dragon Lord is an actress named Anna Ng Yuen-Yee. Jing is lucky that Jackie was okay with having him on board as the writer and director of City Hunter.

In the first and second acts, Mahjong Heroes plays as a parody of Drunken Master by having Johnson learn how to play Mahjong from a drunk old man who lives in the countryside. The drunk’s name (Ping Wu) is reminiscent of Yuen Woo-Ping, who directed Drunken Master. In general, Mahjong Heroes is something of a commentary on the old-school Kung Fu genre. When Johnson tries to gain the approval of a new Mahjong instructor, he has his reflexes tested by using his right index and middle fingers to catch a falling coin. This was done as a nod to Sammo Hung’s Warriors Two (1978), except that movie’s Sifu used a leaf for his disciple to catch. Mahjong Heroes has one fight scene but it’s played for laughs. The movie is in no way meant to be an action movie of any kind despite having a car chase in the third act. Chin Siu-Ho got to have more action scenes in an unofficial adaptation of the Wisely franchise. It was titled The Seventh Curse (which Jing had co-written and co-produced in 1986). Like in Mahjong Heroes, Chin played a bespectacled protagonist. 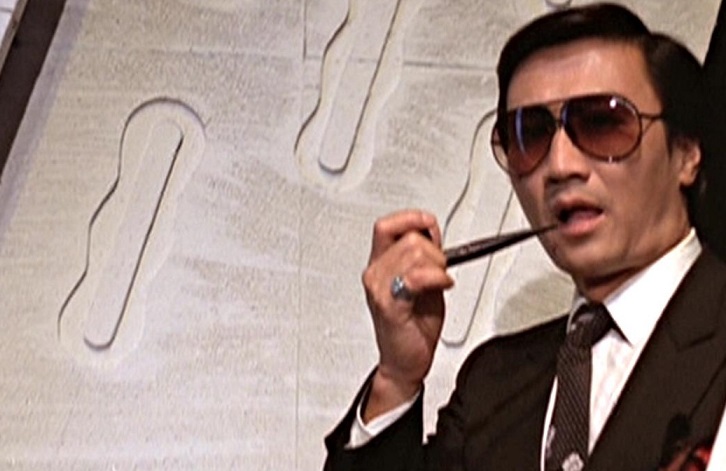 Made around the same time as Mahjong Heroes was Notorious Eight (co-written by Wong Jing), which has an elderly character named Chen Yun Long. This was a reference to Chan Yuen Lung – Jackie’s stagename in the early seventies, when he was mostly employed as a stuntman. While it may seem like Jing has it in for Jackie, Jing likes making fun of celebrities. You will often find that characters in his scripts tend to be named after Chinese celebrities. Peter Yang Kwan’s protagonist in Old Soldiers Never Die (1978) is named after Lu Feng, who usually played villains. Kirk Wong’s inspector character in Forever Young (1989) is named after Philip Chan because Philip was a policeman before he became an actor. Chingmy Yau’s character in Truant Heroes (1992) is named after Kwan Tak-Hing. Modern Romance (1994) had Sandra Ng’s character named Frankie Chan Bo-Chu as a reference to Connie Chan Po-Chu. Also, Bowie Lam played a doctor named after Alan Tam. For I’m Your Birthday Cake in 1995, Chan Hai-Fung played a sleazy lawyer named Andy Lau.

In Mahjong Heroes, we get to hear a character think like in a Sammo Hung movie (Sammo picked this up from Bruce Lee after learning about Game of Death). Another notable aspect of Mahjong Heroes is that it was Betty Ting Pei’s comeback movie. The last movie that she acted in was The Lawman, which was released on April 7, 1979. The reason for her inactivity is because she divorced Charles Heung in 1980. In July of that year, he married Tiffany Chen (who Charles had already been seeing before the divorce). Since the divorce, Betty’s only income was alimony. Jing explains just how difficult that it was to convince the producer in casting her: “Betty had fallen out with Mona Fong after Bruce Lee and I, but I convinced both ladies that casting Betty would remind people of her role in Michael Hui’s Games Gamblers Play. They were happy that our movie made more money. Our movie earned H.K.$ 6,493,694 whereas Michael’s movie earned H.K.$ 6,251,633 back in 1974.” 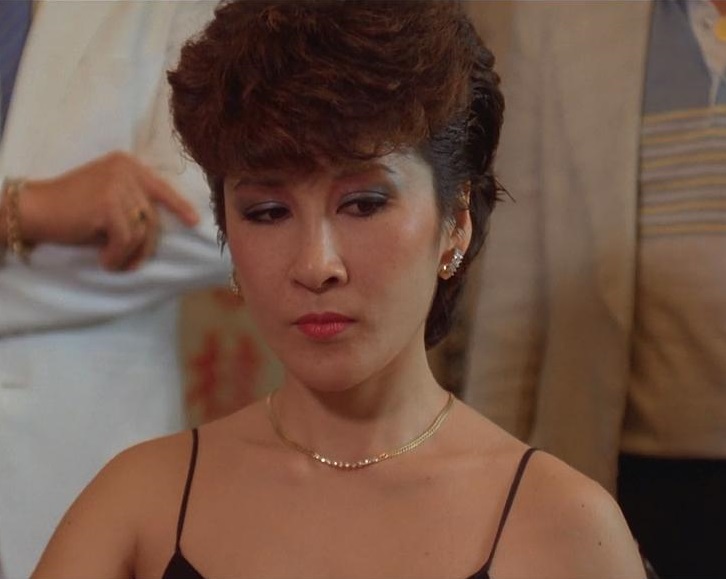 Mahjong Heroes was ruined by the ending being reshot. When you watch it, it’s obvious because Chin Siu-Ho’s hair changes after the scene where a voice from outside the house gets everyone’s attention. Tai Liang-Chun, a Taiwanese actress who plays Johnson’s girlfriend, couldn’t be called back for the reshoot because she was busy enough having to constantly travel between acting in Curse of Evil, The Young Heroes of the Street as well as The Pure and the Evil. To understand the original ending, I have to lay out some establishing details. There is a dialogue scene where we only see and hear Johnson’s second instructor talking to him. The instructor, Yin Xi-Liu, informs him that Mahjong depends on luck, opportunity and reaction. He also says that pride comes before a fall. This ties in with Johnson’s first instructor giving him another trifecta rule: timing, circumstance and people.

The godfather character is married to Betty’s character, who is having a private affair with Yueh Hua’s Triad character. The godfather has arranged a Mahjong match which involves Johnson and his godmother. Whoever wins gets to own nine Mahjong parlours and three clubhouses. The godfather leaves the house when the games reaches its conclusion. I won’t spoil the new ending, but I will give away the old one. The godfather collapses in his garden. Johnson’s girlfriend, Jenny, calls out for help. Johnson rushes out to hear his godfather tell him that his wife must have poisoned him to take ownership of everything that he has. Johnson embraces him as he dies. After the funeral, Johnson visits the graves of Jacky, the first instructor and his godfather. His godmother comes to him and gloatingly says: “Yes, I had three sparrows and you had three dragons, yet I have three clubhouses whereas you have lost three loved ones.”