Back to the Present

Back to the Future (1985) had an influence on Those Were the Days (1997) with it being a time travel story where a cocky guy learns to appreciate modern life after he finds himself transported thirty years in the past. Speaking of transported, Shu Qi from Jason Statham’s The Transporter (2002) has a small role in this film. The main character in Those Were the Days is a caricature of an arthouse director named Wong Kar-Wai. The film was written by Wong Jing, whose company had produced it. Kar-Wai’s Mandarin name is Wang Jia-Wei, hence why the caricature’s Cantonese name is Wong Jing-Wai. Adding to the confusion is a Corey Yuen film, Righting Wrongs (1986), where Melvin Wong played a character named Wong Jing-Wai. Tellingly, Jing decided to have Ekin Cheng’s character in Andrew Lau’s Mean Street Story (1995) be named Melvin Wong. Viva Erotica, a 1996 film also featuring Shu Qi, had Anthony Wong play a director named Wong Jing (although the film took a swipe at Kar-Wai as well). 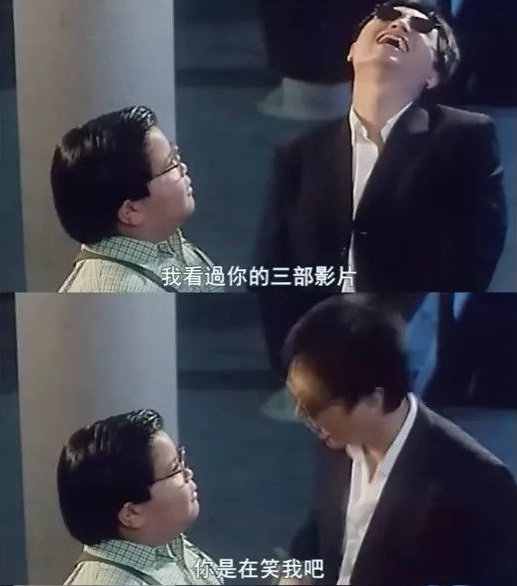 Like how Marty McFly’s parents (George and Lorraine) have no idea that they are talking to their future son when he is giving them advice on prom night, Jing-Wai gives advice to a young boy who he already knows as a nineties film-maker; although it could be said that Jing-Wai’s advice to Jing could be compared to the scene where Marty makes a boy think twice about his scooter after the skateboard chase.

In the 9/18/2001 issue of Giant Robot, Jing wanted to settle the score to folks about his so-called feud with the Cannes-winning director who he caricatured in this film (i.e. Kar-Wai’s Happy Together was screened at Cannes in May of 1997). Jing politely said: “Wong Kar-Wai and I are actually good friends. We often meet at my office and share a cup of Chinese tea. We both started the same year, working in television at TVB, but the media likes to separate us as opponents; sometimes even as enemies. I actually respect Wong Kar-Wai and his movies.”

Like how Marty plays a song that hasn’t been recorded yet, Jing-Wai makes a film that’s comprised of elements which haven’t been filmed yet. The Hong Kong theatrical release of Those Were the Days had lasted for 14 days. On September 10 of 1997, the film’s box office total was only H.K.$ 8,177,535, but it went on to accumulate a cult following on TV since the film would usually get aired in between airings of the films that it was paying homage to. Once Shu Qi became internationally recognizable, it gained some traction on DVD.

As a spoof of the film industry, it is more layered than Jing’s High Risk (1995). To get a better idea of the content in Those Were the Days, imagine a film which combines the magic-induced lesson of Groundhog Day with the revisionist nostalgia of Once Upon a Time in Hollywood, except considerably more sincere. Jing was timidly asked by Vincent Kok Tak-Chiu about how to play Jing’s father, Wong Tin-Lam. Vincent was told: “You shouldn’t worry about cinéma vérité authenticity because you’re the perfect lookalike. This is a parody, not a documentary, but don’t force your performance. Just relax, and it will come to you naturally.” 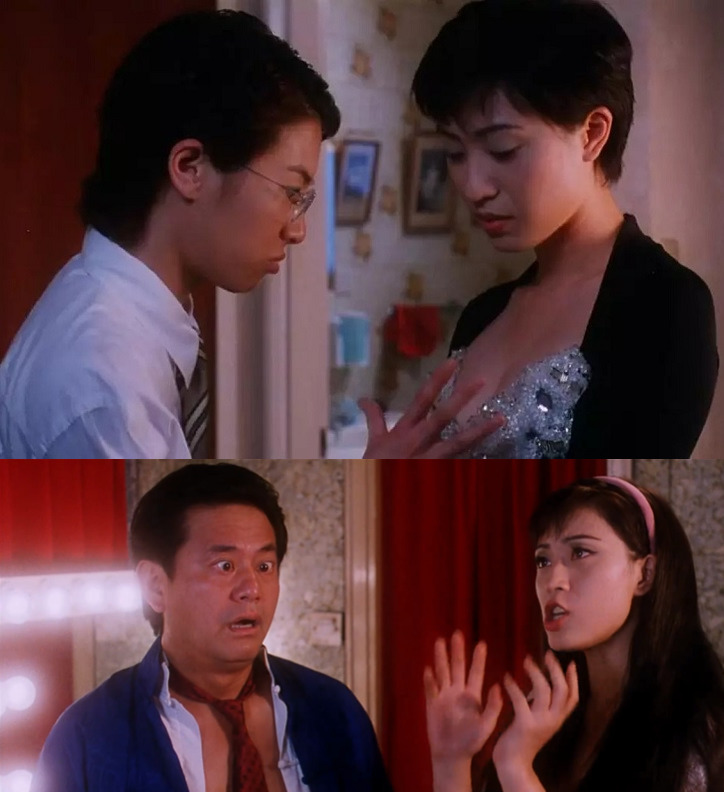 It was reported by H.K. newspapers on August 13 of 1997 that the previous day involved filming a première scene at the Causeway Bay’s Sun Do Theater with a group of actors impersonating the stars of the day. The film began playing in H.K. cinemas on August 28. Tam Ka-Wai, the actor who plays the young Jing, was a victim of hazing by his fellow cast members, each of whom had their own grievances about the real thing. It was all meant in good fun as opposed to malicious misconduct, although I feel bad for the boy being a scapegoat for actresses who felt exploited and actors who felt humiliated.

Nat Chan, the cross-eyed man in the above image, wanted revenge for Jing naming a character after him in Hail the Judge (a 1994 period movie starring Stephen Chow). As such, Nat enjoyed pinching Tam’s cheeks and insulting him within earshot of Jing. Nat told an inquiring Jing why he had ad-libbed dialogue: “I’m taking the opportunity to torture you, chances like this don’t come by everyday.”

Those Were the Days was the fifth H.K. film to have that title. 1995 and 1996 each had two films with that title. It would take another three years for a sixth one to be released. Like how Jing’s Hong Kong Playboys (1983) was the first installment of an unexpected film series based around a character named Lolanto, this film is the second one after Whatever you Want (1994) to feature the Jing-Wai character. What weakens the effect is that the actor who plays him (Dayo Wong Chi-Wah) isn’t the same as the first (Tan Lap-Man had a busy TV schedule in 1997).

Like Robert Zemeckis but moreso, Jing knows how to cast a lookalike. In 1991, Jing knew what it was like to be Mr. Z when he filmed two versions of a time travel film. While Those Were the Days wasn’t a runaway hit at the box office, it managed to outperform a couple of Hollywood movies – Kurt Russell’s Breakdown and Michael Jai White’s Spawn. Both had bombed without a trace! To truly appreciate Those Were the Days, you should read the glossary at the end of this page.