Sara Dinkin is a style visionary and artistic influencer. It’s a coincidence that she looks like someone in Kristen Stewart’s social circle – fellow lady lover, Juno Temple. Sara’s talent in trendsetting led to being in demand as a celebrity stylist for talent including Rumer Willis, Chloe Bennet, Jessica Szohr, Sarah Rafferty, and many more. Brands who’ve aligned with Dinkin include Jacquie Aiche, Gladys Tamez, RVCA, BCBG, Mother Denim, and many others. Dinkin has created her own personal web series, Fancy Hipster TV. She executive produced, styled and directed a short film (Love Has No Age) that premiered at the SXSW Film Festival 2015. She has interviewed a few people for her blog, Fancy Hipster, which focuses on underground talent before it goes mainstream. She rarely writes live music reviews. I wanted to use her blog as the basis for this article which is about her being influenced by fashion icons. Detect the trend… 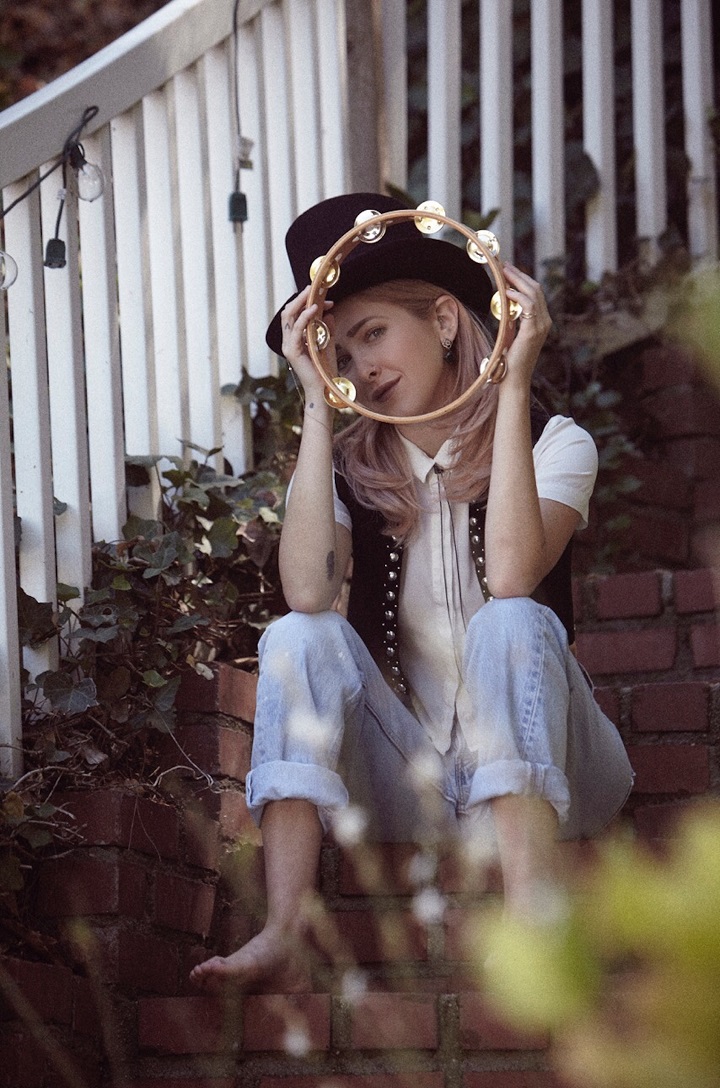 This is one of my absolute favorite songs by Fleetwood Mac. Stevie Nicks has always been a major style influence for the bohemian side of my soul. Living in Laurel Canyon really brings out the boho aesthetic not only in my home, but also in my everyday style. Everybody has their “go to” uniform in their ensemble, mine typically consists of a pair of vintage levis, mom jeans. This “Suede Cropped Vest” really spruces up that look. 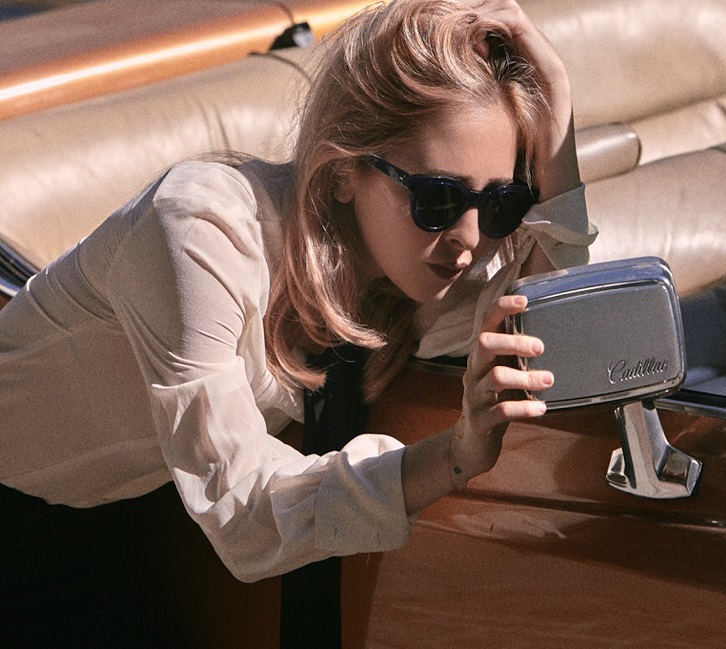 This shoot was inspired by Patti Smith and her dark, yet feminine song, “Dancing Barefoot”. Patti was a true style icon in my eyes. Some know her for her book “Just Kids” with Robert Mapplethorpe, others know her as the “Godmother of Punk”, artist, feminist and poet. I truly believe she paved the way in the seventies for androgyny today, with her trendsetting style. I think her effortless Tomboy look was/is so sexy and appealing. Patti never cares what anyone thinks of her and I think that’s what truly makes her a trendsetter and ultimately a badass rebel. This “Mademoiselle Pussy Bow Blouse” can be worn with a pair of black trouser pants like I have shown, or it can be paired with a skirt and vest this Fall, for a more femme look. 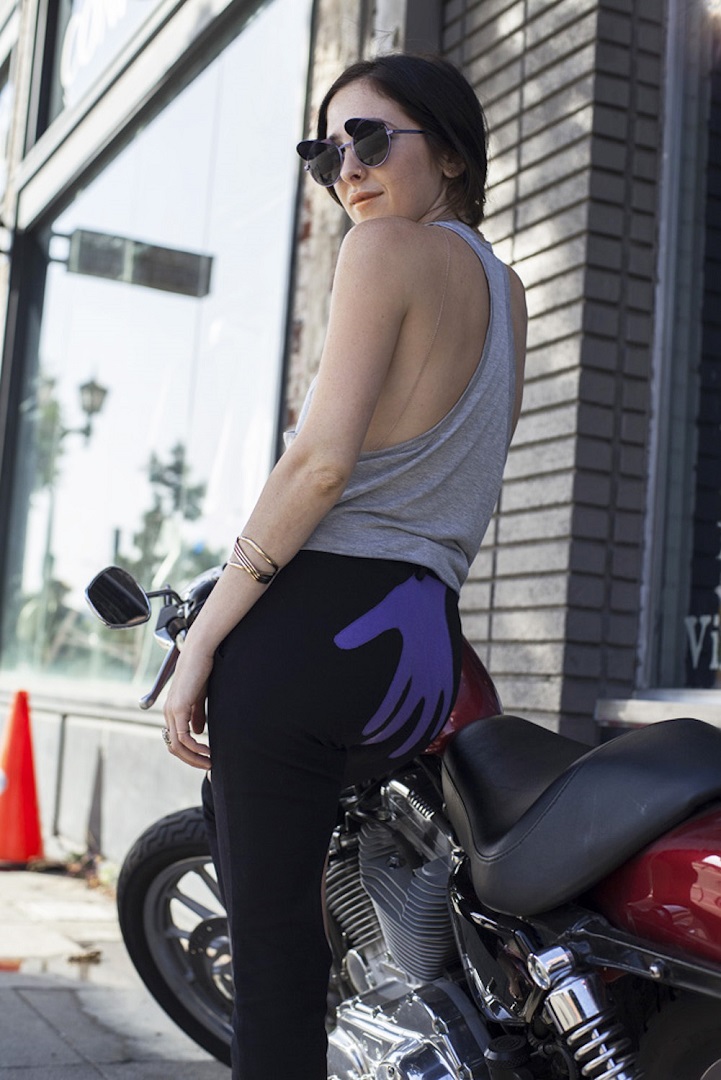 I bought these pants a few months back when Yoko Ono came out with her menswear collection at, Opening Ceremony. The design aesthetic was based on her sketchbook from the 60’s. These ‘provocative’-to-some pants are actually for men, but I made sure to alter them and rock them. They are so soft and cozy with airway passages on the inseam. I am also wearing a Reformation razorback tack, and Henry Holland sunnies, Body Chain by Bliss Lau, and cuff by Nissa. 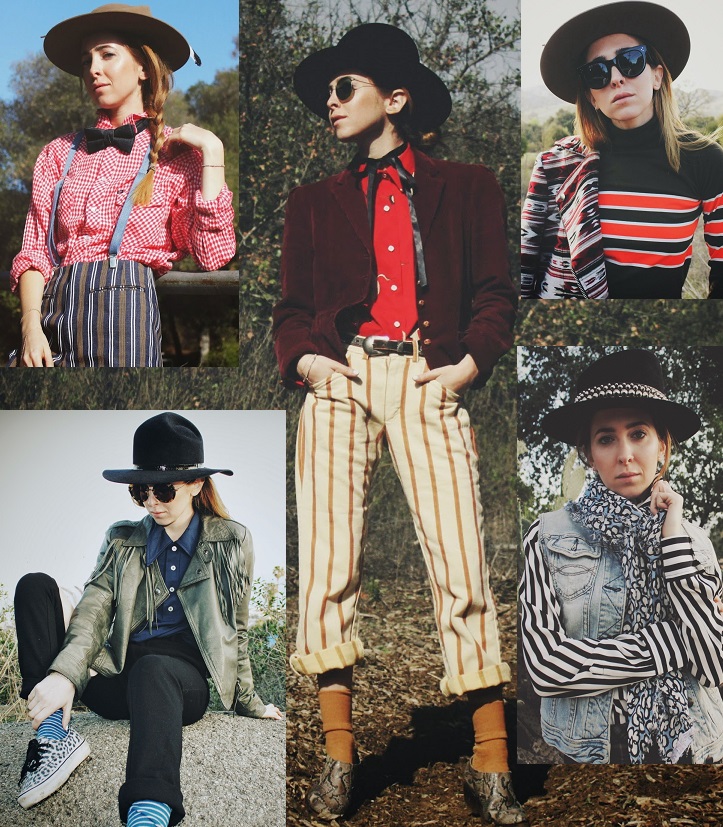 I often find myself waking up and picking out the most boyish basics I own in my closet Tara Nichols styled me for this project she has created where she dresses girl friends that she knows in menswear as well as pieces from women’s that have a more boy-ish flair to them. We shot these looks in Topanga Canyon. The aesthetic for the shoot was of a Western nature. These looks were channeling my favorite musicians: John Lennon, Bob Dylan, Janis Joplin, Jimi Hendrix, and Mick Jagger. 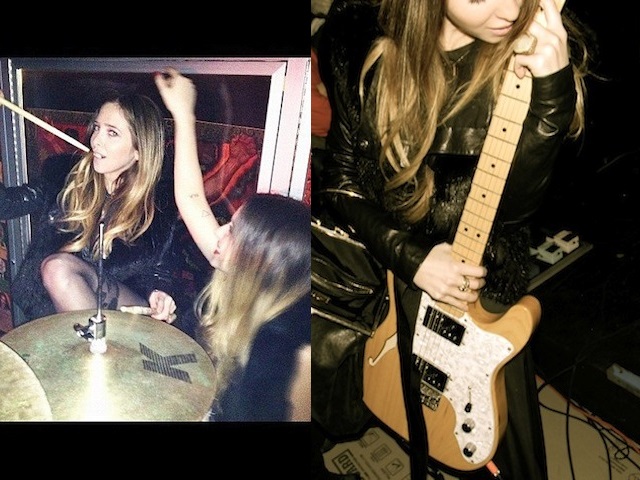 Editor’s note: Sara prefers rock music to Dubstep, which makes her stomach turn and her teeth grind. She once had a crush on Marilyn Manson. One of her favourite movies is Almost Famous.