I believe that the film studio responsible for adapting the Divergent novel series have been dishonest. I don’t think that Lionsgate intended to follow through on making a final sequel. If they did, they would have shot it back-to-back like they did with the final entries of The Hunger Games i.e. the Mockingjay movies (or what I like to call the Mockingjay duology). They also did this with the closing Twilight duology i.e. Breaking Dawn. Between these two duologies, Twilight made the most money overall. The final Mockingjay had a sharp decline in sales. People could argue that Lionsgate set forth a similar divide-and-conquer proposal with Allegiant because Mockingjay: Part 1 took in more money than Breaking Dawn: Part 1. Tellingly, Allegiant was made before the release of Mockingjay: Part 2 in November of 2015. This, alone, sealed the fate of the Divergent team. 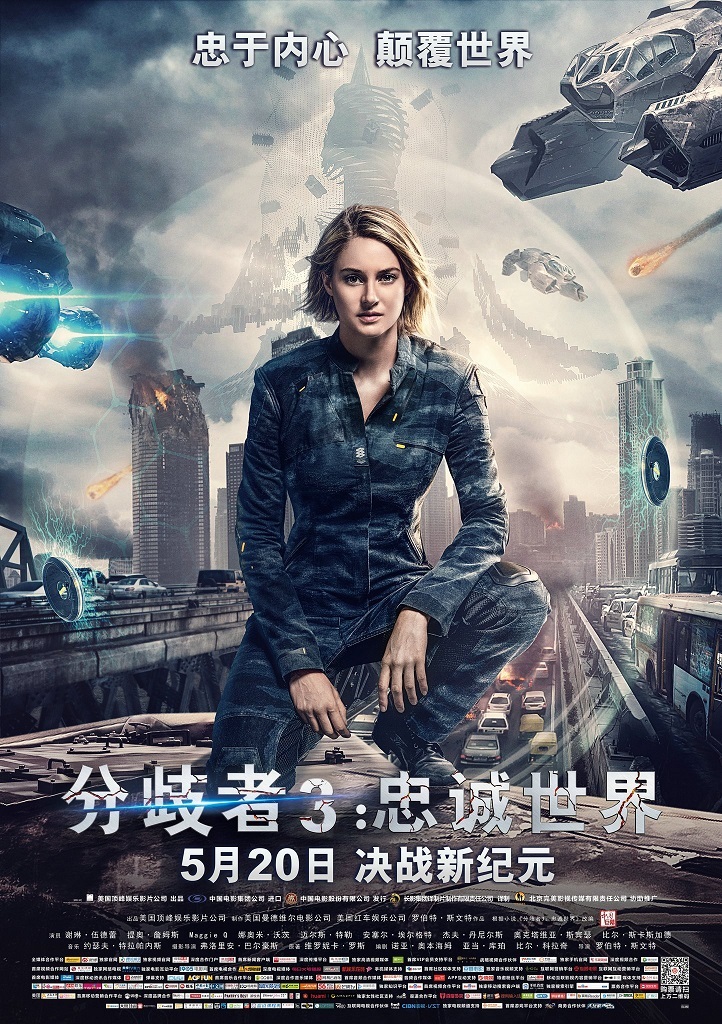 By the way, the above poster is Chinese, not Japanese. Anyway, it was obvious to accountants that domestic business was already dwindling. Divergent earned 150 million then Insurgent earned 130 million. It would have been obvious to even the online community that there was a decline. I haven’t even touched on The Maze Runner yet. The second movie of that franchise, The Scorch Trials, didn’t make as much money as the first one, so that sort of set a chain of events in motion for how Allegiant was made. Lionsgate began making Allegiant two months after the release of Insurgent, which came out in March of 2015. Insurgent was completed before The Scorch Trials came out in September, so it became even more obvious that the trend was dying out by the time that it was March of 2016. Of course, the release of Mad Max: Fury Road in the summer of 2015 didn’t help matters much.

That movie came out a few days before Allegiant began filming. 20th Century Fox were smart. They kept the budgets of the Maze Runner sequels way below 100 million, and they wised up about not splitting The Death Cure into two movies. The accountants working for Lionsgate must have predicted that Allegiant would make 110 million, so the downward turn should have made them realize that the budget would need to be reduced. Unfortunately, the budget for Allegiant was the same as Insurgent (110 million). This was made all the more unnecessary by the fact that the movie diverges from the source material in ways that are more costly. You have to be cynical about whether Lionsgate really intended to go through with dividing Allegiant into two movies. Compare the shooting schedule with other divisions. The Breaking Dawn duology were filmed one after another i.e. from November 2010 to March 2011.

Now, you compare that to Harry Potter; it’s different because it took over a year to film both parts of Deathly Hallows, but they held off releasing the first one until they made the second one. If Lionsgate were being genuine about wanting to do a second Allegiant movie, it would appear that they were waiting to see how much money that Allegiant did before they placed their bets. From the offset, they knew that there was no guarantee of there being a sequel. By the way, the below poster is not Chinese; it’s Japanese. Back to Fury Road, most people would agree that it was the best apocalyptic movie to come out in 2015, but even that movie didn’t rake in as much cash as Mockingjay: Part 2. It still, however, made a significant amount more than Insurgent. It was also more expensive than Insurgent, which might explain why Lionsgate refused to scale down the budget for Allegiant. 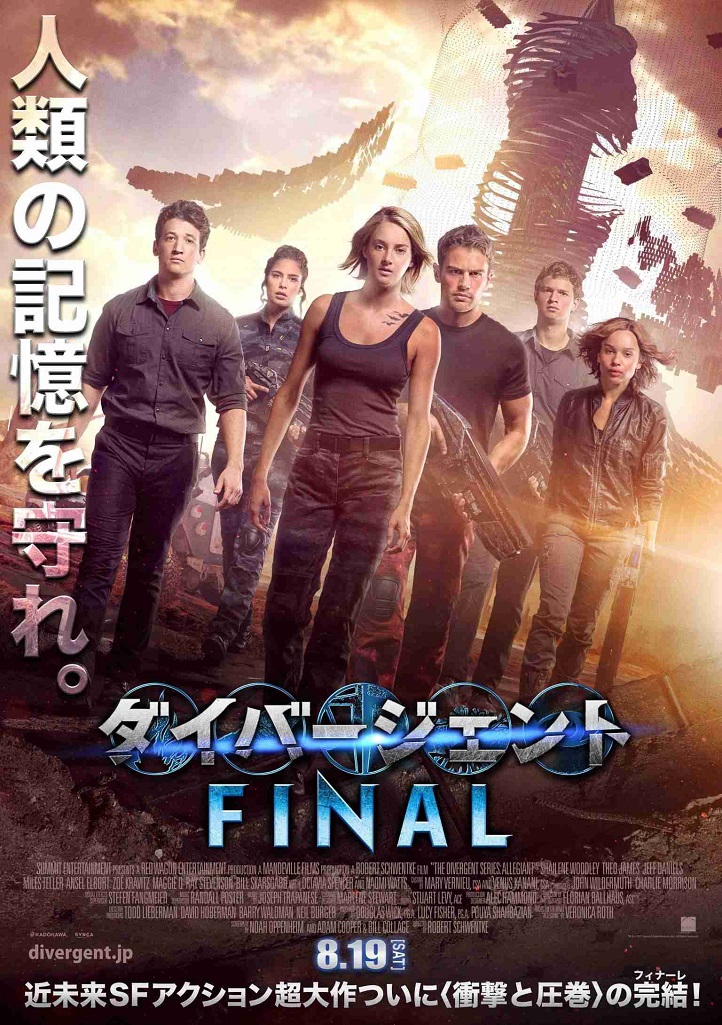 They were probably perceptive enough to realize that audiences everywhere were getting sick of the cliché of dismantling a novel into two movies. Audiences had already seen it happen three times, which is why Allegiant wasn’t titled The Divergent Series: Allegiant – Part 1. That title, alone, would render any sense of suspense from the proceedings null and void, especially since the protagonist died in the novel. The decision to kill off Beatrice Prior didn’t sit well with fans, and Lionsgate were smart enough to realize that they couldn’t afford for Allegiant to be boycotted. Supposedly, the final entry was going to be called Ascendant, but this doesn’t make sense because you have to wonder how Tris is ascending. The official story is that Allegiant was such a box office bomb that a sequel could only be done as a TV movie.

If they were genuinely willing to pull back on the budget by demoting the project to a TV movie then they could have done the same for the cinemas. At the end of the day, a TV budget would disrupt the visual continuity of the predecessors. Nor does it make sense that Lionsgate had contemplated turning Ascendant into a mini-series since there wasn’t much left to adapt from the source material. The only way that a mini-series would work would be if they adapted the Rashomon effect of the novel by constantly oscillating between Prior’s perspective and Four’s perspective. I have a theory that the studio wanted to change the ending of Allegiant so that Tris lived, but they diverted novelist Veronica Roth with the promise of a sequel in case she refused to participate in generating positive publicity.

The ending of the movie may seem open-ended with David surviving, but he survived in the novel as well. The ending in both mediums was simply a way of saying that the powers that be will always be there, they just have to learn to live with the teens who equally have to put up with the grown-ups. Teens can make a difference but the adults will always have the final say. You don’t need Tris dying to point that out. Lionsgate didn’t want to have a sad ending, so they used the excuse that the next movie couldn’t be made because Allegiant didn’t do all that well at the box office. If the box office result of Maze Runner: The Death Cure (2018) is anything to go by, audiences found Allegiant to be way less of a diversion.