After doing publicity for two rival films (Universal’s The River and MGM’s Mrs. Soffel respectively) which were released in 1984 (December 19 and December 26 respectively), Mel Gibson left Hollywood to return to Australia where he spent most of his time being a farmer. Mel didn’t even do any Australian films (Mad Max Beyond Thunderdome was already completed before 1985), but he didn’t entirely quit being an actor since he narrated a 1951 Daphne du Maurier novel titled My Cousin Rachel. The audiobook was released in 1986 when Mel’s name was still in the public eye thanks to a couple of books about him that were written by Keith McKay and John Hanrahan respectively (i.e. published in February and May). The below photos depict Mel, agent Ed Limato and actress Michelle Pfeiffer attending the Los Angeles premiere of Meryl Streep’s Out of Africa on December 10, 1985. 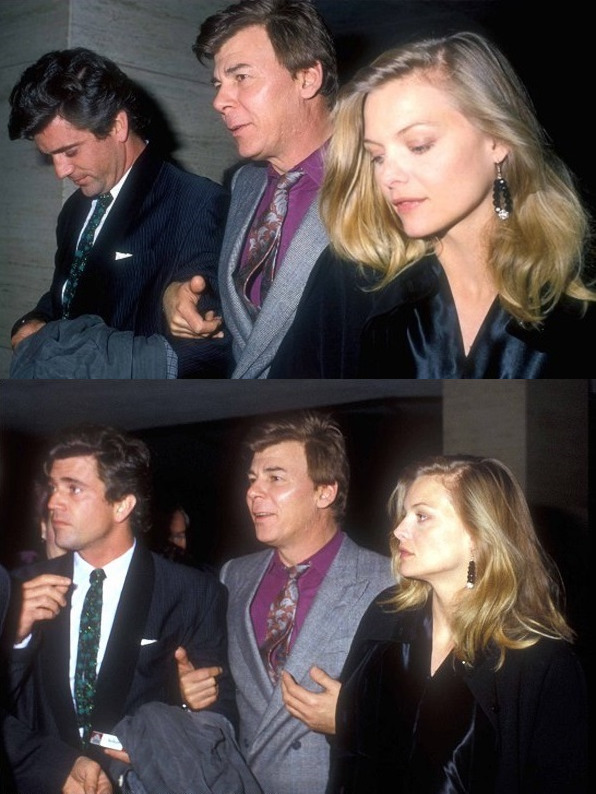 Despite having a drinking problem that hampered his pre-hiatus films, Mel Gibson wasn’t too much of a pariah. In fact, he began filming Lethal Weapon in late 1986. As for Michelle, she acted with Mel in 1988 for a film titled Tequila Sunrise. In this interview to promote Bird on a Wire (released in May 1990), Mel was told by John Huntley that he was brave for taking the hiatus despite the momentum of his career. Mel remarked: “It wasn’t that brave. It’s because I was more frightened of the business than I was afraid of cutting it short there for a while.”

John suggested that Mel was happier around cows than Hollywood agents. Mel disagreed by saying: “No, not necessarily…but it was just a good thing to have done. Things slow down a little bit. You haven’t got to be on the run so much, and you occupy your mind with things other than yourself all the time. So you come back rejuvenated in some way, and you have a perspective on what it is and what was that you’re caught up in the job, and at the time you’re too busy just surviving in it to actually be able to sit still and look at what it is you’re doing.”

Speaking of survival in Hollywood, director Mike Figgis was told by Mel in 1998: “I had a whole bunch of weird paranoid suspicions about what the Hell was going on because there was a lot of stuff I couldn’t understand, and nobody was really bothering to explain it to me. I formed a bunch of opinions about the town and about the people in it. You go away and you think No, no, I was wrong. That’s insane thinking. I’m paranoid. I…imagined that stuff. That couldn’t be the reason for why so-and-so was acting like…could it? Then you find out later on that some of your worst nightmares were real.”

In the spring of 2002, Gibson went into a bit more detail in his interview for Michael Parkinson’s BBC show: “You imagine all these horror stories there that you think Boy, it seems as if I’m being sacrificed over here. No, that couldn’t be true. Then you realize that it is true, and that you have to…I just left for a while, and took a couple of years off.” 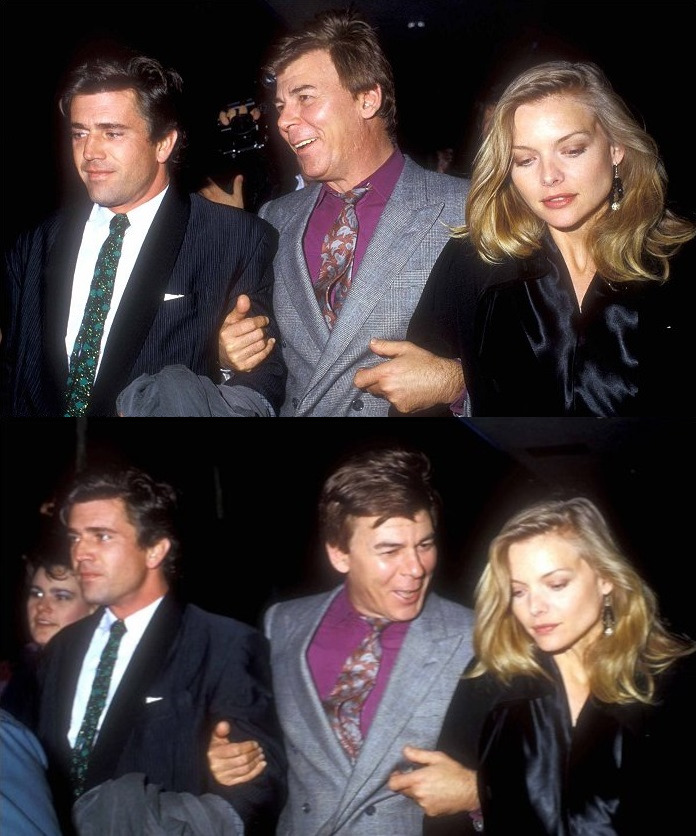 I’m reminded of Jackie Chan, who left Hong Kong for Australia in 1974, briefly returned to Hong Kong, returned to Australia in 1975 and then more or less stayed for good in Hong Kong circa 1976. Coincidentally, Jackie almost did a movie with Mel Gibson. The latter was considered for the role that went to John Cusack in Dragon Blade (2015). In his interview with Mike Figgis, Mel described Hollywood using Wild West and haunted house analogies. In this instance, I will describe his farm retreat by using the analogy of recording an album. When a band wants to stay away from temptations in the form of alcohol, drugs and women, they will record their album in a remote, if not desolate, location.

In this 1993 Australian TV interview, Gibson gave an answer that referred to both his alcoholism and paranoia. Regarding the latter, he said: “It’s pretty hard to deal with that change in life, especially when you’re young. You don’t know who to trust, and there are a lot of people knocking on the door who you shouldn’t trust.”

In magazines, he was more candid. In the mid-August 1989 issue of a British magazine called Radio Times, Mel said: “I had to clear my head. Hollywood is a seductive place, especially for someone with an exuberant personality. I was in real danger of stepping off. I don’t think that exists any more. I’m not worried any more. What’s the point? Where’s the time to worry?”

In the May 1989 issue of a British magazine called Blitz, Mel clarified how bad that his hedonism was: “It was all too much. I’m a guy that dances on tables, puts lamp shades on his head, sticks his d!ck out in crowds. But I’m married now, got kids. I figure stay healthy, live longer.” 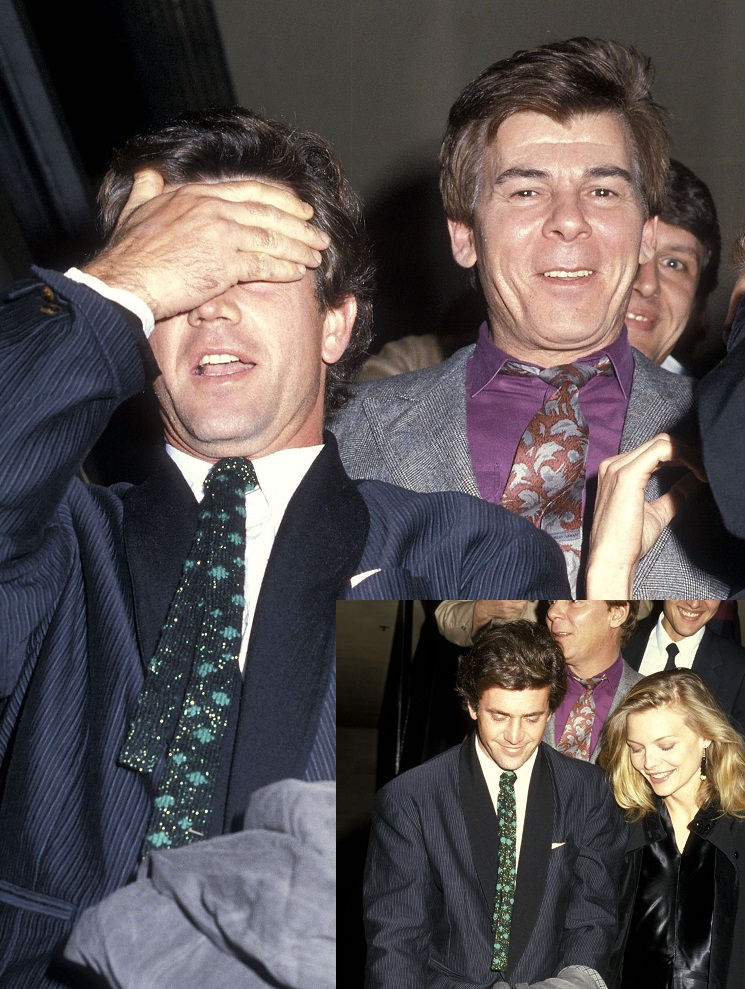 In the February 2, 1991 issue of an Australian magazine called New Idea, Mel said: “We all experience anger on all levels. Sometimes you’re so angry – maybe over some injustice – that you can’t even sleep. In your own mind, it gets churned over…and you end up with murder in your mind. And that’s not healthy. You’ve got to take a deep breath. I sometimes blow, usually vocally. I used to get into punch-ups when I was younger. That’s stupid. You can end up dead. You can take somebody’s eye out…and never forgive yourself. I always felt terribly guilty later.”

In the March 16, 1985 issue, Mel talked about preferring the egalitarian attitude of working on an Australian film unlike the Hollywood politics of making a movie where the star is king. He also said: “I just don’t like being the main attraction off-screen and I hate going to parties when I am supposed to be the centre of attention. I just like to blend in with the crowd. I don’t consider myself a star; I’m an actor, that’s all. That prima donna sort of attitude is a load of rubbish, anyway. It’s unintelligent to assume you have more power – or can be rude to people you’re working with – just because your name is top of the cast list. It’s stupid because, in the end, you’re only wrecking your own performance. Of course, you can play those games and make other people so nervous that you come out of it looking great while they look rotten. Relaxation is the key to any skill, and you can’t be relaxed if you’re doing that. No, I’ve got no time for all that star nonsense.”

In the February 4, 1985 issue of an American magazine called People, Mel hinted that his hiatus from Hollywood was also because he didn’t enamour himself to the people who he was working with: “In L.A., actors and directors are very…defensive, so I try to be funny. They don’t appreciate it one bit. I’m only trying to put them at ease because I’m freaking out as well.” 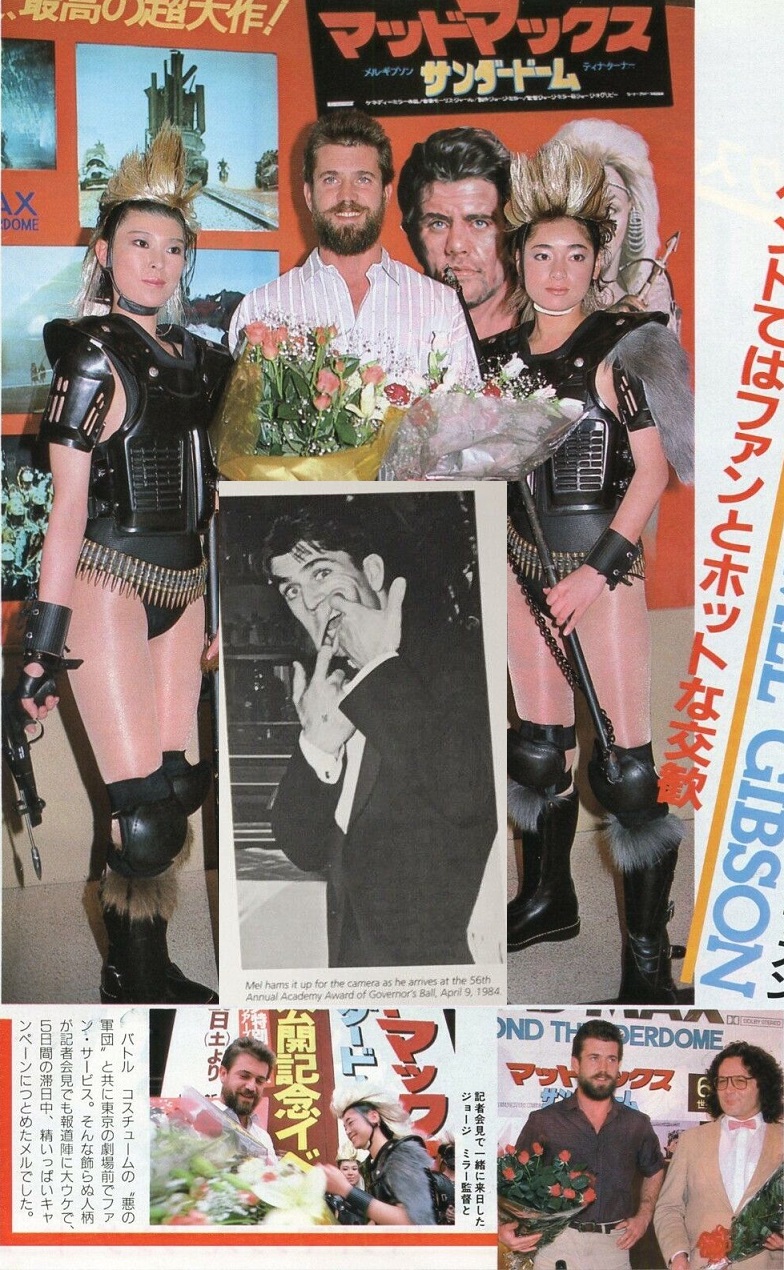 I included an example of Mel’s humour from Keith McKay’s book. I had to put the image on top of the Japanese magazine page because someone placed a watermark on there so as to sell it on eBay. Mad Max Beyond Thunderdome was released in Japan before anywhere else – two weeks before its U.S. release, and a month before its Australian one. This suggests that the film may have got its financing from a Japanese investor or two. The film was released on June 29, 1985. The photos depict Mel and director George Miller in Tokyo. Back to what Mel alluded to before about the dangers of Hollywood, he confirmed that he knew people like his character in Payback during this 1999 interview for Entertainment Tonight.