The Yang to my Yin

Most literary agents and publishers demand that the word-count of a début novel should not exceed 100,000 words (a.k.a. 100k) or even 80k; so I divided my 120k novel into two manuscripts, which were then extended to 80k. As such, I divided the list of comparisons that I made i.e. film reviews which sum up my opinions of the novel. The following reviews come from Halliwell’s Film Guide and they either represent parts or the whole of what I think about my fourth novel, which originated as an extremely complicated sub-plot from what will now be my fifth (and final) novel.

2)    Arlington Road (2 stars): Clever psychological thriller, in which the paranoia is justified.

3)    The Assassin (1961): A careful, detailed and wholly enjoyable character study, somewhere between comedy and drama.

4)    Before the Rain: Three separate stories intertwine in a gripping drama although the connections between them are not evident until the end.

5)    The Beautiful Troublemaker: A penetrating tale on the themes of obsession, art and love. It offers little in the way of conventional narrative.

6)    The Big Bang Theory: Episodic tale that deals sympathetically with the dispossessed and treats with disdain those that abuse their authority.

8)    Breaking the Waves: It has a raw, emotional power rarely encountered in films. It features self-sacrifice through sexual degradation.

11)  Chinatown: Teasing, complex mystery that uses the conventions of detective stories to explore civic and personal corruption in a modern way.

12)  Chocolat: Cool, distanced account of racism and its effects.

13)  Chungking Express: A mood of nostalgia-tinged melancholia pervades an enjoyable tale of being caught in a web of optimistic disappointment.

14)  Clerks: Witty, episodic, foul-mouthed account of the slacker generation doing what it does best – nothing in particular. It’s inventive.

15)  Cocoon (2 stars): Unusual, amusing and sentimentally effective tale of the kind which gets hearty word-of-mouth recommendation.

17)  The Defiant Ones: Schematic melodrama (about ethnic rivalry) with a moral (putting aside differences for a common cause). Impeccably done.

18)  Do the Right Thing (3 stars): Complex, witty, street-wise and passionate tale about racism.

19)  Donnie Brasco: Concerned less with their actions than their characters, giving it an tragic intensity as two contrasting loyalties collide.

20)  The Elephant and the Bicycle: A charming fable of art’s transforming power or the ability of people to read into it. Realistic and escapist.

21)  The Enigma of Kaspar Hauser: A disturbing and affecting account about confronting humanity at its best and worst.

22)  Exotica: Elegantly devious drama about sex and the unexpected connections between people told in a deliberately enigmatic way.

23)  Fallen Angels: Lonely people going from doom-laden despair to loud comedy. Probably an acquired taste but an interesting and unusual one.

24)  A Few Good Men (2 stars): Slick, engrossing drama in which audiences can cheer the hero and hiss the villain.

25)  The Full Monty (3 stars): Clever, enjoyable comedy about salvaging self-respect and baring all, emotionally as well as physically.

26)  The Game: A high-energy paranoid thriller that plunges its protagonist and the audience into a world where nothing is to be trusted.

27)  Guelwaar: A comic and ironic tone pervades an engaging tale of bureaucratic bungling, chauvinism and civic as well as national corruption.

28)  Happiness: A bleak drama, verging on the misanthropic but lightened by a cutting wit, on the damage that people can do to one another.

29)  The Hitcher (1 star): Grim little fable, maintaining a sweaty suspense to the end.

31)  In the Heat of the Night: A tense and exciting thriller that explores racism through the explosive clash of two contrasting personalities.

33)  If: Obscure narrative. Clever cutting. Variety of pace. It catches perfectly a mood of rebellion and dissatisfaction with the status quo.

34)  Lamerica: Powerful as well as bleak drama of appalling despair and of the humanity that somehow survives in the direst situations.

35)  Life and Nothing But: Complicatedly affecting tale of love, disillusionment, individual tragedy and national pride.

36)  Live Flesh: Colourful, intricate, entertaining drama of love, loss, revenge and passion – moving from a time of repression to freedom.

38)  Ma Vie Sexuelle (2 stars): Complex and talkative disquisition on love, responsibility and the duality of adultery.

39)  The Man Who Could Work Miracles (3 stars): Slow-moving but rather pleasing variation on a simple theme.

40)  Marathon Man (3 stars): Complex mystery thriller which finally settles down to being a simple shocker with a nick-of-time climax.

43)  Mina Tannenbaum: Assured exploration of the lives of two people growing up. It starts light-heartedly and becomes much darker.

44)  Mountains of the Moon (2 stars): Exuberant and engrossing epic that catches the mood of the times.

45)  My Ain Folk (3 stars): Stark account of narrow and damaged lives, told with an intense sympathy.

46)  My American Uncle: Fascinatingly assembled but basically pessimistic dissection of human life. The American uncle is the piece of good luck.

47)  Nil by Mouth: An unsparingly bleak account of devastated life, where drinks provide a momentary escape and masculinity is measured by size.

48)  Of Mice and Men (3 stars): A strange and unexpected tragedy which has strength and is very persuasive.

49)  Once Were Warriors: A powerfully emotional and often disturbing drama making its points with sledgehammer force but also tender.

50)  One False Move: A tough, complex, suspenseful thriller-cum-road movie that also finds room to concern itself with relationships and racism.

51)  One Flew Over the Cuckoo’s Nest: Amusing. Horrifying. Sums up anti-government attitudes as well as make love not war. Impossible to ignore.

53)  Paths of Glory (4 stars): Incisive melodrama chiefly depicting the corruption and incompetence of the high command.

54)  The Rules of the Game (3 stars): Satirical comedy with a uniquely bleak outlook.

56)  Sansho the Bailiff: A tough tale of oppression, injustice, sacrifice and redemption. The beauty softens the harshness but not the power.

58)  The Shawshank Redemption: A melodrama of wasted lives and male bonding with a twist ending. It veers between toughness and sentimentality.

59)  Shine: Moving drama of tragedy and redemption that evokes a man’s alienation from his roots, his disintegration and his re-emergence.

60) The Sixth Sense (3 stars): Spooky story with a twist ending that changes the focus of what has gone before. It’s both clever and disturbing.

61)  The Sweet Hereafter: A complex and compelling retelling of a tragic event, flashing back and forward in time to present the details.

63)  Talk Radio (2 stars): Powerful, virulent near-monologue of a mind at the end of its tether.

64)  Tango (3 stars): An outrageous black comedy. A witty examination of masculine and feminine attitudes to life.

67)  Three Colours – Red: A delicate and intricate study of coincidence and destiny, of the fragile means that link one person to the next.

68)  The Tin Drum (4 stars): The emphasis is sometimes on sex. It succeeds in depicting a frightening world where reason is overthrown.

69)  To Sleep with Anger (2 stars): Engrossing drama of social disintegration.

71)  Touch of Evil (4 stars): An overpoweringly atmospheric melodrama but very cold. The plot takes some following.

72)  The Tragedy of a Ridiculous Man: Engrossing study of contemporary terrorism and individual responsibility. Partially enigmatic.

73)  Trouble in Paradise (4 stars): A masterpiece of comedy with sparkling dialogue, innuendo and masterly narrative.

75)  The Usual Suspects: Excellently gripping thriller that plays tricks with its audience. Its refusal to come clean until the end is appealing.

76)  Vagabonde: Disturbing chiller about the accidental collisions of people’s lives and the changes they cause, with an enigma at its centre.

77)  The Wages of Fear: This fascinating story resolves itself into a suspense shocker with one craftily managed bad moment after another.

78)  Wise Blood (3 stars): An odd story that’s not easy to like but with many impressive moments.

79)  The Woman in the Window: An intelligent thriller with an ending that is a decorative extra to a story which already ended satisfactorily.

80)  Yol: Rewarding if heavy-going saga which exhausts the spectator almost as much as its long-suffering characters. It feels like an epic. 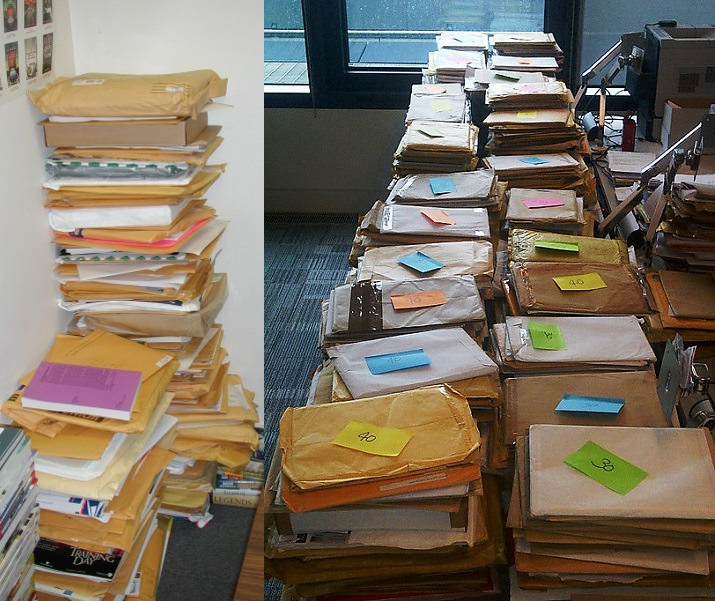 Here are the rejections which I received when I submitted a cover letter, synopsis and samples to literary agents in 2013:

Sharon: “Thank you very much for sending in your submission which I read with great interest. Your writing style is engaging and your storyline is really interesting. However, we have decided to decline as it does not fit with our list.”

Sophie: “Many thanks for your letter regarding your novel. Please accept our apologies for not getting back to you more quickly. While we do think the novel sounds potentially interesting, I’m afraid it’s not quite right for us.”

Lara: “Thank you so much for your query and for your patience while I considered your work. I’m very grateful for this opportunity, and I think there is a good deal to recommend your work. However, after careful consideration, I’m afraid I don’t feel I’m the right agent for this project. As you know, this is an incredibly subjective business, and I’m certain another agent will feel differently.”

“I’m truly sorry not to be able to offer you representation at this time, and I wish you the very best of luck in finding the perfect home for your work (as I have no doubt you will). One of the most difficult parts of this job is having to pass on projects, often on promising projects with great potential. Yet, like all agents, I can only take on a small fraction of the work I see – an unfortunate business reality.”

“I have enormous respect for authors, not least because it takes great bravery to share your work with others. For that reason, I very much hope that you keep this one pass in perspective. As you know, all it takes is one Yes. I wish you great success in finding that Yes, whether with our agency or with another agent or publisher. Thank you so much, again, for thinking of me and for giving me this opportunity to consider your work. I will keep my fingers crossed that I see a deal for your work soon.”