Even with the enormous respect that he has for Bruce Lee, Wong Jing doesn’t think that 1972 was the golden year for seventies Kung Fu movies despite the fact that Bruce filmed Fist of Fury, The Way of the Dragon and the incomplete Game of Death. The following passage highlights what Jing thinks was the best year for `70s Kung Fu cinema and why (in an excised excerpt which was exclusive to my English translation of his 2011 autobiography): 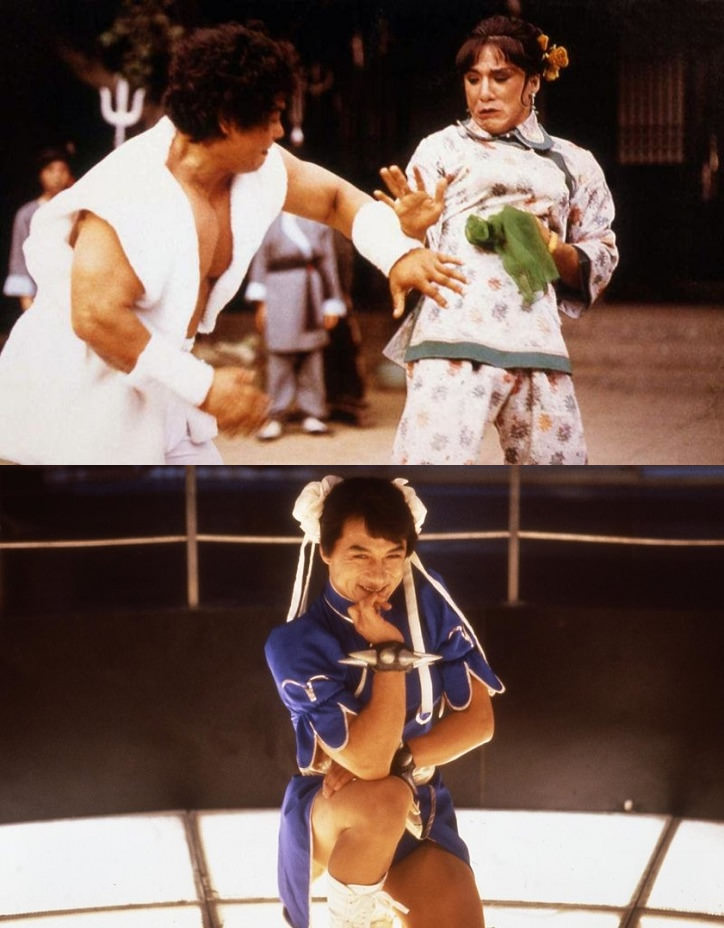 1979. Yuen Biao excelled as an acrobat in Knockabout, which was in cinemas for 14 days and grossed H.K.$ 2,830,519. Liu Chia-Liang’s Mad Monkey Kung Fu (also 1979) was a cash-in that lasted for 13 days and grossed 2,002,800. Sammo Hung literally laughed all the way to the bank when The Magnificent Butcher (same year) lasted for 15 days and grossed 3,945,341. Sammo made the best weaponry movie in Odd Couple (inspired by The Duellists). Liu failed to top it in 1982 with Legendary Weapons of China. In 1979, Jackie Chan had proven to be more of a truly three-dimensional actor in Fearless Hyena, which influenced my adaptation of City Hunter. His cross-dressing scene inspired me to have him dress like Chun Li during the Street Fighter sequence. Also, his usage of the pole was integrated into the finale. 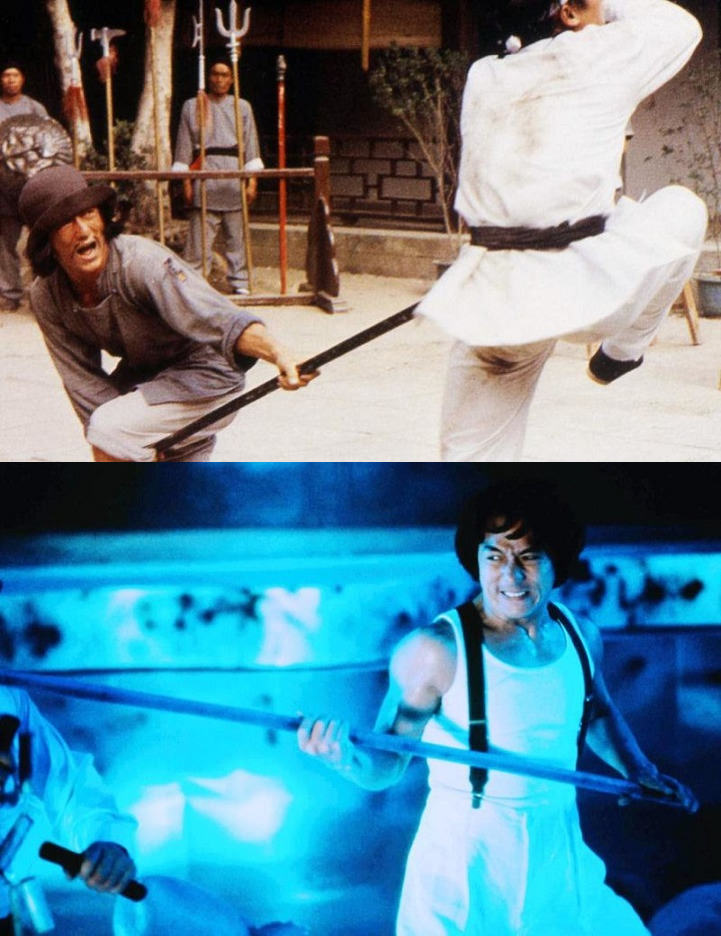 The chopstick fight in Fearless Hyena made enough of an impression to be stolen for Kung Fu Panda, with the excuse being that Jackie as a voice actor made it an official homage. Fearless Hyena is a better movie. The emotional style of Kung Fu is so inspired, and elevated Jackie to a position where acting and action became seamlessly interwoven. It’s no surprise that this was the top-earning film for him in the seventies. Yen Shi-Kwan as the villain was more intimidating than Hwang Jang-Lee was in Jackie’s previous two movies (Snake in the Eagle’s Shadow and Drunken Master) regardless of the fact that he didn’t fulfill the kicking quotient, but then who can? Even before I became a director, I knew that I would like to work with Yen but there was never an opportunity. In 1982, we both worked at the Shaw Brothers studio on different projects. 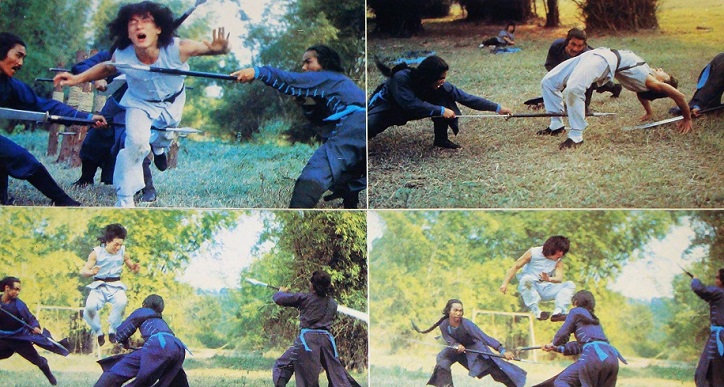 He was acting in Kid from Kwangtung whereas I was directing Mercenaries from Hong Kong, which was already cast. He retired from films in 1986 until Tsui Hark cajoled him in 1990 to act in Once Upon a Time in China, which was so successful that I could convince financial backers to cast him in Truant Hero and Royal Tramp II. In 1979, Sammo turned out to be an excellent exponent of the animal styles in The Magnificent Butcher. I was hired to rewrite the script because Simon Yuen Siu-Tien had to drop out out of the cast after being diagnosed with lung cancer. Yuen Woo-Ping and Sammo were very impressed with the five creature styles that were showcased in Chang Cheh’s The Five Venoms (1978). These were centipede, snake, scorpion, lizard and toad. Yuen wanted to outdo it, so I chose crane, tiger, leopard, dragon and monkey. 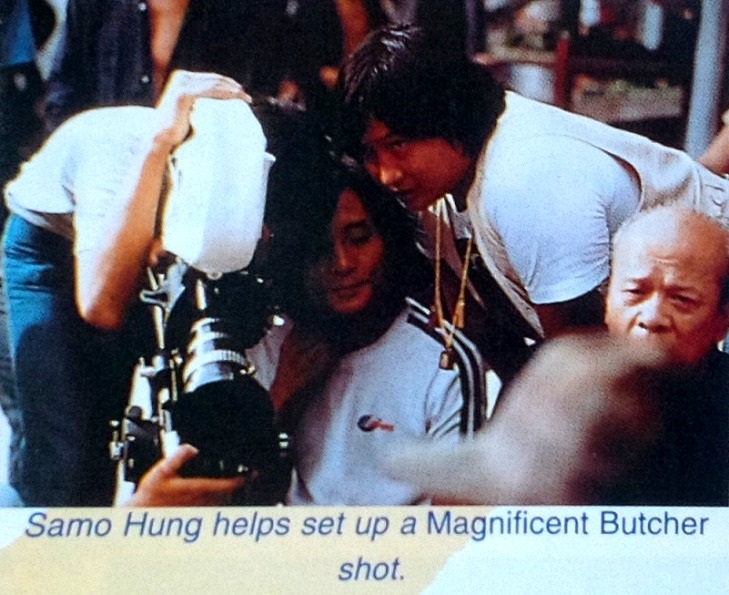 Sammo didn’t want to do the monkey style because he had already done it in Knockabout. Also, he wanted to best Jackie’s smooth styling in Yuen’s Snake in the Eagle’s Shadow (1978). As it just so happens, Yuen still had ideas which he wanted to get out of his system even after Jackie’s first fight in Drunken Master (which some assumed was Yuen milking the cow while running out of steam). The finished product inspired Chang Cheh to make Five Element Ninjas in 1982. This is the best ninja movie, but grossed less cash than Ninja in the Dragon’s Den (released two months later). Back in 1979, Dorian Tan Tao-Liang was at the height of his powers when he won over Yuen for Revenge of the Shaolin Master. The result surprisingly surpassed the Northern leg and Southern fist dynamic in The Secret Rivals: Part II, which Woo-Ping worked on. 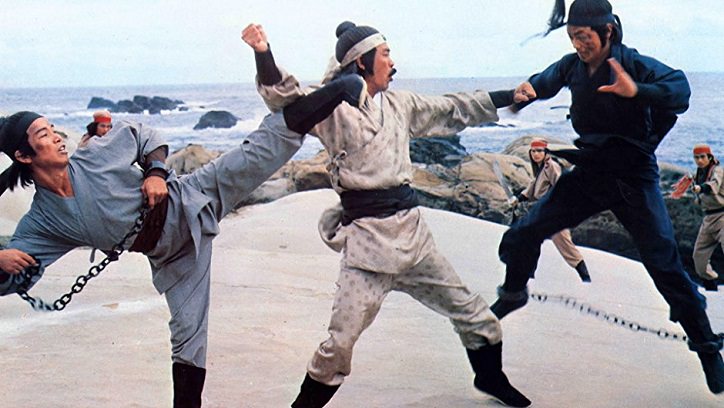 All the Kung Fu stars were lining up for him, but there is only so many movies which he could work on. Regular directors find it easier to work different shifts since it’s easier said than done. It’s less taxing. It’s ironic that the father was more overworked than the son. Because of Simon Yuen’s age, he couldn’t do much. Woo-Ping had more things to do as the choreographer. All the stars were literally aligning for Woo-Ping. Their final completed collaboration, Dance of the Drunk Mantis, is a better sequel to Drunken Master (1978) than Jackie’s belated follow-up in 1994. Yes, Jackie is not in it but then Michael Biehn was not in Terminator 2. Simon plays the foster father of his real son, Shun-Yi (one of Woo-Ping’s younger brothers). This makes the comedy all the more funny. I didn’t think that there would be any more fuel in the tank for Woo-Ping, but he proved me wrong by finding other ways to surpass himself. 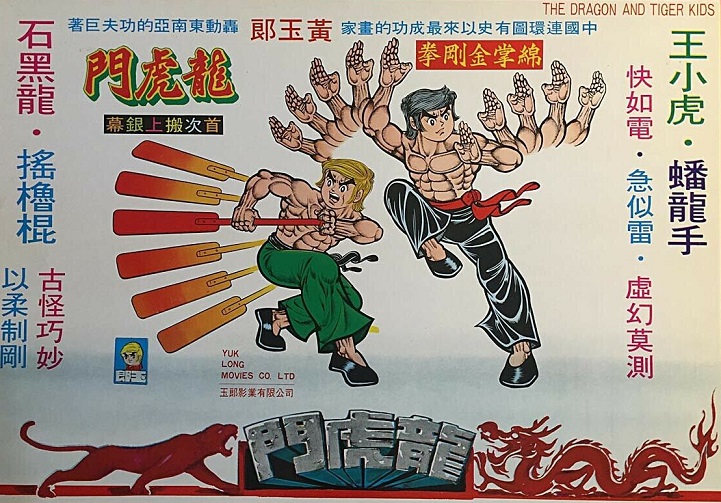 It’s highly ironic that his best movies with drunk in the title are Shaolin Drunkard (1983) and Drunken Tai Chi (1984), since they are not about drunken fighting. In 1979, The Dragon and Tiger Kids allowed Hwang Jang-Lee to best show off his aerial triple kicks than the standing targets in Hitman in the Hand of Buddha (1981). Both movies were mainly choreographed by Corey Yuen, whose best 1979 movie was A Massacre Survivor – an exotically exquisite rarity. This clever movie (starring Shih Szu) and Dance of Death are proof as to why women are sexier when they kick. Dance of Death starred Angela Mao in her best movie for choreography if not acting and plot. The reason for this is simply because she was choreographed by Jackie. Ironically, it’s Corey who usually choreographs women better than he choreographs men. 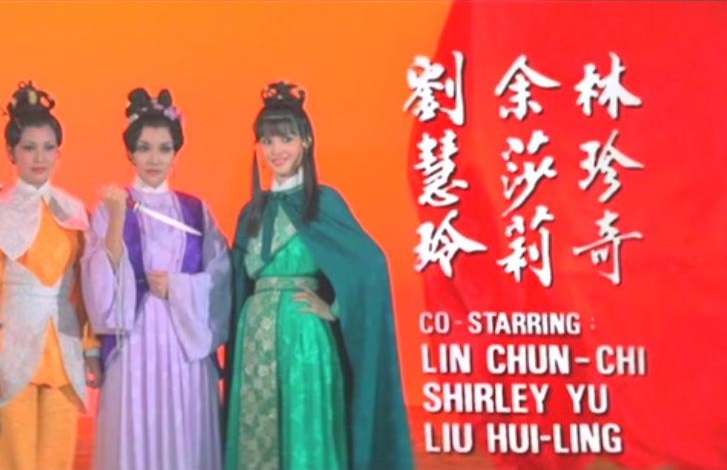 Had Bruce lived long enough to see 1979, he would have appreciably agreed that Liu Chia-Liang personified his philosophy of fighting without fighting in Dirty Ho. This is the movie where Liu truly found his niche besides being a master of all trades. Even Bruce Li gained commercial appeal with The Lama Avenger and critical acclaim with The Gold Connection. He became a legitimate star in Taiwan. John Liu became very much the people’s hero with Struggle Through Death – a masochistic version of The Big Boss in that the hero is beaten before beating. Last but not least is my all-time favourite Venoms movie – Life Gamble. As you can attest from the title, it’s literally about gambling. However, many fans would rate The Kid with the Golden Arm as the best `79 Venoms movie. I can’t disagree since I understand the difference between best and favourite.