Over the moon succinctly displays the feeling of elation that the Teamsters got when their demands had forced the makers of Baywatch to be temporarily barred from filming in Hawaii circa the spring of 1999. The more that I read about Teamsters, the more that I have come to realize that they are to Hollywood what the Chinese mafia is to the Hong Kong film industry.

Back in `99, Baywatch fans knew that the series was emigrating to Australia because of the expenses of shooting in Los Angeles. The Australian spin-off (Down Under) could never take flight because of locals complaining, hence the Baywatch people crawled back to Hawaii for the last couple of seasons (10 and 11). New Zealand would’ve been a much better choice. There is more range in scenery and the people are nicer.

Three of the four Hawaiian unions had agreed to lower wages, but the Teamsters Union (which represents the truck drivers) would not make concessions. To get a good idea of how serious that the situation was, it precisely because of the costly nature involving Teamsters which prompted the Baywatch people to get away from California as far as possible. Those Teamsters had a good yet pampered deal going. Get paid $20 an hour to drive Pamela Lee Anderson in a jeep from about teen feet.

They basically were getting paid to do nothing. If the producer wanted to move anything, whether it was David Hasselhoff or the cast’s lunch, the Teamsters had to do it. They charge full price (and then some) for minor work. Ten feet in a jeep is worth a huge commission. That money adds up and takes a huge chunk out of the budget, and thus a chunk out of the dwindling profits. Imagine what you would have to adjust for inflation. The show had been losing money for a few years. The American ratings were a dying breed.

The producers, cash-strapped, failed to eliminate them and had to flee to Hawaii. The Teamsters over there refused to take an 11% pay cut. That would have reduced minimum salaries from $1,840 per week to $1,641. When Baywatch was first rejected by the Hawaiian Teamsters, Jay Leno felt compelled to do a parody where Teamsters were running in slow motion on the beach before stopping only long enough to grab a donut (a doughnut for the uninitiated foreigners who translate my articles overseas).

I wonder why no-one thought about ever having Baywatch emigrate to Florida. That would really have clinched the deal for the network bosses. There could be some sort of suspenseful running gag about retired elderly folk drowning. In the mid-nineties, there was another action TV series that managed to extend filming from Hawaii to New Zealand (along with Samoa). It was titled One West Waikiki. Because that series only lasted for two seasons, the Baywatch people didn’t heed their example.

The Hawaii seasons were originally supposed to consist of six instead of two. As for the teamsters who stirred trouble, there were two trucking companies in Honolulu which were used by film producers. They provided the mobile vans, dressing rooms, wardrobe trucks, etc. Well, the honcho of one company had been indicted for torching the vans of the other. Any Hawaiian boss is called a kahuna. This one made it very clear that he had the kind of power which dictated that the producers and stars have chauffeurs to or from the set. It seems that his ego was bruised by Hollywood protocol not being followed. The dubious ettiquette is for the producer to call him, but the producer was off wooing the Australian bureaucrats.

A Honolulu City Councilman was the one who had to get in touch with the kahuna. Never mind that the councilman is a cousin. The Screen Actors Guild was the only union to accept a 30% cut-down in wages. Furthermore, the Teamsters wouldn’t agree with only seventeen drivers being hired. There were sixty more drivers to be hired. Most of the acrimony between the Teamsters and the Baywatch people happened in March. April, 1999 must have felt like the end of the line for all concerned with the possibility of mean-spirited pranks happening on April Fools Day.

In March, the head of the Teamsters Union was not happy with his lowest-paid truck driver making $1600 a week (that equates to $6400 er month). The Teamsters wanted more than this measly $77,000/year income. Because of their greed, Baywatch pulled out of Hawaii to do the Australian spin-off (a Plan B as it were) which was nothing more than a TV movie that was divided into two episodes (a two parter). The producer claimed that the Teamster boss deprived his union of the 7 million dollars from six potential seasons. L.A. Teamsters earned 10 million dollars for their work on the first 9 seasons. They only did the pair of Hawaiian seasons because there was a slump in tourism since the end of Magnum P.I.

Hawaii government and labor officials offered $1.7 million in improvements to film facilities along with wage concessions from other film as well as television production unions. Desperate times and measures! Sensing a crisis that was escalating to homicidal proportions, the Hawaiian governor offered the Teamsters an additional $200,000 from the state fund to seal the deal. He told them that the show was going to add $20 million annually to the state economy while employing 150 locals.

The series resumed filming in June, which made it the first regular TV series to be shot there since Jake and the Fatman (not a patch on Magnum P.I.) folded in 1992. The cast members were resentful that there was not a provision in the contract which had stipulated that they can drive themselves to and from work. However, the business handshake was all about give and take. After all, Hawaii gave $2.7 million to the people behind Baywatch. The series would’ve continued had they made it more adult, since Pam’s sex tape with Tommy Lee boosted ratings.

The movie could definitely have benefited from being steamier. Today’s trend is taking established stories into darker territories. Gena Lee Nolin and David Chokachi have stated that, in the show’s prime, there was a lot of sex taking place in or behind trailers. Pamela had sex with everyone, including the female co-stars. It makes you wonder how intrusive that the Teamsters may have been. There had to have been an opportunity to compare penis sizes.

By the way, the headline collage is mostly compiled of images from a season 7 episode titled Radioactive Man and a season 12 episode titled Children of a Lesser Clod. There is a season 10 episode which features a different side to the Teamsters (what they do when they are not hanging around on film sets). It’s titled Max Homerdrive, whose title alluded to Stephen King’s Maximum Overdrive. 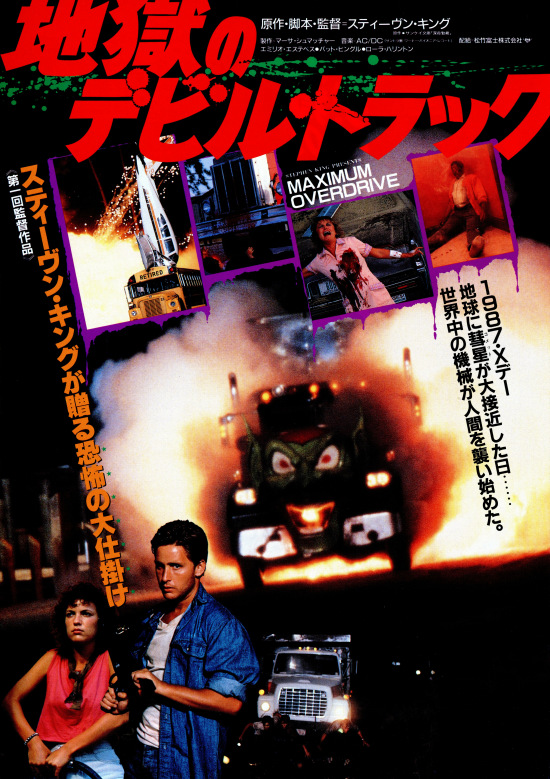 It’s this episode which finally reveals where Springfield is based. Homer and Bart started had 3 days to get to Atlanta (which was later confirmed as 2,200 miles). Basically, that would put Springfield in the far Northwest of the U.S. like Washington or Oregon. It’s the latter. Matt Groening’s home city became more famous because of Portlandia instead of The Simpsons.

Contrary to popular belief, it was not Magnum P.I. but Baywatch Nights (a strangely short-lived spin-off that began in the mid-nineties before ending in the late nineties) which was the inspiration for Chief Wiggum P.I. (from a season 8 episode titled The Simpsons Spin-Off Showcase). One can only guess what lampoons will stem from the 2017 Baywatch movie.

Even if nothing happens, the movie should benefit the second of the leading ladies. I, for one, am looking forward to seeing more of Alexandria Daddario. I hope that the box office disaster hasn’t resulted in any of her dreams being dashed, such as promising projects which were lined up like stars that then got placed on the back-burner. In Hollywood, the saying goes that you are just as good as your last film.