The British TV channel didn’t get to air all eight seasons of That `70s Show in 2016, because viewers were annoyed with the constant cutting of episodes. This wasn’t about making room for commercials (or “adverts” as us Brits call them), it was clearly to do with some middle-class sissies not wanting to offend people; despite the fact that it’s not really a family-friendly channel (no matter how many times that Friends is aired in order of chronology or theme). Hell, there are even episodes of Impractical Jokers which are ironically way more offensive (and that’s a reality show). If this censorship had taken place during nightly airings then it would be easy to theorize that Comedy Central U.K. were doing this to prove that English comedy is better. Confirmation bias gets you nowhere! If they really wanted to profit from the series without offending either moralistic critics and fans, they might as well have shown it at night or have it available on their site or on demand in a way which only adults can access. 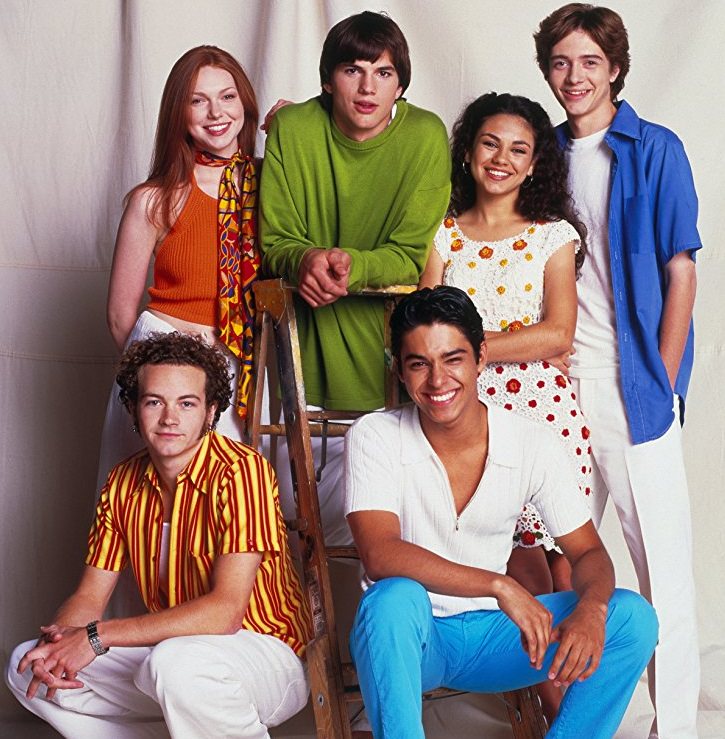 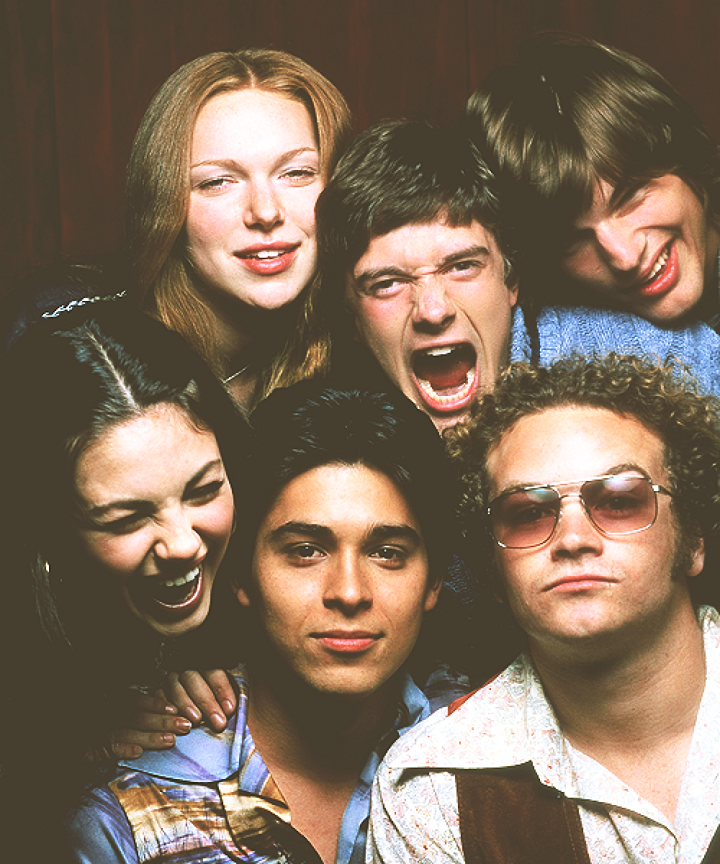 The hack job of Prom Night (season 1, episode 19) can only be understood by studying what came before and after…

Hyde: You know what you should do? You should definitely rent a motel room.

Eric: Look, if this night is as big as I think I want it to be very, very special because this is gonna be the first time for both of us.

Eric: Anyway, this is how I picture it.

The trimming of Eric Gets Suspended (season 2, episode 9) is the least incoherent of the censoring…

Eric: You know, Donna, failing classes is not the only way to get attention from your parents. 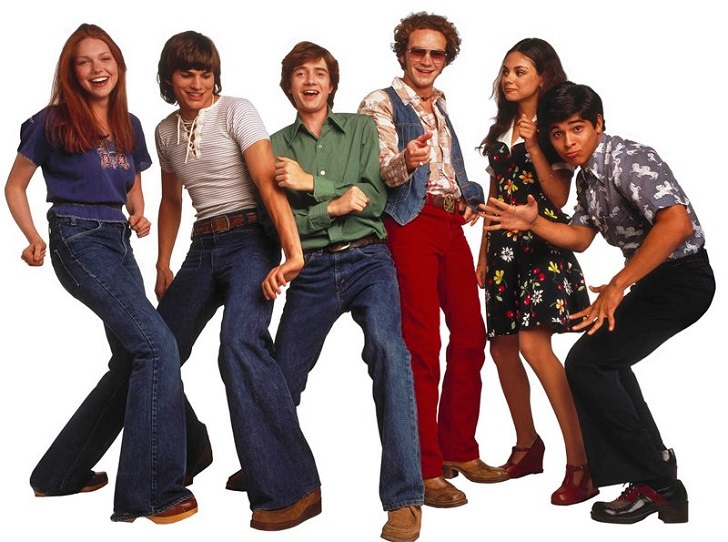 A different scene where the context has to be comprehended to understand the edits….

Fez: So, you have me in your tub. If you tried to send a sexy message, then message recieved!

I know that may seem romantic to some people…

Fez: Tell me something I don’t know!

Mary: I have a boyfriend.

Fez: See, that I did not know!

Mary: Fez I really like you, but he’s in college and we’re still faithful. 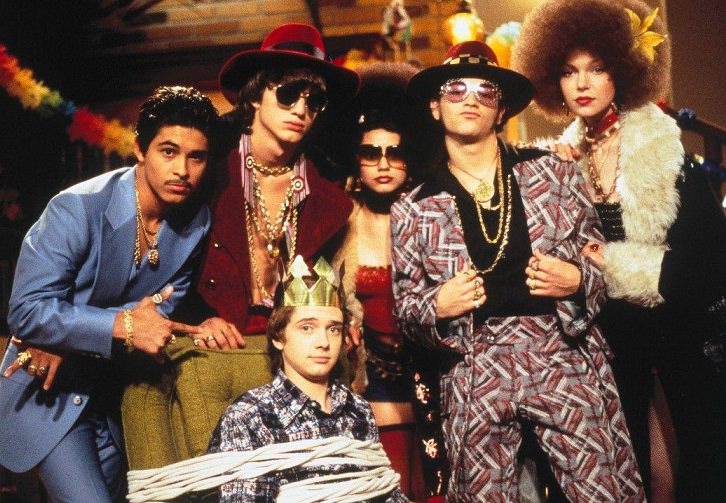 Donna: No that’s not his, that’s mine!

Eric: Oh dad, you’ve got to be kidding me. 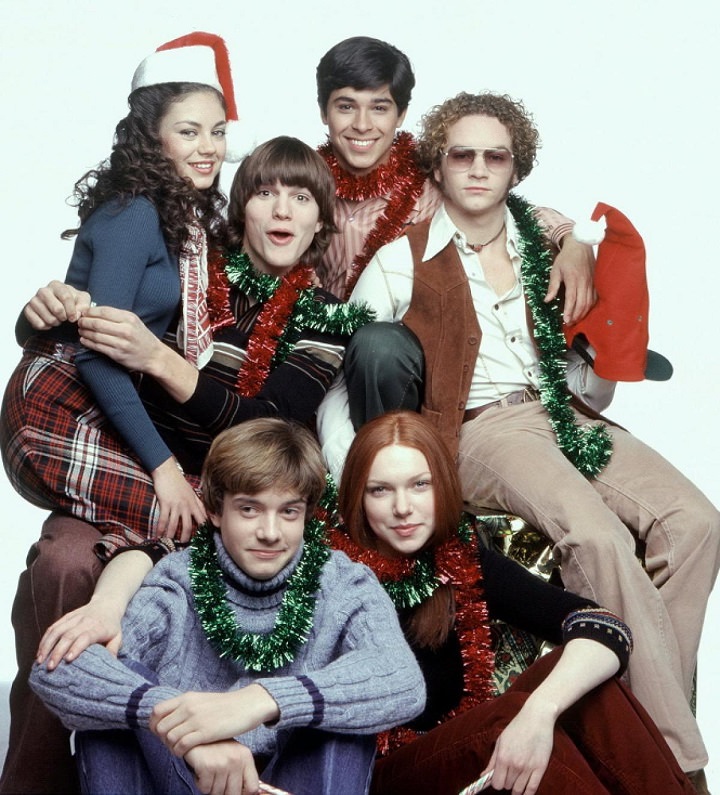 Fez: Yes, and since I set us up on this date, she’s mine, right?

Hyde: Well I can see why you’d think that, but actually, since I came along to help you out, American custom dictates that I get the blond.

Hyde: America man! Love it or leave it. 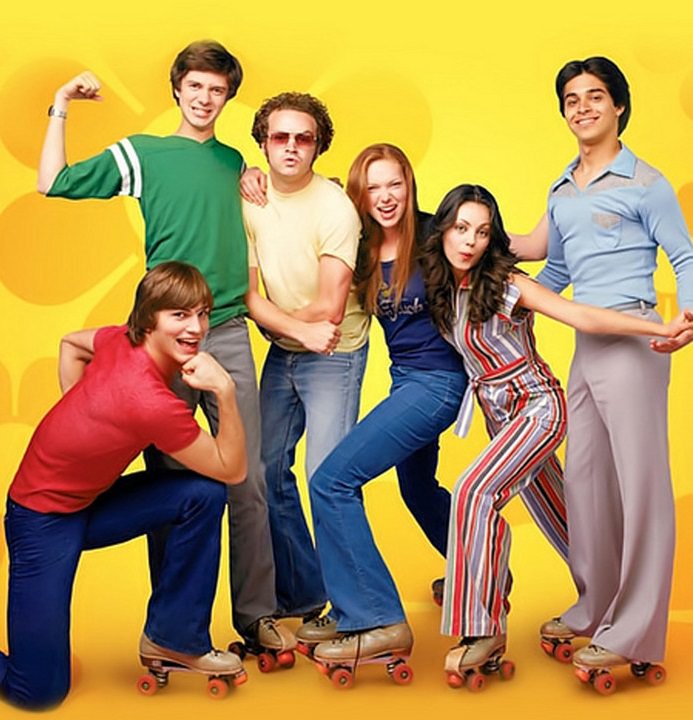 Hyde: Hey Fez, come here. American custom be damned, I want you to have the blond!

Hyde: Not a problem.

Different scene, less coherent because of the emasculation…

Donna: And you’re neither! 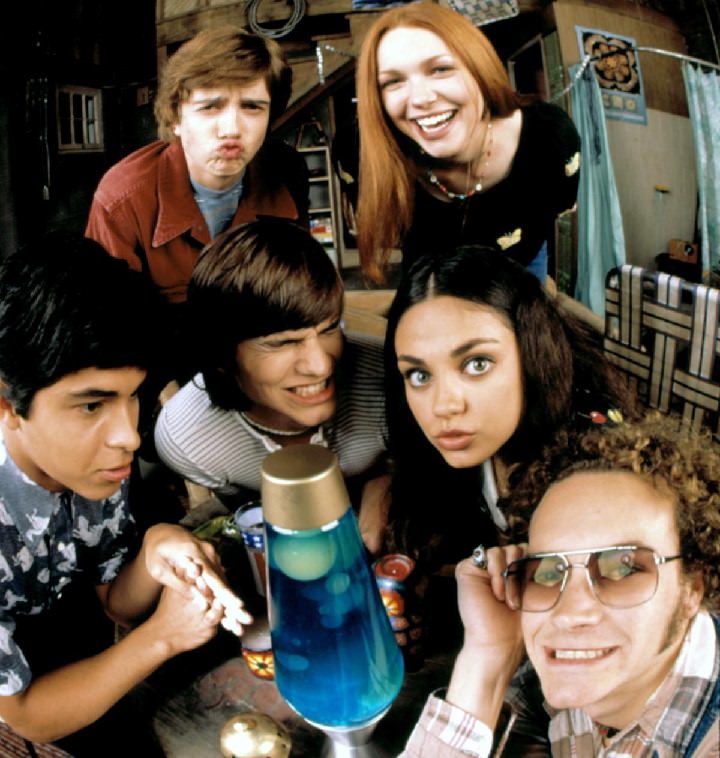 Bob: I left my wallet in the car.

In that same episode, the broadcasting network removed Eric saying (in his mind) “She’s sucking my tongue.” but they kept him thinking “Even her spit is sweet. It’s like liquid Jolly Rancher!”

A gift/sex pun is emasculated…

[kissing then ceiling crashes down]

Red: Well, happy birthday to me. 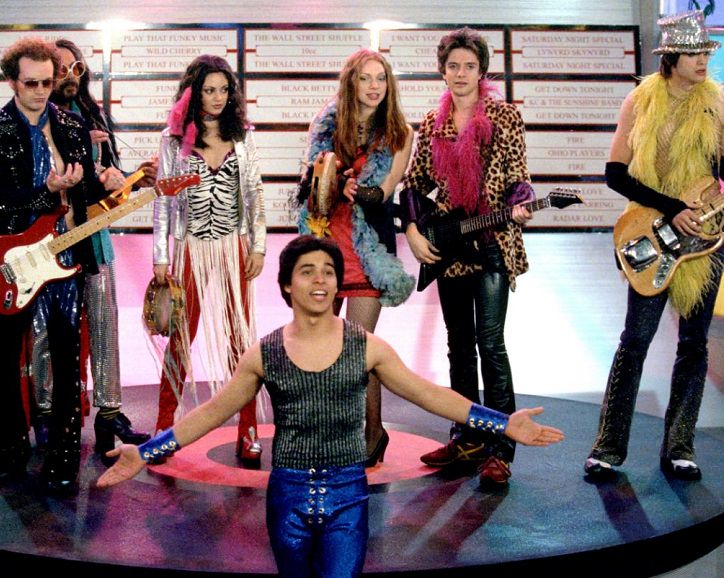 C.C. U.K. might as well have deleted the entire exchange involving in Laurie Moves Out (season 2, episode 11)….

Kelso: Wow, I see what’s going on here, you’re breaking up with me.

Laurie: No. For me to break up with you, there would have to be something between us to break.

Kelso: OHHH! I cannot believe that you’re being SUCH a…

Laurie: Duhhh! Look Kelso, it was fun, and sweaty and all, but you’re just a guy I fooled around with when there was nothing good on TV. Sorry. (she leaves)

Laurie: Kelso, I’m feeling really close to you. Um I think I want a relationship!

Kelso: Yes. That’s what I want! A sexual relationship.

Laurie: NO, no, I mean, I want more from you than just sex. 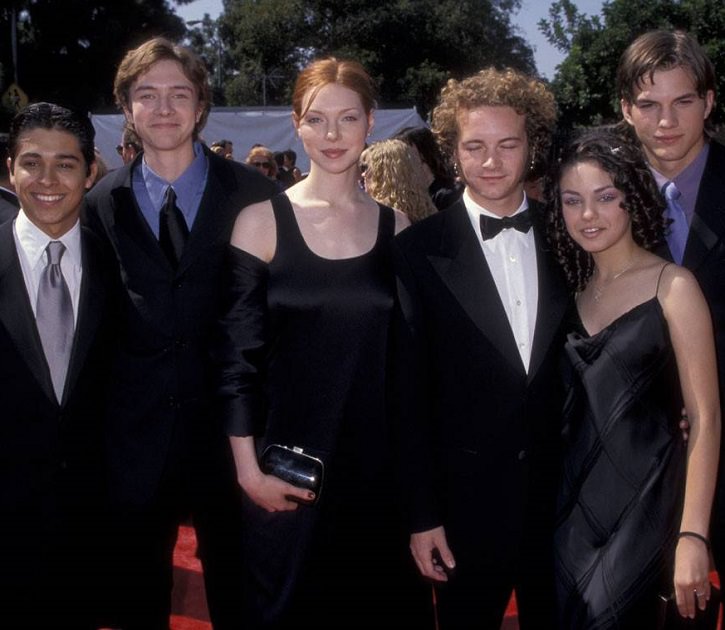 The castration of a sex joke…

Hyde: I’ll be in the basement.

Hyde: Oh, sure, when things get ugly, suddenly I’m family! 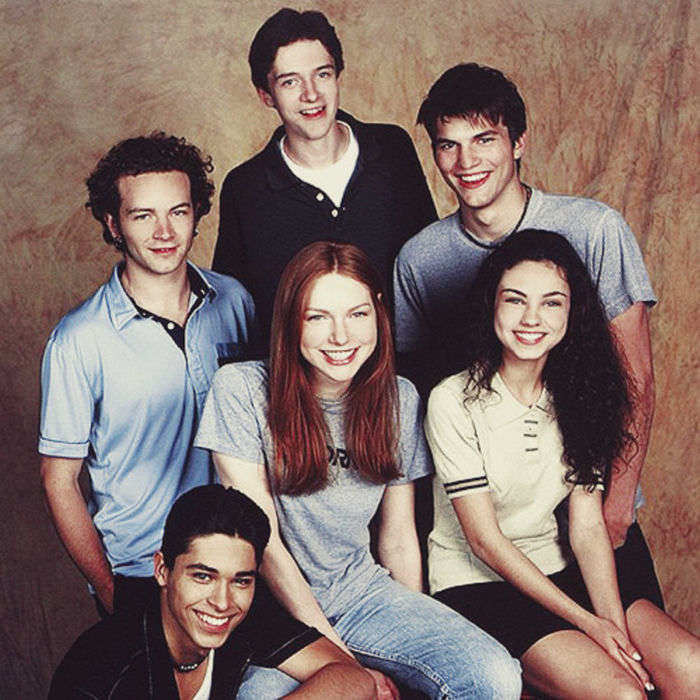 The First Time (season 2, episode 16) was slimmed down to no good end…

Donna: My parents are renewing their wedding vows.

Hyde: But then like, two beers later, it all comes roaring back! 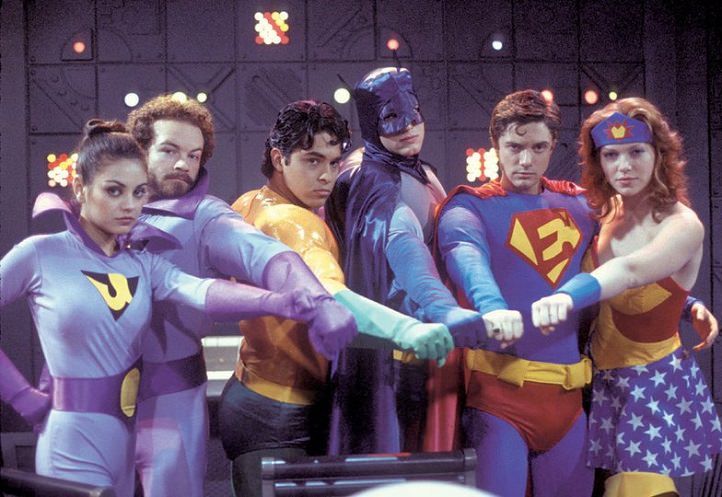 The excising in Parents Find Out (season 2, episode 19) is more akin to what would happen for the Disney channel, Nickelodeon or ABC…

Moon Over Point Place (season 2, episode 26) was edited by a prude for Comedy Central UK…

Some feminist didn’t approve of the stoner circle moment in Baby Fever (season 3, episode 7) when a stoned Donna gives a apathetic reply to a feminist speech…

Hyde: As the voice of a new generation of smart, independent women, you need to make this dill-hole realize that a mind and spirit like yours has more options than your mothers had. 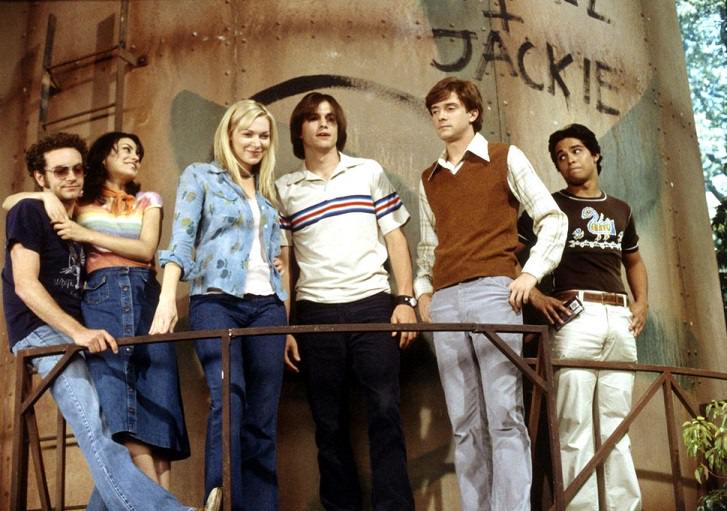 Finally, there was no reason for the stereotypically conservative English network to delete the final one-liner in this segment from The Trials of Michael Kelso (season 3, episode 18)…

Donna: What the hell happened to you guys?

Eric: We got beaten up.