Silvia Saige is a stand-up comedienne. Here are her funniest Facebook comments which get overlooked because most celebrities have fake FB profiles… 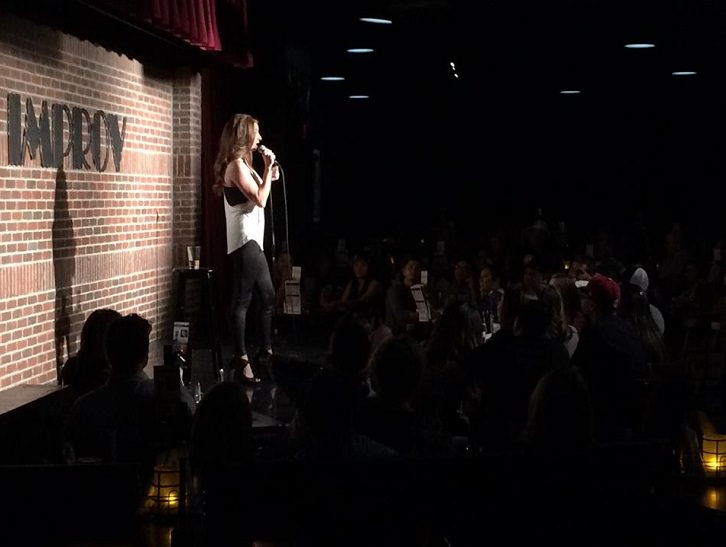 Old men at the gym: you make me sick – not the men who still actually work out, but the men who spend their time half naked in the sauna, steam room or hot tub just starring at women. I will chop your old balls off and shove them down your wrinkly throat!

TSA, when will you learn that no one is hijacking a plane with 10 ounces of lotion, face wash or $50 conditioner?!

Listening to Trump say he is going to make America great again is like listening to a Long John Silvers commercial telling me they have the freshest fish. Guess what I’m saying is, when you cast your vote for Trump, stop on by the nearest Long John Silvers and fill up on finest fish money can buy! 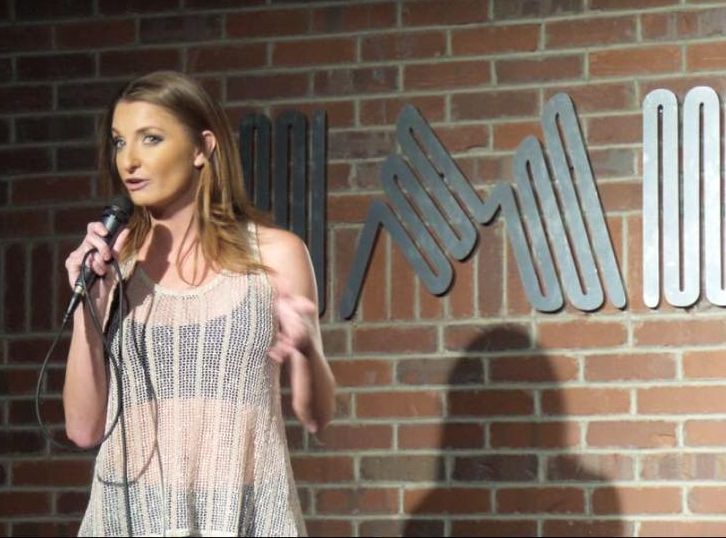 * Never act interested in anyone talking to you in the street.

* Never take out your head phones.

This city is going to eat me alive…and I can’t wait!!! 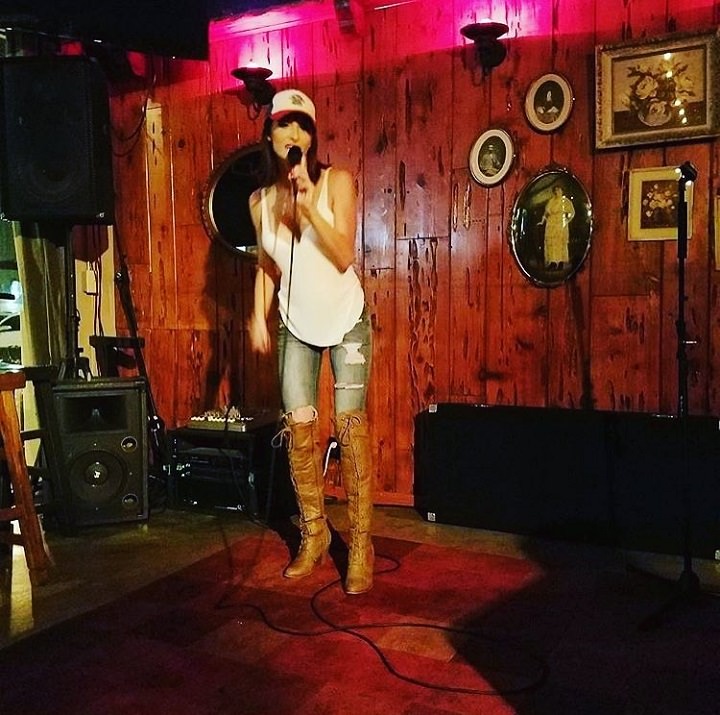 The reason that I cringe when going back to Kansas City – I always feel like I am one crazy religious nut away from being stoned to death! I catch A LOT of flack for my outspoken ways against religion. I’m told that people should be free to believe as they wish without someone forcing their “beliefs” or “opinions” on others. TRUTH! TO THIS, I AGREE. I will not stop loving or caring for the “believers” in my life, even if they never change their thoughts. I am not pushing my “beliefs” on you. I am pushing facts on you. SCIENCE. EDUCATION. If it weren’t for people like myself speaking up against religion and its untruths, we would all still be “believing” that the world is flat, as the bible also told you. So you see, my words have nothing to do with harshness towards religion. Think outside the box or, in this case, the book! Silence is not always golden.

Nothing like being on take-off when someone has a panic attack and we have to turn the plane around! If I die, it’s because that guy had a bomb on the plane! LOL! 😜

I find so many of you on my feed “praying” for change. Without trying to being the atheist I’m known as, you do know that YOU can physically and MENTALLY change things all on your own, right!?

Officially not a Dallas fan. I feel like I have stepped back in time in the worst way possible. There have already been drive-by paintball shootings of girls at our hotel. WTF!?!? Well, we made it through day two of Dallas. These “Christians” sure know how to treat people! While snapping our pic, they were screaming at the top of their lungs and throwing “holy water” on people walking in. Real nice, Texas; real nice! There were about 100 people outside holding prayer circles when we left. Thankfully, police were everywhere and on our side. We were escorted out through the back entrances and kept very safe. 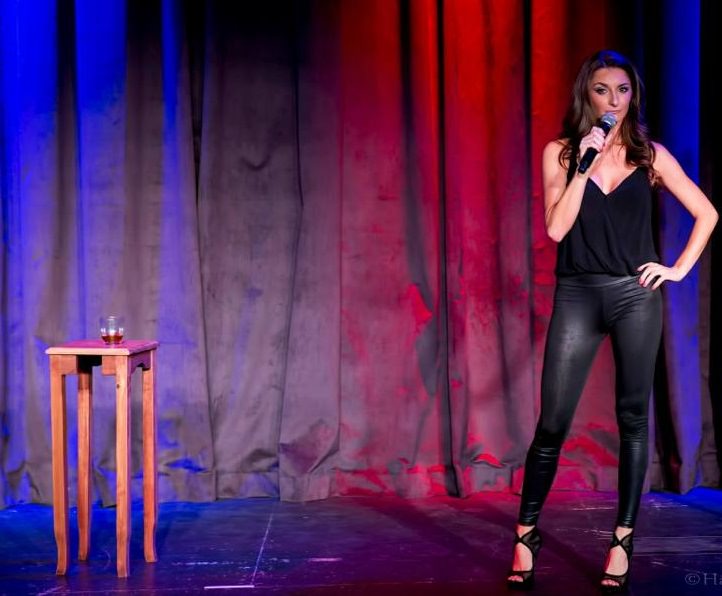 Trying to explain to my KC friends that when you come to LA to visit, you don’t have to worry about “being tanned” or dressing nice. They don’t get it. There are grown men in mesh tops and tutus. No one cares what you look like here people. No one!

While thumbing through Craigslist trying to find a day job, I find “Surrogate mother wanted $30-$50k.” Not that I am interested, ok… I’m interested in the $50k, but my main concern is – why a $20k window here?? What exactly gets you the full amount??

Dear Lord: please let the Chiefs dominate on the field today. If you allow this to happen, I promise to go an entire month without annoying my friends with gym check-ins.

Clearly, I am an advocate of women in the gym. However, I am also a firm believer that women should still be the softer of the two sexes. I see some of these women who have transformed their bodies into (for a lack of a better word) a man. I just can’t see how that is considered sexy. It’s a step too far in my book, but then again…to each their own!

I turn on my pandora in the locker room (not plugged into my headphones yet) and the song Hotel Motel comes on with 4 old ladies getting dressed!!! LOL! Priceless!

Hardest part of winter – convincing yourself to get out of bed. Warm blankets are nature’s way of telling you nothing else is THAT important!

Hoodies – built for warmth, made to kill. Why is it that the neckholes must be so tiny and the hoods much weigh so much!? It’s a constant struggle to stay alive – pulling and tugging with every move!!! I am a problem solver and choose to cut a slice of this said attempted killer right down the middle (forming a new breathable V-neck if you will)! You’re welcome! 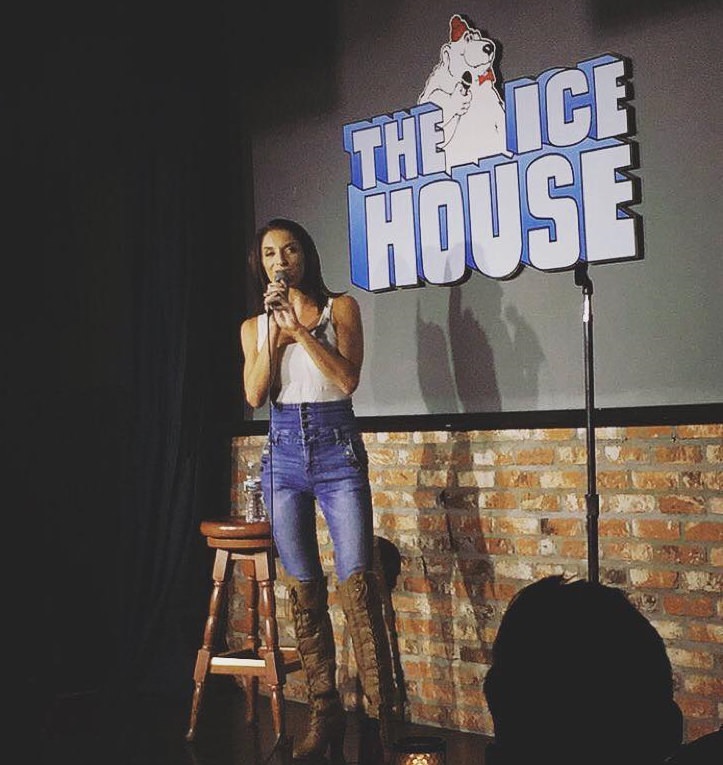 The words “Can we just be friends?” coming from a man translate to: “If you won’t sleep with me now, will you maybe sleep with me later?” IN EVERY SITUATION EVER!!!

Going through my news feed, I’m noticing a trend with all my single friends (men and women) – new sexy profile pic changes. Yep, its official – winter is coming. No ones likes sleeping alone!

Everybody is a personal trainer. I get it. Your way is better than mine. His is better than yours. Working out is like politics and religion, people! It’s easy to offend. Tread lightly! If I’m not asking you for advice, it’s because I don’t want it!

Okay. Girl at my gym. See her all the time, great shape, but always comes in full makeup, red lipstick, hair down and spends the majority of her time checking her own ass out. I just can’t respect it. Am I wrong? I have never entered this gym in anything other than a hat and perhaps mascara. Men: Do you like the woman putting on her best to impress at the gym? 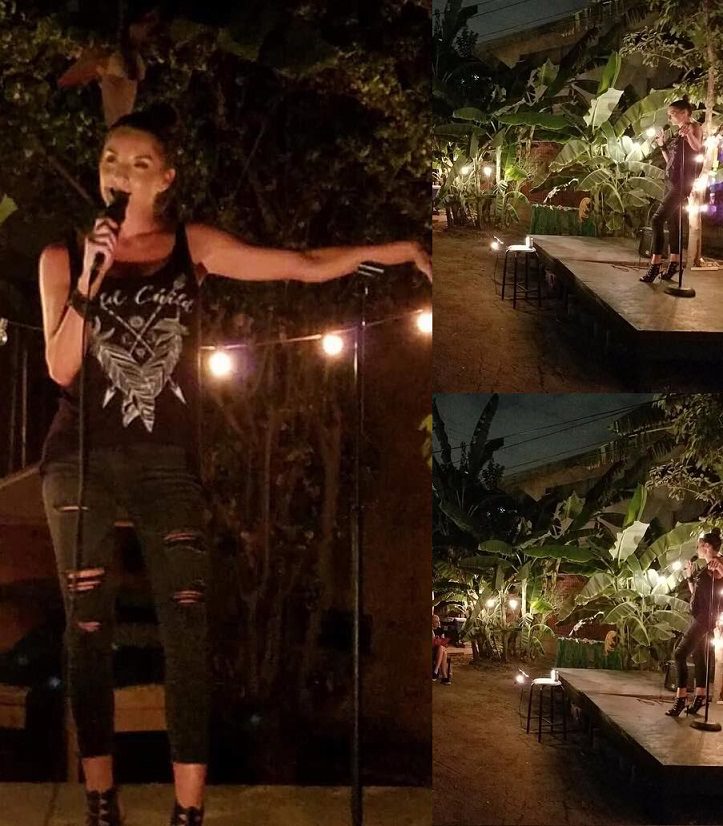 If you drive less than the speed of the driver behind you on the interstate, and you don’t get over to the right lane, you should be shot. At point blank. In the head. Several times. By me.

Finally made it to the cabin!! Scariest drive of my life. My back hurt so bad that I took waaaay to much Ibuprofen. My right hand is numb, and after the roller coaster that is the mountain climb, I may be suffering from a slight anxiety attack! When acrophobia is your number one fear, mountains are NOT friends!! I’m not driving down!!!

An overweight in-your-face crazy lady trying to tell me what I need for a pre-workout is the BEST way to lose business, hence why I just walked right out of your store!

I can’t pretend to be high and mighty about drug use, as I have tried more than my fair share. But I have been lucky enough to get the “I’ll try!” out of my system.

I seriously have the loudest walking neighbor above me ever!! Who walks sooo much when they are home alone!? I need to meet this person because the scenarios which I’m coming up with in my head of what might be happening are frightening! Not to mention in the week that I’ve lived here, they have not left once! They have lots of plants. People with too many plants frighten me!! 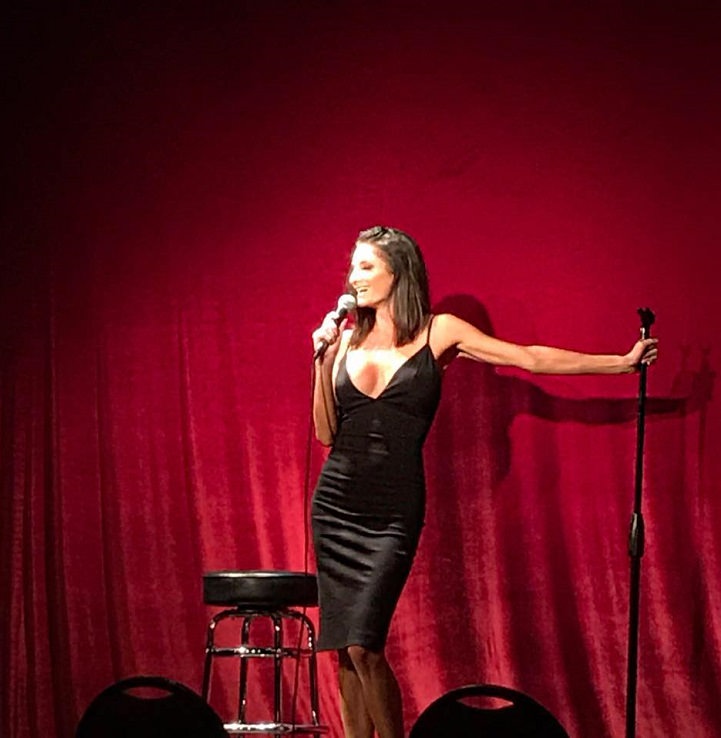 Not looking for handouts; however, I am asking for a hand up!

My favourite thing to watch is babies trying to walk. Little drunkards!

I never seen beach clean-up. That’s weird. I know someone cleans it, but when? And by who? Because I feel like it’s just homeless people and birds hoping that you left food.

This box of mints is called a “car cup” for a reason. I sound like a damn mariachi band walking down the street!

It’s amazing to me how, at 30, I am the most broke that I’ve ever been, but feel like the richest person in the world. Not because I have met a man or have the love of a child, but because I am taking chances and risking everything that’s considered to be safe. We all hit financial lows, BUT….not everyone hits life-fulfilling highs! I’ve yet to do the one thing that I came out here for (i.e. getting on stage to show the world my standup) but that will come in due time! The struggle may be more real than I’ve ever known. I’ve never been more motivated to fight back with every muscle that I have!