In light of the fact that Marvel’s Black Panther has become the most profitable black movie of all time, I was reminded that Clarence Ford (a.k.a. Clarence Fok) directed a 1993 action movie titled The Black Panther Warriors. Near the start of this century, Clarence was offered the chance to direct an adaptation of Marvel’s Iron Fist. This was because of The Dragon from Russia – an unofficial live-action version of a Japanese comic book titled Crying Freeman. Unlike the official 1995 version, it made me want to purchase the English translations of the original comic books (there are five thick volumes which were released by Dark Horse). In the previous century (1999 to be exact), Clarence wisely rejected the offer to direct Highlander: Endgame (a.k.a. Highlander 4 because it requires less syllables) despite it being a chance to work with Donnie Yen. Mario Kassar wanted Clarence to direct Basic Instinct 2, but was rejected because of the notion that it would be impossible to make Sharon Stone look better. 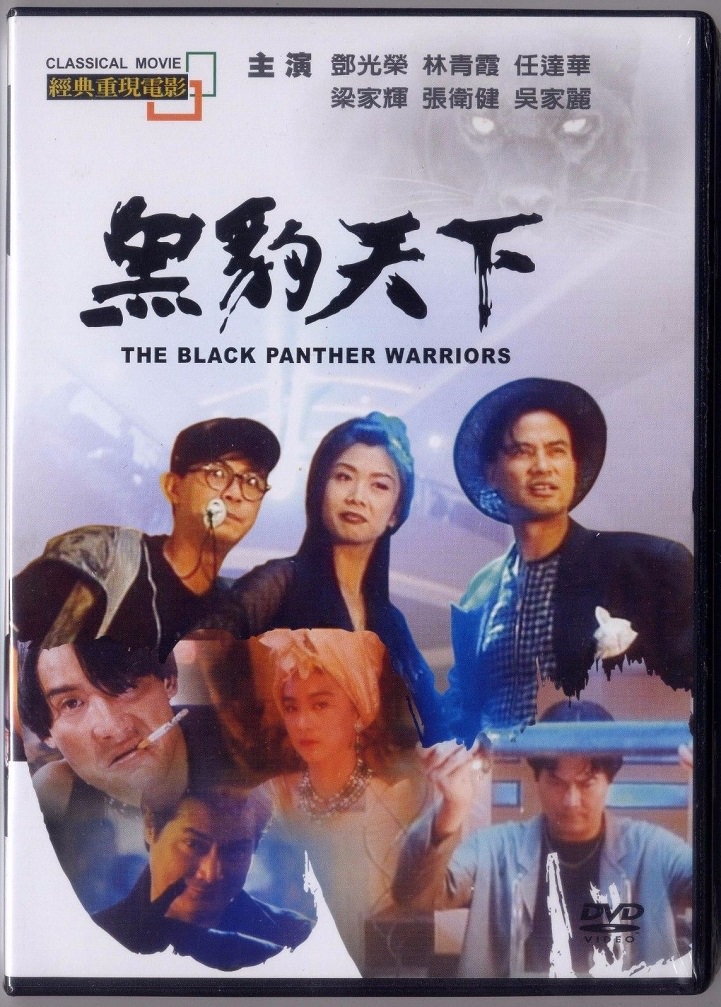 Naked Killer only cost one million U.S. dollars to make, whereas Reservoir Dogs (another 1992 movie) cost 1.2 million. The former looks more expensive. What makes Naked Killer even more impressive is that Clarence could only afford to film 30% of his ideas (George Lucas dispiritedly said the same thing after he had made the first Star Wars movie). Like with Naked Killer, Clarence got into trouble with the police over not having a shooting permit for The Dragon from Russia. Unlike the best lesbian thriller of all time, the comic book movie flopped at the local box office because it’s missing an hour of plot (it was originally two and a half hours long) which would have gone a long way in explaining the many plot holes (there are even more holes than the infamous ones which riddled John Woo’s Mission: Impossible II).

In spite of the fact that the studio behind it (Cinema City) had record-breaking success with action dramas, they cut out most of the drama and romance. In doing so, it wasn’t light enough for people who like comedies nor was it dark enough for people who like their movies to be serious with humour being of the dry variety. Part of the problem with the film stems from casting. Clarence (a.k.a. Fok Yiu-Leung) initially wanted Andy Lau, before Yuen Biao, prior to settling on Sam Hui for what is known as the most entertaining (if not entirely faithful) adaptation of Crying Freeman.

Artistically and financially, Biao was better because you wouldn’t need to pay for a stunt double. Also, he has proven to be as serious as possible when you look at his fine performances in Righting Wrongs and On the Run (especially the latter). If he starred in The Dragon from Russia, he would’ve been Jackie’s rival in terms of Asian box offices and being given roles for U.S. productions. Maybe he would’ve caught the attention of Sylvester Stallone to the point of Jackie not being considered for the role that Wesley Snipes played in Demolition Man.

From a business standpoint, The Dragon From Russia would’ve been better if Andy was the star because he was more popular than Sam as both an actor as well as a singer. Also, he has a more stoic face that’s tragic than comic. It’s because of Sam’s goofy face and quirky voice that Clarence was more interested in directing him in an adaptation of City Hunter, but Sam didn’t want to do this. It’s an ironic coincidence that Andy would end up starring in an unofficial adaptation of that (Saviour of the Soul). 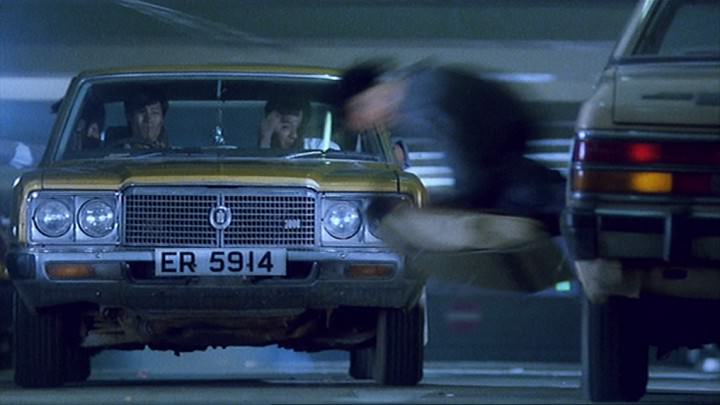 According to Andy in 1997, ditching the director for Island of Greed meant that the long production schedule was extended by two months. That’s really strange for a Hong Kong movie, given the breakneck speed of filming schedules. It’s especially strange seeing as how (according to the original director) the only thing that needed to be filmed was the last scene, unless he’s embellishing himself. Clarence spent eight months working as the director before being ditched for Michael Mak. What’s sad is that Clarence only had 10 dollars in his bank account before he made the movie.

The following facts were taken from an overlooked interview that he did for Number 39 of Asian Cult Cinema. First off, The Man from Vietnam was originally going to be shot in Vietnam before real gunfire forced the cast and crew to flee on the first day of filming in a village with permission. The only thing that they managed to film was a gunfight. Clarence was quick to point out that the 1979 film foreshadowed a 1989 John Woo film titled The Killer. Job Hunter is cited as Clarence’s first film but that’s because The Man from Vietnam was shelved until 1982 (it was a flop) because the previous year saw Job Hunter gross H.K.$ 3 million on a budget of U.S.$ 40,000. He auditioned for Jackie Chan’s Armour of God by singing John Lennon’s Imagine. This song always made Clarence cry because of his bad childhood. He described his time as very, very poor. Jackie already wanted him because he, along with his manager, liked his performance in Let’s Make Laugh II (a.k.a. Goodbye One Night Stand). 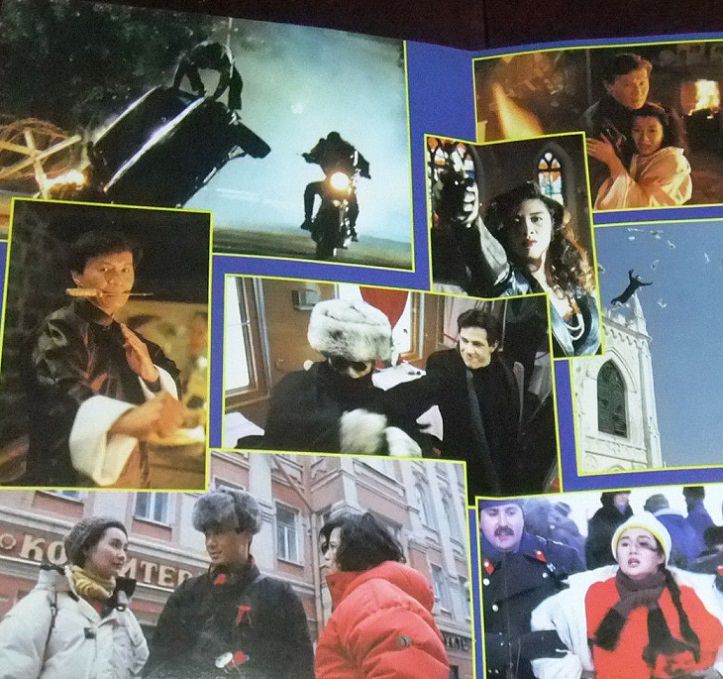 Clarence was signed to Jackie’s group (six months before Maggie Cheung) where he was taught how to do stunts and action. Clarence wasn’t happy with his parts in Police Story and Naughty Boys because he thought that they were one-note. He returned to directing by spending seven weeks on The Greatest Lover, starring Chow Yun-Fat and Anita Mui, for Golden Harvest. Despite working with Anita, Clarence considers his top four actresses to be Maggie Cheung, Carrie Ng, Chingmy Yau and Almen Wong because of how hard that they had to work.

Karl Maka and Dean Shek were impressed with the profit that they wanted to have him direct for Cinema City, but refused to pay one million or even two million H.K. dollars (after the release of The Iceman Cometh). Clarence had bravely demanded so much money because there was an earlier point in time where they would not even pay him 40,000 dollars. Eventually, they relented in 1988 when the time came to make They Came to Rob Hong Kong. 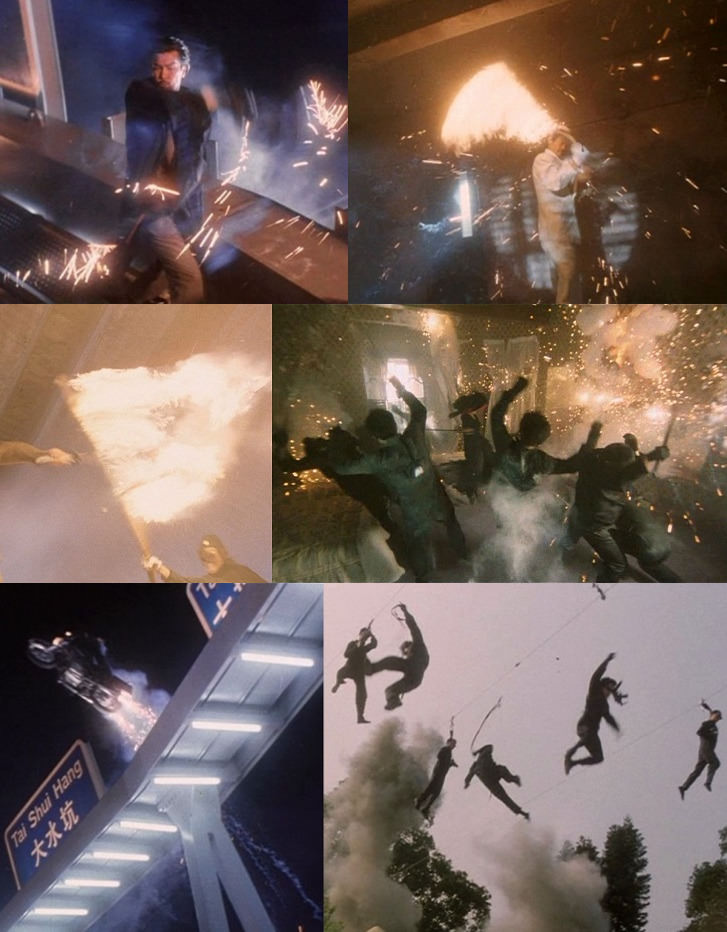 From 1990 to 1992, Clarence attended university after being the producer of two flops (Chicken a La Queen and The Dragon from Russia). During this time, he moved to Taiwan to study Taiwanese politics and Triad societies. This explains why he was hired for Island of Greed. In 1992, Alan Tang wanted Clarence to direct Gun ‘n’ Rose for his In-Gear studio. The motive behind it is that Alan wanted to help Wong Kar-Wai film a sequel to Days of Being Wild (which was a fiscal failure despite having a healthy dose of star power).

Because of H.K. no longer being a British colony in 1997, Clarence got a head-start in 1996 by working for a mainland Chinese film company called The Mongolian Film Factory. He directed a film that isn’t even listed over at the H.K. Movie Database (this is because it wasn’t released in H.K. due to no H.K. employees working on the film other than Clarence). The film was called Stations. It took 6 months to make, and it was about rebellious kids. This wasn’t the first time that he was out of his element (if not out of his depth). He should light a fire under Hollywood’s butt!