In 1995, GoldenEye rejuvenates the sixties-started Bond franchise by making things more in line with the nineties. In 1996, Mission: Impossible rejuvenated the TV series of the same title which (in the grand scheme of MacGyver fandom) had an ill-timed reboot in the eighties. Tom Cruise brought it up to speed with the help of a nineties soundtrack and a cutting-edge European sensibility (the Dutch angles are only the tip of the iceberg). 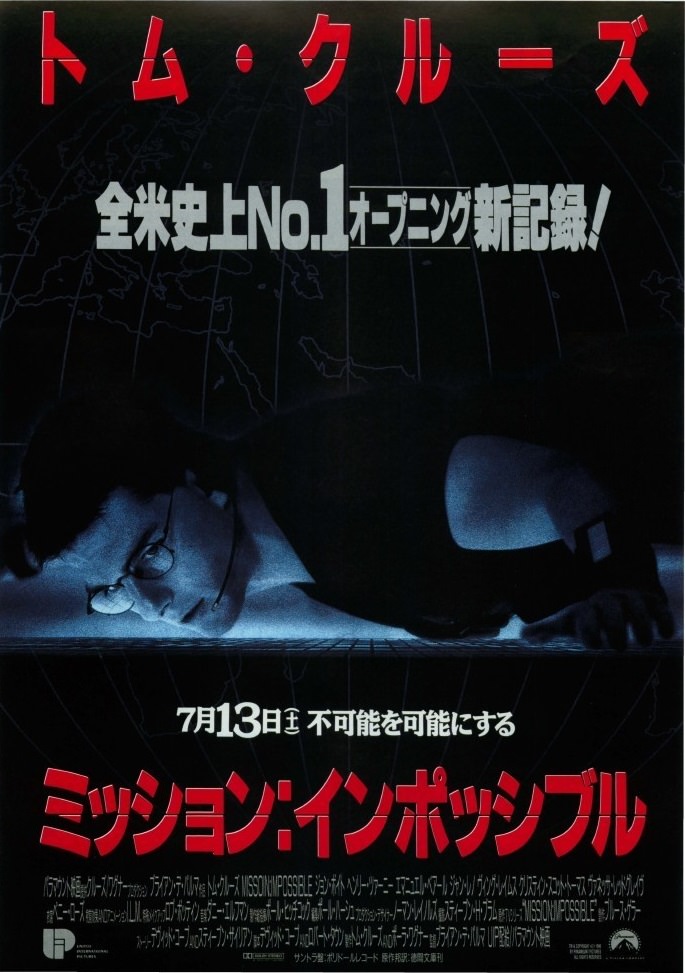 The Saint was pitched as being a rival to Mission: Impossible since Val Kilmer was one of Tom’s castmates (as one of the classmates) in Top Gun. The producers were forgiven for thinking that Val would be a rival, since Batman Forever grossed more money in 1995 than Interview with the Vampire did in 1994. This feeble feat was considered to be very impressive seeing as how the Anne Rice adaptation boasted the likes of Christian Slater, Antonio Banderas and Brad Pitt. The Saint succeeded in landing a Razzie nomination for worst lead actor since Val had officially joined the equally hammy Billy Zane and Nicolas Cage for competition of meme-worthy mockery. 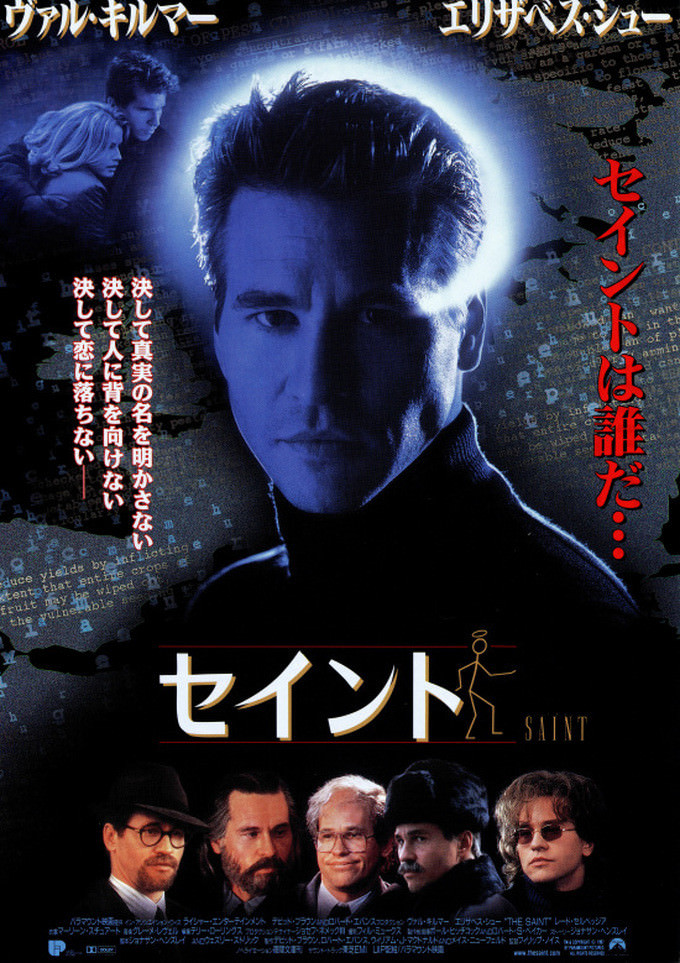 Interestingly, the movie was released on the same day (April 4, 1997) as a remake of another sixties TV series – Double Team was a remake of The Prisoner. It’s a classic case of the chicken or the egg. Regardless of who wanted to rival who, the naïve producers of the Jean-Claude Van Damme movie were forgiven for thinking that he had mainstream relevance. After all, he had cameoed on an episode of Friends (i.e. The One After The Superbowl, Part 2) in 1996. What turned out to be the dampener to the progression of profits for both movies was the star-aligning timing of a corny spy parody that should have ditched the International Man of Mystery subtitle when it was released a month later on May 2. 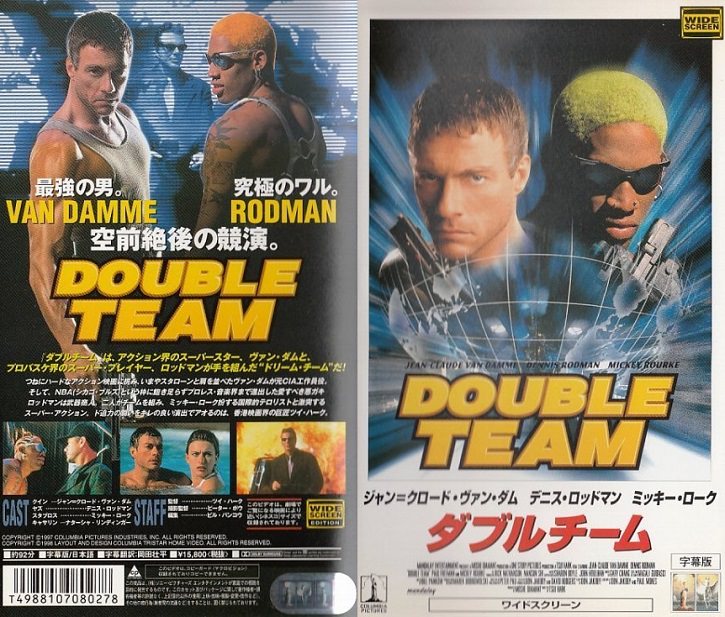 The Avengers began filming after the release of what is informally known as Austin Powers (as opposed to Man of Mystery for convenience of conversational purposes). You have to question what the producer was thinking about the relative failure of The Saint, whose returns (industry slang for income) didn’t exactly fuel sequel-greenlighting fires. Equally, the producer of The Avengers (i.e. Jerry Weintraub) failed to greenlight a sequel. Perhaps if Nicole Kidman hadn’t been tied down to Eyes Wide Shut, we would have seen her as Emma Peel instead of seeing her in the final innumerable retakes approved by Stanley Kubrick. Then again, Elizabeth Hurley was more relevant with her being British. Uma Thurman, the final choice, hardly bested Liz in terms of commercial efficiency and artistic efficacy. 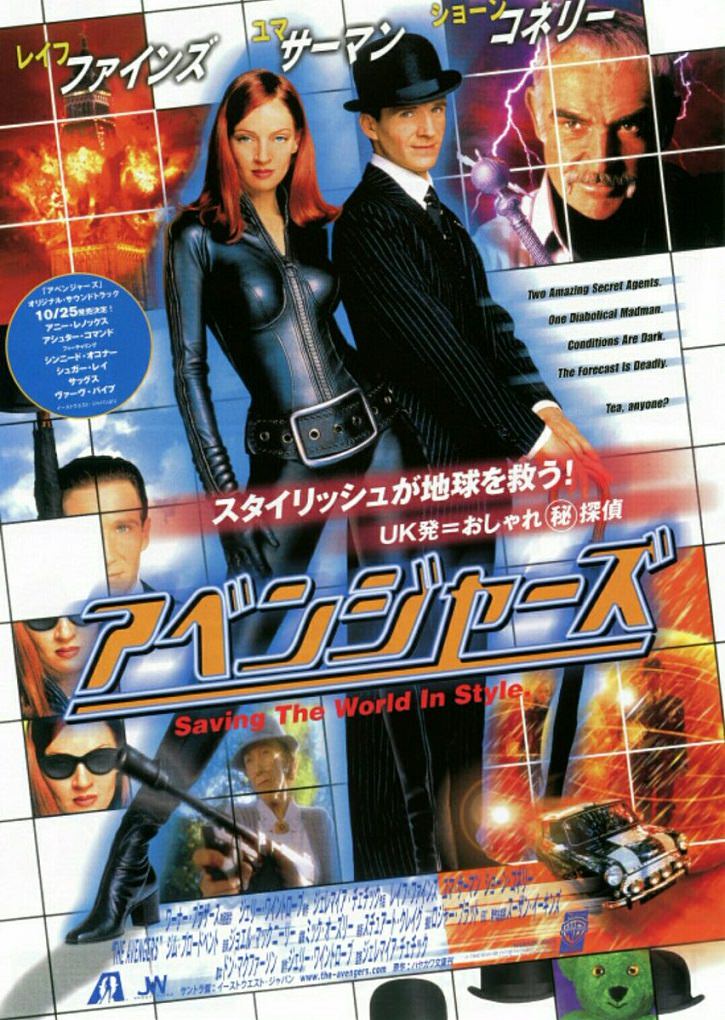 The surprisingly young star of The Mod Squad (1999), Claire Danes, was in a forgotten period film with Uma – Les Misérables (1998). This ignored adaptation was released before The Avengers, so the producers were clearly joining the dots. They were banking on literate audiences making the connection, but The Avengers flopped because of heavy postproduction meddling. Unlike The Avengers, the anti-dame Dane movie is not some kind of abstract period movie (à la the Bates Motel and Gotham TV reboots). The nineties proved to be an eerie era in that nostalgia was making people fear what the millennium had to bring. You have to remember that there was a fear that there would be some kind of global meltdown in technology. The only meltdown was the collective worrying of the accountants who had to explain why The Mod Squad wasn’t climbing up the global multiplex charts. 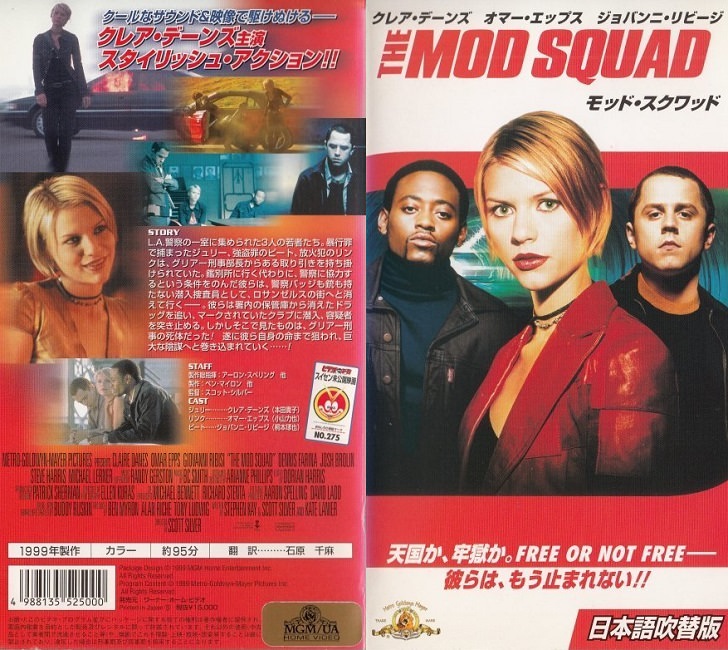 The producers should have ordered rewrites and reshoots by Quentin Tarantino. He probably would have already known about The Matrix and hired a Hong Kong fight choreographer to make it salvageable. Get Smart (2008) and The Man from U.N.C.L.E. (2015) were rightly delayed, especially since I Spy (2001) didn’t do that well despite Eddie Murphy teaming up with Owen Wilson. It didn’t help that other action-oriented ’60s revivals, namely McHale’s Navy (1997) and The Wild Wild West (1999), helped give the impression that the sub-genre was more miss than hit. McHale’s Navy is worth singling out. The Addams Family, The Beverly Hillbillies and The Flintstones proved that a ’60s sitcom didn’t need to be transformed into an action comedy. Hell, McHale’s Navy wasn’t even that popular. The Jetsons would have been a better choice. Heck, Steven Spielberg should have been hired to do that instead of The Lost World (one of two long-forgotten sequels to Jurassic Park).