The chore in choreography

If Corey Yuen wrote an autobiography, Coreyography would have been an apt title if it wasn’t for Corey Feldman mindlessly using it for his punches-pulled memoir. You will find this article to be a lot a more straight-to-the-point than John Kreng’s great book about fight choreography (The Art of Non-Verbal Dialogue), which had too much padding – too much history within the first hundred pages (the book is over 500 pages long). Before I examine the nature of fight scenes, I would like to say that Peter Cheung Yiu-Chung is the best martial arts editor whereas the best martial arts cinematographer is Arthur Wong Ngok-Tai. 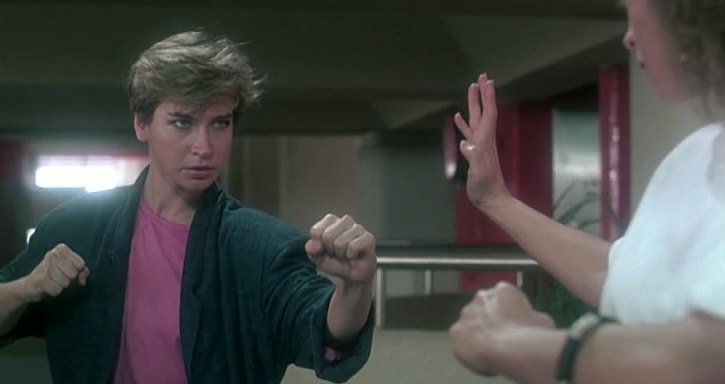 Colour coding – This is the first thing that should be mentioned since it literally sets the tone of the fight. If you have two combatants dressed in black, the moves are rendered monotonous; especially in a dark environment. If you look at the two formal fights between Jackie Chan and Bradley Allan in Gorgeous, the lesson to be learned is that you should have the dark-skinned person dressed in lighter colours versus a light-skinned person in darker colours.

Edit points – Unless you’re a H.K. fight choreographer, a fight scene doesn’t have in-camera editing (i.e. filming in chronological order so as to make the editing easier). To avoid having an editor screw things up, it’s best to have the director storyboard your choreography so that the editing is guaranteed to be continuous. Enter the Dragon is the best proof that you can have in-camera censorship. The obscured deaths of Su Lin, Oharra, Williams, Lam Ching-Ying (same death as Oharra), and the neck breaks reveal an unexpressed concern (i.e. not mentioned in books or documentaries) that the deaths had to be filmed implicitly so as to ensure that the movie would be rated R instead of X by the MPAA (Motion Picture Association of America) like Bruce Lee’s first two martial arts movies almost were. 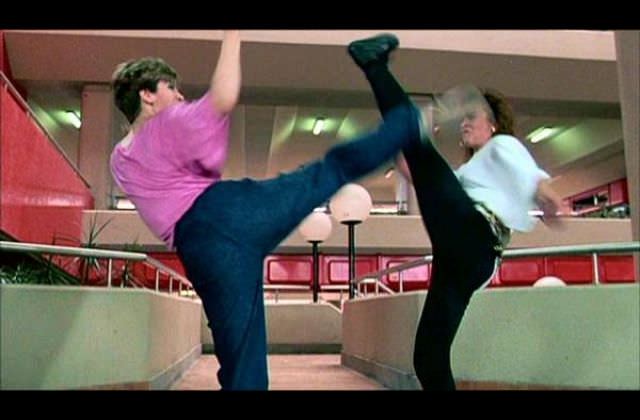 Camera speed – Undercranking is necessary because it encourages a fighter to not compromise on clarity of technique. When a person tries to hit as quickly as possible, the quality can be lacking. Undercranking will not only help you to not be sloppy, but it gives you more time to memorize your techniques and concentrate on your facial expressions. Furthermore, undercranking is necessary because you can simulate hits without the intensity that comes with contact at a normal speed. Unfortunately, Western directors are afraid that the proceedings will come off as fake, but there is such a thing as realistic undercranking. Once the directors have mastered this, they will realize that shaking the camera is a horrible way to imbue energy. By comparison, slow motion is overused. It should be used to emphasize emotional impact and extremely impressive mastery of techniques or the impact of them. 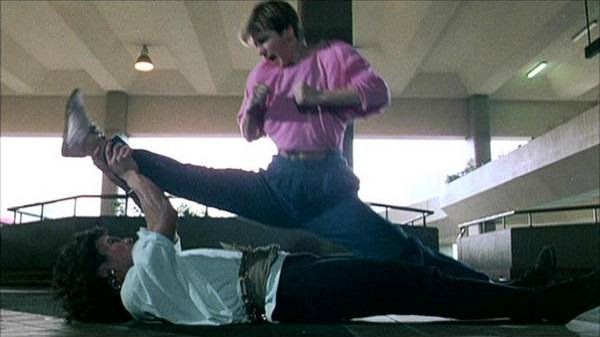 Running time – There seems to be a belief among martial arts aficionados that a good fight has to be at least four minutes long in order for it to be not a waste. Before YouTube, there was a website featuring short clips from H.K. martial arts movies. The site was called The Stunt People. The name referred to a group of U.S. guys who made their own fight scenes in the H.K. style. What I learned was that there are a lot of things that can happen within a minute. Film-makers should really learn to calculate the length of each scene (not just the fights) of the screenplay so that no-one’s feelings get hurt in the editing room. With that said, there has never been a martial arts horror movie which is essentially one long chase that results in a series of short encounters with a scream queen who can fight. It would be ideal if she could do stunts.