The title refers to Marlon Brando in regards to Apocalypse Now (1979). He wasn’t exactly at peak form when he was acting in it. Physically, he was fat enough to be replaced in a way that should have served as a warning to Ryan Gosling (who was replaced by Mark Wahlberg in The Lovely Bones). Psychologically, he was a nuisance whose ineptitude would have resulted in lesser actors being fired for unprofessionalism. Financially, he was so draining that the so-called self-imposed retirement was more to do with blacklisting. I mean, let’s face it, he was surpassed by method actors such as Robert De Niro, Al Pacino, Dustin Hoffman and Jack Nicholson. Harvey Keitel would have been recognized as belonging to this group of luminaries had he been the star of this film. Filming began on Monday, March 22, 1976. Three weeks later, he was no longer the star. The real reason why he was replaced is because the previous actor who the director wanted became available. 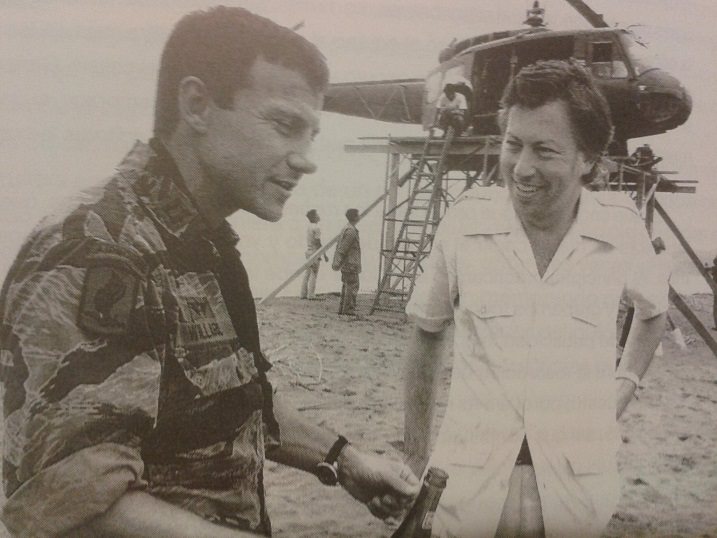 Although Taxi Driver had been released in February, Keitel was the last choice for the role of Captain Benjamin L. Willard. Martin Sheen was more recognizable as a leading man. Badlands, a box office flop, found a home on TV. This resulted in him becoming a leading man of TV movies. What made him more desirable from a cinema viewpoint was that he had been cast in a disaster movie with big names, hence why he was unavailable. The filming of The Cassandra Crossing finished in mid-April of 1976. When Francis Ford Coppola first approached Sheen, it had to have been after filming began in November of 1975.

The below advertisement for the trade press was nothing more than a way to keep the money flowing in what was going to be a film that would need to go into overtime. United Artists, the distributor, printed a thousand posters stating that Keitel was the star. If they had been kept in the loop, they would’ve known about Coppola’s treachery. The amount of time that he had spent on location was downplayed because it wouldn’t make sense for Francis to realize how miscast that the real-life marine was after so much time had gone by. A less convincing lie is that Keitel wasn’t comfortable in the jungle despite being a marine for three years. An even lesser lie is that Coppola claimed to have unexpectedly come across Martin at the Los Angeles Airport after deporting from the Philippines. 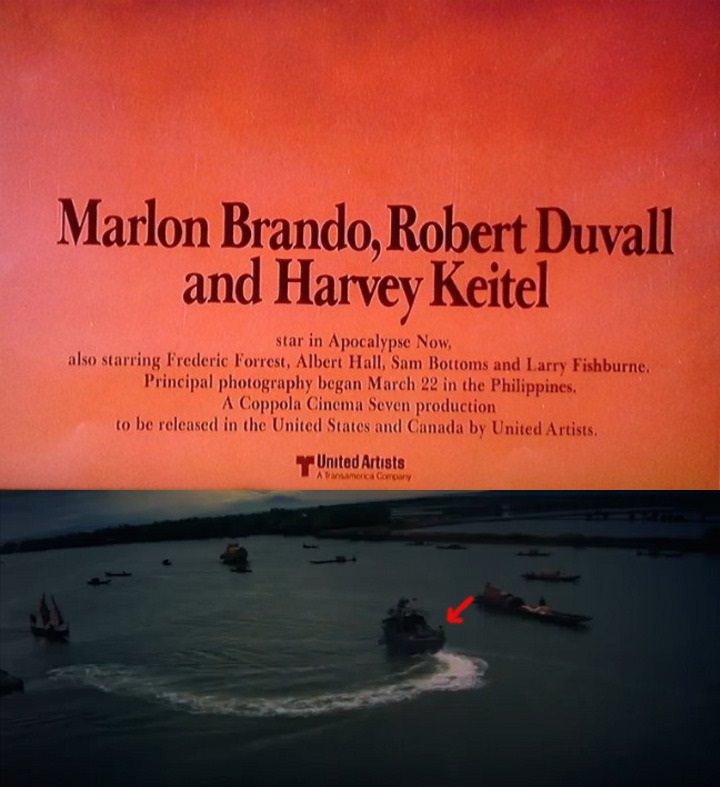 All things considered, Harvey’s net-worth (in 2018) isn’t too far behind that of Martin. Harvey is worth 45 million dollars whereas Martin’s net-worth is 50 million. The above shot is addressed by the film’s editor – Walter Murch: “If you look at the shot, it’s from a helicopter looking at the boat as it’s taking off from the dock at the beginning of the trip. The boat leaves the dock and circles then heads out in the ocean. The person sitting on the front of the boat is Harvey Keitel. It’s such a long shot that you can’t tell, but he is in the film!”

George Hickenlooper, the director of a documentary titled Hearts of Darkness: A Filmmaker’s Apocalypse, wrote a manuscript for a Keitel biography which failed to get published in the nineties. It remains unpublished, but he was kind enough to submit a sample in the late nineties. The gist of it is that George contacted Keitel about the doc. They had a few conversations, all of which would find Keitel referring to Coppola as that fat f#ck. On one particular day, before Keitel invited George to his home at a later date, a small group of people were gathered there. Among them was a young man who was going to direct Keitel for the first time. The film was going to be titled Reservoir Dogs. The director was Quentin Tarantino. 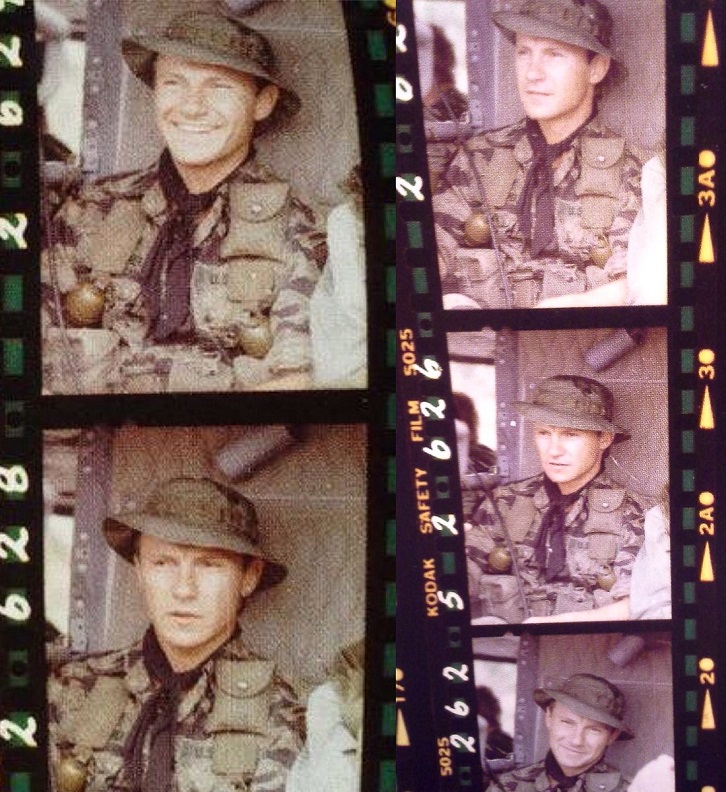 At one point, Keitel took George aside and explained that he had felt betrayed by Coppola. The latter and Keitel created Willard together. In what George describes as one of the most surreal moments of his life, Keitel constantly described himself as Willard. Keitel politely refused to participate in the documentary, but asked George to see it when it was finished. In an interview that Keitel gave to the Los Angeles Times in the same week that he was fired, he hinted at something nefarious. Reading between the lines of what he said, Coppola needed an excuse – give Keitel a contract to act in more films within a seven year period. Keitel agreed, but he required assurances from Coppola that he was a man of his word.

Coppola said that he would let him work for other studios since Coppola would make money from loaning him out. When filming was going to be suspended for three months in order for Brando to be with his children, Keitel asked for a meeting. He got a reply in the form of a letter (consisting of five pages) from Coppola’s lawyers stating that Keitel had repeatedly refused to fulfil his obligation to execute a written memorialization, therefore Coppola Cinema Seven terminated said employment agreement. Keitel found it hard to get any work at all in the States. He was almost resigned to the idea of giving up acting and finding a nine-to-five job to support himself. 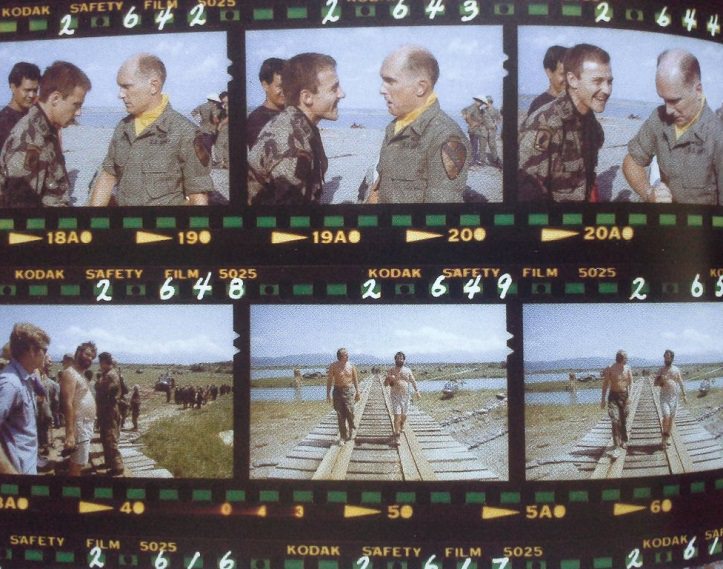 In a later interview with his friend, an artist named Julian Schnabel, Keitel recalled about his last night in the Philippines. He went down to the bar in the hotel where he was staying. A female singer was doing a cover of Frank Sinatra’s My Way. Keitel just sat there, nursing his drink and feeling encouraged by the song. By the time that it was the late nineties, he had made his peace with it. He agreed to act in a film where he played a former soldier who frequented a bar named after Apocalypse Now. Tony Bui’s Three Seasons (1999) was the first foreign-language production to triumph at the usually all-American Sundance Film Festival. It was the first film in the festival’s history to receive both the Grand Jury Award and Audience Award. Some peculiar trivia: both Keitel and Coppola received special thanks in the thanks section of a credit list in a 2007 film titled Expired.