First, there needs to be an introduction about how Ellen Page’s career would have been better had she not dropped out of this popular horror movie. It could be said that young actresses need to do horror before being A-listers. Kristen Stewart had The Messengers on her résumé, Emma Stone had Zombieland under her belt, and Jennifer Lawrence had House at the End of the Street (which was made before The Hunger Games but released afterwards). Horror is a sign that you can let your hair down. Producers want scream queens, not drama queens. Many people online had accused Ellen of letting her Oscar nom status get to her head. Her leading lady career has been going down straight to Hell (if not straight-to-disc) ever since. That Hellish downfall could be attributed to the fact that the actor seen below, Justin Long, was going to play her boyfriend. In real life, he was romantically linked with Drew Barrymore. They split up then he drops out of her directorial début, which Ellen chooses to star in instead. 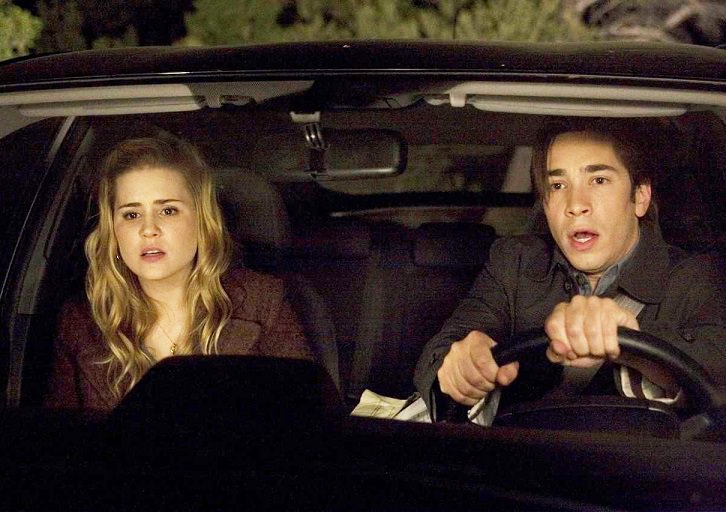 Strangely, he is still credited in Whip It but in the thanks section. This is where things get juicy. The movie got a lot of attention for publicity photos where Drew and Ellen were very intimate with each other. Both movies involved a production company called Mandate Pictures, for whom Rob McEntegart is credited in both movies as the executive vice president of business affairs. Both movies share the same transportation co-captain and stuntwoman. Had Ellen not dropped out of Drag Me to Hell, Dana Reed would have doubled her just like she did in Whip It. In February of 2008, when Ellen landed the DMTH gig, it was also announced that she would star in Peacock (another Mandate Pictures joint) before starting work on Whip It. Peacock began filming on May 6 in 2008. Filming had eerily finished in the same month that DMTH did – June. Whip It began filming in July. 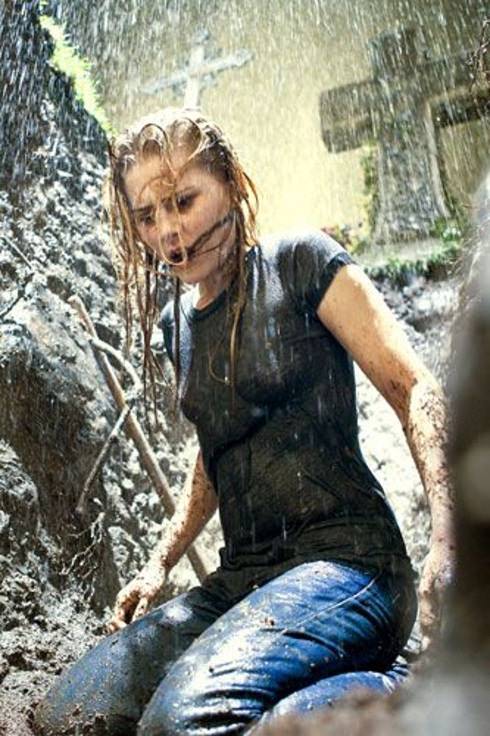 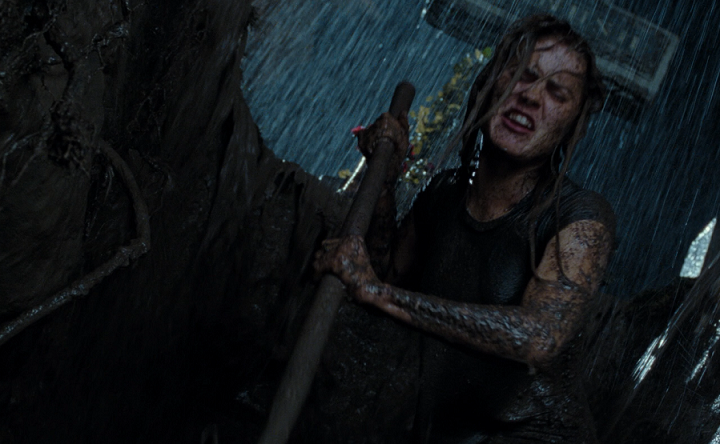 Anyway, I sent an e-mail to someone who worked on DMTH and an Ellen Page movie which I won’t mention because the person wanted to remain anonymous. Here was the response… 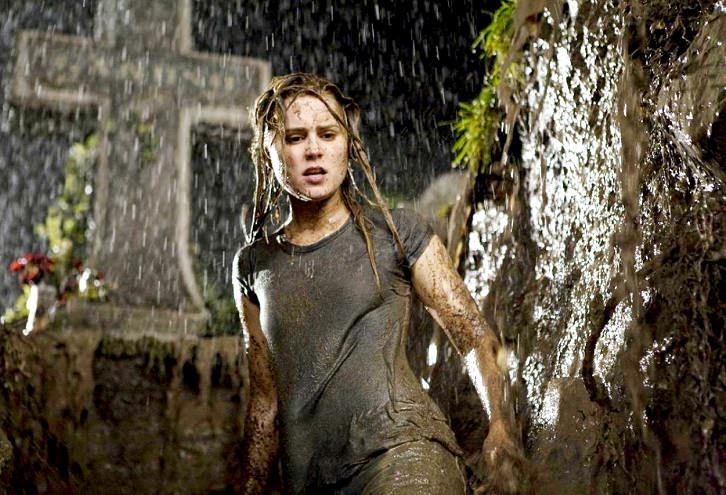 So here’s the real story about why Ellen first was, and then wasn’t part of the cast of DMTH. Understand for context that DMTH was being put together at the beginning of 2008 when a writer’s strike had basically knocked out all TV and film production in L.A. It was also a month into the release of Juno, and Ellen was the huge new thing in that smash hit. For everyone to drive onto the Fox lot each morning to work on DMTH, you’d pass a block-long poster of Juno with Ellen’s face 30 feet high. Now Sam Raimi had written the DMTH script with his brother Ivan. But since the main character is a 22-year-old girl, Sam had hired a woman screenwriter (don’t know who) to try a pass at the script that was more sensitive to the girl’s point of view. I’m told that that script deviated in all sorts of ways from Sam’s script, turning the girl into quite a complex character. She even gets a big wedding at the end. 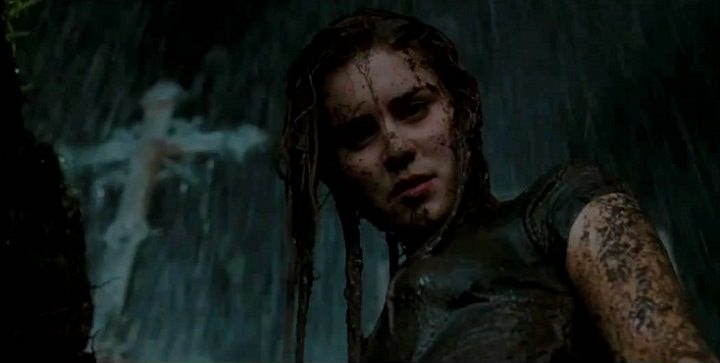 Sam read it, didn’t like it, and discarded it from further consideration. Meanwhile, the part of the girl had been offered to Ellen, who had said yes. Then the Oscar nominations come out. Literally a day or two later is to be Ellen’s first meeting in person with Sam at the studio to discuss the role. In she comes, bubbling over with ideas in the script that she’s really responded to, loving the character’s complexity, and loving the wedding that ends the story. Sam just stares. The meeting goes downhill from there, and the actress and director part in disarray. Sam has realized to his horror that the errant woman’s script had been the version sent to Ellen by mistake, and that’s the version she had said yes to. Ellen realized the script which she loved is not the script that Sam was planning to shoot. Very quickly her yes became a no. And within a couple of weeks the part had gone to Alison Lohman. True story.