Another gem from the sadly deceased Wasted Life site (this time circa 2001). Here is an introduction courtesy of Mr. Richards – It’s unlikely that the Kung Fu movie scene in the UK would be in the healthy state that it’s in without the influence of Toby Russell. Aside from organising many screenings and events, he was one of the co-founders of the Eastern Heroes video label and instrumental in the creation of the Made in Hong Kong label. Toby has also directed two documentaries on Hong Kong Cinema (Cinema of Vengeance after Death By Misadventure) and recently produced Trinity Goes East directed by Robert Tai. He now runs Vengeance Video and still finds time to open his stall in Camden every weekend. He kindly agreed to answer some questions. 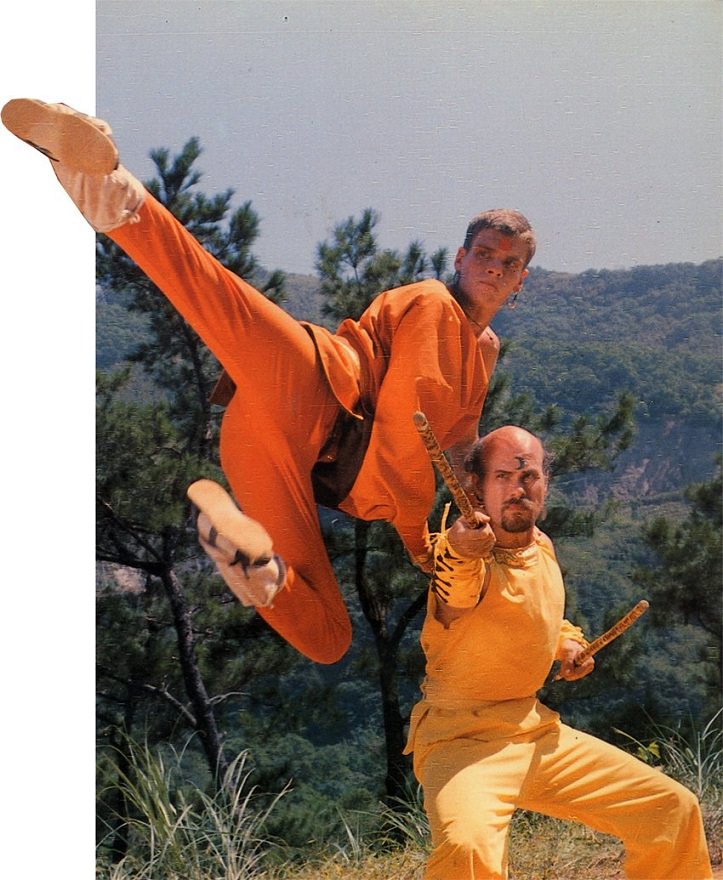 How did you first get interested in Kung Fu movies?

I saw Kung Fu on telly (i.e. David Carradine) and was hooked. This was in the early `70s.

What was the atmosphere like at the screenings in Gerard Street, Chinatown all those years ago?

Normal, nothing special; not like late night which was like a cup final or a rock concert.

I’ve seen pictures of you on movie sets, what was the first Kung Fu movie set you visited and how did you manage to get in?

Dragon Lord – my ex boss in Chinatown was a friend of Willie Chan.

How did you get to work with Robert Tai?

He asked me to act in Mafia vs. Ninja. The three hour version, anyway. 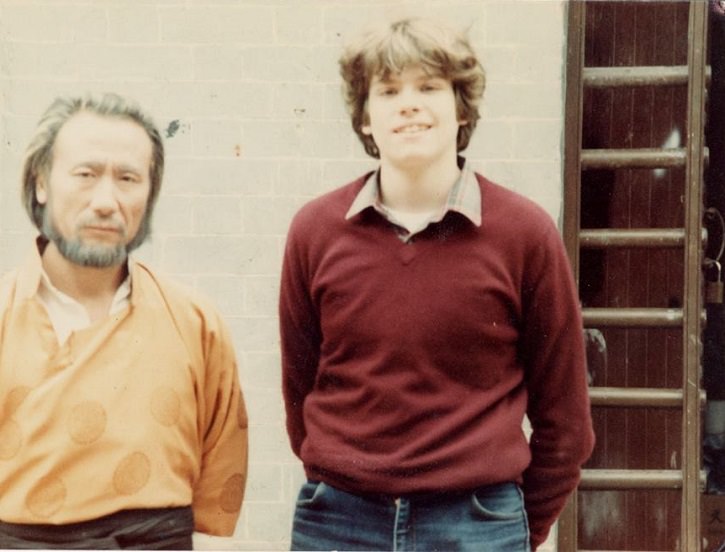 What films did you work on before that and how did you get noticed by Robert?

I had worked on Aces Go Places 3, Possessed, H.K. TV, some English movies….but nothing major. I wanted to meet Robert after I had seen Devil Killer. So when I got to Taipei, I called loads of people to find his whereabouts. I already knew Chu Ko (Venoms man a.k.a. Chu Ke) and he introduced me to some stunt kid called Jackie Boy (he looked and acted like Jackie Chan) who told me Alex Lo’s telephone number. I called him up and met with the whole Tai crew. Robert asked if I wanted to be in one of his films so, of course, I said yes.

How long did it take to shoot that 30 minute fight scene in Ninja: The Final Duel (the one where you get your intestines pulled out by Eugene Thomas)?

My bit was about 4 days.

I’ve always wondered how those complex fight scenes are put together, does Robert plan them beforehand or is there an element of ad lib on set?

Most of it is in his head. Before he arrives on the set, he will put all the shots down on paper the night before. I have seen him come to the set with a 300 plus shot list. In the States and U.K., they probably get off 30 shots max per day. 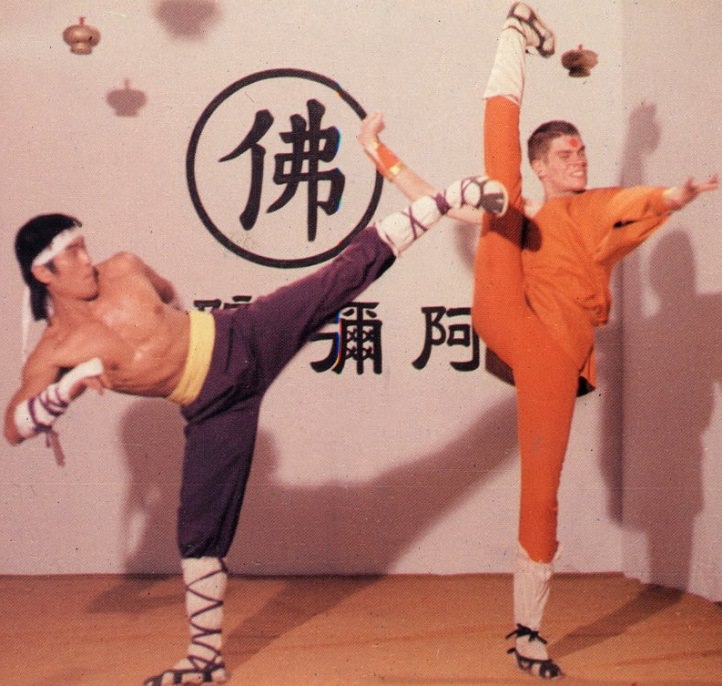 Is it true that you used to live in the same apartment block as Hwang Jang Lee? (that was a rumour I heard)

Well, almost. He lived in the apartment block next door, so I saw him all the time nearly every day.

You’ve interviewed most of the big names in the Hong Kong film industry, how do you manage to get access to such people?

What do you think of the recent crop of Hong Kong movies? Any that you think stick out?

How long did take the production of Trinity Goes East last? 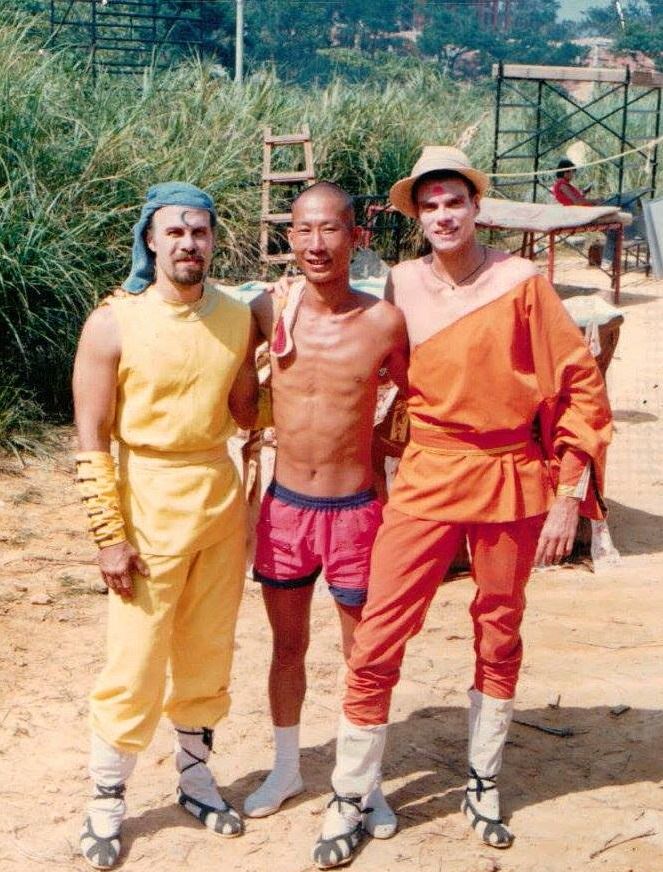 What’s the deal with the pig?

I could have phrased that question better, what is the relevance of the pig to the story? (or am I fixating too much on the pig)

No, he had a very important role in the film, you will see soon.

So can we expect to see lots of old school style action in Trinity and how big of a part does John Liu have?

John has a good part even though he did it under duress, but he soon got into it and I was pleased with how good his action was.

You’ve mentioned in the past that the film has had trouble with Chinese censors, is it particularly violent or were there other reasons?

There were not enough Chinese in the film to be considered a Chinese film and they have a quota of foreign films in China so we won’t qualify, too low budget. 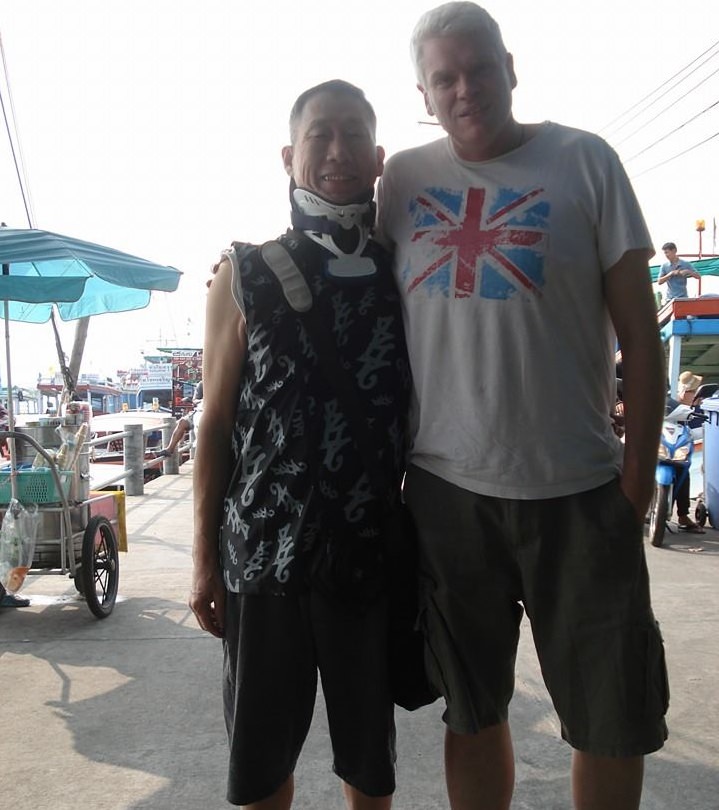 Has Robert Tai mellowed with age, or was he still as fiery on the set?

He has mellowed a bit. He was really bad in the `70s I am told, but he still won’t take any s#!t from anyone.

Do you have plans to produce another film?

After all of the films that you’ve watched, which is your favourite?

The Victim, Hell’s Wind Staff, Devil Killer, Death Duel of Kung Fu, Showdown at the Cottonmill, along with Snake and Crane Arts of Shaolin.

Finally, a couple of questions about Vengeance Video; you seem to be releasing some very rare stuff, was that a deliberate decision or just the way it turned out?

They are cheap and good. What’s rare to us is rubbish to Chinese, remember that.

Can we expect to see more releases sourced from 35mm print, like Demon Strike, and can you drop any hints as to what’s in the pipeline?

Many good ones coming; check out the latest releases coming soon. 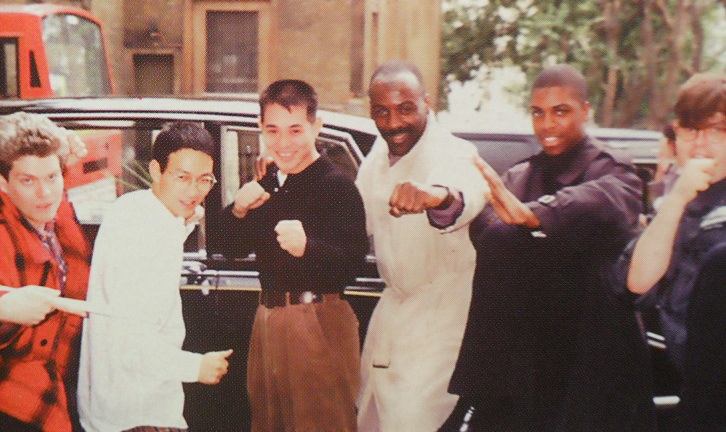 A French webmaster was impressed enough with the interview to do an extended one. As a fan of Chinese movies, Toby had also posted on the FLK forum as Crowman. Below are his best comments as Shapes on the KFF forum since you have to wade through so much stuff to get to the best bits….

1) Shaolin Temple Against Lama: A sad tale about this film – Wu Hao who plays the crazy monk in the trees got paralyzed from the neck down because of this film, when a double front summy went wrong and he landed on his neck severing his spinal cord. Real waste, he was arguably one of the best acrobat stuntmen that ever lived. All the mad acro stunts in Ninja in the Dragon’s Den and Shaolin Vs. Ninja were done by him.

2) Ninja vs. Shaolin Guard: Actually, Tai directed this film, Chang Chi was producer and cameraman. It was made for next to nothing – $30k…maybe even less. Tai told me the crew was just around 10 -15 people. His wife had a cameo in the film. She gets killed in the village massacre.

3) Dubbing artist: Rick Thomas might sound like a sissy, but the bloke is hardcore; he is ex-SBS. He even had a go at Bruce Lee during Way of the Dragon casting, hence he is not in the film. The only film I saw him in was My Darling, My Goddess. He plays the Brit Police Captain. Rick and his wife wrote most of the scripts for the movies he dubbed. He is the dubbing director and he normally casts the films. I made him use that Billy Chong / Bruce Li voice for Death Cage. He told me he had retired but I insisted on it. Rick lives in a wicked house on an private island you can only get to it by speedboat, you can see the Shaw Brothers from his balcony.

4) Death Cage: The maddest thing that happened in post was when John Ladalski upset Robert Tai in the editing room, so Tai took out a 2 min fight with Ladalski. I remember he just cut the thing and spooled it off into the edit bin.

5) A Fist Full of Talons: Tai and his team were the original choreographers but Tai had an argument with Sun Chung, so he was replaced by Leung Siu-Hung.

6) Brandy Yuen: In his words when I interviewed him – Woo-Ping is not as fit as the rest of us. As a child, he was ill so his Kung Fu is not as good as mine or his brothers. I also trained in eagle claw. The others did not know real kung fu, so most of the shapes were designed by me. I taught Jackie Chan the drunken form in Drunken Master. He talked about his work on Crystal Fist (rated Billy highly). He talked in length about Buddhist Fist. His toughest job was in the jar in Miracle Fighters – I hated that it was so hot with that white paint, and I could not get out of the jar. Had to sit there between takes. I kept hitting my chin on the jar neck. He also said he did a lot of creature work as a child on the black and white movies – I would play toads, bears and aliens, I did a lot of creatures on Super Inframan for Shaws. I told him – You were the best stuntman in Hong Kong at that time. He did not deny it as they are normally quite modest. He just said – Who told you that? Well, it was true. After he directed The Master of Zen, he became a monk. He turned his back on movies and his family, and now runs a temple. He said Woo-Ping tried to get him to come back to movies but he refused.

8) Tower of Death: This is what KMDB make of the story – Kim Tae-jung calls on Jin Kil-yong in Tokyo on his way to Taekwondo contest and finds him dead. At his funeral, the coffin is stolen by a helicopter and a friend Man-ho is killed. Tae-jung gets a roll of 16mm film shot in Sicily from Kil-yong’s servant but is chased by two men. He meets Guie, lord of Sicily, for information but Guie gets killed by Mongro. He manages to escape and finds Kil-yong hiding in a temple in Korea with help of international police. Kil-yong disguised to be dead in Tokyo. Together they fight the evil. On their site, they claim the film was released in March 1980. It came out 1 year later in HK. I think this film was shot from 78-80, as Yuen Biao was in a fair bit of it and his hair changed too. Also, he plays one of the monks. This must be pre-Knockabout as GH were pushing him as a star from then on.

9) Partnership: Eternal are not part of Shaw Brothers. Shaws used to distribute some of their films for them. They were owned by Pal Ming. When she died in the 80’s, her daughter took control of the company. She lives in upstate NY and as far as I know did not sell the films yet.

10) Stephen Chow: I am glad to see the issue of swearing in HK films brought up at last. Chow’s use of Cantonese swearing (very tame) is limited by the HK film censor or an unwritten code of practice, since there is no F–ck off lingo in any Hong Kong film, so they have yet to make a proper gangster film (IMO) as that is how all the Triad guys speak. The film would last about 30 mins if they let them speak how the really do, the only time I heard banned words was in a film called Lonely 15 when the Filipino guy said to his woman “Delay no more” – this was a clever way of slipping in that foul expression. Recently in M.I. 3, Maggie Q lets out a foul mouth bit of lingo: “Mou Lun Yung” which means F#cking useless. I am not sure if that bit was cut in the HK release as her accent is far from perfect. One guy who is very clever at slipping in filthy language into his films is Wong Jing; he does this by using English like in H.K. Playboys, he called Nat Chan “Lolanto” which if you broke it down in Cantonese means Old F-cking Out of Date Bloke. Or “Richard Billingham” (Lok Chat Bei Lei Hum) which means Suck my D!ck and stuff like that.