Wednesday, October 29, 1997. Hong Kong newspapers by the names of Ming Pao, Sing Tao Daily and Ta Kung Pao reported that Lam Ching-Ying (a.k.a. the vampire priest) had not appeared in public for many months as ATV had tried a number of times to contact him for season 3 of the Mr. Vampire spin-off. They discovered that he was seriously ill. When he went to the hospital for tests, he was diagnosed as having liver cancer. He had been repeatedly going to the hospital. Because he didn’t want his illness to be publicized or even known by his closest friends, he was resting at a relative’s home. It was explained by the media that his absence could be explained by himself having resided in the U.S. It was alleged that his liver problems were due to alcohol, although Eric Tsang (an actor friend) denied this. Also, Norman Law and Wu Ma (other such friends) noticed that he was really thin as opposed to the girth that alcoholism brings. 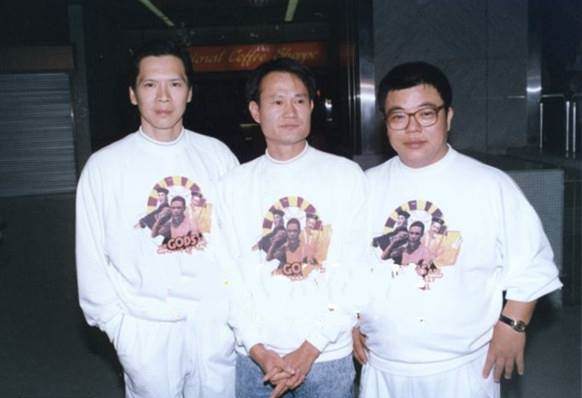 Since he was divorced, had played a feminine character in a 1982 movie (The Prodigal Son) and had a somewhat effeminate demeanour (voice included), I hypothesize that he had A.I.D.S. because he was bisexual. After his divorce in 1988, he lived with his parents out of child-rearing convenience. His parents and brothers all lived in Sai Kung, which is away from the city. In 1991, he opened a bar there but the papers refused to disclose the name. His children, daughter was 12 and son was 9, enjoyed his movies to the extent that they recorded them on at least 40 video tapes. The liver cancer rumour was further confirmed (or rather alibied) by a good friend who wished to remain anonymous, perhaps because of his own sexual orientation being obvious. Kingdom Yuen King-Tan (an actress friend) praised Lam’s “good friend” (the article presented this in quote unquote format) as being by his side to care for him.

It wasn’t even reported that it was his sister until after he died. Before he died, John Lone returned to H.K. for a commercial shoot and assumed that Lam would want to meet him since they went to the same drama school. No luck. It wasn’t personal. His other close schoolmates – Austin Wai Tin-Chi, Meng Hoi and Stephen Tung Wai – were not granted visits. A month before his passing on November 8, he broke up with Kingdom. However, Sammo Hung wasn’t sure if their relationship was true. He wished that Lam was more open about his medical condition, because Sammo could have helped him with treatment. Reportedly, Lam even refused to see his own children as he felt that his looks would traumatize them. According to sources, Lam rarely joked around anyway. Jamie Luk (who directed Lam in Doctor Vampire) confirmed it by saying that he didn’t talk much, but was still a nice guy who professionally could not be topped. 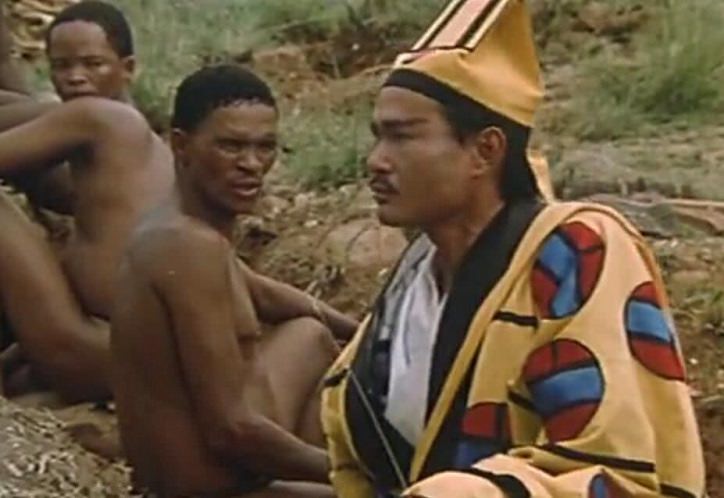 Ironically, for all of his success, his happiest days were when he was a stuntman. Sammo already knew him from his opera days because their troupes had often performed together. Sammo and Lam would teach other. After he died on that particular Saturday, the press were quick to note that The Way of the Dragon (1972) was the only martial arts movie that Bruce Lee starred in which Lam, Peter Chan-Lung and Billy Chan Wui-Ngai didn’t work on. What the press weren’t keen to point out was that this was because they were working under Sammo’s authority during the making of Hapkido. Still, Bruce was the one who Lam had admired the most. During the making of Enter the Dragon, Bruce made a special request to Raymond Chow to get Lam back from Korea to work on the film. Coincidentally, Sammo took a break from Thailand for the final scene that was to be filmed – the first MMA fight.

Lam was less lucky than Lee as a director. It took half a decade to direct after Vampire Vs. Vampire in 1989. The movie did okay at the box office, but he didn’t receive his director’s fee because the production cost went over the set budget. Fast-forwarding to the year when H.K. was no longer a U.K. colony, Sammo received a phone call on November 10 about his friend’s death. Due to the numerous rumors beforehand, he honestly said he was prepared. Considering how secretive that Lam was, you have to wonder what those rumours were. Chin Kar-Lok, who Lam directed in the Chinese movie version of The Green Hornet circa 1994, found himself to be a lucky person near the beginning of 1997 when Lam invited him for a drink. Chin commented on the alcoholism hypothesis: “He likes to drink, but not that seriously. I have never seen him drunk. He has always been low key.”

Eric Tsang felt the death was very sudden because when he first heard about his illness, he called to confirm but Lam said don’t listen to the rumours. Contrary to what Chin said, Eric elaborated by saying that only a few buddies in the business knew about his health condition. Corey Yuen Kwai knew about Lam’s illness and spent a week for looking him, but to no avail. He said that he rarely heard Lam talk about himself in all the years that he knew him. Yuen Wah, like Corey, also worked with Bruce and Lam. Wah described Lam’s personality as a man of few words who was very low key but also very stubborn. Sammo agreed about the latter: “When we were younger, we got into a fight with others. He was arrested by the police, who treated him like a suspect without asking first, and beat him with night sticks. Everyone else were groaning in pain, but he didn’t make a sound. That’s how stubborn of a guy that he was.”

About his stubbornness, he was unwilling to be hospitalized immediately and insisted on finishing the job before his treatment, which might have shortened his lifespan. His ex-wife was kind enough to appear at his funeral where she sobbed uncontrollably. After the prayers, Cheng Bing-Bing said to the press that she knew about her former husband’s illness and she has always been in H.K. but never visited him. Her flower basket was placed under the ones from Lam’s parents. Besides his late brother (who passed away due to liver cancer half a year prior), his youngest brother, older sister and two younger sisters had their ornate floral arrangements placed in front of the altar. In his younger days, Lam was stubborn in a way that was more outspoken. Eric reminisced: “When he was little, Madame Fan Fok-Fa said he was disobedient and couldn’t handle him, but Bruce Lee admired him the most.” 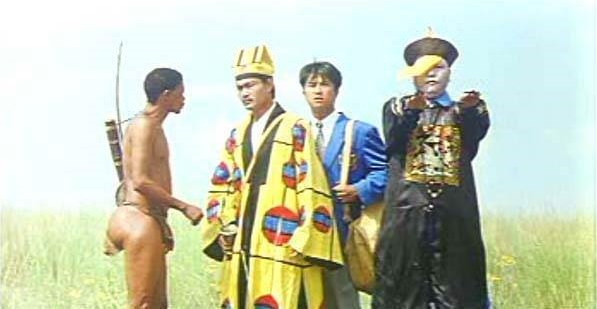 Like Bruce, Lam was buried with his favourite glasses except his were sunglasses. Unlike Bruce, Lam was buried three days after his death instead of ten. ATV planned to rerun Vampire Expert during the day, but due to the request of the more tasteful viewers, the time had been moved to late night and delayed until December. On the Sunday night before the rerun began, ATV aired a memorial special. However, the boss of ATV was quick to notify that Lam’s passing would not stop Vampire Expert from being produced. Unlike what happened with John Ritter’s death in season 2 of 8 Simple Rules, the Chinese TV series had to have a third season because ATV already took the money from the advertisers. The difference is that Lam completed season 2, but season 3 was not filmed because viewers refused to see anyone else in the role. Advertisers were compensated with new shows.

Monday, November 10, 1997. Chow Yun-Fat and his wife went to the hospital for the former’s annual check-up. He found out about Lam’s death and volunteered to be a “mole” for the reporters. Chow is especially sympathetic to the reporters because his older sister is also a reporter. Even when blood was being drawn, he used his right hand to sign autographs while blood was being drawn from the left. From his impression of working with Lam on Hong Kong 1941 in 1984, he said: “I remember he was very quiet, very serious, and rarely talks to others. I hope he is now in some place that is really happy, not as quiet, and not as boring.”