That’s what happened when John Woo mixed pigeons with bullets in Hard Target.

All kidding aside, it’s a shame that John was never allowed to stretch his wings as a director in Hollywood. One of his friends, Chow Yun-Fat, was at least given the opportunity to do that as an actor in Anna and the King. Back in 1997, two Hollywood stars came to Woo with the prospect of him directing musicals. Goldie Hawn wanted him to direct her in a filmic adaptation of Bob Fosse’s Chicago whereas John Travolta asked him to participate in a big-screen adaptation of Andrew Lloyd Webber’s Phantom of the Opera – both of which had failed to materialize due to scheduling conflicts.

It’s especially a shame that Woo never got what he truly wanted, because Chang Cheh (Woo’s mentor) gave him some advice – mix Western techniques with the Eastern spirit. The latter, as theorized by Cheh, is meant to be the traditional one – the spirit of heroes. After when Face/Off was made, Woo organized a special screening of it in the Mei La Wa theater for his friends. This was on July 27 in 1997. Chang told the press why he came to Hong Kong from China: “This time, I came for Ng Yu-Sum. I care about how he is doing recently, and also admire the love that he has placed in his film.” 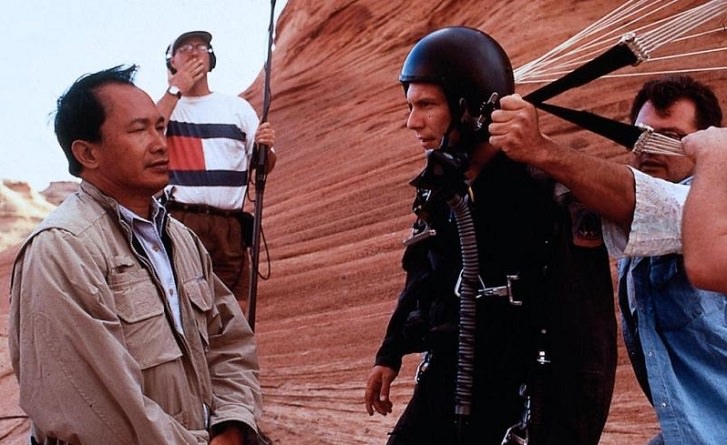 In the past, the man previously known as Ng Yu-Sum had been criticized by his wife for giving all the romance to his films. After going to America, John began to pay more attention to his family. She said: “When we were in Hong Kong, Ng Yu-Sum is the emperor of Japan. I always walked a step behind him. After arriving in America, I became the Queen of England and walked ahead of him. He has become the Royal Consort, taking three steps behind me.” 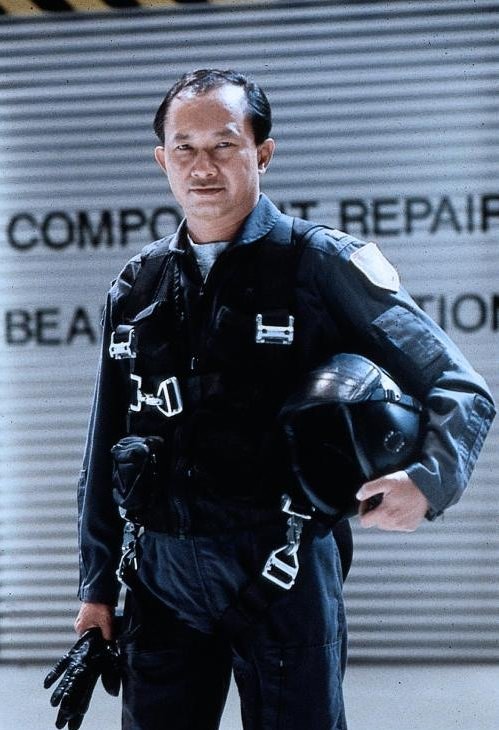 The combination of the above and below two images remind me of an anecdote that John disclosed at an Australian screening of Bullet in the Head. He wanted Tony Leung Chiu-Wai to be unhinged like his character during the prisoner of war scene, so John dressed up as a POW and ordered one of the Thai extras to shoot him with blanks. The first time, Tony laughed as it came out of nowhere. However, John did it a few more times until Tony started to cry. It was easy to do, because they bonded quite well during the making of the film. Tony still liked him enough to co-star in Hard-Boiled. Tony praised John to be a good man as well as someone who lets his actors loose. Tony said: “When we were filming Bullet in the Head in the Philippines, he saw I was afraid of the dark and gave me his larger room while he took the smaller room. Also, in order to give me a good night sleep, he got me drunk every night. Once I overslept, he didn’t wake me and waited for me at the lobby. I will never forget that.” 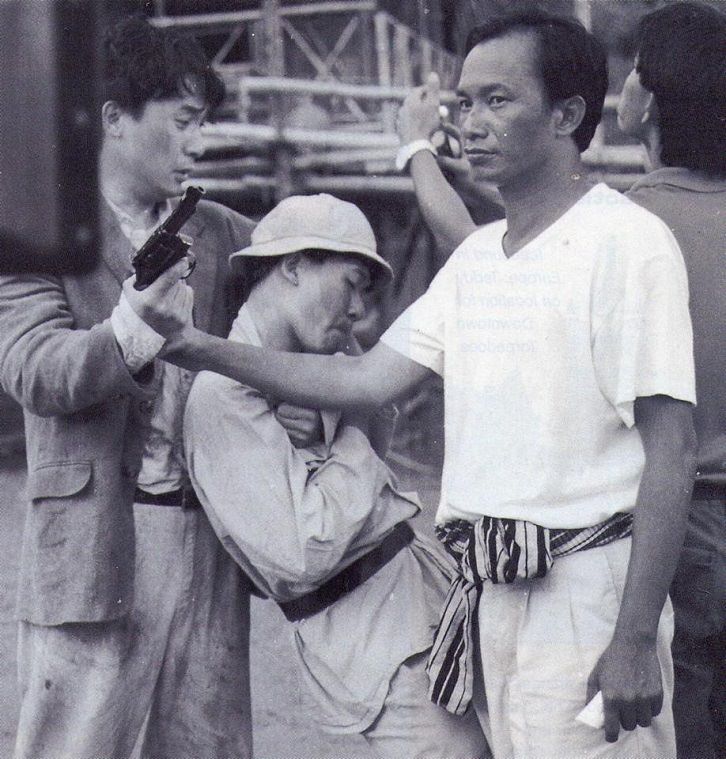 John originally wanted Chow Yun-Fat to play the role of Tom Cruise’s Australian sidekick in Mission: Impossible II, but Chow had to start working on Anna and the King in the November of that year (1998). Similarly, Anthony Hopkins was the last choice for the role of Swanbeck. The front-runner for that role was Ian McKellen. I think that he would have been better, because John said: “My philosophy is that humans have a good side and an evil side. There isn’t complete good or complete bad, only each are doing his own thing from different positions.” 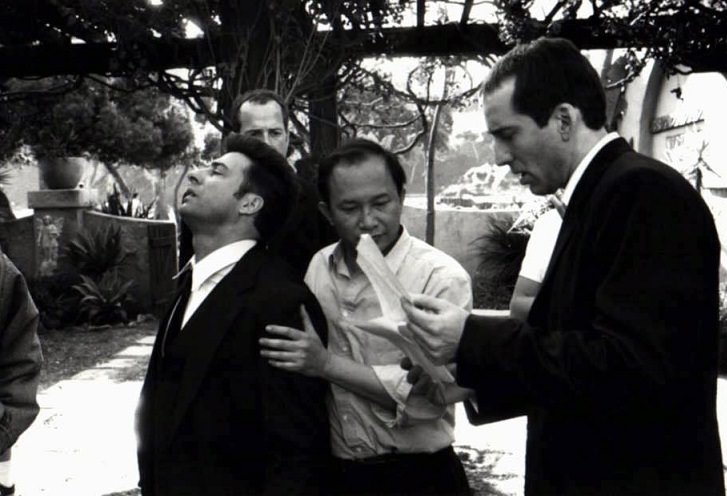 John summarizes his Hollywood journey up to the point right before he was signed to do the Tom Cruise movie: “I went to Hollywood because they like my style, but they have their standards. I wasn’t used to their meeting-over-everything working situation. When I made the first film, half the time was spent in meetings. I never complained, I only tried to come to an understanding and compromise with them. Finally, I still was able to get past the problems and completed the film. I started to get used to it during my second film, and now with Face/Off, I absolutely don’t care about anything other than making the movie, handing it all to manager to handle. Now I have gone from doing everything to not caring about anything except making the movie good. But what made me the happiest was the Hollywood colleagues. They not only weren’t envious of me, they actually hope for me to succeed.”

John talked about family life to the H.K. press: “In Hong Kong, I worked day and night, so I left my family behind. Sometimes I would fight with my wife, and I was rather distant with my children. After coming to America, I have picked up the concept of family again because of the stable work schedule. My relationship with my wife is better, and I communicate more with the kids.”