Diary of a Madman

The title of an Ozzy Osbourne solo album, yet the title of this Jude Poyer diary compilation from his deactivated website. You would think that he would have a blog to transfer his info, but no. Maybe he will write an autobiography, seeing as how he was able to copy and paste the uncut version of his account about the making of Golden Harvest’s A Man Called Hero, which was published in the February and March 1999 issues of Impact magazine. You would think that they would have incorporated everything in a way that would allow for an extra issue, alas that’s the publishing world for you. Many aspiring stunt performers could benefit from him, so (for the sake of being a completist) I will post all of his unpublished yet not unpublicized accounts presented in a style that is not too dissimilar to Memento… 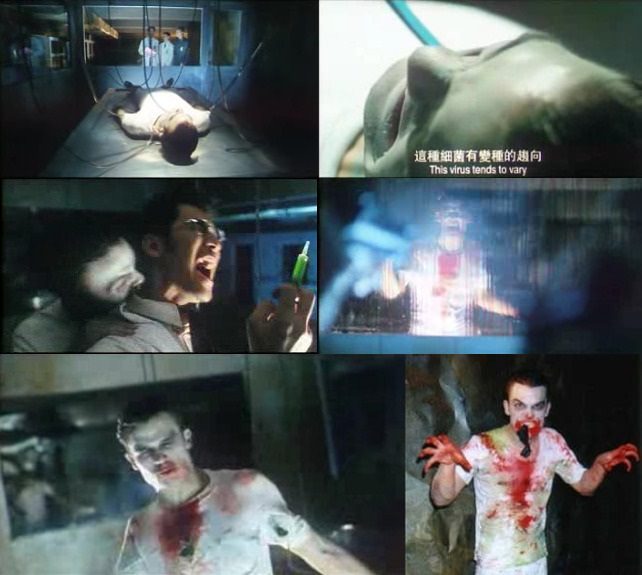 I started work tonight on a supernatural comedy being directed by Aman Cheung (Fist Power). Among other scenes, I shot a brief fight with Jerry Lam. The action director was the fastest man in the action show business – Ma Yuk-Sing. The film also stars Sam Lee (Made in Hong Kong) and, in her film debut, Myolie Wu (Miss Hong Kong ’99 runner-up).

I shot tonight for Bio-Crisis Cop, playing a zombie which breaks free from it’s shackles, savages a doctor, gets riddled with bullets, and eventually meets a gruesome end! The film, due out soon, stars Sam Lee, Stephen Fung and Benny Lai Chun. The action director was Lee Tat-Chiu.

I performed this wire jerkback stunt on Red Trousers – a project starring and directed by Robin Shou, who predated Jackie Chan in terms of being a H.K. martial arts actor who became a Hollywood star.

I started work on a new “period piece” film (Vampire Controller) in which I play the boyfriend of one of the female characters. Tonight, I got to both kiss the girl AND have a swordfight with a masked assassin played by Cheng Ka-Sang (who also serves as the film’s action director).

I was in the dubbing studio for Honey, I Love You.

I  worked on the new advert for Sony’s Playstation 2, stunt-doubling for the lead actor. The commercial will be broadcast worldwide by the end of the year. Keep your eyes peeled! The action director was Ridley Tsui Bo-Wah.

An interview with myself (in German) has been posted on Asian Film Web (formerly known as Hong Kong Film Web).

I shot for only one night for Gen-Y Cops, a new action movie from director Benny Chan Muk-Sing. I play a cage fighter who gets battered by Ron Smoorenburg! The action director was Nicky Li Chung-Chi.

I performed a comedy fight as part of a demonstration day that was organised by the Chow Gar Kung Fu Association. One guest of honour was former Shaw Brothers actor Gordon Liu Chia-Hui (Lau Kar-Fai) of 36th Chamber of Shaolin fame. 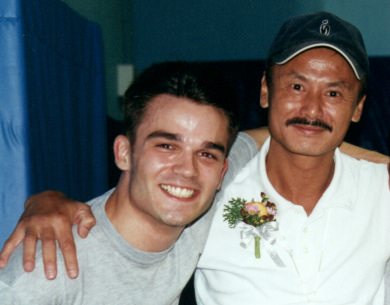 I just got back to Hong Kong after location shooting in the Philippines for Honey, I Love You. I had a great time filming near where Apocalypse Now was shot, seeing wildlife, and singing karaoke with the Filipino and Japanese crew!

I am taking a short break in London following location work in Milan on Honey, I Love You (where I shot yet another fight scene with Daniel Wu!). 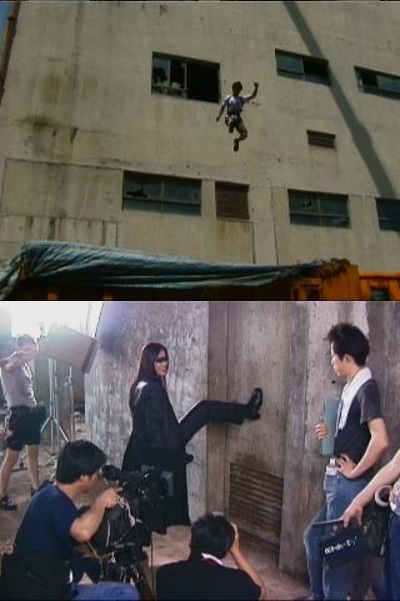 I directed as well as stunt coordinated a gunfight and behind-the-scenes feature on how gunfights are staged. This will be featured on an upcoming DVD release from a UK label named Hong Kong Legends.

I have been working on Ultraviolet – a futuristic vampire film starring Milla Jovovich, directed by Kurt Wimmer of Equilibrium fame. The film features a diverse stunt team, with performers from the states, Hong Kong, mainland China, Thailand, the U.K. and Australia.

I played a passport forger in a TV drama, ICAC Investigators, directed by Dante lam. It stars Anthony Wong and Andrew Lin. It will broadcast in early 2004.

I have been working on a TVB series, Angels of Mission, by playing a terrorist. Fewer bullets have been used in whole wars than in this series!

I have finished working on Star Runner, a prequel (of sorts) to A Fighter’s Blues. It stars Vanness Wu from Taiwanese boy band F4. It is directed by Daniel Lee (who directed me in Jet Li’s Black Mask), and is action directed by Chin Kar-Lok. I play an Australian kickboxer who is beaten by Vanness! Other actors in the cast include Gordon Liu, Ken Lo, David Chiang and Ti Lung.

An interview with myself appeared in South China Morning Post. 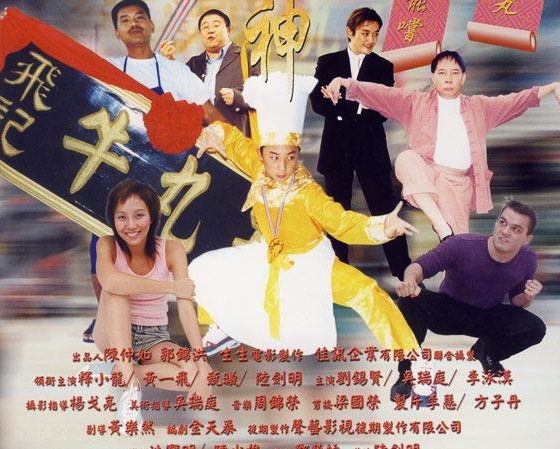 I recorded an audio commentary with Miles Wood (film critic) for the Shaw Brothers DVD of The Anonymous Heroes, which stars Ti Lung and David Chiang. It was directed by Chang Cheh.

I finished shooting additional scenes as part of reshoots for The Medallion (formerly Highbinders). The director for these shoots was Doug Aarniokoski (who directed Donnie Yen in Highlander 4). 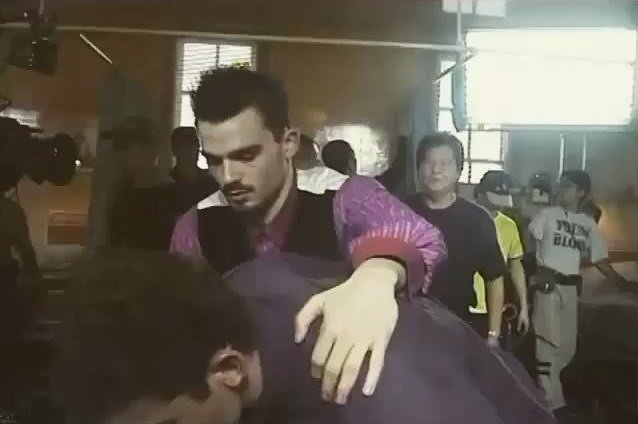 I recorded an audio commentary for the H.K.L. DVD of Dragon From Russia. The other commentator is the film’s director – Clarence Ford.

I worked on a teaser trailer for Naked Weapon in Shenzhan, China. The director is Tony Ching Siu-Tung.

I was in Thailand to shoot an interview with movie villain Dick Wei for the HKL DVD of Project A. I was honoured to trade a few punches and kicks with the man!

I have been working on Highbinders – a new Jackie Chan film directed by Gordon Chan and action directed by Sammo Hung. The cast includes Lee Evans and Julian Sands. I have filmed in Hong Kong and Thailand.

The Visa card commercial starring Zhang Ziyi, on which I worked as a stunt double, is now showing on TV screens across the Asia Pacific region. Although he’s a double, these shots show his face isn’t always invisible!

I shot scenes for a flashback in the latest film from veteran action director Corey Yuen (choreographed this year’s Kiss of the Dragon and The One). The final title has yet to be confirmed, but has been called Crystal Warriors, Hong Kong Charlie’s Angels and Virtual Twilight at different times. In the cast are Vicky Zhao, Shu Qi and Karen Mok. I play……a bad guy who meets a nasty death.

I just finished work on a new TV commercial for Visa. It stars Crouching Tiger, Hidden Dragon and Rush Hour 2 actress Zhang Ziyi. The director was an Australian – Bruce Hunt (2nd Unit director for The Matrix). Ridley Tsui handled the action design. The commercial took 4 days of rehearsals and 4 days of shooting to complete. It has plenty of crazy action and stunts. I doubled the irate French chef who tangles with Ms. Zhang when she complains about his soup.

Scaremonger, the Aman Cheung film that I shot at the end of last year, is out now on DVD and VCD, following behind the heels of its local cinema run. The film is no classic, but gives a different sort of character for me to play. 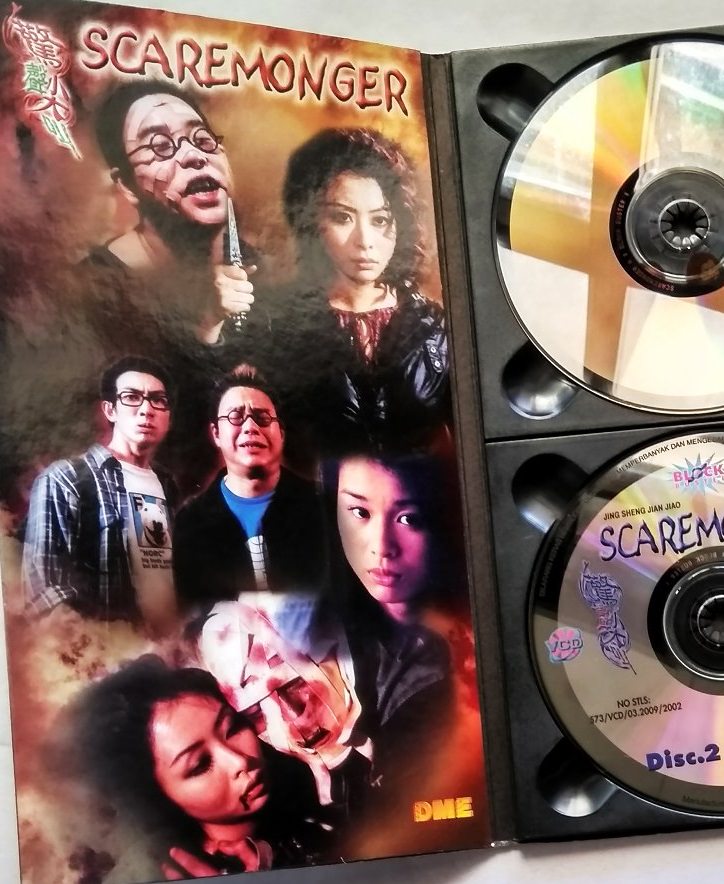 I was part of the Hong Kong Stuntmen’s Association putting on a wire-heavy swordfight at this year’s Hong Kong Film Awards.

I spent the last three days rehearsing and shooting a commercial for the Progress Energy electrical company. I stunt-doubled the lead actor (TVB’s Greg Rivers) by performing all of the fight action. Naturally, I got to wear a silly wig! The action director was Ridley Tsui, and the director was Tarsem Singh (director of The Cell starring Jennifer Lopez).

Fist Power, in which I play a henchman out to get Chiu Man-Cheuk (guess who wins!), is released on DVD and VHS in the U.K. by MIA.

Vampire Controller, in which I play a vampire by the name of Wong Jing (named after the populist director), begins it’s limited cinema-run. A Chinese-language magazine erroneously reported that I work on all of Jackie Chan’s movies. News to me!

I donned a silly wig and fake chest hair to shoot a recreation of the Bruce Lee and Chuck Norris duel in The Way of the Dragon. It is to be featured on a TVB charity show that will be aired on Jan 7th. Playing Bruce Lee was the talented Stephen Au Kam-Tong (Body Weapon). We previously fought last year as Bruce and Bob Wall in a TV series titled Showbiz Tycoon, but the fight was cut from the final aired version. For the TVB fight, the action choreographers were Mars and “Ten Kid” Leung (the brother of Bruce Liang Siu-Lung and Tony Leung Siu-Hung). Also, look out for me in a documentary titled Heromakers on the Hong Kong Legends DVD of Red Wolf. It features interviews and behind the scenes footage of Hong Kong stunt performers.