It’s common for some adult entertainers to fake a suicide so that they can leave the adult industry without fear of violent provocation. Such examples include Hyapatia and Holly Landers. Julie Lee is a Hong Kong example. In the below photo, she looks like she could be the Chinese equivalent to Juno Temple. Julie’s birth name was Choi Chung-Lai, but her stage name in Cantonese was Lee Wa-Yuet (李華月). When she dabbled in singing, her name was Julie Riva because of her first husband – who she married when she was 19. They had separated about half a year later, but she liked the name enough for it to serve her as an additional alias. In theory, it makes sense for her to have committed suicide. For starters, she was 41 years old (midlife crisis). Insultingly, she is the adopted daughter of the Kowloon Bus Company’s former chairman. 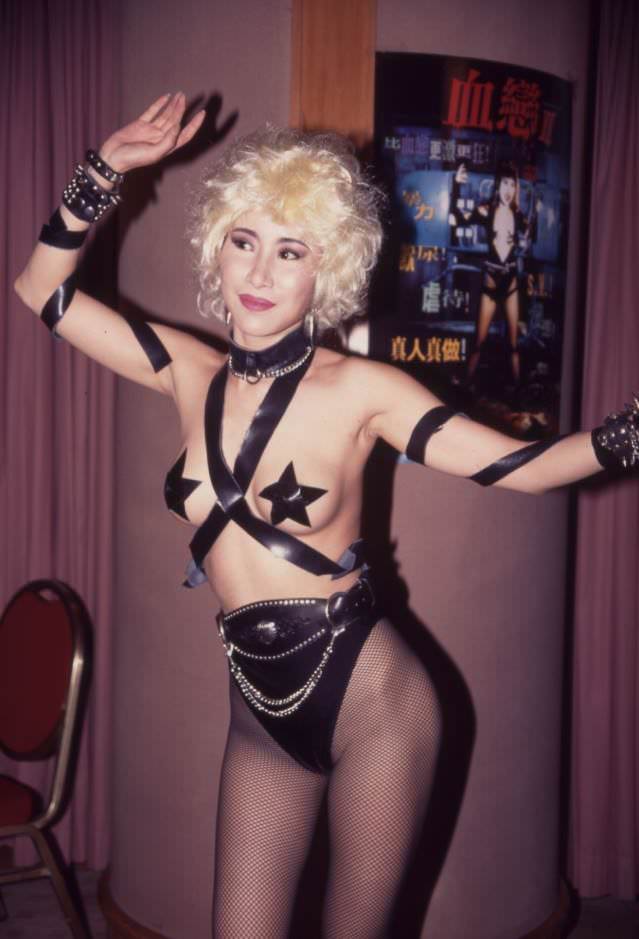 She had married 3 men of other nationalities. This reflects the fact that she had studied in France, Australia and the U.S. Her second marriage ended because he was a kinky bisexual who preferred men. Later, he was found dead in a hotel after overdoing S&M activities. It was long before Julie married her third husband Thomas Freitag, who supported her idea of S&M for real. When she funded the first “real action” category III film (Trilogy of Lust), Thomas supported and helped promoting the film. When she made the sequel, he even became one of the male leads – “doing it for real” with her in the movie. Part II was less successful. Released in 1995, it was her last H.K. movie. Julie had all along been seen as a strange phenomenon in the H.K. movie circle. Besides her ideas about doing it for real, she published a shocking photo book in the last year of her short yet highly publicized H.K. film career. 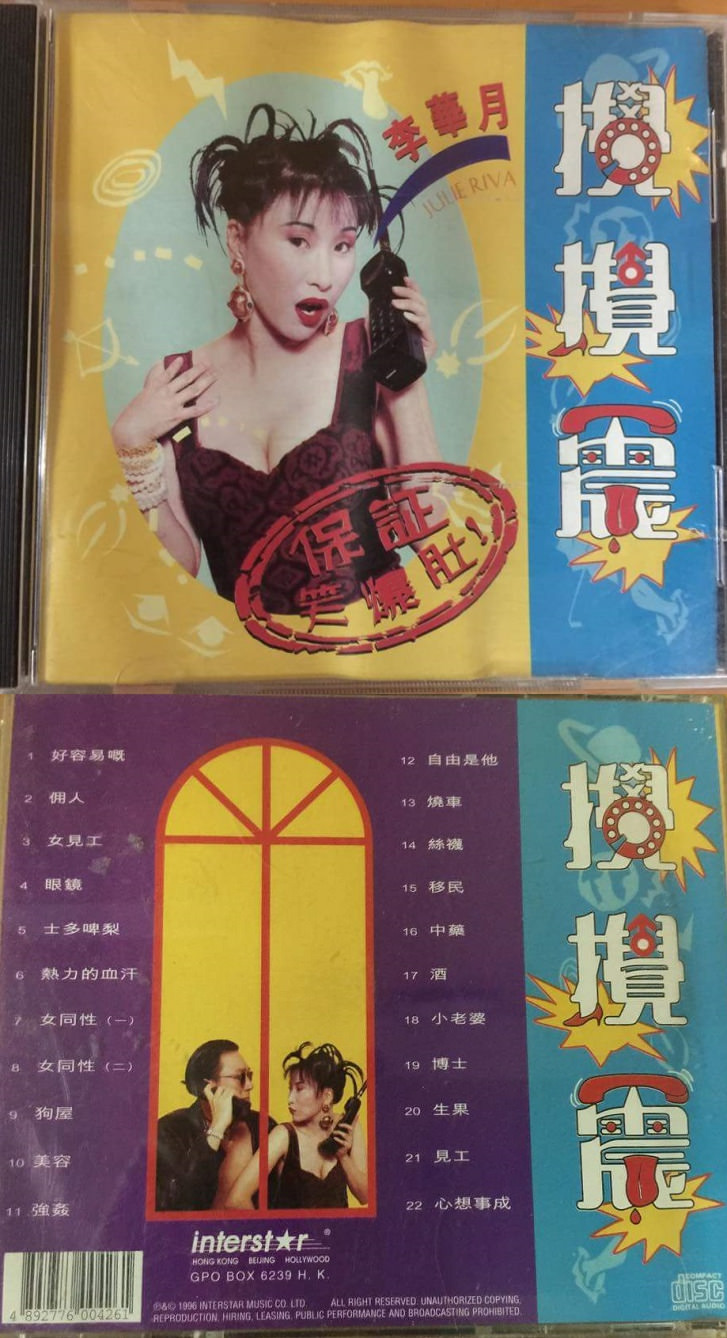 In the book, besides revealing various sexual perversions, she posed completely nude in a temple, and was criticized for blasphemy. Other perversions like stuffing a banana up her butt made everyone sick. In August of 1996, she was rumored to have separated from Thomas and fallen for another foreign male (she co-invested with him in a H.K. Central jewelry store). It all came to a head in November when she deliberately overmedicated due to relationship problems. She was supposedly discovered at home by her Filipino maid. Unfortunately, it had never occurred to Julie Lee that the internet would be this huge force where one could track down not only where she lives but even what she has worked on. She failed to fake her death, because I came across proof that she was in a 2001 American film titled The Ghost.

Granted, you could make a point about it being a shelved production. However, there is a fan-site (dedicated to one of the actors) which describes this film as being made in 1999 (August was when post-production started). The fan-site was about Cary-Hiroyuki Tagawa, who felt that the film should have got a big screen release in 2000. Also in it are Michael Madsen, James Hong, Brad Dourif and Al Leong (the balding bearded guy in Die Hard who was a staple of vintage action movies). Pauline Chan Bo-Lin (陳寶蓮) had succumbed to a real suicide in July of 2002. Unlike Julie, she never lived to be even 40. She died two months after turning 39. She was so much (such for short) a true legend of category III cinema that there was even a 2002 (released in September) biopic made about her (titled Pauline’s Life). In a strange and sad turn of events, the actress who played her (Crystal Suen Ah-Lei) had committed suicide in 2009 by hanging. 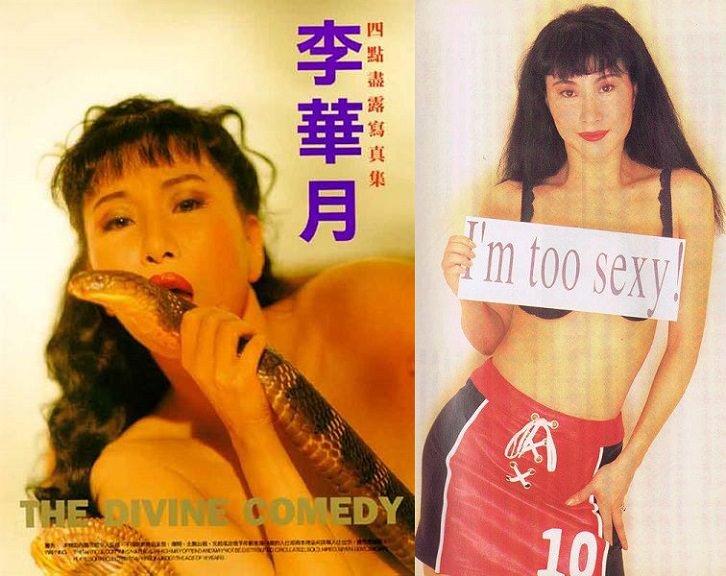 She was 36 years old, and it had been three years since she was in a movie. For these two to feel so unloved in their love lives and stagnant in their careers, they should’ve moved overseas like Julie did. If not the U.S. then Canada since many H.K. Chinese did before the handover in 1997. The U.K. was an easier place to move to and more fiscally appealing. Pauline jumped from the 24th floor of the building that she was living in. In the last month of her life, most of the public obsession with her had centered around who would take sole custody of the boy who she had given birth to three weeks before her death. Friends of Pauline said the boy’s father was a Chinese-American disc jockey who had worked at a Taipei pub before returning to the U.S. of A. Reports from Shanghai claimed that her suicide note had pleaded to her friends to track down the DJ and make him assume long-term responsibility for raising the child.

In Taiwan, a 62-year-old tycoon by the name of Huang Jen-Chung (Pauline’s former boyfriend) spoke publicly for the first time about his girlfriend of 8 years. During the tearful 2 hour conference (which was live on cable), he claimed that he would take care of the child if the father refuses to. Huang urged Chan’s mother to contact him if she needed any help, including financial assistance. He had set up an altar in his home to pay respects to Pauline. Huang tearfully recalled his relationship with the troubled actress and model, which turned rocky after her drug addiction led to run-ins with the law…let alone tension with future in-laws. He said he missed her during the past 3 years where he had not seen her at all. He went on to say: “She was my partner since she was 17 or 18 yrs old. I suppose it was because our age difference was just too wide. We didn’t share common interests and eventually we changed.” 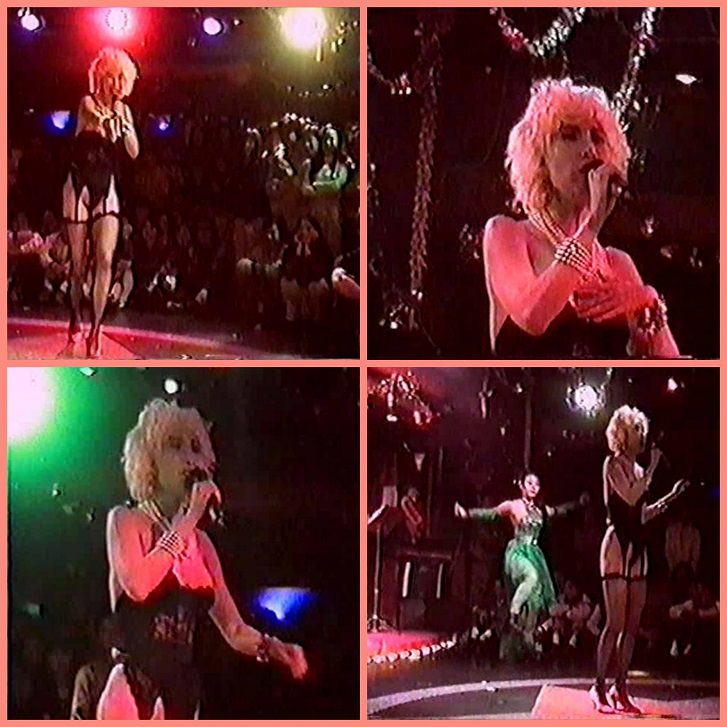 As vulturous as the H.K. press are, her death was lapped up by the Taiwanese press. In their eyes, her death signified the end of Category III’s popularity. If the amount of sleazy press coverage elsewhere is any indication, the Taiwanese love a scandal. In December of 2001, a local magazine issue included a free VCD of a hidden camera sex session on it. Not that it’s that different elsewhere, but I give Taiwan’s press second-place-status in the sleaze hound awards…the first being the British. The woman on that VCD, Chu Mei-Feng, was Taiwan’s equivalent to Monica Lewinsky. Unlike Monica, her sex tape can be seen online. Chu’s career is somewhat opposite to that of Julia Lee in that Chu became a professional singer after engaging in sexual controvesy. Chu didn’t commit suicide; neither should you!