Don’t let the official story fool you – Bruce Lee and Raymond Chow were enemies by the time that it was July of 1973…the same month that Bruce died. 25 Julys later, it was reported in the Hong Kong press that an Australian distributor wanted to buy out Ray’s Golden Harvest. Village Roadshow’s interest was to do with the fact that the distributor has a production company that helped Warner Brothers make The Matrix – a movie which gained recognition for having a team of H.K. fight choreographers. With the exception of the opening scene, the rest of the movie was filmed in Australia. In 1998, filming began in March but finished in September. Still, there was enough time for V.R. to see what was shot on film and make predictions about the profitability of H.K. action cinema.

The justification for the buy-out desire was that 1997 was a financial blow for G.H. since it lost between 80 and 90 million H.K. dollars. V.R. had interest in the 200 theaters owned by G.H. in the Southeast Asian region. Luckily for Ray, a trio of Chinese businessmen had helped. What happened next eerily echoed what went down 25 Julys earlier – Bruce wanted to take Ray to court over dishonest financial accounts. In the fifth month of when The Matrix was being shot, V.R. responded to Ray’s latest strategy by going to court in order to prohibit the issuing of the share by citing that Ray will transfer resources from private companies to G.H. and thus harm the smaller shareholders.

From Ray’s perspective, V.R. were uncharitable because Ray’s business partner had died in February. The late Leonard Ho helped form G.H. to the extent that Ray’s attempt in taking over his partner’s work resulted in his golf schedule going from three times a week to not even once a week. While Ray had become more powerful after Bruce’s death, he became a whole lot weaker after Leon had passed away. A spokesperson whose company had ties with G.H. spoke of their accounting department: “They are really messy. The same question would have to be asked three times.” 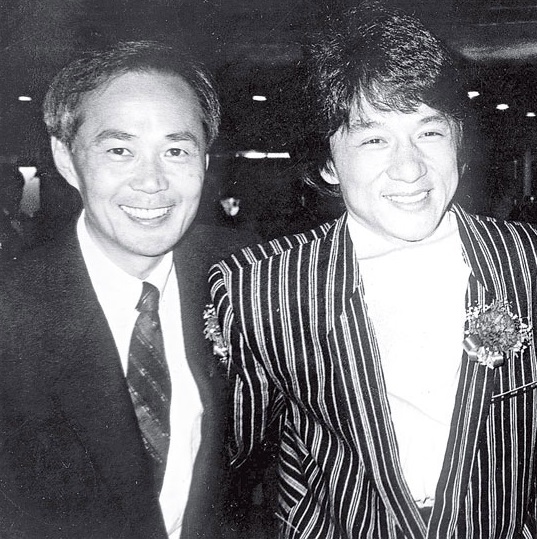 While G.H. was described as having two giants forming it, there was actually a third man who helped form the company. His name is Choi Wing-Cheong (the one on the left in the above photo). Wong Jing (who worked for G.H. in the `90s) described him as extremely low-key, even going so far to characterize him as a silent supporter. Michael Hui (the Stephen Chow of the `70s and `80s) claimed that Choi was present at G.H. before the Bruce Lee years. The context of these comments was Choi’s funeral on July 20, 2014. The significance is that this was the 41st anniversary of Bruce’s death. While some may discuss and dismiss this as a coincidence, one should bear in mind that Choi died on June 26.

In a July 20 article about Choi’s funeral, a peculiar observation was made about the fact that Ng See-Yuen (the founder of the Seasonal film company) and Joe Cheung (a director) had attended a Bruce Lee memorial in Shatian on the day before. Each man had a personal connection to the superstar. Ng wanted Shaw Brothers to pay Bruce what he wanted, but they didn’t and he ended up signing with G.H. This made Ng want to leave S.B. and never return. Joe’s connection was more intimate in that he was the script supervisor for Bruce’s directorial début – The Way of the Dragon (1972). The three men who ran G.H. had worked for S.B. for 12 years before they left in May of 1970 due to disagreements. 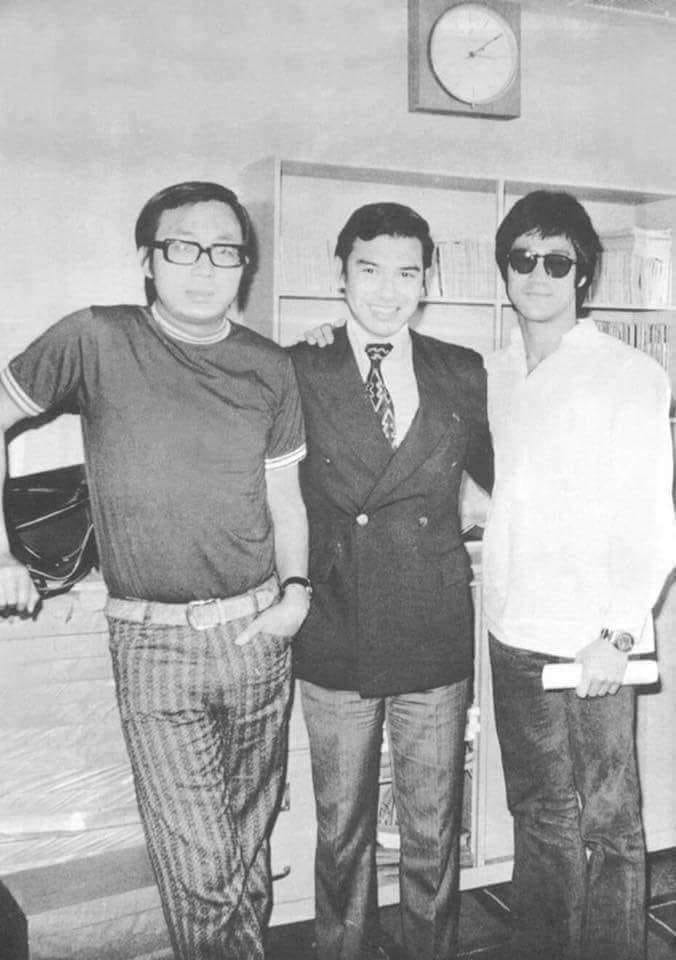 The irony is that had Bruce joined S.B. in 1970 then the trio and Ng would’ve regretted no longer working for S.B. despite the fact that there was always the possibility of somebody else leaving S.B. to form their own company. It’s fascinating that a month before Ray left, he had decided to call Bruce after the latter had left H.K. for L.A. It’s a shame that Bruce didn’t accept the deal, because his back injury in August of 1970 would lead to his downfall in the long run. Bruce would only accept in the next April when he was in dire straits. I often think about how Jackie Chan would’ve been a surefire Shaw star had Bruce accepted R.R. Shaw’s deal.

Jackie only agreed to become a G.H. employee because of how S.B. made a mistake with the aforementioned Michael Hui – he became the next G.H. superstar. His Games Gamblers Play script had been rejected by S.B. with harsh criticism (so bad that it was “unreadable”). Michael was enraged, but what became a G.H. movie had become such a record breaker that Shaw angrily retorted that Ray knows more about stealing talent than raising it. There is some truth to this. The first film that G.H. distributed was a 1971 copyright-violating crossover titled Zatoichi and the One-Armed Swordsman. The movie was so successful that Ray didn’t have to worry about the studio going bankrupt in a lawsuit. The movie was shot in Taiwan because he feared that there would be an injunction. 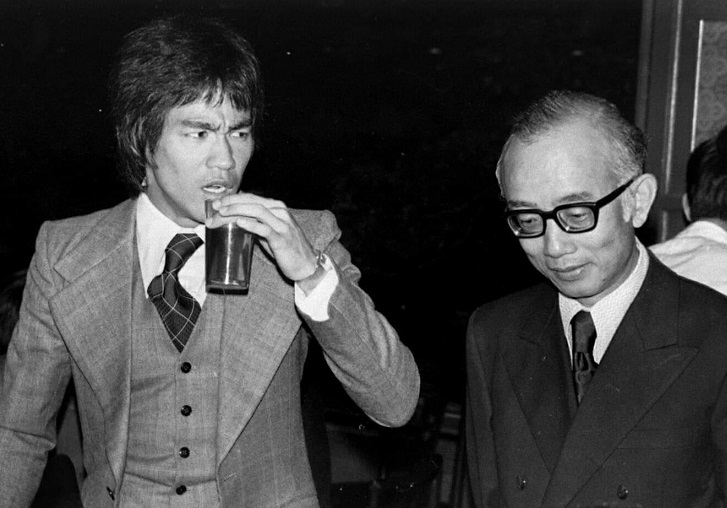 He was still taken to court, but the difference from his preconceived notion is that the filming had no Triad interference. The court case had lasted for a year and cost over a million in legal fees. The legal dispute still wasn’t resolved, which was why he was so desperate to keep Bruce after the record-breaking success of their two picture deal (The Big Boss and Fist of Fury). Run Run Shaw had the last laugh, since he made more money as a real estate developer than Ray did as a movie mogul. This is saying something considering that G.H. funded the first live-action film adaptation of Teenage Mutant Ninja Turtles, which would only have been more profitable had there have been a H.K. fight choreographer like Lau Kar-Leung involved.

Liu Chia-Liang, as he’s otherwise known, wasn’t busy in the late eighties, so it makes you wonder what Ray was thinking. Still, it became the highest-grossing indie film when it was released in 1990. Skipping forward to 1998, when Ray was feeling the heat from down under, he didn’t even have time to think about the 25th anniversary of his arch enemy slowly dying. The fans cared, though. Unlike G.H. or even TVB, the H.K. Bruce Lee Association and H.K. Tourist Association organized an exhibition to commemorate the cruel hand of fate at the H.K. Art Center from July 18 to 27. The event put nearly 2000 items on display. 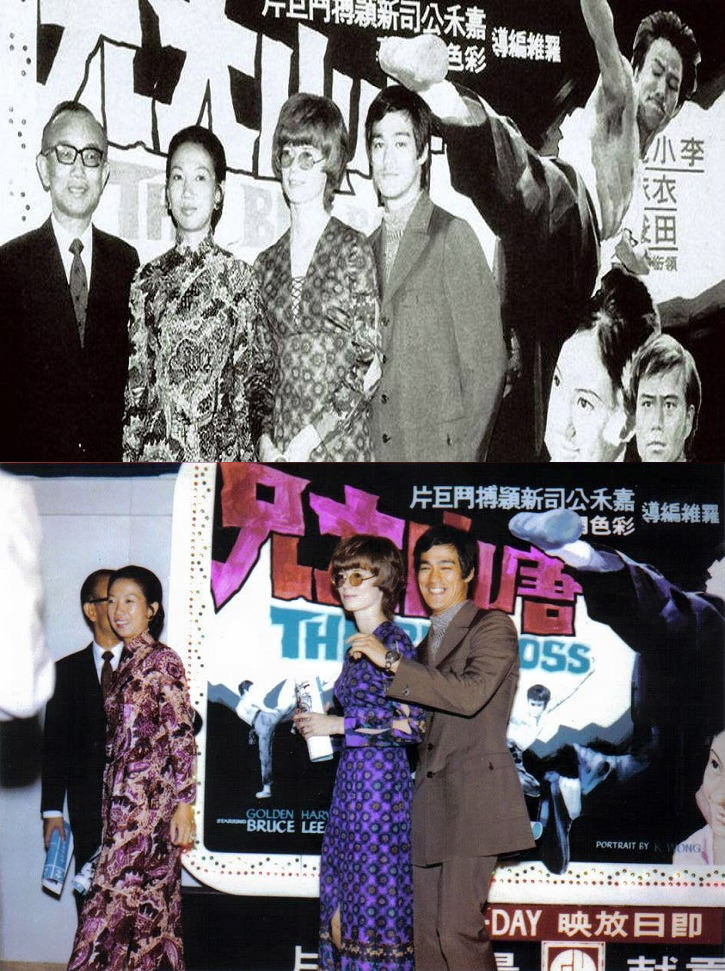 Some of the items were on loan from Lee fans everywhere, including a letter that Bruce wrote to Lee Tit in 1968. This man directed Bruce in a 1953 drama titled In the Face of Demolition. Of the ten writers for A Myriad Homes (a.k.a. A Home of Million Gold), the man also known as Lee Tik was the one who wrote Bruce’s dialogue in this other 1953 drama. Of the six directors who directed the Love duology in 1955, it was Lee who directed Bruce. Now that I think about it, given how they took a special interest in one another, you would think that Bruce would’ve convinced Ray to choose him over Lo Wei as the replacement for Wu Chia-Hsiang when it came to filming The Big Boss.

This other Lee had street cred. This was because he had directed two swordplay movies where the choreographer was the man who I mentioned two paragraphs ago i.e. Liu Chia-Liang. The first movie was The Little Warrior whereas the second movie was The Sainted Sword. The man also known as Lee Teet (according to the Chinese newspaper translation that I had read) found himself directing Betty Ting Pei for a 1975 comedy titled Old Master Q. Even though she didn’t play the titular character (a male based on a popular comic book and cartoon), she was given top billing. 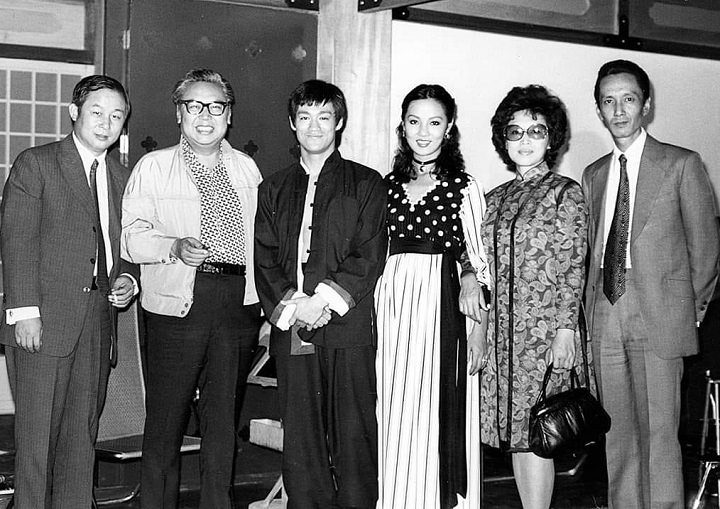 Back to the exhibition, the H.K. Bruce Lee Association representative (i.e. Wong Yiu-Keung) was hoping that the exhibit would help promote the H.K. tourist industry as 200 of Lee’s ardent international fans had planned to attend. This was during a time when fan clubs were more reliant on snail mail than e-mail. It still must have been worth it with 300 posters being available for sale and even a 3-D animation of Bruce, albeit not Xbox quality. There’s always a downside to anything that guarantees international fame. The lucky worldwide fans became unlucky when subjected to a broadcast music video for a song by Alex To Tak-Wai.

Speaking of luck, the director of a 1998 Stephen Chow comedy titled The Lucky Guy had attended a press conference on July 10 to reveal that the H.K. Bruce Lee Association was seeking a permanent location. Lee Lik-Chi, who has directed Stephen on eight occasions (a lucky number for the Chinese) like Wong Jing has, went on to say that the association has to raise funds because the decoration and renovation alone cost one million U.S. dollars. He joked that the club will have to get money from the club chairman – Stephen. He finally announced that the Bruce Lee statue (sculpted by a famous sculptor named Cho Wing Yun) would be placed at the location of future events.

One future event that fans were looking forward to was the first action movie to star Bruce’s daughter – Shannon. Little did anyone know that it would flop in October. Despite the title evoking the memory of Enter the Dragon (1973), Enter the Eagles did not even warrant one single mention by Ray when he was interviewed in late July by a reporter named Lee Yi Mei. This is especially odd seeing how Shannon had been signed to G.H. in March 1996. He was more concerned with his own daughter not wanting to work in the H.K. film industry despite studying film at Stanford University.

Anyway, Lee Yi Mei addressed the fact that 1998 was the most difficult year for G.H. by phrasing it as a question. Ray got defensive by addressing the fact that film viewership dropped in the mid-seventies because of television. At the time, the film producers worried about TV defeating film sooner or later. As ashamed as Ray was, this is nothing in comparison to what happened in the next July. As Apple Daily had reported on the 19th, Media Assets (BVI) Ltd. and Satellite Television Asian Region Ltd. filed a suit against him on July 16 for violations of two contracts. 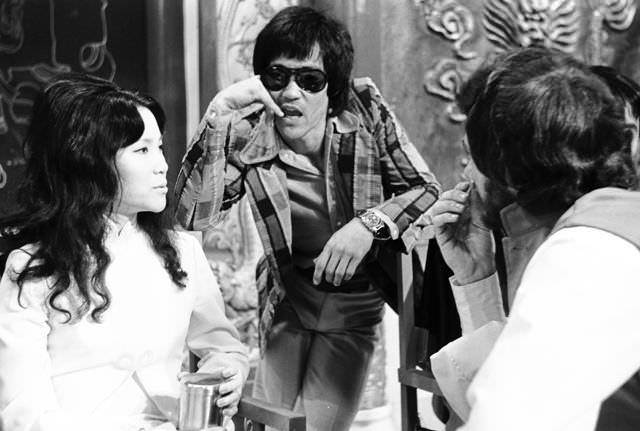 They requested a compensation of U.S.$ 200,000 and H.K. $30 million respectively. The suit claimed that he signed a contract in `​93 and `98 with the companies but both went unfulfilled. This sounded like justice in the eyes of Stephen Chow, who previously complained (in March `99) about justice not being done for Bruce. Apple Daily reported that Stephen, the association’s celebrity director, had expressed his disappointment with the decision to reject a proposal by a legislative member (named Yip Kwok-Jung) that would have seen a Bruce Lee Commemorative Hall built inside the Hong Kong Film Archive Museum.

The rationale behind the decision was that Bruce’s personal life was not “proper” as it were. Stephen went on to say: “Who else can represent the Hong Kong film industry? Who was the first to gain recognition for Hong Kong actors? Why do they have to care about his personal life? I want to know whose private life is ‘proper’? I do not know who else in Hong Kong is worthy.”