This was Columbia Tri-Star’s title for the U.S. release of The Blacksheep Affair (1998) in 2003 when they decided it should be a sequel to Meltdown (the original English title for that was High Risk). Vincent Zhou Wen-Zhou (initially known in Hong Kong as Chiu Man-Cheuk) wasn’t even the star of that movie. That honour goes to Jet Li, who would’ve been the star of The Blacksheep Affair had he not agreed to be in Lethal Weapon 4. What should’ve been titled Shanghai S.W.A.T. was released on October 5 before The Transporter was released on DVD in October 23. He wasn’t in that movie, either. The connection is an actress named Shu Qi, who got top billing on Another Meltdown. Dimension gave the all-clear for retitling Chinese movies as sequels (Armour of God was retitled as Operation Condor 2 despite being the predecessor). Although, one could blame The Way of the Dragon being retitled Return of the Dragon so as to capitalize on Enter the Dragon. 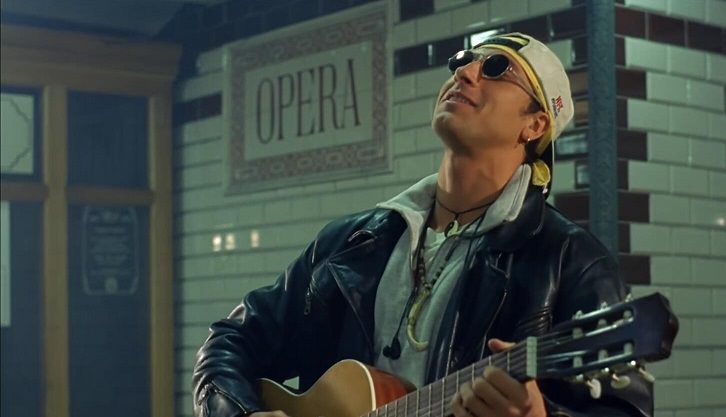 Thanks to the translating prowess of Ryan Law (who is responsible for the Hong Kong Movie Database), here is information courtesy of newspapers named Ming Pao, Sing Tao Daily, Apple Daily and Ta Kung Pao as originally published in 1997 and 1998. First up is a story from a June 25, 1997 article about Kenny Bee saying during a film premiere that he will go to Hungary in August to work on the movie whose Chinese title is Jade Blood, Blue Heaven. He spoke too soon. Two days after that article, The Pale Sky was released. He co-starred opposite Sammo Hung, but the movie sank without a trace – it only grossed H.K.$ 345,260. Before he could begin filming the Vincent Zhou actioner, he was replaced by Ken Wong Hop-Hey. He wasn’t a star, but he acted in a film that did okay business. Starring Takeshi Kaneshiro and Jordan Chan, Downtown Torpedoes grossed 11,965,985. Hollywood gave the okay to ceremoniously dump stars because of flops, but H.K. cinema is driven so much by commerce anyway.

The start date was delayed, because it took a long time to find an actor to replace Kenny. Ken was cheaper, so that was the excuse to justify him being cast despite the fact that he had only done one released movie prior to The Blacksheep Affair. When Downtown Torpedoes was released on August 9, the two companies behind the best contemporary Vincent Zhou movie were surprised to learn that Ken was already cast in another movie by the time that it was August 13. The Group, starring bigger stars in the form of Francis Ng and Anthony Wong was released on May 9 in 1998 and grossed 4,027,095. Ken has been working consistently ever since whereas Kenny’s career was killed before being resurrected in the second half of 2000. Back to The Blacksheep Affair, it began filming in late November of 1997. Vince witnessed a foreign actor injuring himself on a bridge jumping scene which sent chills up his spine. When they were not on set, Shu Qi played with a hand-held camcorder. 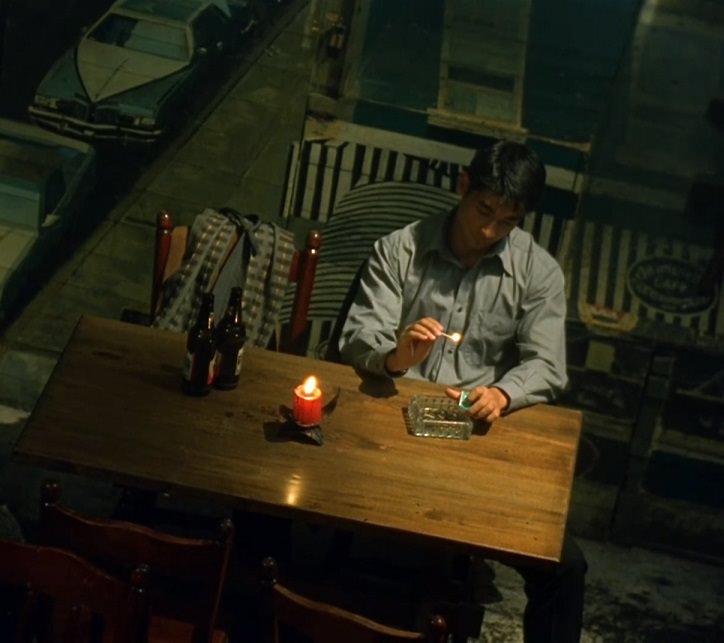 Upon seeing her with the camera, he joked that she wants to be the next Wong Kar-Wai. By the time that it was January 28, Vince and Ken had developed a bromance. Vince felt that their days in Hungary would be worth remembering. As an amusing aside, the movie was released on Valentine’s Day in 1998. He joked that, during the production, they would run, eat, hang out, and even go to the spa together just like a pair of young lovers. Nevertheless, Vince had encountered harassment from gay people. On a day when he wasn’t with Ken, he unknowingly walked into a “gay” spa, where he was followed by homosexuals. Speaking of gay spa, Mike Lambert claimed that the attempted rape scene in the prison scene shower only took 3 days to shoot. On a more serious note, Vince felt like he was gambling with his life because he only felt 50% confident for some of the dangerous scenes. He also said: “I like to laugh and play a lot, but there hasn’t been any producers offering me comedy roles.”

On February 18, a press conference was held at a hotel. The event was somewhat quiet as the only representatives of the movie were Ching Siu-Tung (the action coordinator) and Andrew Lin (an actor who previously worked on Alien 3 in the special effects make-up department). The latter played the villain. The word of mouth was decent but the box office cash flow wasn’t enough. The movie finished its run on February 27 with only 5,887,650 to show for it. Back to February 18, Ching said that there was one time when they were studying the script where Shu Qi (a.k.a. Hsu Chi) interrupted the meeting and asked about her action scenes. They told her that she would have a scene in which she would be equipped with 30 to 40 reaction bullets. She agreed immediately. When the time came for the scene, although the bullets were reduced to half the amount, she was still scared. Later, Ching had to personally calm the crying lady down to continue the shoot. He also apologized to her after the scene. 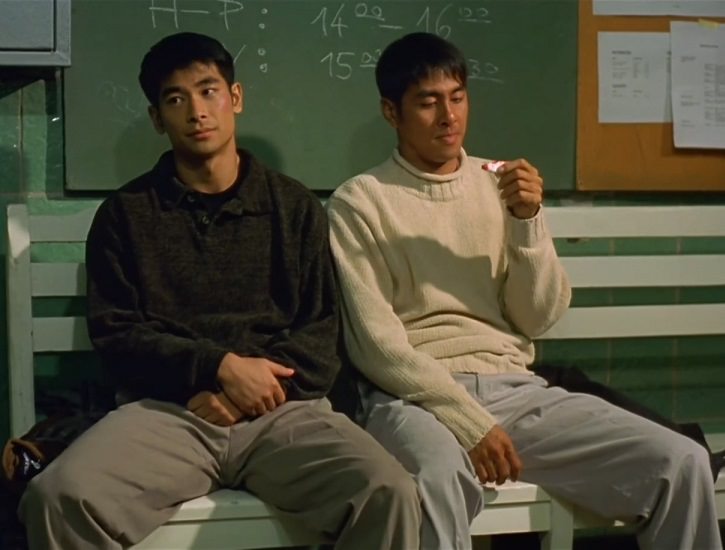 The man also known as Tony Ching said that they constantly visited a Chinese restaurant in Hungary and treated it as their cafeteria. Once he used Vince’s fame to get the boss lady to treat the entire crew for dinner. Perhaps because she really liked Vince or she enjoyed company, they got another free meal after the movie’s completion. Many H.K. directors occasionally performed in cameo roles during that time frame. When asked if he is interested, Tony expressed that he rarely guest stars. However, more than 20 years ago, he was actually a stand-in for Alan Tang Kwong-Wing by performing a nude scene which he can’t forget. Tony would rather die than reveal the title of the film, though. When being asked to bring people up to speed as to the financial situation of 1998, he claimed that the depressed film market resulted in his salary being cut in half: “For this movie I took a 40 to 50% pay cut, but I didn’t mind because I took the job as a chance for traveling overseas.”

When asked if it was tough fighting someone with a martially artistic background like Vince, Andrew stated that he actually studied Jeet Kune Do and Karate. Even though he considered himself agile, he constantly had accidents. Here are the top three examples: “One time in a scene in which Zhao Wen Zhou and I fall out of a glass window. During the fall, the camera was right on my left cheek. As you can imagine, there was a mark on my face. It was the size of a bean, but it immediately swelled up to the size of a ping pong ball. It was hard to believe. There is still a bruise under the skin. Another time, during a fight, the back of my head hit a metal plate and swelled up right away. One time, Zhao was to kick my chest, but he missed and hit my face. He tried to stop but couldn’t do it in time. Nevertheless, I feel that he is indeed a good partner and the collaboration was a pleasant one.” 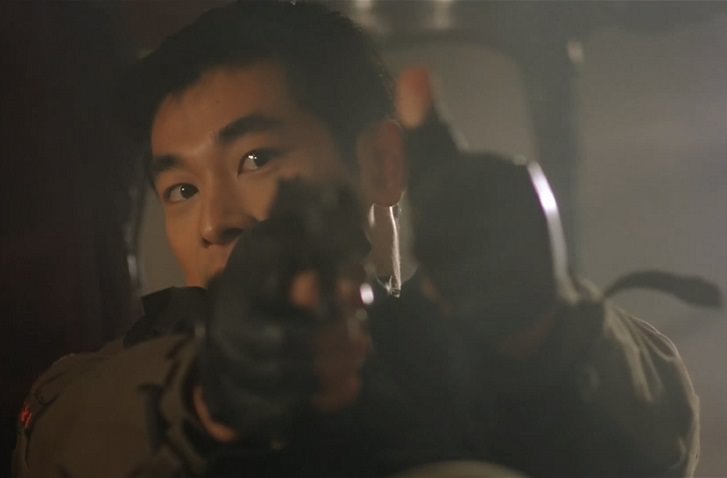 I wonder how things would have been if Jet Li stayed in H.K. to be in this movie. I say this because Vince admitted that, when he had first read the script, he really wanted to play Andrew’s role. However, the director (Lam Wai-Lun) didn’t want him in that role. Vince had revealed this three days before the movie was released. Coincidentally, he played the villain of a Jet Li movie titled Fong Sai-Yuk. Vince’s Cantonese had vastly improved a lot since that 1993 movie (which began filming in 1992) because of learning from newspapers and television. During an interview with the press on February 10 in 1998, he insisted on speaking Cantonese (instead of Mandarin). With Jet in the movie, the fights would’ve been better – not just because both men specialize in Wushu, but because the fight choreographer has always had a preference for the Wushu style whenever he has choreographed a fight scene. Having Jet in the movie would’ve changed the fate of what happened next.

In July of 1998, Vince attended the Fant Asia International Film Festival in Canada due to the screening of both The Blacksheep Affair and Blade. The movie that won was a ground-breaking American martial arts movie titled Drive despite borrowing ideas from Jackie Chan movies like Project A II and Police Story III. Still, it proved that you don’t need to have a H.K. fight choreographer to produce fights of a truly top-notch quality. During his first time in Canada, Vince worried that no one would recognize him. To his surprise, fans surrounded him everywhere he went (such as Chinese restaurants where girls asked for photos and autographs). During the premiere of the Chinese S.W.A.T. movie, many foreign fans tailed his car from the theater to his hotel. He said that this never happened to him in H.K. and he never would’ve guessed that foreign fans would be more passionate than his Eastern fans. Press from every origin interviewed him during his Canadian trip. 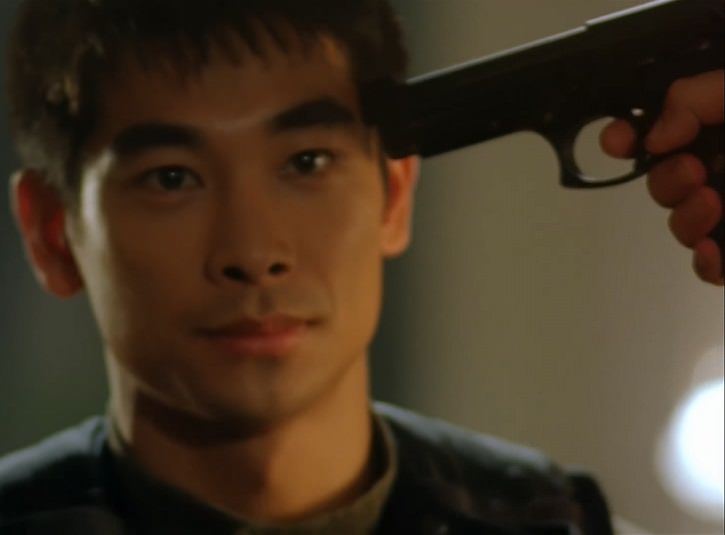 On an educational program, he even sang the praises of Chinese martial arts with a live demonstration. Originally, the television station arranged a foreign stunt person for him, but Vince taught him Kung Fu instead. After this trip, Vince became even more confident about breaking the Western market. Upon returning home, his most pressing priority was to find an English instructor. Looking back, it’s a shame that Shu Qi wasn’t enabled to use this movie as a starting point for an American career. It could have been used to help sell The Transporter instead of vice-versa, although this movie was released on DVD in England before The Transporter came out in cinemas during the following year. Still, December 14 of 1997 must have seemed like an example of all pain and no gain as her right hand was injured by a reaction bullet in the finale. She said she didn’t cry, but Ching pointing out that she started crying as soon as she grabbed a gun. She continued to work on the next day.