Bey Logan once said that the Hong Kong film industry is a case of artistry driven by commerce. However, commercialism does not override a need for screen tests. When doing publicity for Extreme Crisis (a.k.a. Project B in Cantonese) in December 1997, Theresa Lee Yi-Hung (a.k.a. Lee Yee-Hung) claimed that she doesn’t mind screen tests. This attitude is impressive considering that, earlier on in the year, she was nominated for best supporting actress on two films and best new performer on one of those films. That one film was Who’s the Woman, Who’s the Man. Before she was cast, Peter Chan asked her to perform screen tests. Theresa felt that this can actually deepen the requisite communication between the director and the thespian because the director might have a difficult time distinguishing their potential performance from what they have done previously. 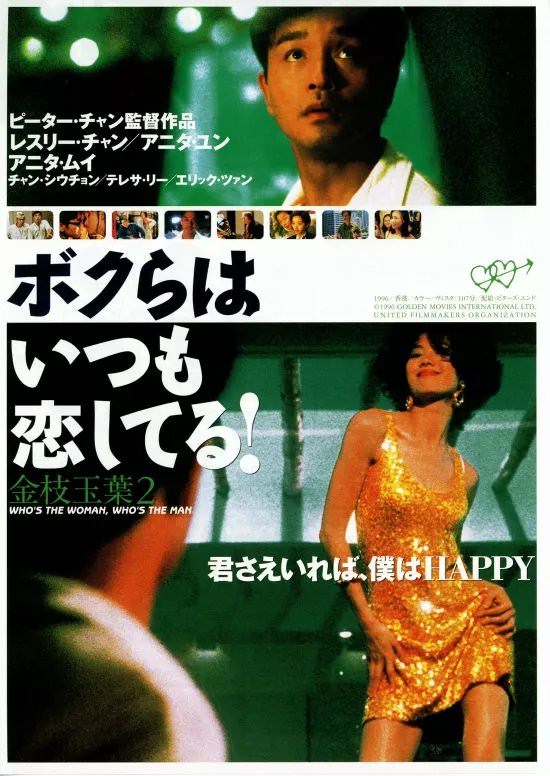 In early 1998, she was nominated as best supporting actress on two films – The Intimates and Downtown Torpedoes. Who knows if casting directors are willing to look the other way and just bypass the procedure. When casting The Suspect in late 1997, Ringo Lam had screen-tested over 100 actors – veterans as well as newcomers. It was considered outrageous that even Simon Yam had to run through a test. Ringo’s budget was 20 million H.K. dollars, but the movie only grossed 14 million…so maybe he was overthinking it to the point of not taking risks. The film began production in January and headed to the Philippines since it is a dream destination for low-budget H.K. film-makers (sort of like how Canada is for Hollywood). After the Lunar New Year break, production had resumed. Since Those Were the Days (1995), Eric Moo (a.k.a Mo Kai-Yin) hadn’t been cast in a movie in three years, but the Malaysian is primarily a singer.

Ringo had cast him in the film to play a military officer. When asked if he had to test for the screen, Eric said that he only chatted with Ringo. Eric was approached because he wouldn’t let his image prevent him from taking roles. Ringo wanted to ensure that actors who are more experienced didn’t feel insulted: “We wanted to cast actors that are similar to the characters, so those who were not cast are not bad. For most of the movies I directed in the past, I had screen tests because even if I have seen an actor’s film, that doesn’t mean this one is appropriate for him. Even for Prison On Fire, Tony Leung Ka-Fai had to go through one. The only exception is Chow Yun Fat because I know him too well! I know what kind of roles he can do. Even now if I approach him with a movie, he can pass without a test.” 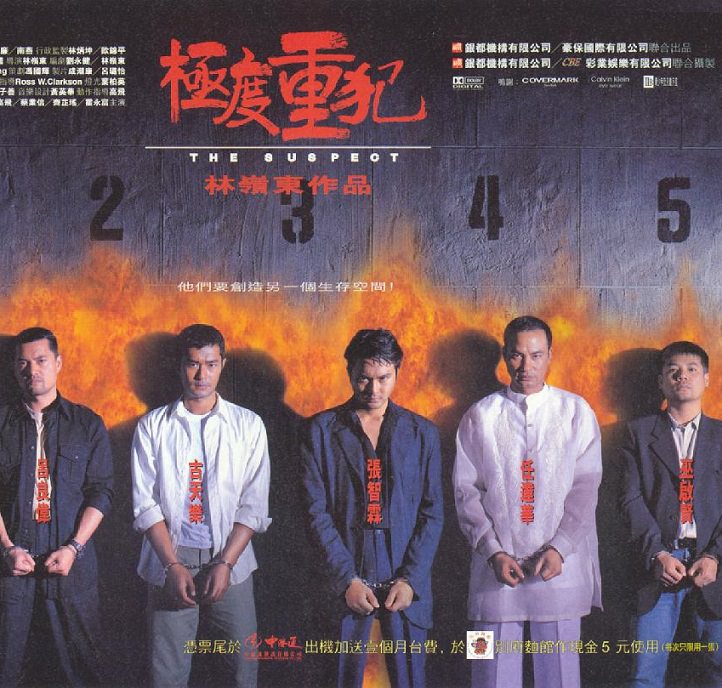 The Suspect was released in July of 1998. In November, Ronny Yu was interviewed by a reporter who reported for a newspaper named Ming Pao Daily. The man, Lam Yu, had this to report when he had interviewed Ronny about Bride of Chucky being his first true Hollywood film (i.e. produced by a Hollywood studio instead of being distributed by one): “He said that he is very convinced by America’s test screening standard. Before an American commercial film is released, it would at least have two test screenings. Of course, sometimes a film would go through 3 or 4 screenings. In Hong Kong, it would be a premiere which usually is the day before its release. However, its use is mainly for stars to make news, not to test the word of mouth. If test screening is successful in America, the film is guaranteed to be successful when it opens.”

Ringo dabbled in test-screened horror after Ronny did. Ringo made a 1999 horror movie titled Victim. On Saturday, October 16 (when the film came out), Apple Daily reported that there were two versions being released because of a friendly disagreement between the co-producer, Joe Ma Wai-Ho, and Ringo. Joe is a director in his own right. Without wanting to compromise, they decided on only one version having a supernatural ending. Joe wanted the supernatural ending because it was his story to begin with, since he already displayed a knack for writing ghost stories such as The Happy Ghost (1984), Happy Ghost IV (1990) and Till Death Do Us Laugh (1996). He said: “Our relationship hasn’t been damaged. In different theaters, there are different experiences. That is pretty fresh.”