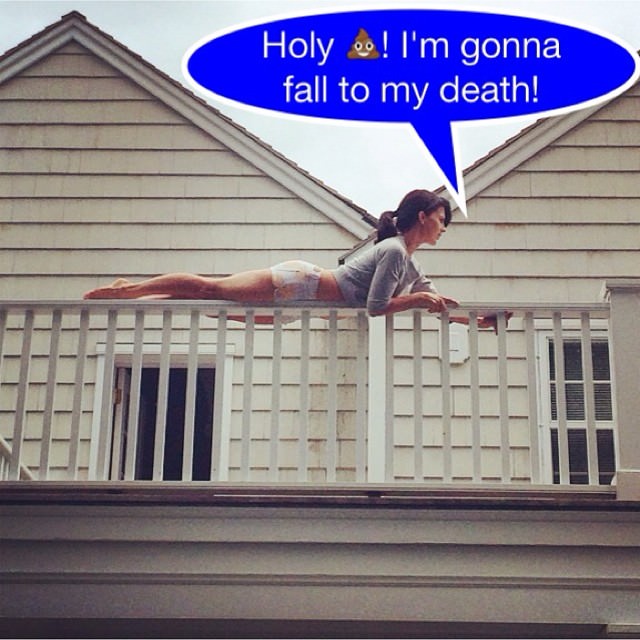 Aug 9 2010: EVERYONE MUST DO THIS EXERCISE. This is life changing. Pelvic floor and lower abs. Reasons to work the pelvic floor: better sex, better control over bladder and…

Sep 18 2011: @DiscipleOfTodd Alec and I think that you are either a comedy writer or REALLY weird.

Dec 13 2011: Why are there still photographers outside our apartment? #aren‘ttheyboredyet? 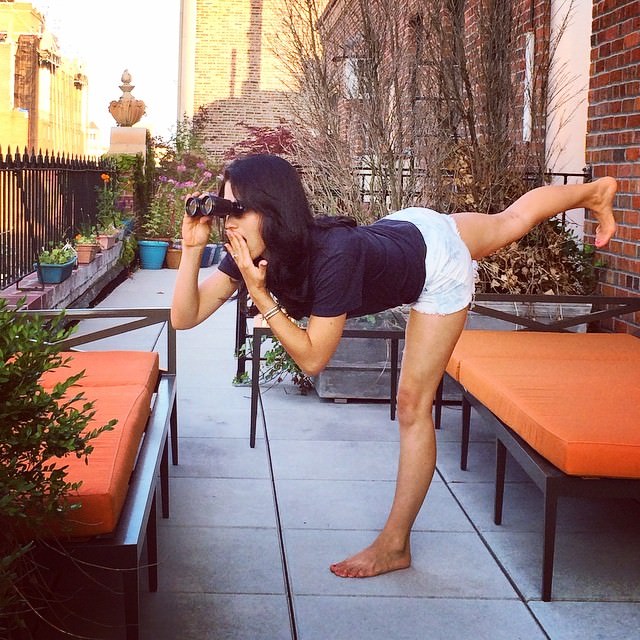 Mar 21 2012: It is strange to have found myself in a situation where people wish me ill because I fell in love with someone they have an obsession for.

Mar 26 2012: There are some pretty crazy and obsessive people in this world with big imaginations.

Oct 6 2012: The most common favorite workout from my Twitter feed today: Sex. I hope you guys are pretty acrobatic. #gottaburnthosecalories 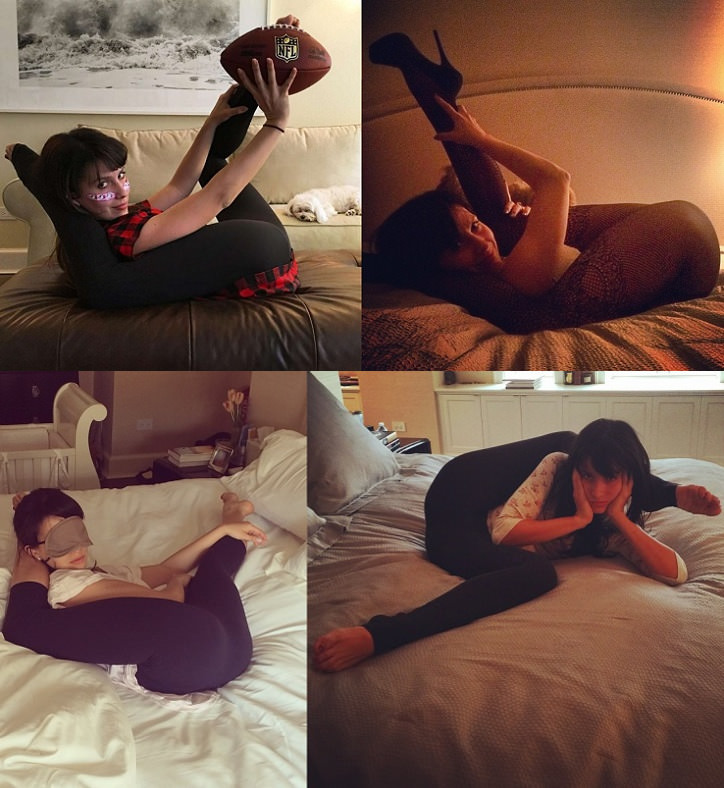 Dec 2 2012: Why do I feel like it is awkward to pee in the Secretary of State Dinner? #theremustbecameras

Feb 18 2013: Being pregnant is bizarre. I have days I barely eat and others (like today) when I want to eat a moose! Not really, I’m vegan. Tofu moose?

Feb 26 2013: In a cab, driving through Manhattan.
Funny to people watch and think: all these people were once babies.
My, my life is funny! 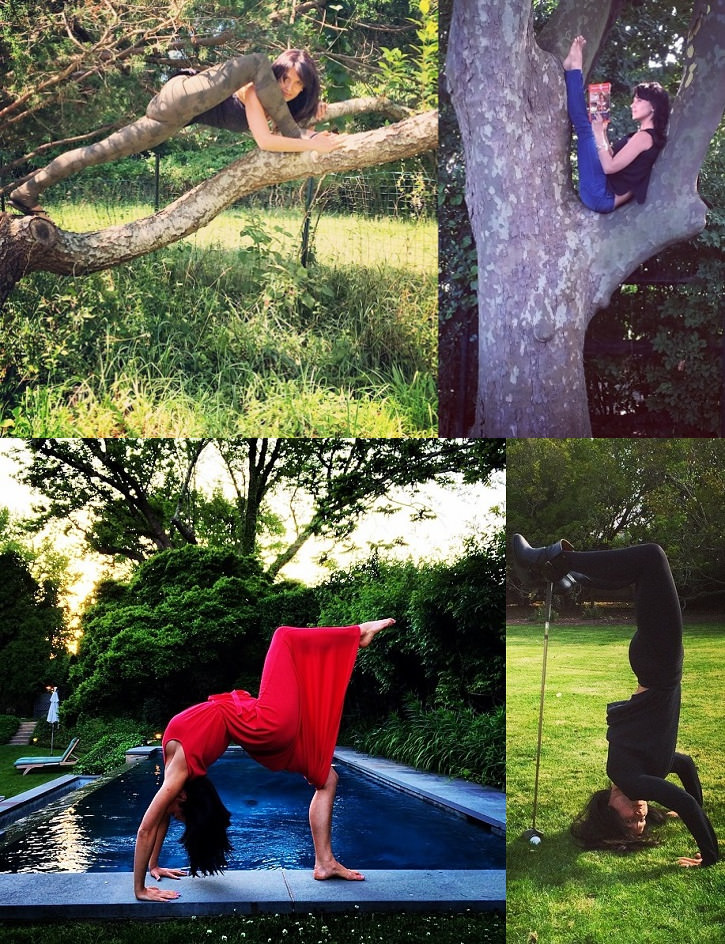 Apr 8 2013: Some people live in a totally different land of woowoo, looloo, dingdong crazy a.k.a. psychoville.

Apr 10 2013: I feel like the creepy men who check you out on the street are EXTRA creepy when you’re noticeably pregnant. 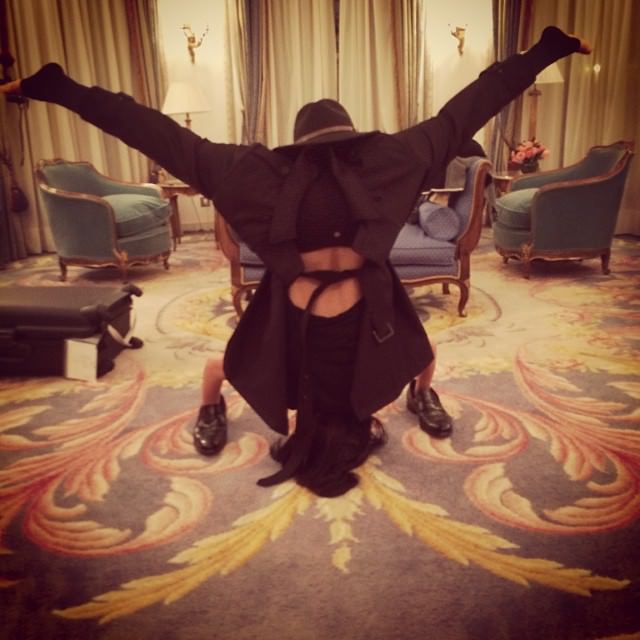 Nov 1 2013: This Halloween I am dressed as a tired mom who is semi-cursing the crazy noise outside my apt. I’m lame. 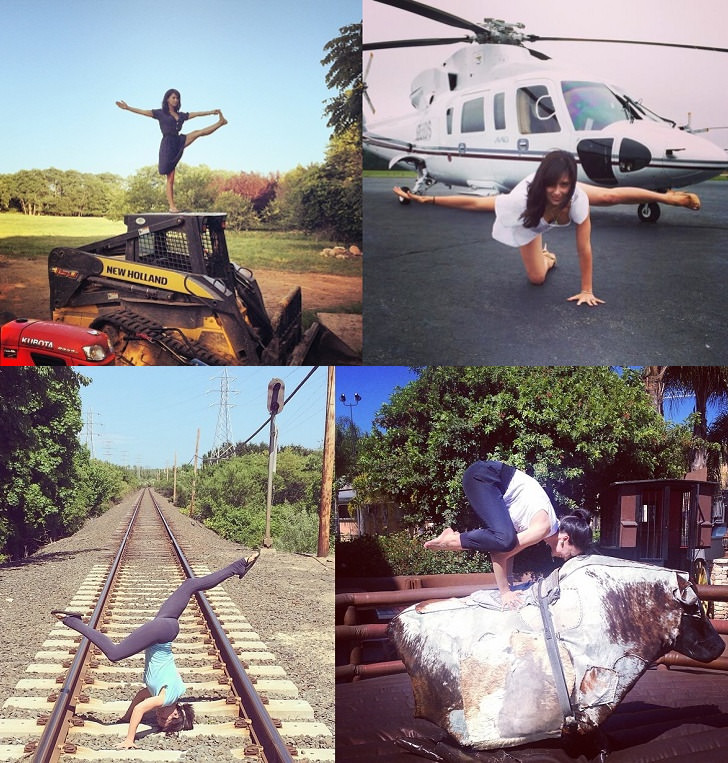 Jun 17 2014: Which would u rather fly in: my awkward airplane or this mighty chopper? #hilariaypd

Jul 11 2014: I now find myself waving and saying “bye-bye” to adults.
#mommyproblems #awkward

Mar 18  2015: Yes, yes…this is me….the crazy lady who took the baby carriage to the grocery store so I didn’t have to carry the bags home. I got a lot of weird looks, but my kale got a nice ride! (I know, I know…the bags). I got so upset at the store when I realized I forgot my fabric ones at home. PREGNANCY BRAIN 😣. At least we reuse and recycle these bags too. 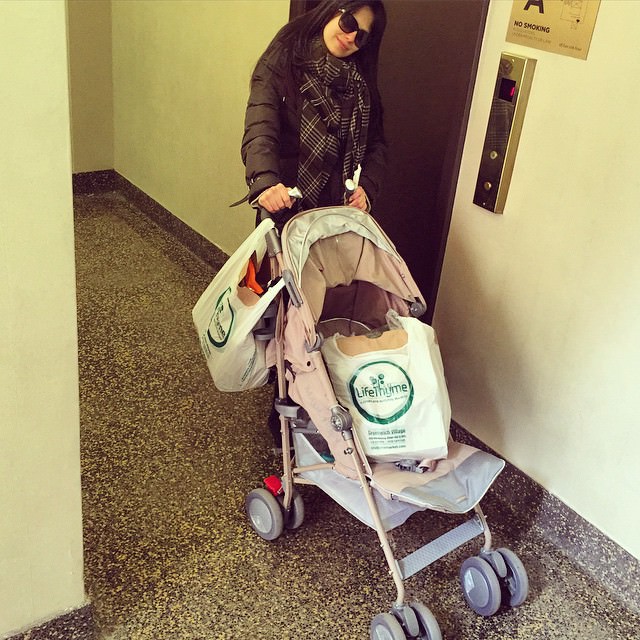 Jan 16 2016: I am known for doing weird things in weird places in weird outfits…it’s called curiosity and playfulness.

Feb 2 2017: Ok this is a totally weird workout….but…I get asked all the time about losing belly fat – especially after babies.

Feb 29 2016: One thing I love about NYC is you can do something crazy, and people just walk on by! Let’s see it @charlieebersol!! #FlexOrFlexible 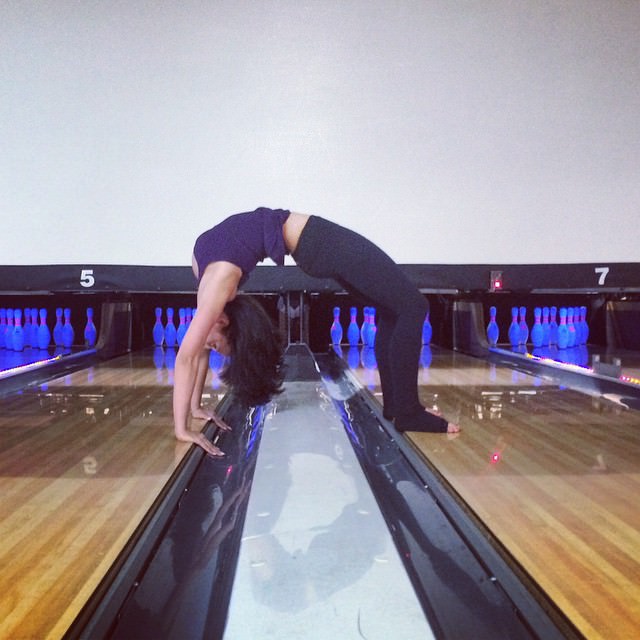 Mar 26 2016: So I have had a few crazy experiences the past two days where I encountered super non-namaste people. First, a man bumped into me on the street and called me a “moron 🐶”, next a man shoved me as he walked briskly by, and this morning a man dressed like The Big Lebowski told me I looked old and said “you bleep woman, why are you walking down my street?”.

So, beyond crazy, no? I could have lashed out, I could have cried, I could have carried their venom with me….I chose to namaste and walk away. I say something extremely positive and pleasant, they get confused, then I leave. Just brush it off, don’t even allow it to affect you because their horribleness has nothing to do with you. 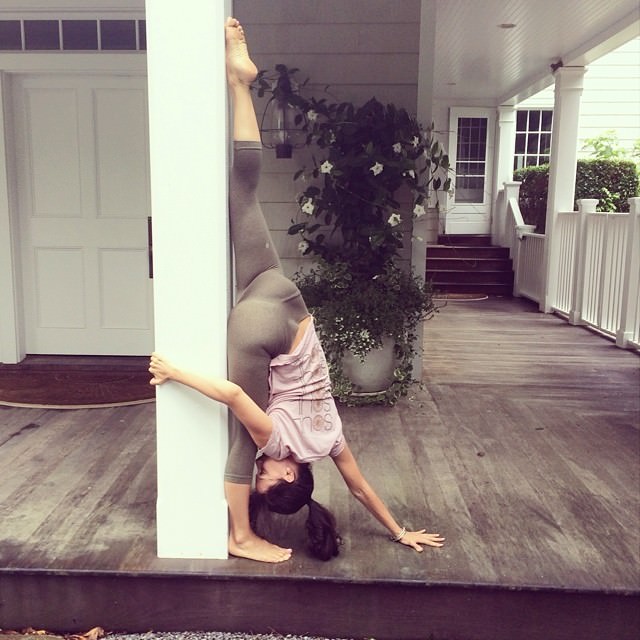 Jul 28 2018: For those who are saying I photoshopped…how about this? It’s a shame that people are so accustomed to fake, that they want to see it everywhere. I teach health because I want you to be happy and healthy. I believe life is both too long and too short to not be. I see the potential in everyone, believe in my method and I want to help as many as possible. If you would like, take my hand in this quest for feeling good and treating your body well. If not, it is ok too…but don’t cheapen my message by saying silly things. Just move on to somewhere else.