Envy: Jennifer Finch (L7’s bassist) once told Kerrang magazine about how she envied other bands: “I was the only female in one band. Everything else was all female or attempts at. I talked to one promoter about doing a show at the Roxy. He said – Can you doll up for it? I’m a rational person, but I blew my fuse! Did Motörhead and Megadeth doll up to be successful?” 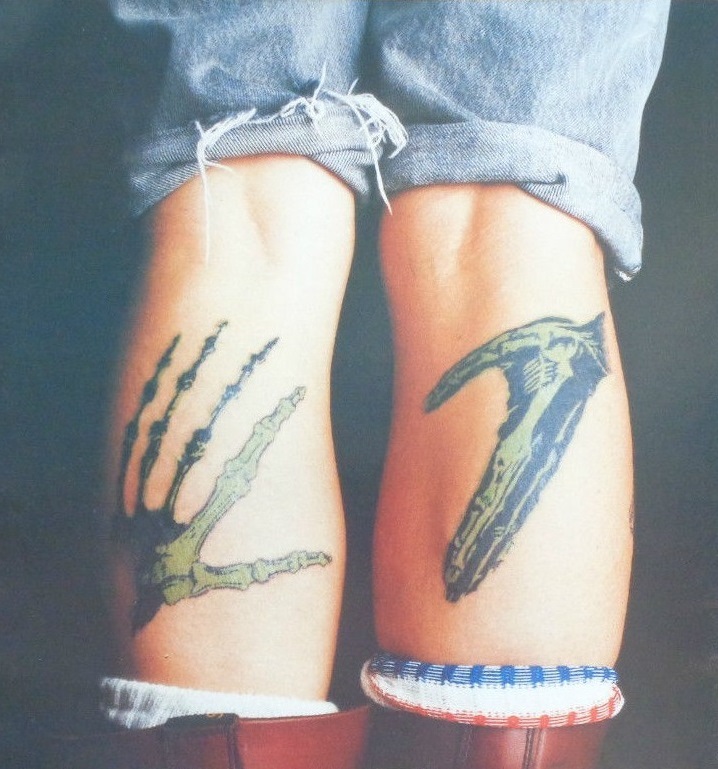 Gluttony: In the November 28 issue 1992 of Melody Marker, the following was reported: “L7, in the great tradition of support bands, don’t get the full benefit of catering. Once a day, a nourishing meal of bread and water or a little thin gruel peremptorily thrust in their direction. These women are hungry, and have resorted to daring raids on FNM’s rider. “Jennifer ripped the breast out of the roast chicken in their dressing-room,” Donita snitches. “We’re only allowed to have dinner,” protests Jennifer. “On this tour, it’s like who’s in control of who. We heard from a roadie that the tour manager was asking What are L7 doing in our catering? So we had to tell him that we were getting coffee, so he went off and reported it to the tour manager,” she continues and concludes. “It’s really comical and disgusting,” reckons Donita. “Actually,” confesses Suzi, “we were slipping pieces of pizza into our pockets.” 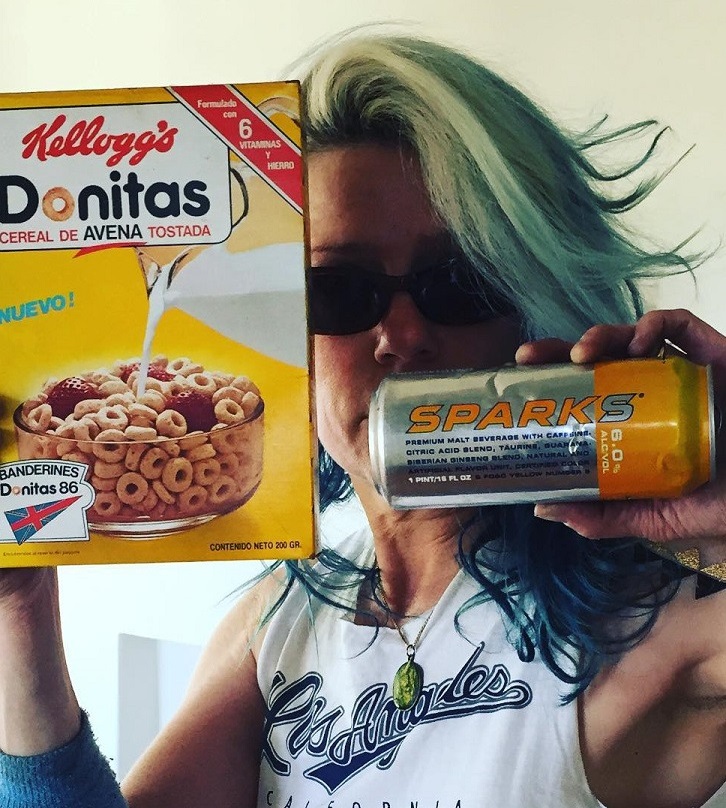 Greed: Jennifer told the NME (New Musical Express): “We’re often asked if we deal with sexist bullsh!t. More often we don’t, but there was this promoter in Australia who got on stage and announced Come see L7 tomorrow – great tits, great ass, great band. We made him pay, we had him buy us all $500 opals each. He wasn’t buying our friendship, just apologising, but here’s to your f#ck up, pal. Next time, it’ll be pink diamonds.” 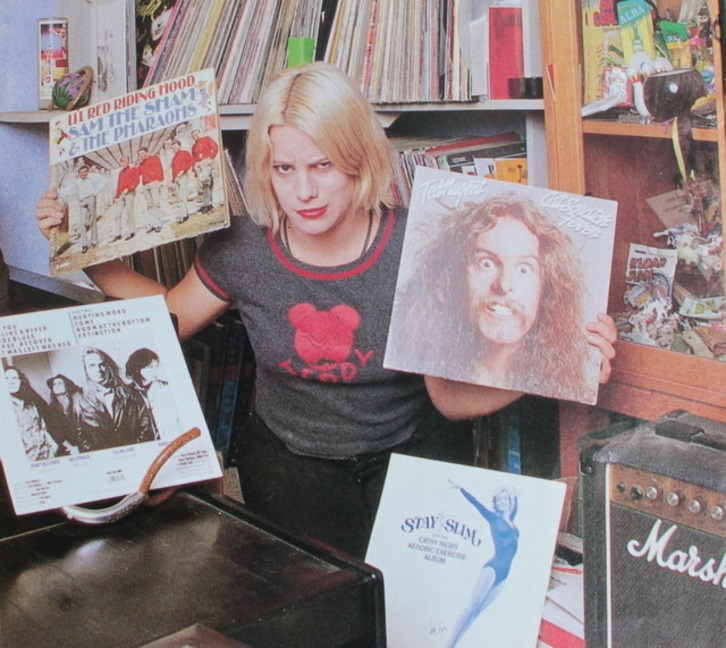 Pride: Donita Sparks (the singer) talks about the Riot grrrl movement: “Music was very much the delivery mechanism for the message. For us, it was the other way around. We were just putting our money where our mouths were. We were just kind of living an example, and not having to harp on it. We were just living it – we were it. We didn’t have to form committees and things. There were a lot of committees going on for the riot grrrl stuff. And we felt that we embraced all misfits.” 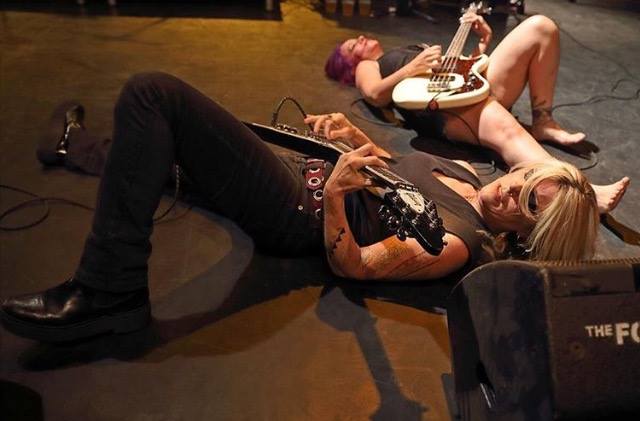 Sloth: When interviewed for the July 1993 issue of Spin, Donita (who does double duty as the rhythm guitarist) admitted to swiping a riff from Planet Claire by The B-52’s. 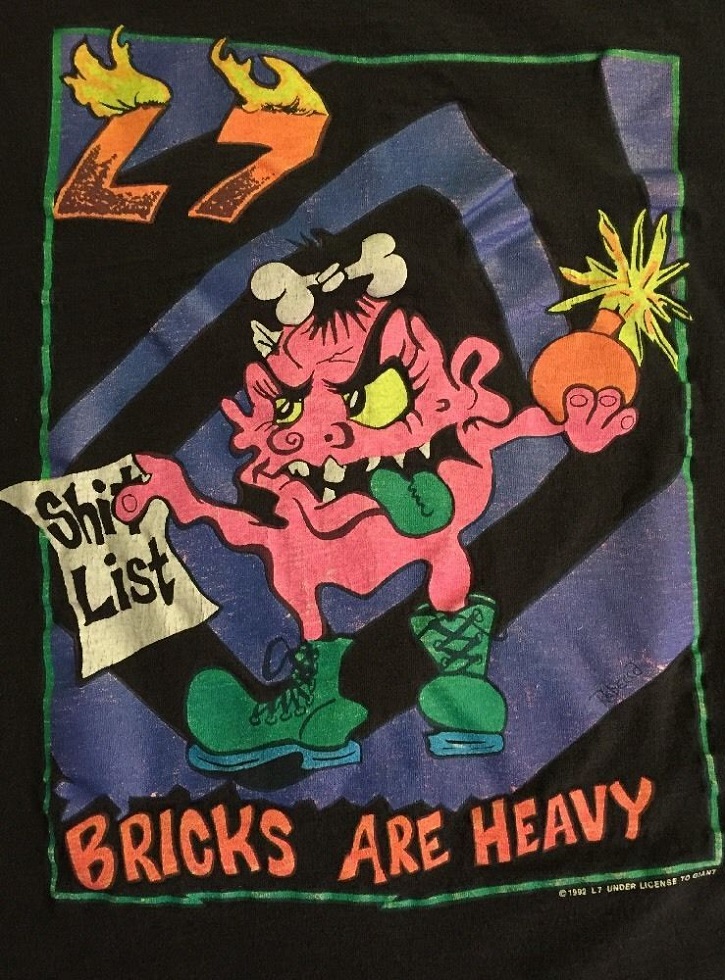 Wrath: Donita told Select magazine: “People always say that Henry Rollins is an angry young man, but think of all the women who are angry – women who’ve been through incest and rape.”