This `90s newsgroup is ideal for those wanting to know everything about the original Mission: Impossible, however the thrust of this article is based on a post that I had read over at another group called rec.arts.tv (which is still in use). First, I would like to note that the original Star Trek was produced by the same company behind Mission: Impossible. As soon as the former was cancelled, Martin Landau was deliberately low-balled so that Leonard Nimoy would be his replacement (albeit playing a new character with the same job). The irony is that the ratings weren’t bigger than they were before. If you go to the Classic TV Hits site, you will see that the series was only in the top thirty most-watched shows from 1968 to 1969 (season 3 usually had an audience of 13 million viewers before the Spock actor stepped in for seasons 4 and 5). Part of the ratings dip is that Landau’s wife, Barbara Bain, had also left the series. 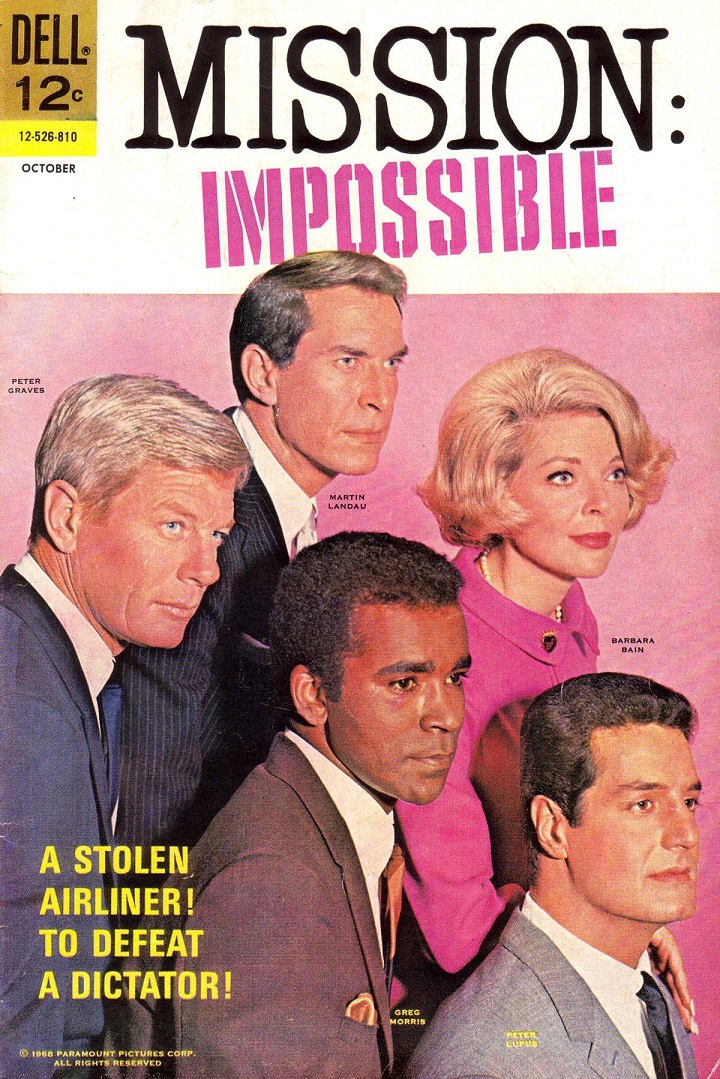 Online back in 1991, a man named Dave White typed about Martin’s initial involvement with the series before responding to someone about the so-called salary dispute…

“I had an opportunity to talk to Martin Landau back in 1986 and he told me some interesting things about Mission, Space: 1999, and other projects. When Bruce Geller created the series, he created the character with Landau in mind. In fact, the character’s original name was going to be Martin Land, but Landau thought that name was too obvious and asked for the name to be changed.”

“Although that was how the press interpreted it, Landau says that he was angry because Paramount was going to take the show away from Geller’s control and give it far less money for production and quality scripts. I think from viewing the seasons after Landau/Bain split that Landau’s story is valid.”

Leonard Nimoy being cast can’t be overlooked in its influence. There is a 1970 episode (titled The Choice) where there is a character whose surname is Picard. This is influential given the name of the captain in Star Trek: The Next Generation. The ventilation shaft scene in Alien seems to have been inspired by the dog scene in Mission: Impossible (Season 4, Episode 17: Chico). Ironically, Alien would inspire a parody moment involving a dog in The Simpsons (Season 5, Episode 19: Sweet Seymour Skinner’s Baadasssss Song).

Season 3, episode 22 (Nicole) of Mission: Impossible has a scene which would influence John Woo’s Mission: Impossible II. The scene involves a man and a woman romantically looking at each other as they are circling a ballroom. Part of the attraction behind the original TV series was that it wasn’t part of the acronym trend for sixties spy stories e.g. The Man from U.N.C.L.E. and T.H.E. Cat. The series could very easily have been called I.M.F.