Time Runner and Timecop are similar in that they have a half-black actress playing the role of the hero’s ally despite working for the bad guys. This adds more tension to the plots since both heroes have lost their wives because of an evil politician who is the main villain. Even the posters are similar with the angles that the guns are held in. Timecop came out in 1994, and Time Runner came out in 1993, but Timecop began life as a comic book in 1992, yet Time Runner was made in 1991. Both movies share the same woman in the art department – Roxanne Narver. Back in the nineties, most people wouldn’t have given Time Runner the time of day, much less the benefit of the doubt, because it was way under the radar in terms of publicity. It wasn’t even covered in any 1991 issue of the Starlog magazine. By the time that it came out in March of 1993, Starlog was more interested in covering the Time Trax TV series. 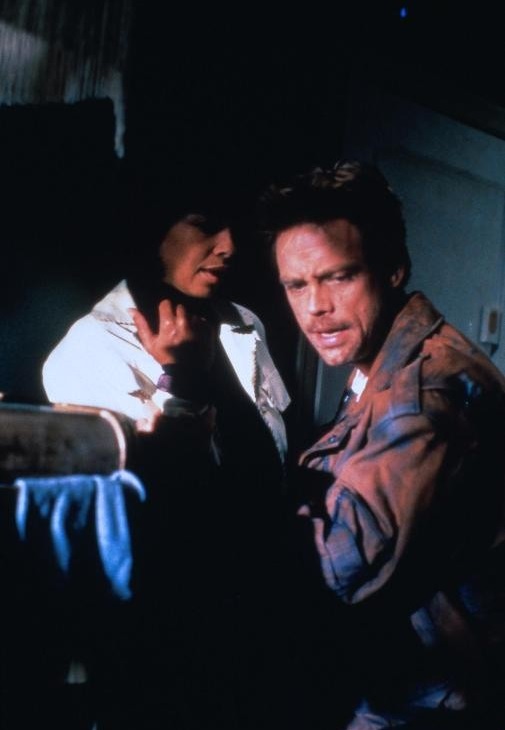 It reminds me of how the Judge Dredd comics were ripped off by the makers of RoboCop. By the time that the first Judge Dredd movie was in the process of getting greenlit, the timing was askew. It was after the RoboCop film franchise was coming to an end but before the RoboCop TV series, short-lived as it was, began making headway in the press. Series or no series, things got awkward when Sylvester Stallone appeared on screens as the titular Demolition Man. The people behind Judge Dredd had to rewrite the script so as to cut down on the similarities if not remove them wholesale. The premise was still going to involve a bad man who escapes prison thanks to a corrupt politician who is then betrayed by the bad man. There’s also the same voice actress – Adrienne Barbeau. Then there are other elements like a policewoman who helps the hero go rogue, and a lab being used to create soldiers. 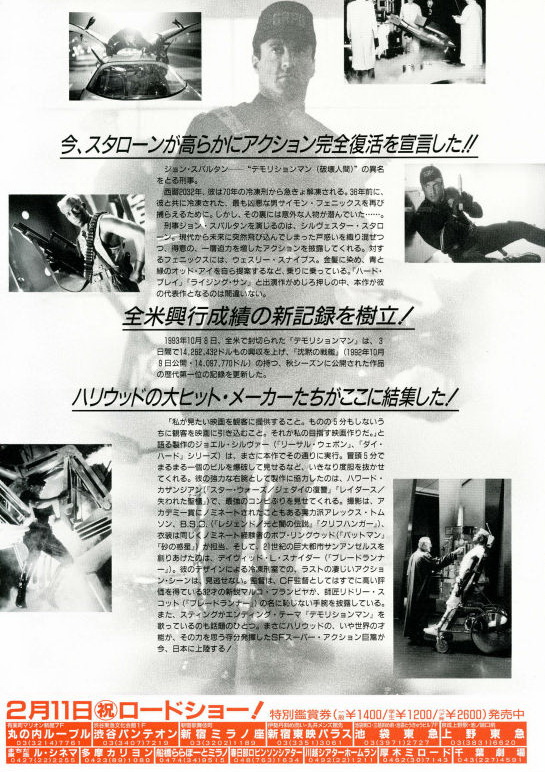 It was like they left those bits in so that the general public would seek out the connection i.e. both movies share a producer in the form of Tony Munafo – Sly’s bodyguard. He’s acted in quite a number of Sly’s movies, and he’s produced 13 of them. In fact, every movie that he has ever produced was a Stallone movie. Besides the casting of Rob Schneider as the comic relief, both movies have two other things in common – concept illustrator Simon Murton and storyboard artist Robert Consing. Both movies were par for the course for Sly anyway since he had already been in a movie where he played a cop who was imprisoned for a crime that he didn’t commit i.e. Tango & Cash. Here’s the thing – Tango & Cash has already been exposed as a homoerotic action movie, but Sly seems to be have an obsession with prisons with or without that movie. In Lock Up, he played a mechanic who was rightfully convicted whereas he played a wrongly incarcerated professional in Escape Plan. 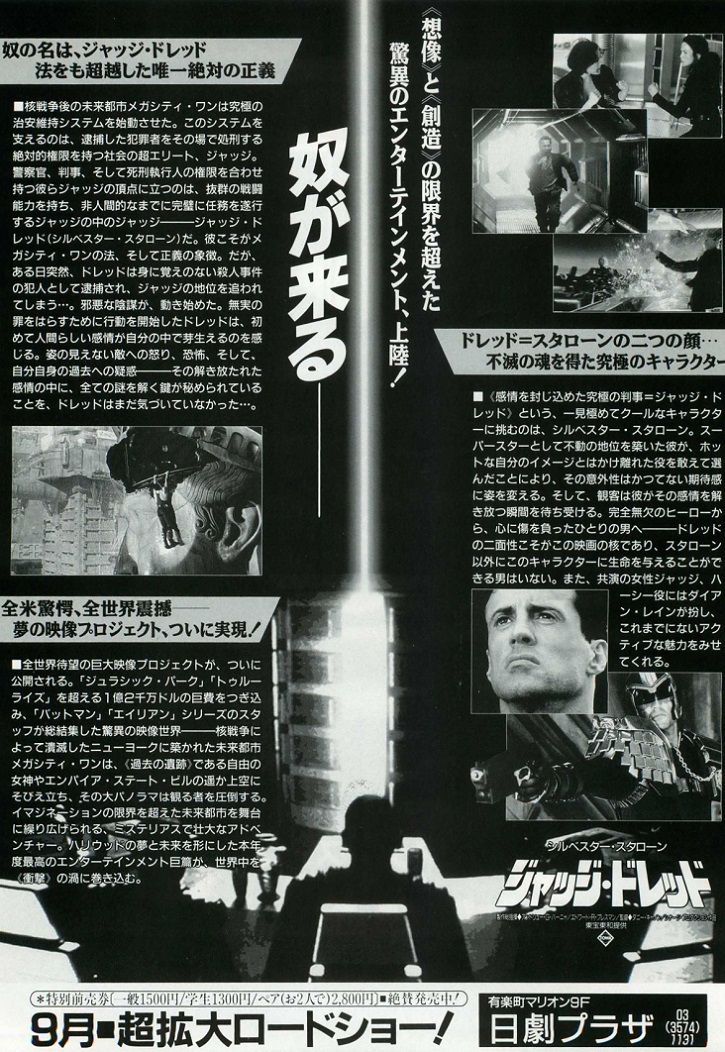 I guess he wanted to remind people that he was a storyteller with motifs, but it still made the makers of Judge Dredd look bad because there was a more subtle way of making the character be an outsider of the system without doing something that was basically Demolition Man 2. It’s strange when you think about it, because the Timecop team didn’t feel the responsibility of minimizing similarities despite the risk of being humiliated. Between Time Runner and Timecop, it was the latter that had a big studio, a popular director and a famous producer. In theory, Mark Hamill should have been the star of Timecop since he was more mainstream than Jean-Claude Van Damme. Hamill had the original Star Wars trilogy under his belt whereas JCVD had several mid-list films under his black belt but less box office clout than his rival, Steven Seagal. You have to wonder why Hamill was deprived of being what Liam Neeson is now. 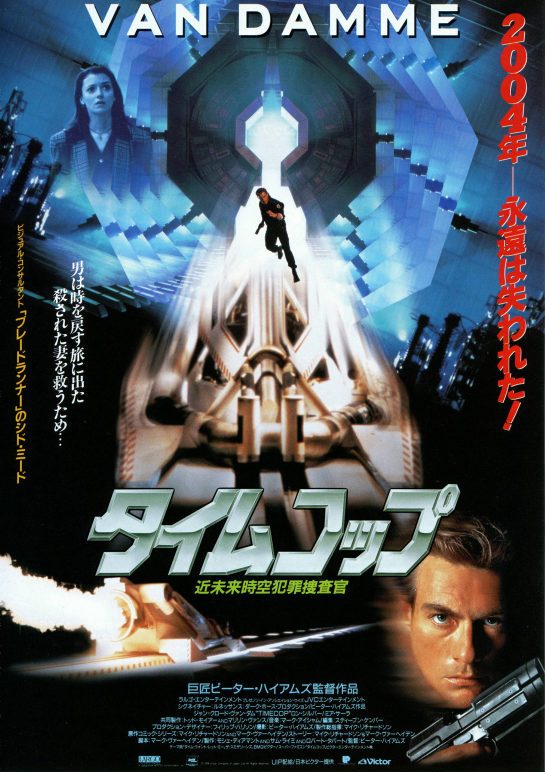 To be both fair and square, Sam Raimi wanted to produce another JCVD movie after Hard Target since they are fans of Chinese movies. Hell, James Lew was probably cast as an assassin because he was the star of a 1979 Taiwanese Kung Fu movie called The Young Dragon. Timecop is radically different when you compare the movie with the comics, yet it was one of the highest-grossing comic book movies. By comparison, Judge Dredd was seen as an example of what it means to make a flop out of a comic adaptation. As for Time Runner and Timecop, they end up ultimately being about stopping a pregnant woman from being killed. That is more touching than the most popular time travel movies. Comparatively, a boy having to play matchmaker so that he still gets born is too selfish to tug at the heartstrings. On the other hand, a man saving someone else’s mother doesn’t garner the same level of sympathy (despite the fact that the man inadvertently becomes the father of his squadron leader). Likewise with the sequel where it’s the son who is in need of protection.

I have to give credit where its due to Timecop given how it inspired Minority Report to have a scene where the nostalgic hero is reciting words from a home movie involving a deceased family member. Demolition Man was mainly produced by Joel Silver (the man seen in the below photo) whereas Judge Dredd was produced by Andrew G. Vajna. Both men have produced action movies starring Sly. Andy produced the first three Rambo movies whereas Joel produced Assassins and Bullet to the Head. Naturally, it’s only fair to compare what they said when promoting each Sci-Fi Sly movie. Every action movie fan worth their salt knows that Demolition Man was originally going to star Seagal, but Stallone really was the first choice for Judge Dredd. For the role of John Spartan, Andy said: “Sly was the first person we thought of and the one and only person we showed the script to.” 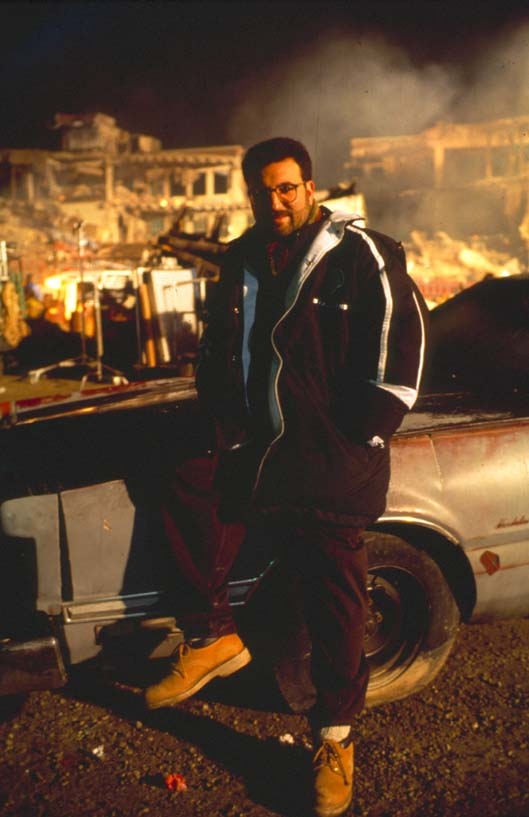 By comparison, Joel had this to say (an amalgamation of comments from the December 1993 issue of Empire magazine and an August 1993 Los Angeles Times article): “I love working with Sly. He’s a good collaborator and a good partner, but sometimes you’ve got to stop him from doing things. It’s always ‘No Sly, you can’t do this.’ Wesley’s worse. Because Wesley and his stunt double look so much alike, I sometimes have to pull Wesley out of the thing when we think it’s the stunt double – ‘Is that Wesley? What, are you crazy?’ Look, the rule of thumb when you’re making a movie is that you’re supposed to shoot two pages of script a day. If you do less than two pages, you’re not going fast enough. But in an action movie, we have one line – one eighth of a script page – that says: ‘Phoenix and Spartan fight to the death as the Cryo Prison slowly freezes.’ But when you’re making a complicated hardware movie like this, with all the steam, smoke, nitrogen gas and Sly hanging from a claw that’s supposed to swing him through the air, that one eighth of a page can take you two weeks.” 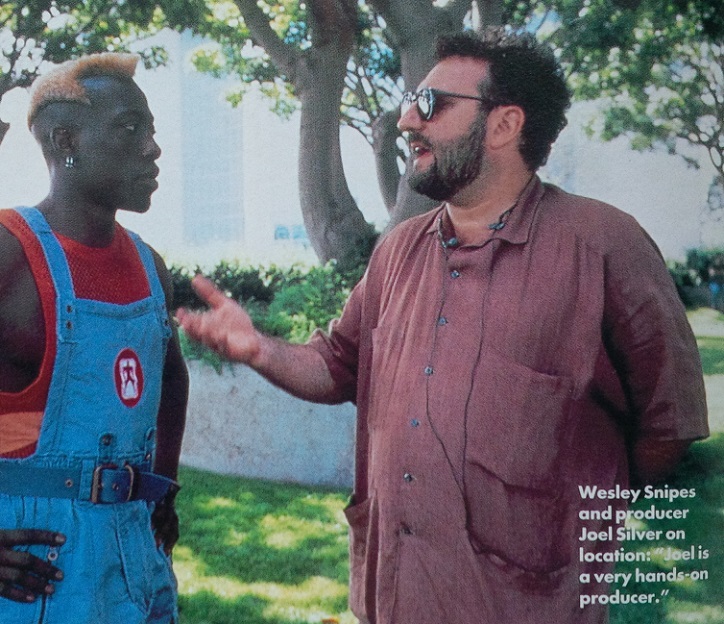 In a 1995 book titled The Making of Judge Dredd, Andy had his own way of selling the action quotient (in a combination of comments from two separate pages including one comment referencing screenwriter Steven De Souza): “When I read the script that Bill Wisher did, I thought this could be a really exciting adventure for a moviegoer. I like science fiction a lot, especially futuristic action, because you’re creating a whole world. You really can go wild with the imagination. The challenge here was to also create, within an imaginary world, an exciting roller-coaster ride for the audience that is unmatched by other movies. So as much as I liked the script we had, I thought we had to come up with more new ideas and new sequences that you’d never seen before. Bill was and is a very good writer, but we brought De Souza in to give the whole thing a lighter touch, to clean up some of the story difficulties. He was able to step in and say ‘Let’s just go for the ride.’ He did a great job of just whipping us through it so that we never stop to think about anything. Between the two of them, we got a really terrific script.” 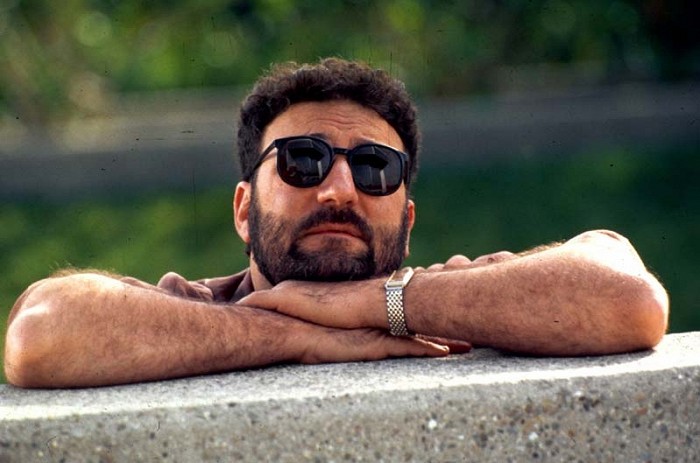 I find it symbolic that Silver produced Arnold Schwarzenegger’s Commando, since it was set up to rival Vajna’s Rambo: First Blood II. In the aforementioned book, producer Beau Marks referenced Silver by noting the importance of not ignoring your star: “Joel Silver told me that you can never forget who your star is, because the audience will never forget. You have to work with the natural resources the star brings with him. The thing that Stallone does so well is that he gets the sh!t kicked out of him then comes back. That’s his myth, almost, ever since Rocky. So the presence of Stallone confirmed our sense that Dredd needed to get knocked down to his lowest point, because Sly is such a great fighter when he’s coming back. It was a good plot device in the movie, but it was also very sympathetic to who Stallone is.”