Wonderful kind of some

Some actors are capable of conveying so much with microexpressions, as Mark Kermode noted in his review of Detroit. Like John Boyega in that film, Eric Stoltz did this kind of acting thirty years earlier with Some Kind of Wonderful. It’s pitiful that this movie doesn’t get more attention than Sixteen Candles. If the directorial credits were switched around i.e. John Hughes directing Some Kind of Wonderful but Howard Deutch directing Sixteen Candles, things would be different. John’s death has given Sixteen Candles more endearment than it deserved. It’s a bad movie with little merit. Had Kyle MacLachlan not been fired due to Martha Coolidge no longer directing (i.e. Deutch had patched things up with Hughes) then respect would not be long overdue to Some Kind of Wonderful. Kyle would have been amazing as the supercilious villain. 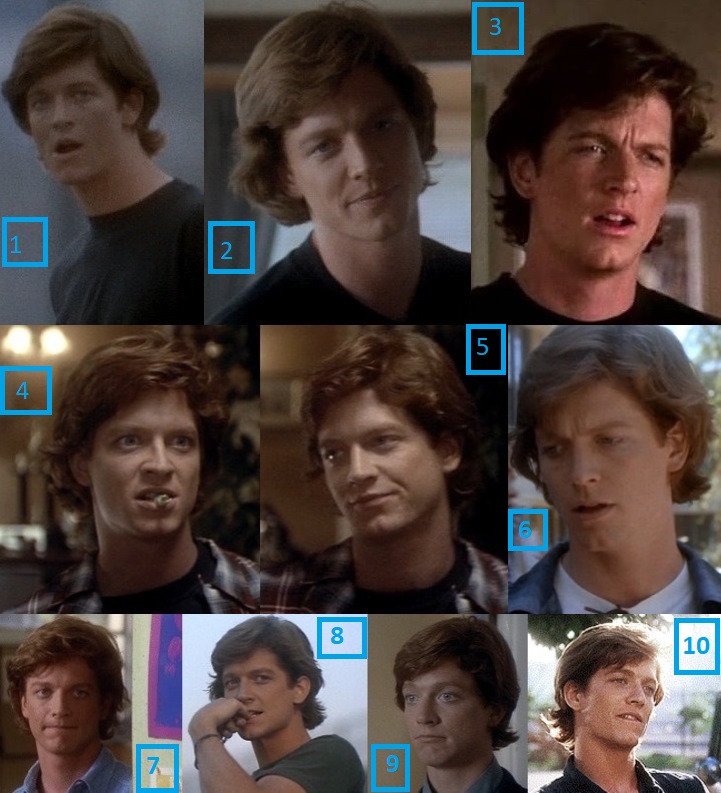 Eric has been unfairly criticized for his performance. Many have mischaracterized his minimalism as wooden when, in fact, he has more range than people have given him credit for. If you ask an actor to play the role of a mild-mannered person, they will either be completely deadpan or use a few facial expressions sparingly. Eric has given the ultimate minimalist performance…making him as much of an artist as the portrait artist that he portrays. The above expressions would be enough for any actor in any film. To highlight his range, I will describe these expressions as: 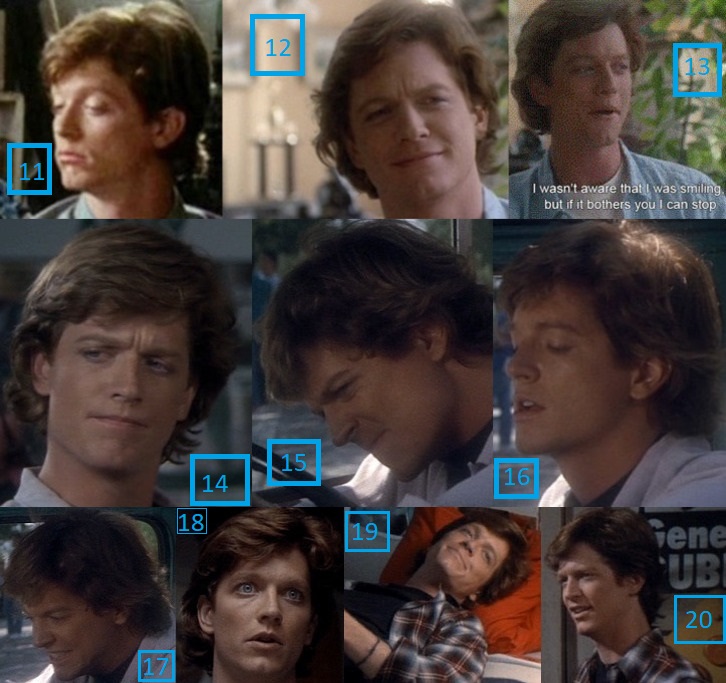 In #12, he reminds me of Lucas Till. Of particular note are the expressions which range from 15 to 17, as these give an indication as to how Eric may have acted in the scene within Back to the Future that involves Marty McFly struggling to start his car during the climactic clock tower scene. As many others have noted, Eric has a similar face to Michael J. Fox. The director failed. Being fired from BTTF has been nothing short of a slight to Eric, especially when you remember that Woody Allen had fired Michael Keaton from The Purple Rose of Cairo (1985). 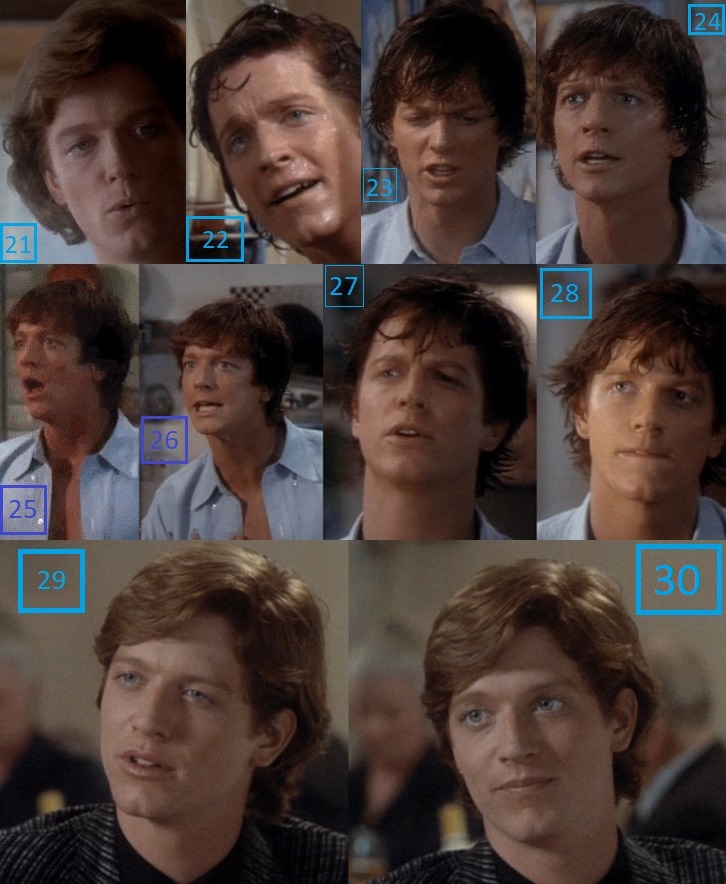 Within the context of the scene, #21 could easily be described as a wince given the awkwardness that inhibits Keith Nelson due to the issue of money. In #22, Eric has a passing resemblance to Burt Lancaster. In #30, Eric reminds me of Thomas Middleditch’s role as Richard Hendricks in Silicon Valley. 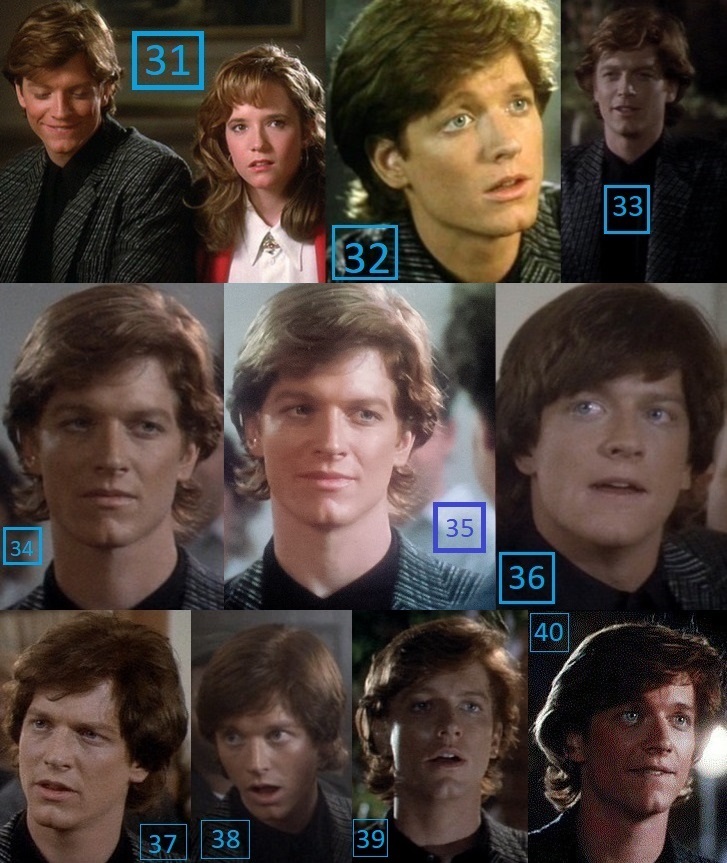 Some Kind of Wonderful should’ve done for Eric what Can’t Buy Me Love did for Patrick Dempsey. Both movies were released in 1987, but the former was released in February whereas the latter was released in August. The former’s domestic box office gross was 18 million whereas the latter’s gross was 31 million. John Hughes knew when to call it quits, so he didn’t make his sixties teen movie project – The Last Good Year. As for Howard Deutch, the problem with the future husband of Lea Thompson being the director of Some Kind of Wonderful is that it was too easy for critics to describe the film as a remake of Pretty in Pink (it’s ironic that the latter has been perceived as a Hughes movie despite the fact that he didn’t direct it). To its credit, Some Kind of Wonderful was remade as a Taiwanese martial arts movie titled Shaolin Popey (a 1994 release which was originally titled Shaolin Popeye).