The ties that bind

The skinny: Marilyn Manson had a girlfriend whose best friend was dumped by Keanu Reeves in favour of a woman who had earlier collaborated with Manson. Years later, this woman died in a car crash after attending one of his parties. 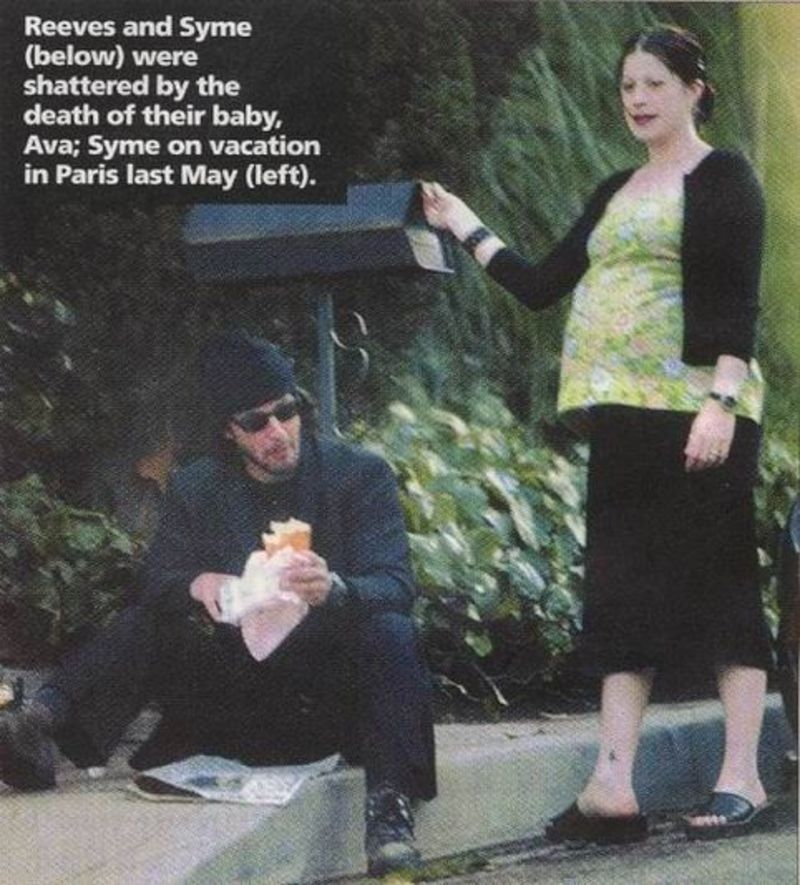 The long story: Amanda de Cadenet had been wanting to date Keanu since the summer of 1991. The only problem back then was that she was married and pregnant. It wasn’t a problem for her but it was for him, who had a strict moral code. All bets were off once Amanda split up with John Taylor in 1996 – the year before John left Duran Duran and the same year when David Lynch’s Lost Highway was made. This film featured an appearance by Marilyn Manson. It also contained two tracks performed by him – one original (Apple of Sodom) and one cover (I Put a Spell on You). He worked on the film because David’s assistant, Jennifer Syme, was the one who reached out to him. She also appeared in the film as Scott Coffey’s girlfriend.

In late 1997, Marilyn introduced her to someone who he started dating – an actress named Rose McGowan. Rose’s best friend is Amanda (the blonde lady who is about to kiss Rose on the cover of my article). It’s through Amanda that Jennifer got to know Keanu. Somewhere along the way, a spark was ignited and Jennifer was impregnated by Keanu in early 1999. Their baby became a stillborn on Christmas Eve. Jennifer’s depression resulted in her being prescribed medication, but the grief drove them apart. They remained friends. Jennifer appeared in a short indie film that was made in late 1999 and early 2000 (according to the director). Ellie Parker starred Naomi Watts and Scott Coffey, both of whom had acted in Lynch’s Mulholland Drive.

It was because of Scott that Naomi was cast in Mulholland Drive since they already knew each other after acting in Tank Girl (1995). There were other connections between Mulholland Drive and Ellie Parker. Jessica Vogl acted in the latter but was a casting assistant for the former. Gaye Pope, Scott’s mother, was David’s executive assistant for the former whereas she acted in the latter. Mark Pellegrino acted in both films. Despite the connections, Jennifer didn’t work on Mulholland Drive. This may have something to do with the fact that Mulholland Drive began as a feature-length TV pilot in the spring of 1999. When David Lynch expanded it in the fall of 2000, there was only so much that he could do with the casting without making things seem contrived. He still managed to dedicate the film to her.

On January 18 in 2001, it was announced that Rose McGowan had split up with Marilyn Manson. This was the day before Ellie Parker was to be screened at the Sundance Film Festival. Rose had been with Manson since late 1997, yet it was only in January 2001 that lifestyle differences made them drift apart. Interestingly, 2001 was when Rose became a true mainstream actress after replacing Shannon Doherty in Charmed. On a vaguely similar note, Scott had replaced Jennifer with Johanna Ray when he decided to turn Ellie Parker into a feature-length film in 2004. Jennifer was outside her comfort zone when she played a casting director whereas Johanna was simply playing who she was in real life, since she was the casting director of Mulholland Drive.

In the original Ellie Parker, the titular character comes home to find her boyfriend cheating on her with Jennifer’s character. Like in Mulholland Drive, Naomi Watts plays an actress who fails to get parts. It’s only in the extended version of Ellie Parker that we get to see Keanu Reeves, and it’s only in this version that the ending credits give an extra special thanks to David Lynch. Besides the implication that Scott Coffey learned about directing from him, his first role in a Lynch film was Wild at Heart (1990) and his last role in such a film was in Inland Empire (2006). TV-wise, he was can be seen in episode 12 of the Twin Peaks sequel series. Like in Mulholland Drive, there is a car accident in Ellie Parker but it’s a minor one.

On April 2 in 2001, Jennifer died in a car crash. Although Mulholland Drive was made before the crash, there is something to be said about art imitating life. Naomi’s character looks similar to the way that Amanda de Cadenet looked in the early `90s whereas Laura Harring’s dark-haired character naturally evokes the memory of Jennifer. In real life, there was some freaky Single White Female stuff going on in that Amanda dyed her hair black. In the course of doing so, she actually resembled Jennifer. Scott, Laura and Naomi went on to star in Lynch’s Rabbits (2002). After Syme’s death, Amanda picked up where she left off with Keanu until they called it quits for good in November of 2001.

Coincidentally, 2001 was when Keanu was remembered for having starred in a film called Sweet November. It co-starred Charlize Theron but it was released in February. Back to Jennifer, the series of events leading to her death were eerie. On April Fools Day, she was invited to a house party thrown by Marilyn Manson where she indulged in drug use. The official story is that she was so wasted that she needed a designated driver to escort her home, but it’s never been revealed as to who the driver was. The story goes that she wanted to return to the party, but she fatally crashed into three parked cars at around 6 in the morning. Her mother alleged that Manson gave her the drugs and encouraged her to go behind the wheel. In 2007, he released an unusual ballad inspired by her death i.e. Just a Car Crash Away.

Despite the involvement that Marilyn had in her death (no matter how indirect it may be), it’s ironic that the first John Wick movie that Keanu starred in contained a song by Marilyn called Killing Strangers. This was back in 2014: a year before the release of his ninth album – The Pale Emperor. This wasn’t the first time that his music was featured in a Keanu Reeves movie. With the exception of The Matrix Revolutions (2003), people got to hear two of Manson’s tracks in the soundtracks of The Matrix (1999) and The Matrix Reloaded (2003). First there was Rock is Dead then there was This is the New Sh!t. After all these years, what Keanu has in common with Marilyn is that they have both don’t have children despite having previously expressed wanting to be fathers.