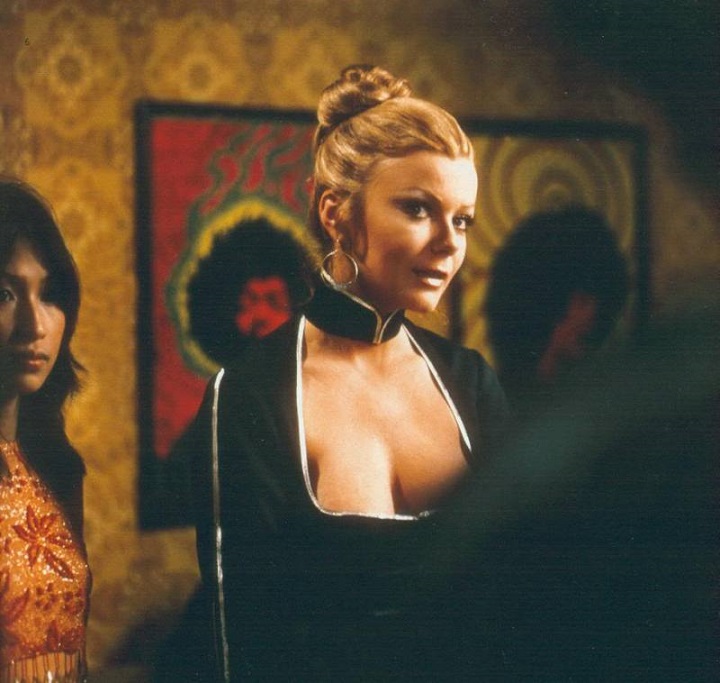 Back to Bruce, he had a lot in common with Jimi…

1) They were born on November 27, albeit Bruce was born in 1940 whereas Jimi was born in 1942. From a Chinese Zodiac perspective, they were compatible since they shared part of the same element sign – Yang. In Chinese Zodiac culture, you either have a Yin element or a Yang one. Bruce was Yang Metal whereas Jimi was Yang Water. This is slightly ironic from a humorous perspective since Jimi had an influence on many heavy metal guitarists whereas Bruce preached the importance of being like water. What isn’t ironic are the animals attributed to their signs – the dragon is the most symbolic creature of Chinese culture whereas the horse symbolizes the endowment of black men.

2) Both stars have a connection to Garfield High School. Jimi attended whereas Bruce was only there to be a chaperone for the former homecoming queen, Amy Sambo (who was his girlfriend at the time).

3) Bruce reinvented the wheel with how he approached martial arts like how Jimi did with the guitar. They became icons because they were iconoclasts.

4) Despite their talents, they had to go overseas in order to make a name for themselves in America. Jimi had to build a following in Europe whereas Bruce had to return to Hong Kong where he was already established as an actor.

5) Jimi recorded three albums which were released during his lifetime. Three of Bruce’s martial arts movies were released when he was alive.

6) During their final months, they were overworked and didn’t get much sleep. Their physical health had also suffered. Their mental health was wraught with insecurities about who to trust and a disillusionment with the success that they were having.

7) Within their final week, they had two lawsuits that they were dealing with. Bruce wanted to sue a film company (Sing Hoi) for implying that he was in their movie (Fist of Unicorn), and he wanted to sue a Hong Kong newspaper (The Star) for libel. Jimi was involved in a paternity case and a recording contract dispute which was scheduled in the week after his death.

8) Jimi wanted to leave his manager, Michael Jeffery. Bruce’s equivalent was Raymond Chow. Both mentors were fleecing the income of their stars.

9) George Lazenby was a presence in the last seven days of their lives. He was said to be invited by Bruce to appear in Game of Death whereas Jimi took a disliking to Lazenby for how he spoke to one of his girlfriends (Kirsten Nefer). Lazenby claimed that Jimi was originally going to score a film of his called Universal Soldier but it didn’t happen because Jimi died.

11) They took drugs, which fueled their creativity and resulted in their deaths. Although he took hashish like Bruce, Jimi’s death was due to a combination of different factors.

12) What connects their deaths is the official stories of being given tablets by the women who they were currently with – a sleeping tablet for Jimi, and an aspirin for Bruce.

13) When they died, they were found in the apartments of their girlfriends on a Friday. Betty Ting Pei was 26. Monika Dannemann was 25. Author William Saunders claimed that Monika was 26 in his book, Jimi Hendrix: London. Confusingly, her birth year has been listed as 1946 on IMDB.

14) Both girlfriends were found to be suspicious. Monika was reportedly vicious towards Jimi whereas Betty went on to marry a gangster who belonged to an organization whose deputy was threatened by Bruce.

15) It took hours for each of the deceased to be sent to the hospital because there was a cover-up.

16) Their autopsies were performed by the same forensic pathologist: Robert Donald Teare.

17) Teare discovered traces of cannabis in each man.

18) Conflicting information has made people suspect foulplay involving these deaths. In Bruce’s case, former student James DeMile was so unconvinced by the official story that he decided to do some detective work. As for Jimi, former girlfriend Kathy Etchingham took it upon herself to become a sleuth.

19) The movie star and the rock star were buried in Seattle.

20) Unreleased material from each star was shamelessly exploited after they died.