In a 1994 Los Angeles Times article about Eric Stoltz, Quentin Tarantino said this about an indie film called The Waterdance (1992): “People started looking at the kid in Mask as an adult. For all his intensity, Eric never had edge. Now he does. He’s on the list. He’s cool.” 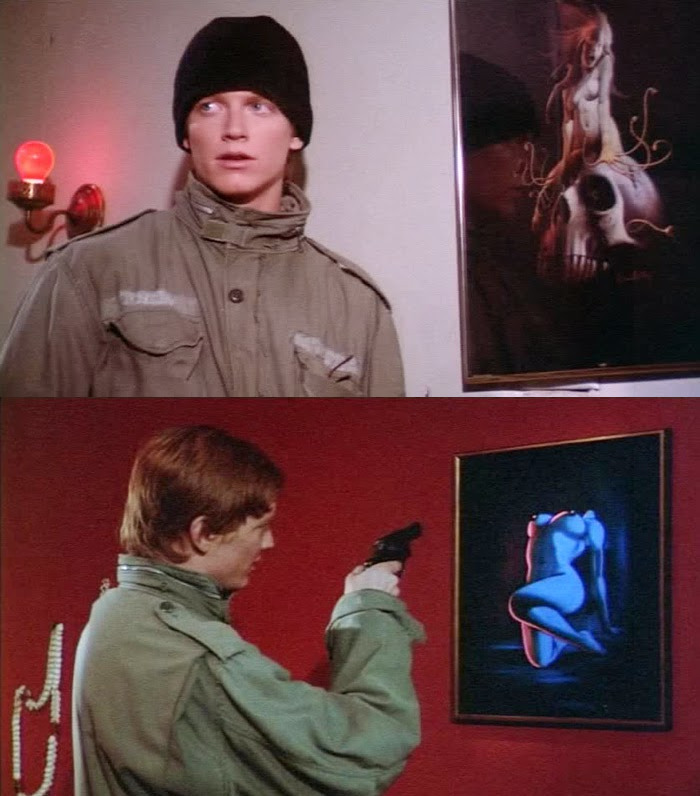 This is a curious remark considering that True Romance was influenced by an edgy indie movie starring Eric. The movie was called Running Hot a.k.a. Lucky 13. It was released in 1984 – the same year that Mask was made in. That film’s ending had an influence on the original ending that Tarantino had envisioned for True Romance (1993). Given Tarantino’s reputation for championing the underdog, it’s likely that Running Hot was the reason why Tarantino was okay with making a cameo appearance in Sleep With Me – a 1994 indie film produced by and starring Eric.

As much as Tarantino has been called an auteur due to having trademarks, True Romance is not a Quentin Tarantino film in the same way that Howard Deutch’s Pretty in Pink is thought of as a John Hughes film. It’s not just that Quentin wrote and didn’t direct True Romance, but he didn’t produce it. Not only is the ending a result of the director’s intention, but the narrative structure isn’t what Quentin had in mind either. On the other hand, Running Hot could be regarded as an auteur’s work in that the writer and the director are the same man i.e. Mark Griffiths. True Romance is so derivative in general that it could be regarded as counterfeit. It’s like getting one of those bootleg compilation tapes. Ironically, the English translation of the Slovenia title for True Romance is The Real Thing.

There are several scenes in True Romance that were modelled on Running Hot. The dialogue in the latter is best described as Tarantino-esque in all but length. More specifically, the runaway couple in Stoltz’s movie use the same type of car that the other couple would later use for most of their getaway. There’s no scene that takes place in a comic book store, but we do get to see one of the prostitutes read a comic book. The phone booth scene in True Romance owes a debt to Running Hot in a way that could have been seen as a love letter had Quentin been more forthcoming about the influence. Instead, it comes off as him just literally phoning it in. He gets away with it because the main character is a big fan of movies. 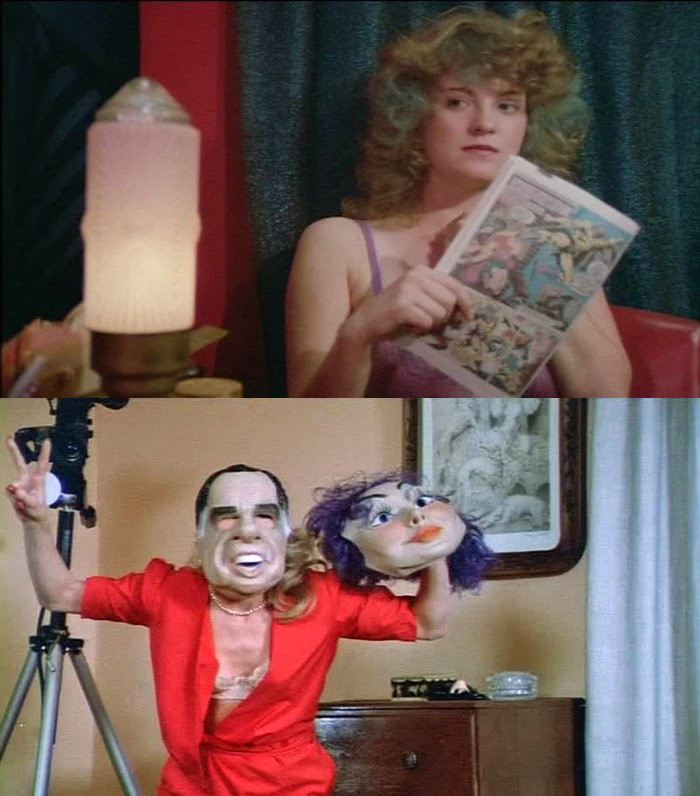 That’s the thing with Quentin, he always leaves out one acknowledgement on one of his films because he wants to be seen as being original. He never credited Wong Jing’s God of Gamblers for the running gag in Pulp Fiction where something bad happens every time that one of the main characters goes to the men’s room. Most infamously, he never acknowledged the influence of City on Fire on Reservoir Dogs, particularly the finale. Back to Running Hot and True Romance, the finales are equally high in testosterone, although the difference is that True Romance has more firepower whereas Running Hot has more fire. Either way, the use of a shotgun is equally important.

As for how both films begin, they are not exactly duplicates but they are essentially the same – young man hooks up with a hooker who he rescues from a pimp but, in doing so, accidentally commits a crime. The chase progresses to the point where the couple finds themselves in a desert. Even the performances by Monica Carrico and Rosanna Arquette are similar. To top it all off like icing on cake, both films have a character who tries to locate the fugitives by hoping to con their close friends into revealing their whereabouts. As for the cherry on top, Running Hot has a character called Dickie whereas True Romance has a character called Dick Ritchie.

Despite the fact that The Waterdance made Eric Stoltz a “hip” choice for Quentin Tarantino to be seen working with on Pulp Fiction (1994), it was clearly Running Hot that made Quentin less self-conscious about Stoltz being the star of Killing Zoe (a 1993 Roger Avary film where QT was one of the executive producers). Nevertheless, what cements the connection between The Waterdance and Killing Zoe is a Vietnamese actor named Tai Thai. In a 1993 L.A. Times article about himself, his opinion of The Waterdance was: “It’s a great little film. It’s too bad it didn’t get a wider release.”