I have a grudge against a woman whose maiden name is Erika Mitchell, whose marital name is Erika Leonard, and whose pen name is E.L. James. In 2013, she succeeded in getting her erotica novel adapted as a movie whereas I had been completely rejected by the publishing world in that year. My failure was such that I needed a new nom de plume. In 2015, I took solace in listening to Mark Kermode’s review for Fifty Shades of Grey where he made a comparison to American Psycho. Coincidentally, that is how I pitched my erotic novel from 2011 to 2013. Ironically, Bret Easton Ellis advertised himself on Twitter as a budding adapter of Erika’s novel. What’s truly revealing is that Erika’s decision to have the titular character be renamed as Christian (after starting her literary life as a Twilight fan fiction author) owes to the fact that the adaptation of American Psycho starred Christian Bale. The joke is (lost) on her since her novel could be seen as American Psycho without the intentional hilarity. 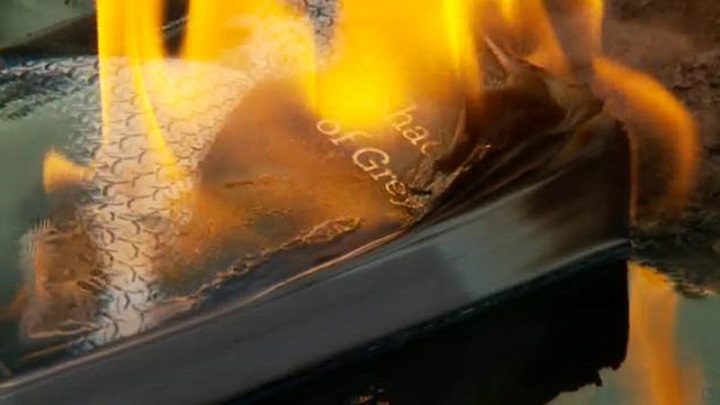 Still, I regret submitting my query to her literary agent (i.e. Valerie Hoskins) in April, 2011. I found it strange that Fifty Shades of Grey was supposedly published in June, 2011. My suspicion is to do with the fact that June was the third month of my querying. By the end of May, I e-mailed every British literary agency. Erika’s novel takes place during that time and, like my novel, had e-mail conversations (the type of dialogue scene that I was proud of advertising in my cover letter). Both novels are eroticas that are set in Seattle. I suspected that E.L. James had heard of my novel. I was instantly reminded of a 1994 episode of The Simpsons (Lisa vs. Malibu Stacy). I had a potentially trend-setting product that, when marketed effectively, would’ve made other novels seem lacking. You have to bear in mind that agents see new authors as possible threats as much as potential allies.

My situation is comparable to what has happened to some of the trailblazers in the rock music industry. The prototypes tend to be overlooked in favour of the followers who figured out how to make the prototype more accessible. When I think about the commercial potential that my novel had, it’s aggravating. The numerous pop culture references in my coming-of-age epic would have allowed for creative advertising in TV, movie and music magazines. Unfortunately, most publishers lack that level of consumerist awareness. It’s fascinating that there are more positive things that were said in my rejections than what can truthfully be said in any given review about Fifty Shades of Grey.

For a novel that’s been around for a longer time than mine, it’s worth noting that even some of the five star reviews on Amazon had made the negative observation that her novel seems rushed. There clearly wasn’t time to hire an editor e.g. the numerous British colloquialisms in what’s supposed to be a story about Americans in Seattle. There is also the issue of the year that it takes place in despite being printed for mainstream publication by Random House in April of 2012. The fact that it takes place in 2011 is telling. A Twitter time search, using the keywords “Master of the Universe Snowqueens Icedragon” (i.e. the latter was her username), informed me that she wrote her novel before I queried agents, but it’s possible that she rewrote her novel to make me look like a copycat.

Having her novel set in Seattle is suspect because she had never been there before. Also, Twilight wasn’t set in Seattle (although Seattle was briefly featured in Breaking Dawn). There were no vampiric references when Erika’s novel started off as Twilight fan-fiction. On the subject of Twilight, I noticed that she renamed Jacob as José (my name is Joseph). Although she wrote her novel in 2009, her decision to publish it was influenced by my novel. When her novel received mainstream publication in 2012, there was no reason to have the story still set in 2011. The setting had already been changed to 2011 when it was first published by an online Australian publisher. I regard the choice of publisher as a slight towards me because the love interest’s nationality in my novel was Australian.

The other part of the official story that I want to find fallacy in is the supposed fact that her novel was so popular online that it was practically begging to be picked up for publication. Well, that’s not true because there were many readers on the Fan Fiction site who deemed Erika’s stories to be too provocative for the site. What’s baffling about her success is that most literary agents and publishers refuse to publish a novel in print if it is self-published for free or not. It just goes to show you how desperate that people are to bend the rules so as to avoid being usurped. What was so infuriating about Fifty Shades of Grey was that I was previously told that, as a novelist, you can’t achieve huge mainstream success with an erotic novel. Her novel is so abysmal that it wouldn’t make sense for any publisher to accept it without editing.

Who would want to publish fan fiction? If she’s powerful enough to not have an editor, why not have her novel printed earlier? I find it to be suspect that the main theme of her novel, like mine, was abuse. It wasn’t the exact same story but that’s only because her novel was an exercise in how to steal someone’s thunder without being accused of plagiarism. Adding insult to the injury of my pride, no-one on her team thought that the word-count was exorbitant. 155,749 is ludicrous. This would only be justified if her novel was a saga like mine. The industry has a strict rule about word-count, and her cult following didn’t justify the expenditure. Last but not least, her novel is a rip-off of a 2002 film called Secretary. It’s about a BDSM businessman whose surname is also Grey.