In today’s world where beauty can be created digitally, it seems strange to think that you would need a body double to compensate for either a woman’s shortcomings or her refusal to showcase her body parts. Shelley Michelle was the most famous of the body doubles. She doubled Julia Roberts, Kim Basinger, Madonna, Sandra Bullock and Barbra Streisand among many others. Shelley is also the most iconic body double since she predated Mena Suvari’s rose-censored nude photography in American Beauty (1999) when posing for Playboy’s April 1992 issue. It’s sad then that Shelley wasn’t given the opportunity to be the next Goldie Hawn, which was her dream. It’s all the more a pity since Shelley has ample amounts of wit. 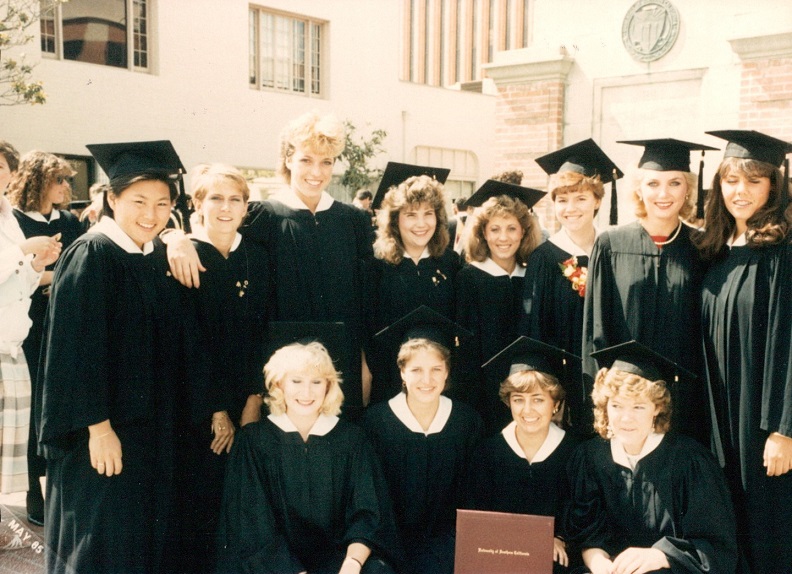 It’s too bad that she doesn’t have ample amounts of money. She insured her legs for one million dollars but she only received $132,000 for her settlement after she had torn her meniscus (the part of the knee that absorbs shock) during a photo shoot at the Hollywood Loft on December 8, 2005. This was literally a far cry from what was reported in some 1991 newspapers about her being considered to star in the next action films of Steven Seagal and Dolph Lundgren, who Shelley Michelle had studied martial arts with. Speaking of 1991, several newspapers in September had the same edition of a feature called Who’s News where readers submit questions about public figures. A woman named Shelby Knight (from Jonesboro, Arkansas) observed an inconsistency: “In Mystic Pizza and Flatliners, you can’t help but notice that Julia Roberts has wide hips. Then, in Pretty Woman, she’s tiny. Is this a camera illusion, or what?” 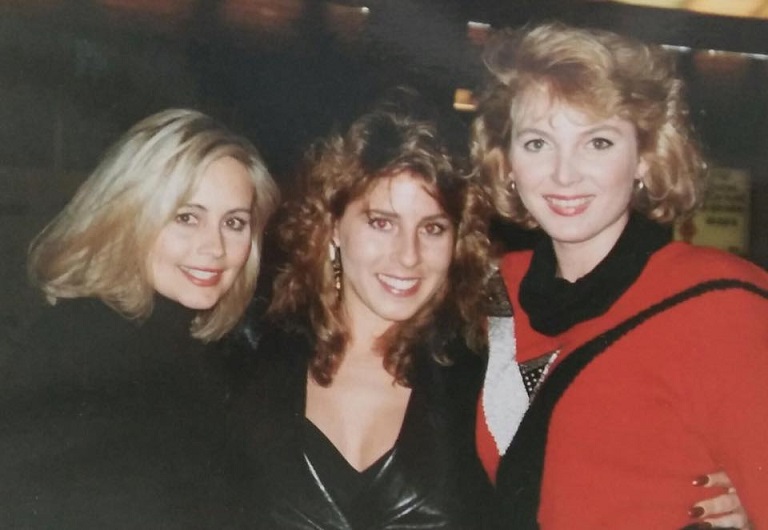 It’s just as well that Shelley Michelle had turned down the offer by Julia Roberts to double her in Flatliners. In the above photo, actress Ashley Hester is the lady on the left whereas the lady in the middle is luxury travel designer Antoinette Delio. It’s pitiful that Julia wouldn’t take a photo with Shelley despite being grateful to her on a daily basis during the making of Pretty Woman. What doesn’t get reported much is that Shelley doubled Sandra Bullock on the video cover for A Fool and His Money (1989). Even lesser known is a film credit that isn’t listed on Shelley’s IMDB page: “In Fast Company, I actually doubled for Ann Jillian, and I doubled for another girl and I had a part in the movie too. The director said Do you think people are going to know it’s all the same body? They never caught on, though. I think for the most part, people assume. They look for perfection, so they assume the actress is going to look great.” 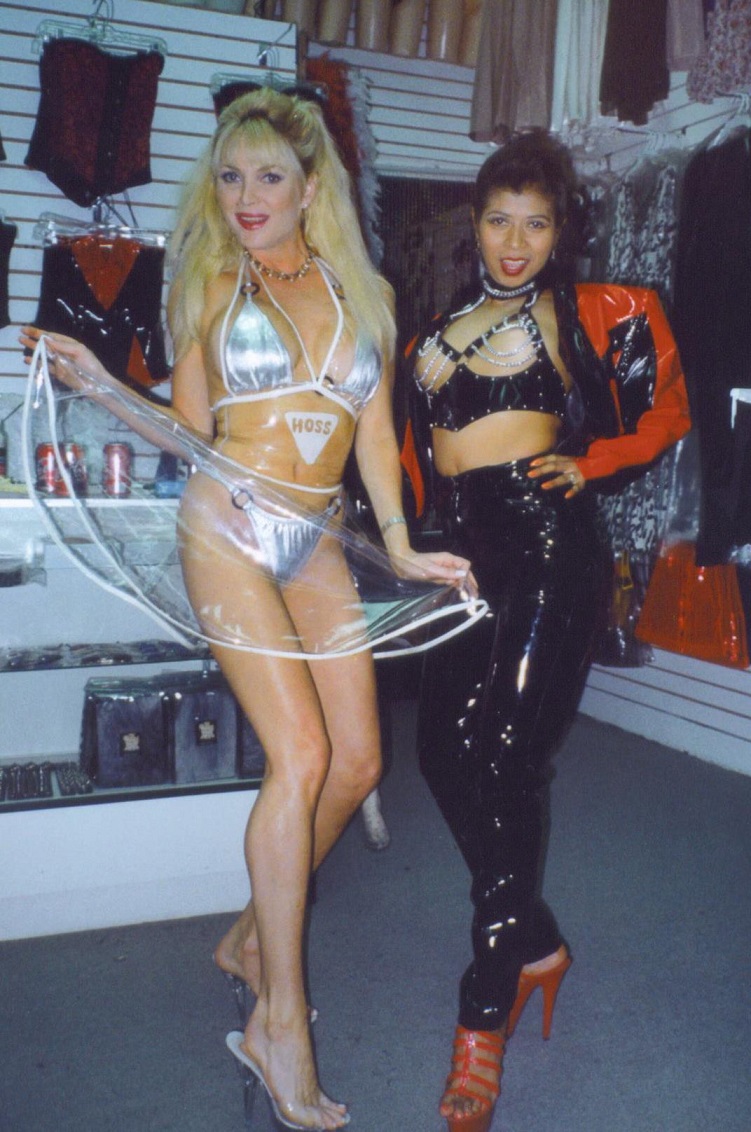 On a Usenet message board in 1997, a guy remembered Shelley’s license plate being “BDY DBL” when he last met her. She even ran an agency called Body Doubles and Parts. Disturbingly, she was quoted as saying that at least 85% of body doubles have had breast implants. It goes without saying that such a woman has double implants but what doesn’t get brought up is that Shelley was going to be in a Jean-Claude Van Damme film called Double Impact (1991). Coincidentally, Dolph Lundgren was in a 1991 film (Cover-Up) whose French title is Double Impact. This makes it all the more interesting that both men later starred in Universal Soldier (1992).

As for the JCVD movie, Shelley was originally going to play the role of Danielle Wilde but lost the role to Alonna Shaw at the very last minute. Let’s just say that Shelley doesn’t have a favourable opinion of the muscles from Brussels. In the below photo, the woman in the middle needs no introduction because her name is above her. The man on the right is Robert “Smokey” Miles whose alter ego is Count Smokula. This is what he had to say about Chelsea Charms on Facebook: “Each of them puppies weighs in at 26 lbs. She says she likes `em. I reckon different globes for different phobes. I’d build a special bed with large indentations for stomach sleeping.” 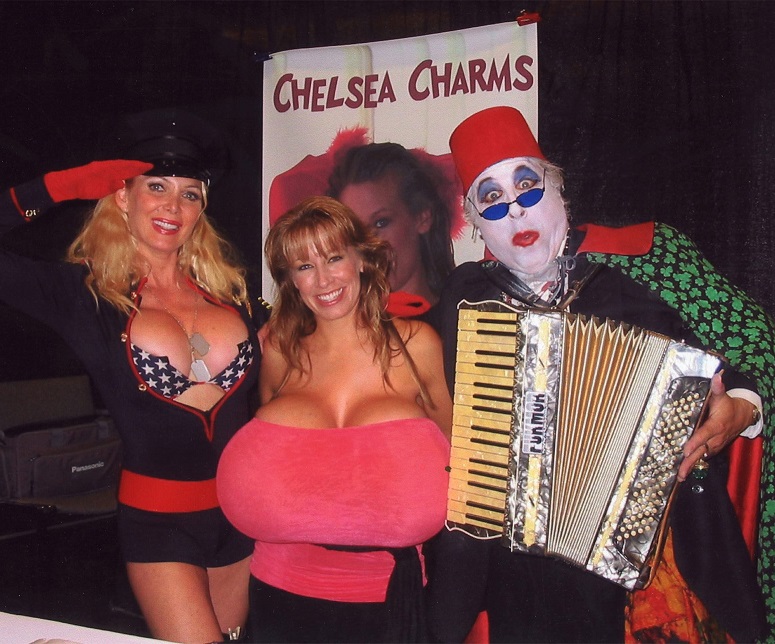 Back to the lawsuit, it was reported in Volume 8 of the Verdictsearch California Reporter circa 2009 where they referred to it as having been settled on July 7 of that year. Shelley Michelle filed for a lawsuit on November 16, 2007. The name of the case was Shelley M Winnaman v. American Media Inc. & Muscle Fitness Hers Magazine. On December 8 in 2005, the photographer and employees of the magazine asked her to look at the camera while jumping over metal trash cans that were laid on the ground in the alleyway. In addition, they dampened asphalt with water to enhance the photo. Shelley performed 10 to 15 jumps over the trash cans, landing awkwardly and injuring her knee during one of the jumps.

The plaintiff who is no plain Jane sued Muscle & Fitness Hers and parent company American Media Inc., alleging negligence and premises liability. She argued that American Media negligently dampened the asphalt and negligently maintained the alleyway, which had several uneven cracks. She claimed that the company should’ve informed her prior to the photo shoot that she would jump over trash cans, so she could’ve prepared properly. American Media argued that Shelley assumed the risk of injury and that the alleyway was an open and obvious danger. The defendants were represented by Edward J. Morales (of Borton Petrini Law Offices) whose orthopedics expert opined that Shelley had a pre-existing degenerative condition in her knee and that she would have needed surgery regardless of the accident. 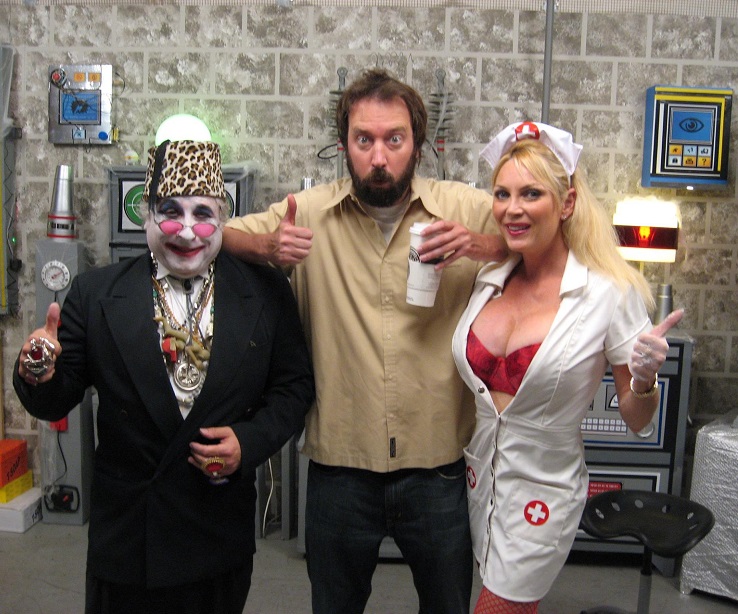 That’s depressing, so I will digress with some comic relief. The context for the above photo is this video. This is what Robert Miles had to say about it: “Count Smokula conjuring up the Secrets of Eternal Life in his state of the art laboratory in Smokesylvania with Tom Green and Nurse Bazonkas! The laboratory was made by the great Thomas Hurley.”

Back to the lawsuit, the Verdictsearch California Reporter had reported that Shelley claimed past lost earnings initially and retained an economist, but reneged after the economist stated that her self-employment status as an independent contractor would make lost earnings had to prove. Shelley’s attorney was Danny Soong. John A. Peterson was the mediator. The judge was Abraham Kahn. It took place at the Stanley Monk Courthouse. The case was registered as No. BC380886 by the Superior Court of Los Angeles. The category of the case was Premises Liability. Despite what the VCR had reported, a legal archives site called Trellis had reported that a request for a dismissal was made on August 20 before being filed by Shelley on August 26. As for July 7, the docket entry referred to a jury trial not being held. The VCR had reported that as a result of the settlement, American Media agreed to feature her in a one-page story.