The exalted and the exiled

In other words – Bruce Lee and Bey Logan respectively. By and large, the latter (who may as well have named himself Bruno Logan) is persona non grata because of his association with Harvey Weinstein being too guilty to defend himself with the guilty by association tag. As he continues to be spurious in a way that will eventually topple over to the vehement side of his personality, I will like to show you some comments which he had made on Temple of the Unknown – an obscure Bruce Lee forum owned by the City on Fire website which can’t even be found on the current version of the site or even the subsidiary one (also known as Temple of the Unknown). Here are some comments from the audio commentator whose competence was somewhere between Ric Meyers and Bobby Linn Haynes… 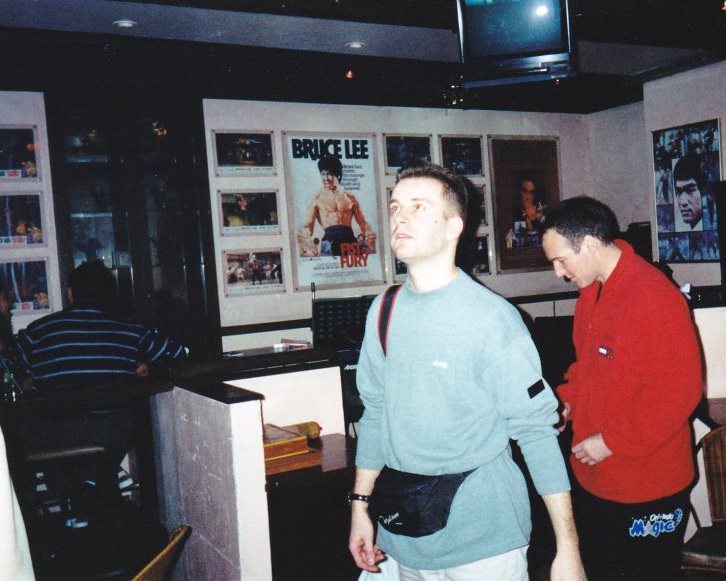 Belated seasons greetings to everyone, and thanks for all your efforts in perpetuating the legacy of Bruce Lee. I do not claim to be the world’s greatest authority, nor have I ever done so. In terms of Lee’s Jeet Kune Do and its attendant philosophy, I’d say that honour goes to John Little. In terms of Lee’s film work, George Tan. I was bemused to see that George, along with several other posters, was put out at my supplying commentaries for The Big Boss and Fist of Fury. The fact is that I would have been delighted to step aside and let George execute the commentaries instead. The problem with George, whom I’ve known since the early `80s, has always been that he amassed this huge amount of information which, for personal, logistical and legal reasons, he is incapable of disseminating through any professional medium. 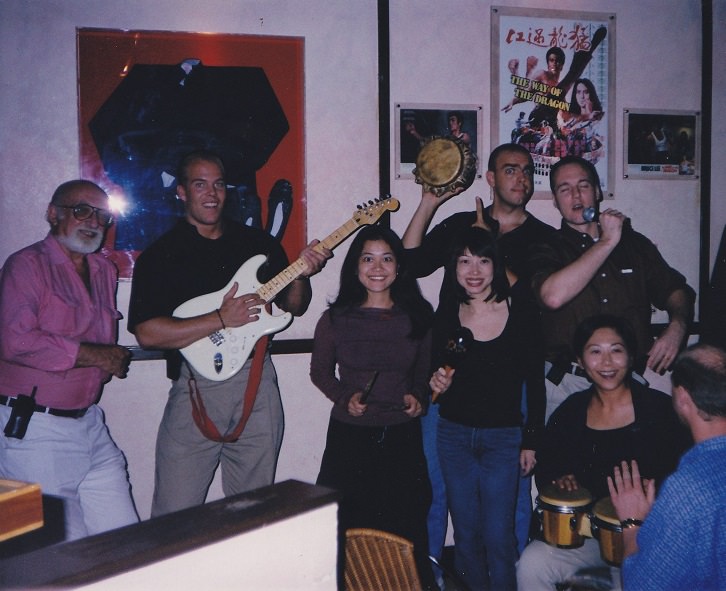 It doesn’t end there:

Let’s talk about the Hong Kong Legends DVDs. George has mentioned that he’d been asked by HKL to contribute commentaries and other materials. It’s true that an approach to him was made, via Rick Baker. Despite the offer of financial remuneration, and the widest possible worldwide audience, he turned the company down. He keeps talking about the DVDs which he’s currently working on, but these will almost certainly be pirated versions of the films. I know for a fact that he is not working with any of the official licensees who have obtained the rights from Media Asia. 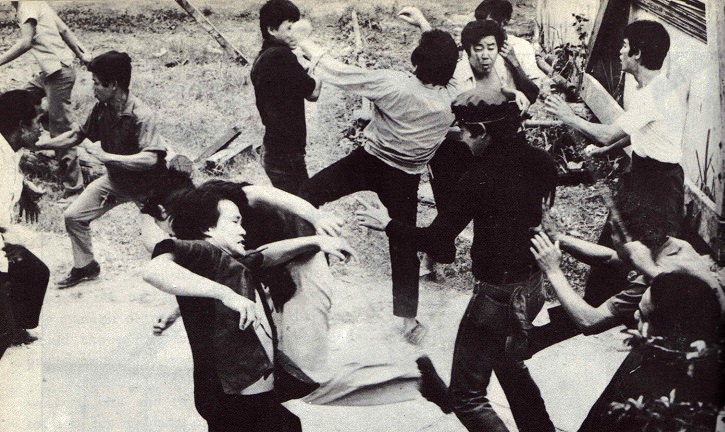 The second side to the story:

Hi Bey, your erroneous info knows no bounds. My photo archive was purchased in 1989 from the photographer (and negative holder) of the BL films. The photos are registered and copyrighted by yours truly. The Lee Estate, Golden Harvest, Media Asia or any other entity cannot lay claim to them. Let me ask you something – how can you lay claim to something you don’t even have a print of, let alone the ORIGINAL negative(s), or a chain of title from the photographer? The reason for self publishing is simple – the work can be done exactly the way I want it to be done, and I get the lion’s share, not some publisher who pays you a pittance for your own work. You actually did get one thing right, I’m the man when it comes to knowing about Lee. You know my feelings on releasing the G.O.D. footage. I don’t think Lee would have ever finished this film, and I’m damn sure he wouldn’t want folks seeing a slew of out-takes. His old lady stated publicly right after he died that the footage won’t be shown. It’s very nice that you unearthed it, and YOU did that on your own volition, if I’m not mistaken. So there’s the catch 22 – you’re damned if you do, and if you don’t. 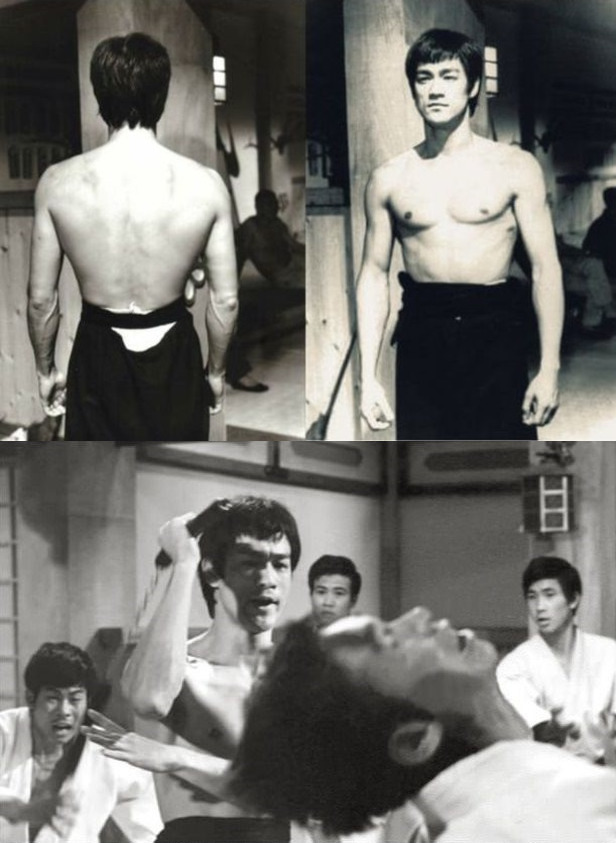 Do you know if a film called The Tournament will be coming any time soon? That’s an underrated classic with Angela Mao. Later! G.T.

The ball was in Bey’s court:

Thanks for the relatively civil response! I’ve read the way that you talk to some posters who cross your nunchakus. First off, no-one would be happier than I if your collection actually saw the light of print. I’ll be first in line to buy copies. However, as fair warning, I should tell you the following: U.S. copyright law recognises three very specific rights regarding a visual image. Firstly, there are the rights of a photographer to his or her own work. In this case, you have indeed acquired these rights from the source. Secondly, there are the rights of an individual to his or her own likeness. These rights revert to the next of kin in the event of the person’s death. In this case, the ‘likeness’ rights to the Bruce Lee images you have are owned by Universal. Finally, there are the image rights. Media Asia’s position is that most of the images which you have depict scenes shot for the Bruce Lee films that it owns, and therefore it, too, has rights regarding them. 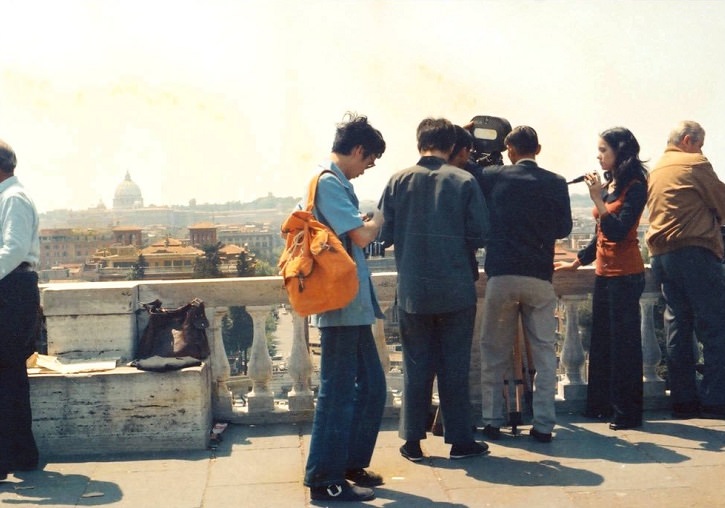 Just when you thought that it was all over, Bey is swinging the right balls instead of his testicular ones:

I fully appreciate that you have far more photographic materials than we do, but possession alone is not ownership in law. Whatever your personal opinion, both Universal and Media Asia would take legal action to protect their relative copyrights. You may decide to self-publish anyway, but please be aware of the official positions of the companies concerned before doing so. Talking about Game of Death, I don’t think anyone knows for sure what Bruce’s intentions were. I agree that The Tournament is a real lost classic, and will be released (eventually) as part of the Hong Kong Legends DVD series. 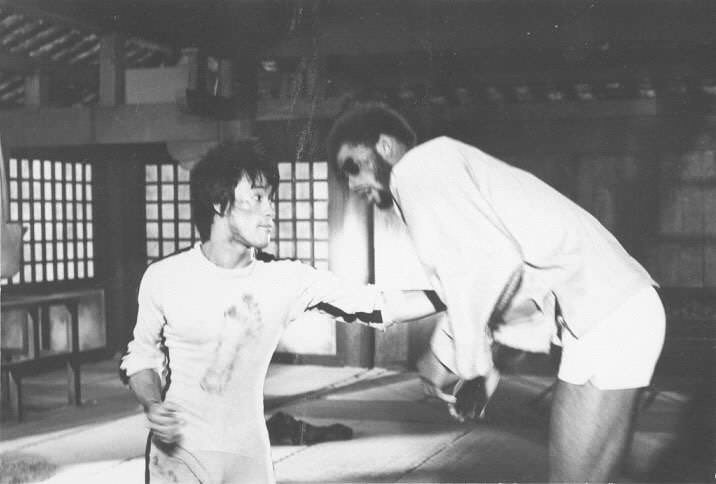 Now is the perfect time to bookend a book photo with two comments about books:

I’ve read so much criticism of John Little’s work. What was John supposed to do? Wait for a “real” expert like George Tan to print his books? I’ve waited over a decade for the Tracking the Dragon series, and I’m still waiting now. As George well knows, the copyright for the images involved is split between the Lee Estate (currently represented by Universal), and by Media Asia (the Hong Kong film company for which I work). The professionalism needed to clear the rights is far beyond George’s capabilities, which is the real reason why he’s self-publishing. If he can actually release anything resembling a real book in 2001, I’ll perform Kung Fu Fighting live on stage at Hong Kong’s Pink Mao Mao club. 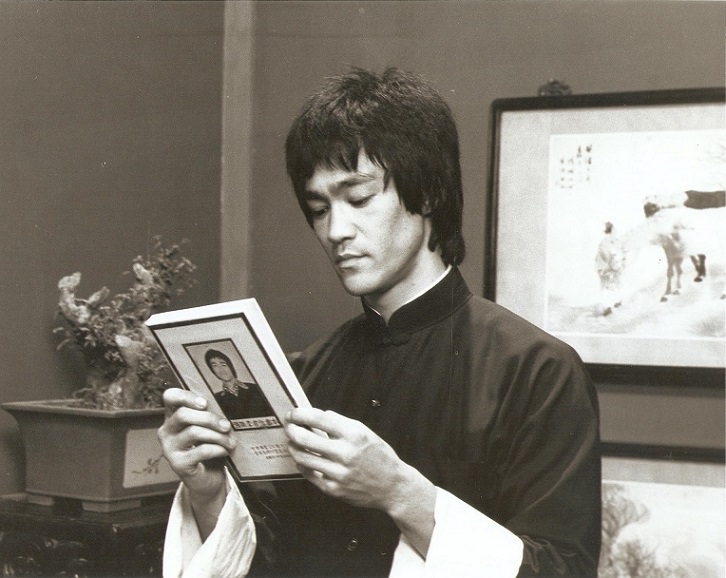 I’m working on another book right now. It’ll be a collection of what I consider to be the best of my Hong Kong movie writing from the last decade, including reviews, interviews and personal essays about my experiences working in the Hong Kong movie industry.

Editor’s note: That book remains unpublished as of now, especially seeing as how Bey will no longer be able to use a business card as a literal calling card. Wong Jing truly has the last laugh since Bey’s The Blood Bond is a rip-off of The Last Blood. To read more from the literally unknown forum, go here.