To ensure that we’re off to a good start, I would like to highlight an embarrassing example of influence by making comparisons between two episodes from two shows… 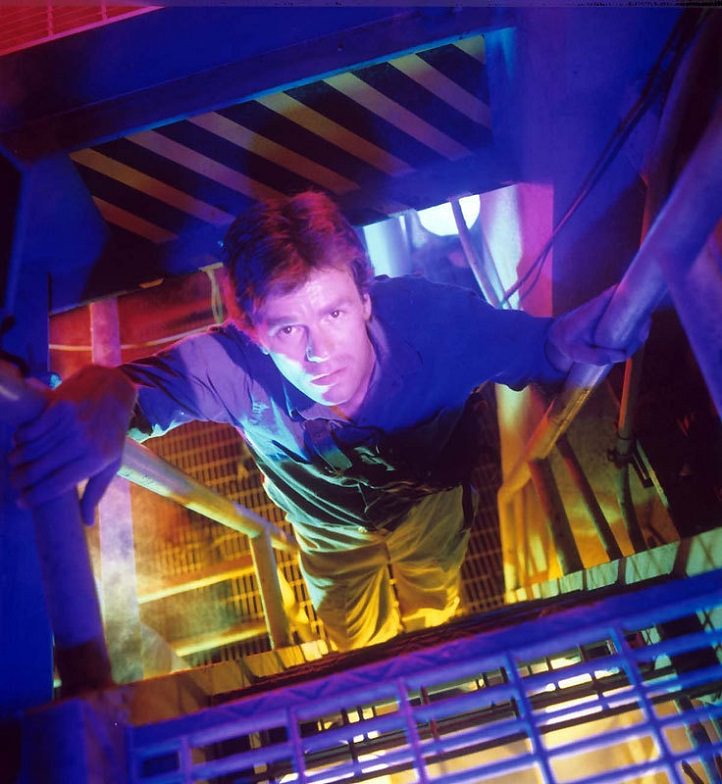 The reason why MacGyver had a music cue that sounded a Hell of a lot like the one from Superman (1978) was because both were produced by Paramount. When I saw a 1986 episode titled Nightmares, I made an observation that was like an epiphany: Tammy Lauren looked so much like Linda Hamilton in The Terminator that they should have made The Sarah Connor Chronicles in the eighties instead of having it be a millennium TV series with Lena Headey playing John Connor’s mother. It’s intriguing that John Sheppard worked on MacGyver after having worked as a writer on Jackie Chan’s Armour of God – both of which were inspired by Indiana Jones. On Facebook, John told me: “I worked on quite a few scripts for Jackie, mostly uncredited. One was The Protector with Danny Aiello – the chainsaw fight at the end was my idea.”

The paint can tailing gimmick in a 1995 episode of The Simpsons titled Homer the Great came from a 1987 MacGyver episode titled Blow Out. I wonder what Joe Mantegna would have to say about the lofty reference to him in an episode titled Lost Love: Part Two (1987). A 1998 episode of The Simpsons, The Joy of Sect, was inspired by a 1990 episode of MacGyver titled The Visitor. I wonder how many people were reminded of The Widowmaker (a 1987 episode) upon watching Sylvester Stallone’s Cliffhanger. I’m surprised that Universal didn’t sue Paramount over the cover of Cameo’s Word Up! in Lost Love: Part Two (a 1987 episode). A 1987 episode titled Out in the Cold could have done with using a 1985 Judas Priest song of the same title. 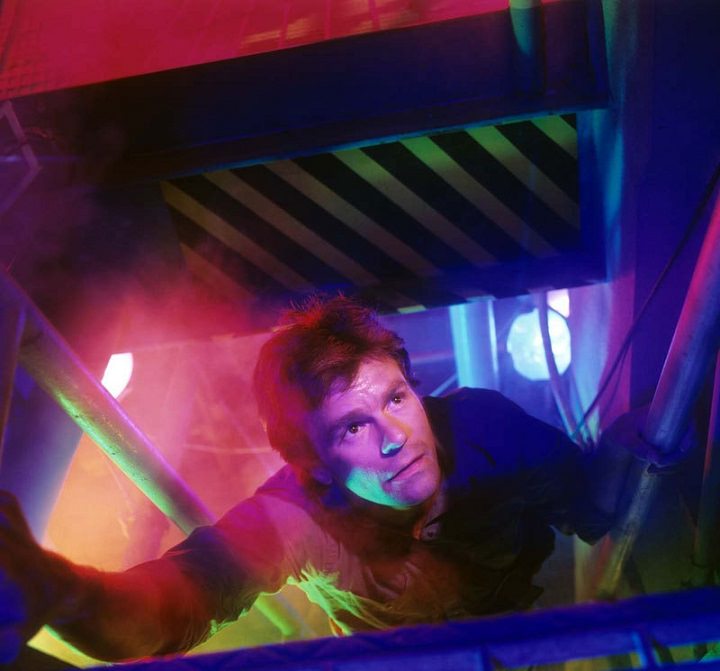 If you watch Partners (a 1987 episode), you will find that the character of Murdoc inspired Heath Ledger’s Joker in The Dark Knight. There are many fans of MacGyver who were disappointed by the fact that it became an after school special in season 5 and onwards. Like many fans, I preferred MacGyver when it was a combination of James Bond and Indiana Jones. After that, it became like Mister Rogers. ABC invented the after school special, so it only was natural that MacGyver would end up becoming one. No copyright clearance necessary. This makeover wasn’t necessary since CBS were already doing something similar with the CBS Schoolbreak Special.

Ironically, MacGyver should have aired on CBS like the new MacGyver series. The most blatant example of preaching was Lesson in Evil (a 1990 episode). It feels like the producers wanted to teach kids the importance of mathematics by making it fun and having MacGyver regret that he never paid much attention to it at school, although you would think that being an expert in science would require some degree of knowledge in that area. MacGyver became cheesy (or cheesier or even cheesiest depending on how cynical that you are) when the producers decided to pointlessly change the opening title sequence by remaking shots from earlier seasons. 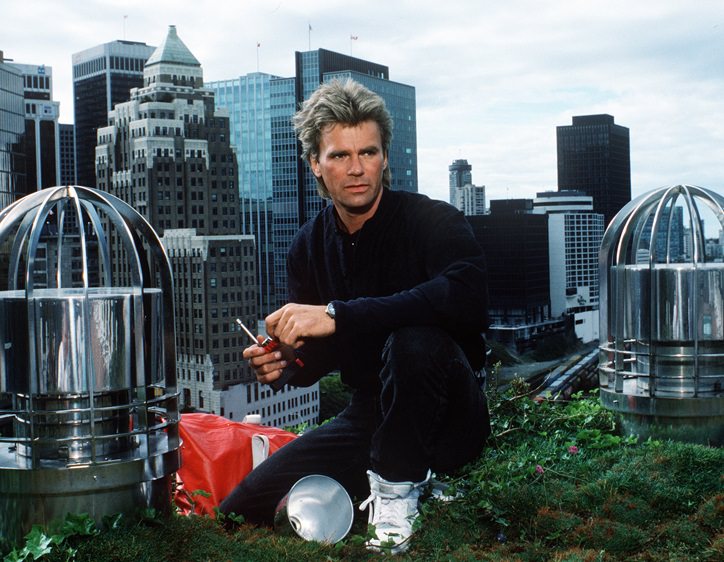 Zarya (an episode of Northern Exposure) and Washington Holiday (an episode of JAG) had stunt casting i.e. two British MacGyver villains in the same episode (Michael Des Barres and Christopher Neame). Hind-sight (a MacGyver episode) is the most charming example of a clip show because it’s so touching. It was based on Dana Elcar’s condition. The clip show was still disappointing because they didn’t show a clip from The Negotiator (where MacGyver was temporarily blind). As I was watching MacGyver one time, I was thinking about The Walking Dead prior to when the episode’s title came on i.e. Walking Dead (1991). A startling coincidence if not serendipity.

The character of Jack Dalton was named after Mack Dalton, one of the bad guys in a 1984 episode of The A-Team (the episode was titled In Plane Sight). After a Google search, I found out that Nevada Beach’s Waiting for an Angel was the boombox song in Jerico Games (another 1991 episode). The chorus hook is derivative of a Marvin Gaye song titled I Heard It Through The Grapevine (1968). In Black Widower (a 1992 episode of The Simpsons), Sideshow Bob said that Richard Dean Anderson wasn’t much of an actor as MacGyver. This was referencing his undercover alias – a nerd by the name of Dexter Filmore. I’m surprised that R.D.A. (Richard Dean Anderson) agreed to guest on The Simpsons, although it did take him many years to warm up to the idea. 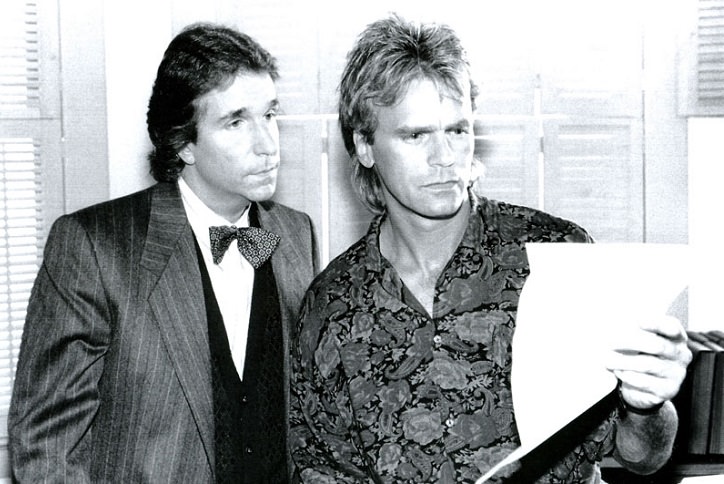 The inclusion of the red-capped Roy in a season 8 episode of The Simpsons (The Itchy & Scratchy & Poochie Show) makes me think that it was a reference to the 1989 (season 5) inclusion of Wilt Bozer (a new character is meant to boost ratings). Ironically, Wilt became the black sidekick in the reboot. In the original series, Wilt wasn’t really much of a regular. Wilt was added because of Mission: Impossible being revived in 1988. The revival was short-lived. It got cancelled in 1990 because Angus MacGyver was essentially the IMF (Impossible Mission Force) all in one. The revival wasn’t ground-breaking like MacGyver. Besides technological innovations, MacGyver was known for having many episodes where we don’t see recurring characters. Usually, he’s the only familiar face.