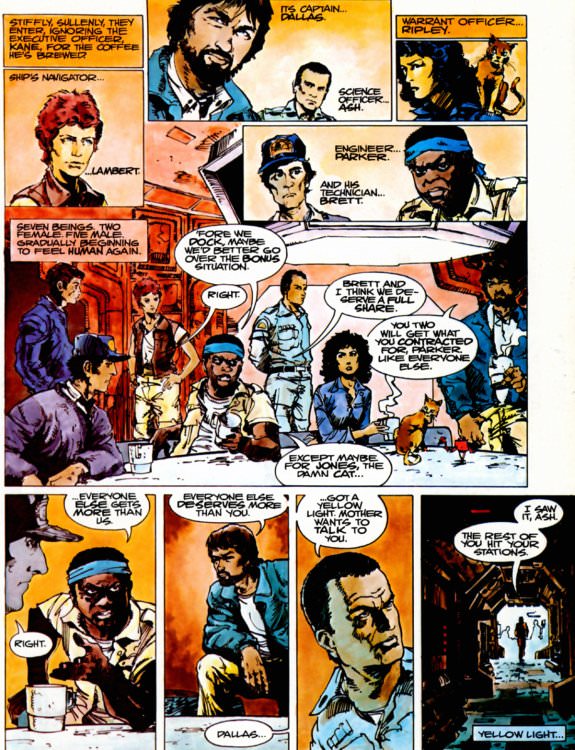 The subversion of expectations is important for any franchise (such as Friday the 13th or A Nightmare on Elm Street) to exist over a series of decades. For instance, Kyle Reese sacrificed himself in The Terminator prior to the T-800 sacrificing itself in Terminator 2: Judgment Day before what should have been the ultimate sacrifice of John Connor in Terminator: Salvation. Unfortunately, the producers got too greedy about wanting John to have his own series of movies. It backfired. Terminator Genisys also made a major misstep in Sarah not being the sacrificial lamb. Alas, the producers sacrificed artistic integrity because they thought that they would be sacrificing any chances of the movie being a hit.

Trilogies tend to be the best franchises because stories tend to get repetitive after the threequels. Alien 3 would have been better had it stuck to the original idea of exploring why the Weyland-Yutani Corporation wants to use the aliens as a military strategy. The only good thing to come from Alien 3 in its current form is how Ripley finds herself again in a situation which concerns the fear of rape. There is an unintended formula for a trilogy which is best personified via Sam Raimi. His Spider-Man trilogy has the same progression of quality progression as his Evil Dead trilogy (solid first, superior second and subpar third). This also reflects the mountain-climbing quality of the original Star Wars trilogy and Christopher Nolan’s Batman trilogy (otherwise known as decent, better and worse). 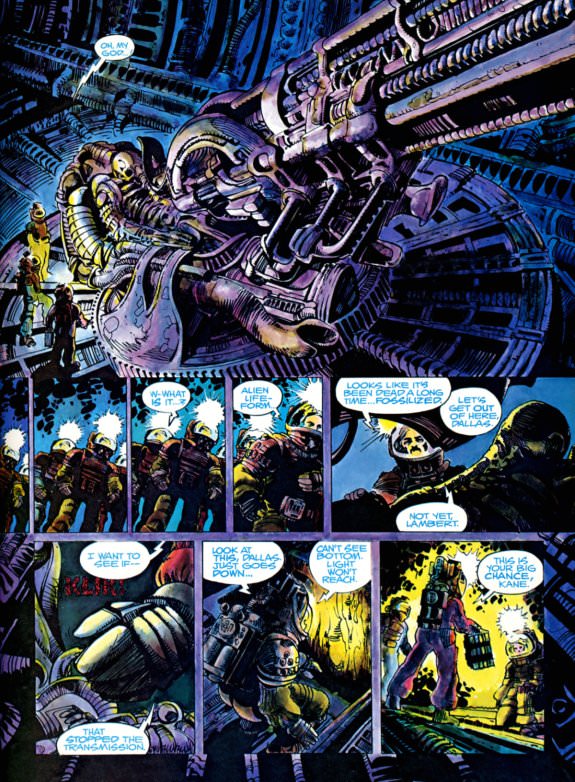 The Evil Dead trilogy is similar to the Back to the Future trilogy in that the next movie was more silly than the last one. The second movies begin with a brief backstory that is a needless reconstruction. The third movies share a similar premise about going back in time to a pre-modern era. I still think that the Evil Dead threequel should have been called The Medieval Dead. Army of Darkness suggests an epic war film with serious horror. The difference between horror and science-fiction is that an open ending in the former is not so much foreshadowing of a sequel as it is a way to subvert the happy Hollywood ending.

The Alien franchise should really have been a trilogy because the fourquel is the most illogical sequel of all time. Having it as a trilogy means that David Fincher would have been even more vilified for making the worst film of the series, since you have to suspend your disbelief for the opening credit sequence. The most fascinating thing about the fourquel is that it’s reminiscent of the pendulum swing which plagued the original Star Trek series i.e. the odd-numbered films are this way whereas the even ones are that way. The release order of horror, action, horror and action means that Alien vs. Predator should have been more of an R-rated horror film than a PG-13 action movie. 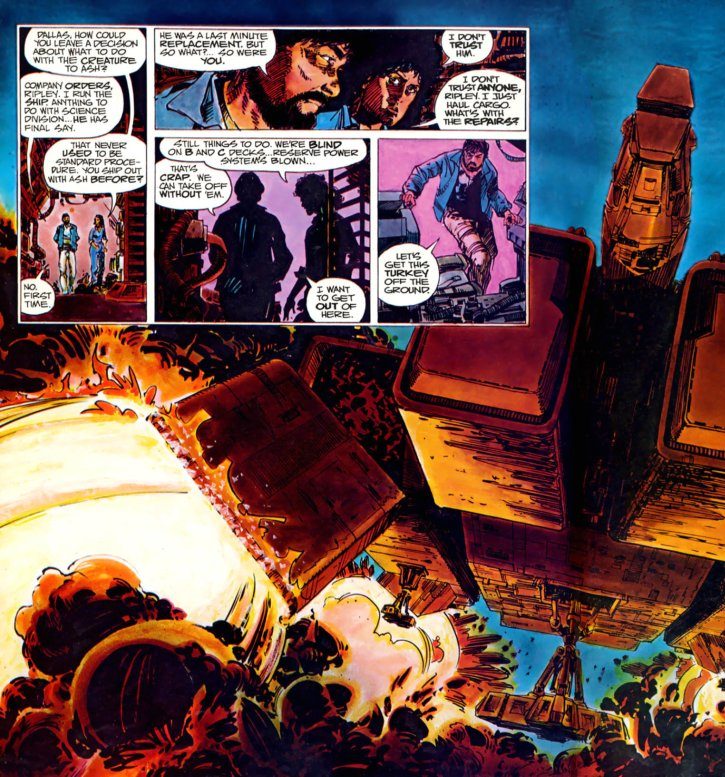 After this crossover, the makers behind the Alien franchise should have explored how different types of animals can become hosts that result in more varied types of xenomorphs. The success of the crossover movie along with Freddy vs. Jason should have been enough to spearhead an adaptation of a computer game titled RoboCop Versus The Terminator. Similarly, if Arnold Schwarzenegger hadn’t chickened out on Blackie Lawless playing the the T-1000 because of his height then Terminator 2 would have been like Godzilla versus King Kong as opposed to Godzilla versus Donkey Kong.

It’s not a coincidence that James Cameron decided that subverting expectations in the first sequels to Alien and Terminator 2 (which should have been titled Terminators) would consist of having the damsel in distress become more of a heroine whose only feminine trait is being a mother. In Aliens, the element that was subverted was the android being an ally instead of a traitor. T2 subverts the previous movie’s antagonist by having him be a hero. What would have benefited the film would be if they stuck to the original intention of Michael Biehn playing the T-1000. This would have elevated the movie to a position of being seen as an influence on Face/Off, which was originally supposed to be a Sci-Fi movie. 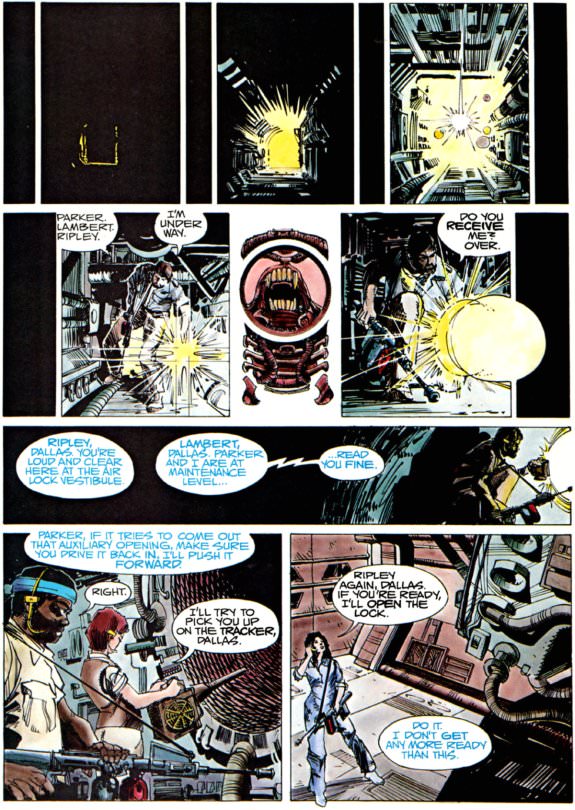 Amusingly, Superman III has a plot point where the hero is the villain whereas The Temple of Doom has Indiana Jones pretend to be a villain. RoboCop 2 had a plot point where a criminal’s brain was used for the latest police prototype but the villain is never converted, so he makes the police force look more corrupt (thus ensuring that the social commentary of the first movie hasn’t been quelled). Alien and The Terminator owed more to the slasher genres than the Rambo adrenaline rush of the sequels. Like Dreadnaught (a martial arts slasher which inspired a Chuck Norris film titled Silent Rage), The Terminator had the potential to be a perfect balance of action and slasher.

People must have broken some mirrors, because it would take seven years for Alien and The Terminator to have sequels financed. Given the budget to income ratio, it feels like more of a failure for Alien to not have a sequel. However, it was an artistic benefit that helped to put emphasis on Ripley being asleep for a period of years. The Terminator could have been an August release, but that’s usually seen as the depo month for movies which are best described as near-blockbusters. This sometimes backfires because studios are looking to open their movie on weekends where there are no other movies going after their demographic. Having The Terminator with an R rating being released in October (1984) was better than having Alien with an X rating released in June (1979). 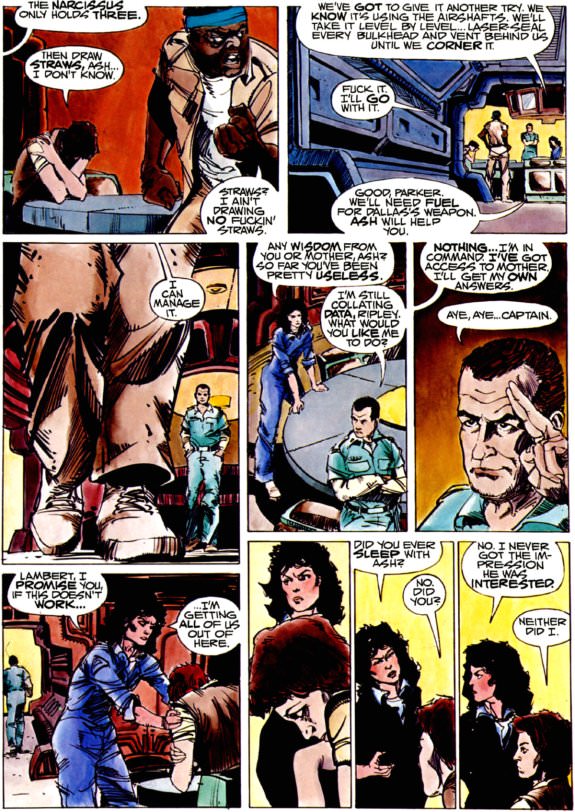 Many fans know that O.J. Simpson was close to playing the titular character in The Terminator, since the Orion studio wanted him. Had the studio been more insistent, it would have been comparable to how a black guy also played the titular creature in Alien. Without Simpson, you could still compare Alien to Star Wars in how a black guy played the villain (albeit with James Earl Jones only delivering a vocal performance in Star Wars). Given what we know about Simpson, it’s ironic that James Cameron didn’t think that he would be believable as a killer. Many people like to dismiss Arnold Schwarzenegger by saying that anyone could have played the role, but his voice has a mechanical quality to it.

Unlike Steven Spielberg’s Jaws, it took too long to get to the titular creature in Alien. At 117 minutes, the movie has so many needless moments that could have been sacrificed for scenes that were deleted. Too much of the first act drags, regardless of what could be said about the slow pace being contrasted with the fast pace of the final act. Spielberg would repeat his pacing tactic for Jurassic Park, which was originally scripted to have the first encounter with a dinosaur be similar to H.R. Giger’s alien in terms of blending in with the scenery (although that only happened in the final act of Alien). In the original script of Jurassic Park, the protagonists were in a dense forest where they mistook dinosaur legs for tree trunks. 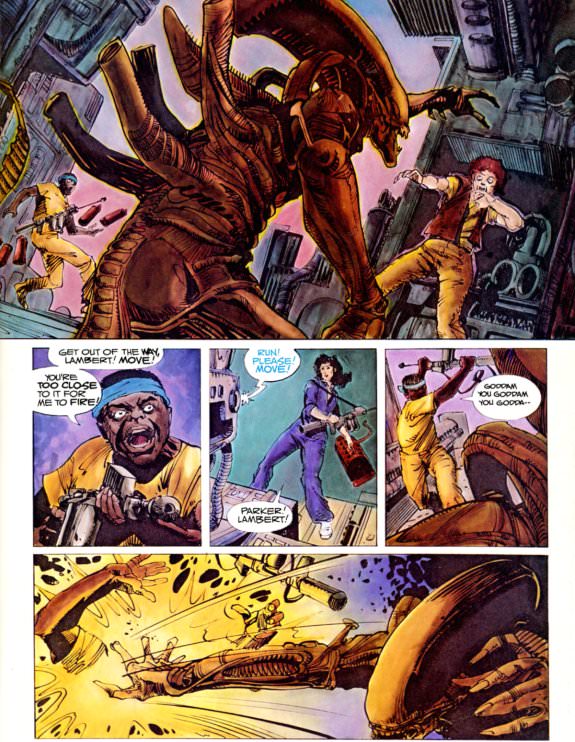 Spielberg was smart enough to realize that having Charlton Heston as the star of Jaws would turn the movie into a joke following the bigger disaster movies which he was in. Even if Jaws was his first disaster movie, it would result in two economic problems – his salary taking up too much of the budget and there would be no guarantee that he would return for the sequel. By hiring Roy Schneider, Spielberg proved that you don’t need the biggest of stars for the biggest of hits – something that would foreshadow the hire of Harrison Ford for the role of Indiana Jones in Raiders of the Lost Ark.

It helped tremendously that George Lucas was one of the producers and writers. Despite his self-indulgent nature regarding wanting to perfect the original Star Wars trilogy, he told Spielberg that trying to make a perfect movie is the formula for going broke. Cinema is meant to be less about perfection than magic, since cost-effective film-making is about deception. Spielberg wanted more character development versus Lucas wanting a faster pace. Lucas won in the long run because the movie cost less than Close Encounters of the Third Kind but earned more money. Spielberg wasn’t too bitter, because he hired Lucas to oversee the post-production on Jurassic Park while he was overseeing the preparation of Schindler’s List. 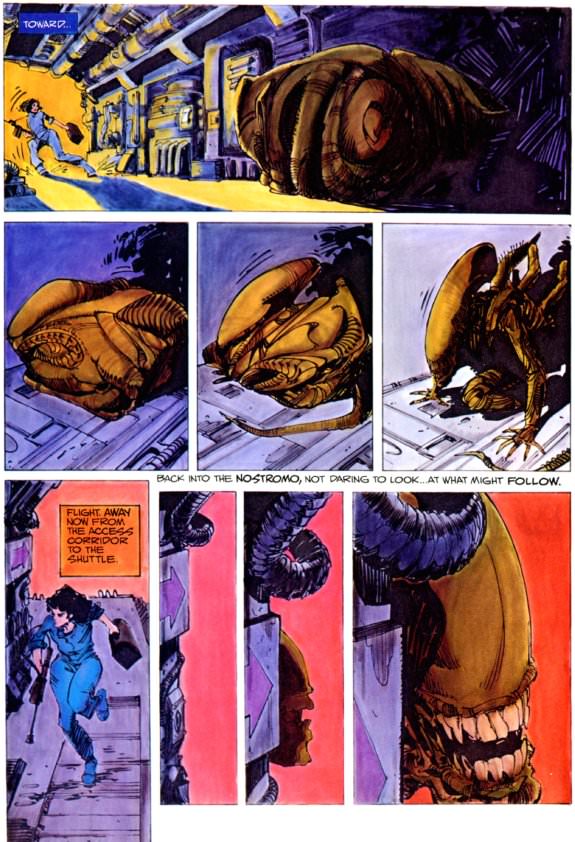 Most people will tell you that threequels are the worst part of any trilogy e.g. Return of the Jedi and The Last Crusade. Spielberg, however, thinks less of first sequels or what he refers to as the little dip in quality (when he compared Back to the Future Part II with The Temple of Doom). He doesn’t like dark films that much, so it’s probable that he doesn’t share fan preferences such as The Empire Strikes Back or The Dark Knight as much as the other installments. To his credit, he did serve some sort of directorial capacity on Star Wars: Episode III – Revenge of the Sith. Lucas gets criticized for making movies designed to create kid-friendly merchandise, but he saw it as an opportunity to have his own film studio (one that has actually helped other film-makers).

Lucas wanted Spielberg, Ron Howard and Martin Scorsese to direct the Star Wars prequels, but he was told to direct them instead. Having different directors helped offset expectations on the first five Mission: Impossible movies. Conversely, the original Batman movie series suffered from having different directors. Given how the sequels had two villains per movie, Batman could have done with having Julian Sands play a version of Cluemaster who competes for the attention of the media and Batman. Seeing Sands in Warlock made me think of this.