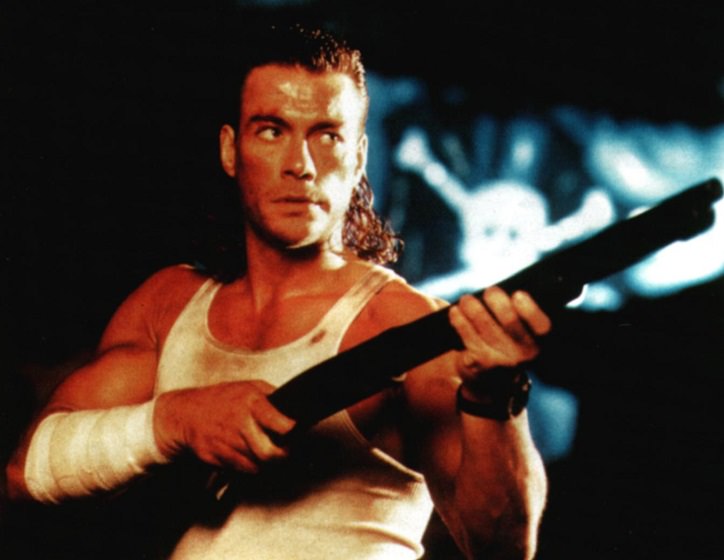 If I was in charge of the Australian distribution, that’s what I would have titled it as. In retrospect, the titles of two 1993 martial arts/action movies featuring Lance Henriksen suit the other i.e. Jean-Claude Van Damme’s Hard Target and Excessive Force starring the also long-haired Thomas Ian Griffith. If Daniel Day-Lewis had been the anti-heroic protagonist of Hard Target, people would not have been as harsh. A similar opinion had been expressed about Nicolas Cage. It is an unusual martial arts film because the hero doesn’t fight a martial arts expert. The original version had no final fight. It’s ironic that John Woo’s first movie as a Hollywood director has better action than his future Hollywood movies even though he was a neophyte to the union system. In a 2012 article about JCVD on Ain’t It Cool News, Jean-Claude expressed a brief dissatisfaction. He told Spin magazine in 1995: “Great director, poor script.” 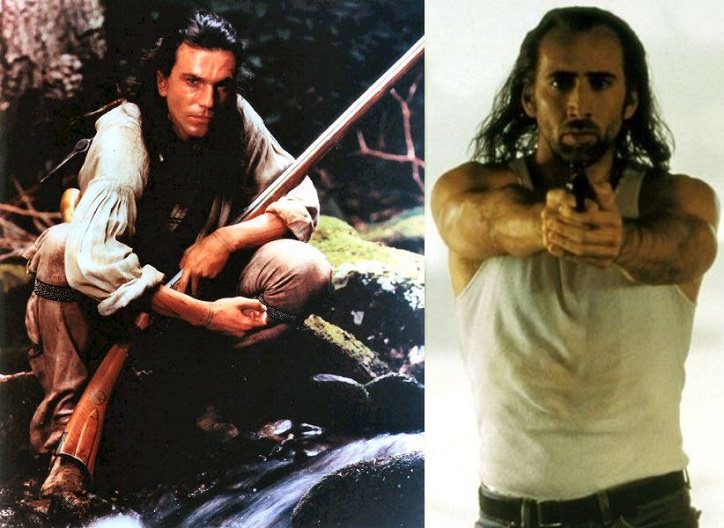 There is a misbelief that Woo wanted Kurt Russell from the beginning. What happened was this – JCVD invited John to direct. Things got bad. John wanted Kurt to replace him, but he was unavailable. Had Kurt Russell been the star, he would still have made demands (as what happened with John Travolta and Christian Slater during the making of Broken Arrow). The difference is that the acting would have been better, but we wouldn’t have the creative mixture of martial arts with gunplay or a scene involving a helicopter chasing the hero on horseback (the scheduled boat chase was never going to be filmed because of a budget cut regardless of what JCVD personally preferred). If not for JCVD’s refusal, Hard Target would have got a flashback where Emil and Pik met while fighting with the foreign legion in Africa. JCVD tried too hard to be macho (e.g. punching the snake and flexing his muscles to strengthen the grenade whip).

The reshoot makes me think about what if Julian Sands had not rejected the chance to play the villain in Fist of the North Star. Sands would need to have trained to play a martial artist who fights Gary Daniels. Back to Woo, he wanted Detective Mitchell to be on par with Chance (foreshadowing Broken Arrow) but both JCVD and the studio demoted her. As a housewarming gift, the male bonding of his H.K. movies is transposed to the antagonists. The blow was softened. Watching Mission: Impossible II makes me think that it was JCVD who Tom Cruise was trying to rival instead of Jackie Chan. After all, there is a video recital scene in Minority Report that is similar to the one in Timecop. What unites both stars is that it was only in the late nineties that they got into the sequel business. In any event, what Woo said about post-production on Hard Target is applicable to the Ethan Hunt sequel: “My work is like my child. If too many things are cut, it’s like cutting my own flesh.” 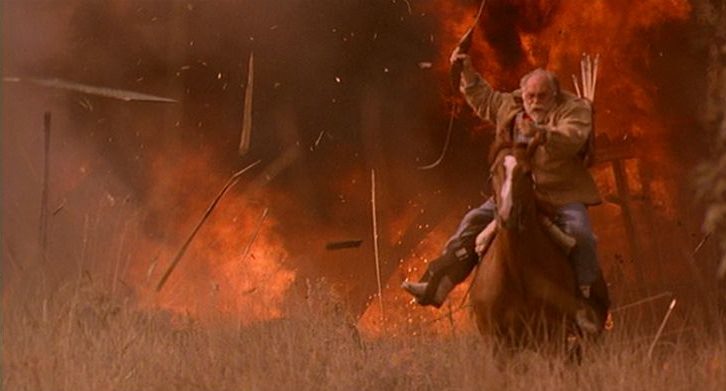 Although the shootouts are no more harsh than those in RoboCop, they were truncated because they may inspire trigger-happiness. Jackie didn’t think that the movie was very good. He claimed that it was to do with JCVD’s behind-the-scenes work. Speaking of Jackie, the scene in Hard Target where JCVD slightly casts aside his trenchcoat to show his kicking leg reminds me of what was seen in Jackie’s Dragon Fist (1978). After being curious as to why JCVD worked with Tsui Hark and Ringo Lam, I found out that it was because of The Twin Dragons (which was sold to him as a Chinese version of Double Impact). Hard Target brings out a critic in Tsui: “Woo could’ve done a better job with the material. I’m curious as to why it turned out the way that it did.”

James Jacks, the main producer, confirmed that Hard Target was always a JCVD vehicle before Woo was brought in. The Universal studio chairman, Tom Pollock, saw Woo’s The Killer because of Quentin Tarantino personally screening it for him. Tom told Jim that he liked Woo’s action directing and would accept him to come on board if JCVD approved (the script was actually commissioned for him). Jim and Sam Raimi (one of the executive producers) wanted Woo to do an action drama whereas the studio just wanted an action movie where the hero is not allowed to cry or have flaws. The finished product still manages to have a heart. Jim had this to say in Kenneth Hall’s book about Woo: “Hard Target really shouldn’t have been somebody like Jean-Claude.” 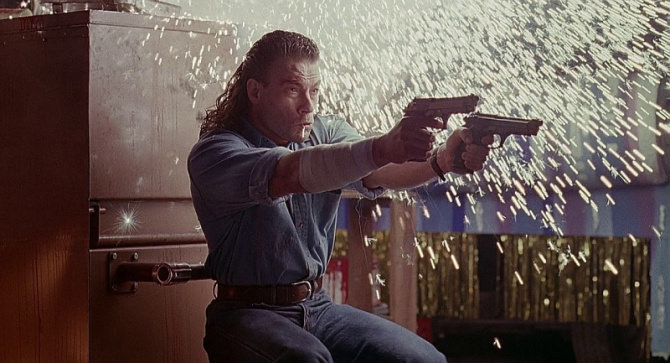 People who blame Woo or the writer (Chuck Pfarrer) should blame the leading man, who demanded script revisions that would jarringly give him more range as a serious actor while still casting him in a heroic light. In 1992, Arnold Vosloo played John the Baptist in a play titled Salome, which featured Al Pacino. Woo attended one of those performances and cast Arnold as a result. In an online interview, Arnold summarized JCVD with a foul four letter word. He justified it in a book interview (the Kenneth Hall one): “I felt very bad for John because Jean-Claude was such a monster to work with.”

Here is what Kenneth had to type about it: “The screenwriter had Armand Assante in mind when he created the role. Assante’s more intense screen personality and the sinister undercurrent perceptible in his work would have fit quite well with Henriksen’s own qualities. The film would have worked better dramatically with a less straight-ahead action hero in the lead. Hard Target would have been much more of a John Woo film if a completely anti-heroic actor had been cast in the Chance role. The reason for this is that Henriksen’s villain, Fouchon, is much closer to Woo’s ideal conception of an elegant, complex criminal than the one-dimensional criminals in Woo’s H.K. films. A pairing of two opposed types – Chance as an anti-heroic or somewhat villainous hero, and Fouchon as a somewhat heroic (tragic) villain – might even have given Woo the chemistry he has always sought.” 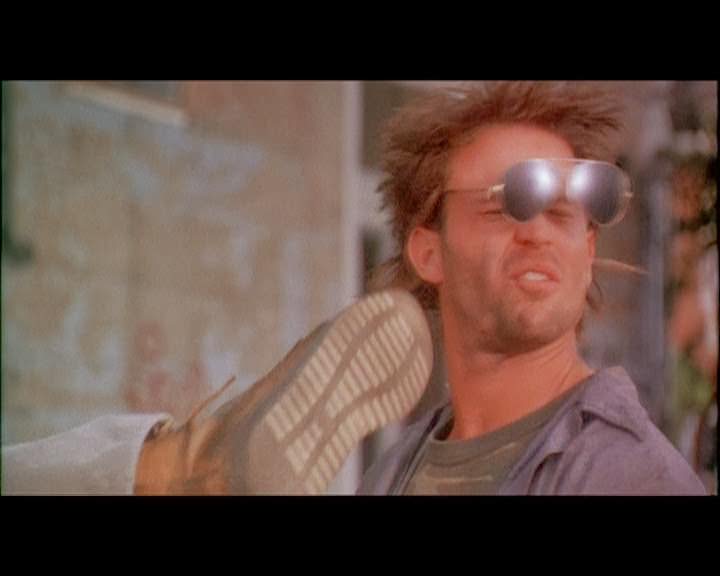 In an online interview, Arnold said: “John would call Jean-Claude to show what he wanted to do, and Jean-Claude would say, ‘Let him do whatever, I’m on the phone’ – which he was, most of the time. So John sets up the shot, lays 30 yards of tracks, Jean-Claude’s going to run next to the track and shoot the gun. Takes three hours to set up. Out comes Jean-Claude, who says, ‘Why are we doing it this way? Why don’t they run on the other side of the track?’ He really thought he could act, but he can’t at all. I’m thinking – Does this guy know how lucky he is to be working with John Woo? He’s the pre-eminent pure action director in the world, and this guy is telling him what to do.”

It doesn’t end there: “John Woo was a pleasure but, while I hate speaking badly about anyone, I don’t have anything good to say about Jean-Claude. It’s a good movie, and I’m proud of what Lance and I did as the bad guys. At a screening, a Universal exec said that he loved the two bad guys so much that he felt like putting up money just so that we could continue their story. I will go on the record as saying that the fact that Jean-Claude was the star hurt John more than it helped him. If he had somebody who was more willing to be a player as opposed to a star, it would have been a far better film.” 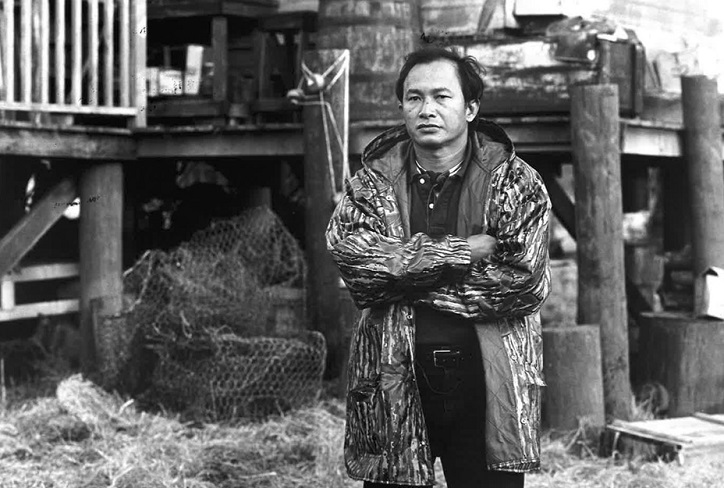 In a 1988 episode of The Equalizer (titled Day of the Covenant), Mickey Kostmayer (as played by Keith Szarabajka) refers to a police station as a hard target (“I think that a police station is considered a hard target in wartime”). As for why I’m bringing it up here, it’s not because of how the police in John Woo’s movie are on strike. It’s because an actress in the episode would later appear in Hard Target. Her name is Kasi Lemmons. She played the detective. Another surprising fact: the name of JCVD’s character, Chance, was seemingly inspired by the surname of a character in a comic book titled Human Target. This would later form the basis of an American TV series, so maybe Chuck Pfarrer, Woo and JCVD would have been better served had they adapted Human Target instead.

A writer for Hong Kong Film Connection told Woo that JCVD complained about the movie failing to make him as popular as Arnold Schwarzenegger. Woo told the magazine writer that the timing wasn’t right and that there was another reason which he refused to say. It’s possible that Woo thought that the Belgian wasn’t as masculine as the Austrian in terms of both build and hair style. Regardless, Hard Target is memorable for having the best action in Hollywood. The reason why the action is so good is because it was a non-union production, according to Terrence Chang – Woo’s manager. John Carpenter has the movie on a Japanese LaserDisc (vinyl-sized DVD). In the February 1995 issue of Film Threat, he complimented another Woo movie: “I like John Woo’s movies, and if you haven’t seen his film Hard-Boiled, I’d recommend it highly.”