Back in its nineties prime, The Simpsons was an edgy prime time show. On Twitter, Seth MacFarlane once tweeted that he has nothing but love for the series. The context of his tweet was that he was disagreeing with an article writer who said that Family Guy had beaten it in terms of quality. Here are some examples of adult content that was taken out of daytime airings… 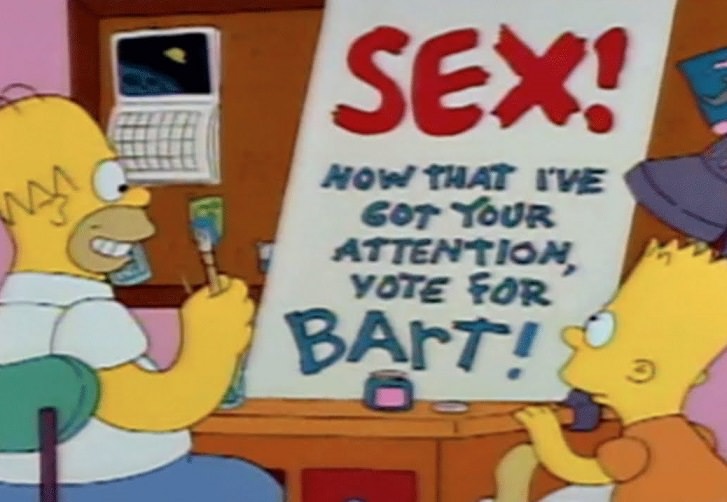 One of the Ramones said old b@$tard.

The actress who does the voice for Itchy and Scratchy said cheap b@$tards. 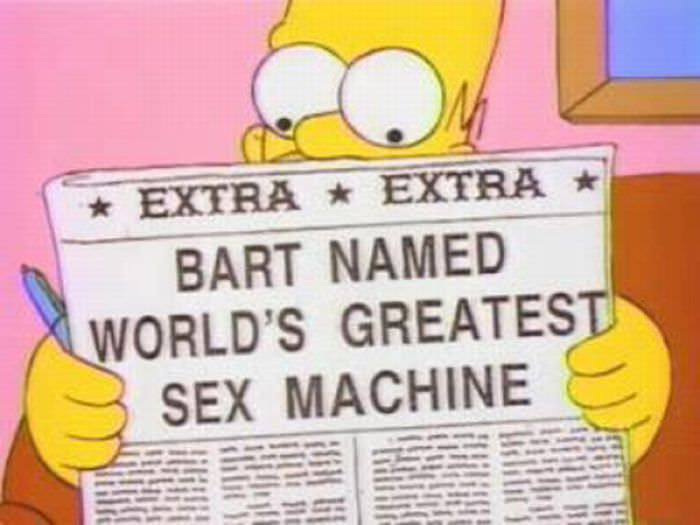 I should also point out that Mayor Quimby is another way of saying Mayor Pussy (quim is an old-fashioned vulgar saying). Actually, The Simpsons has more sexual references:

Homer confesses to being a chronic masturbator. He lies to an insurance agent by saying he was at a pornography store.

Krusty says: “If you watch my show, I will send you this book featuring me in a variety of sexually-explicit positions!”

A foster guardian named Tom says: “Bart, I could kiss you if the “Bigger Brothers” didn’t make me sign a form promising I wouldn’t.”

Bart talks about Bart Junior even though he’s talking about his pet frog. This reminds me of how a sight gag was changed in My Lucky Stars – a 1985 movie about tourists on a mission in Japan. Due to a misunderstanding with a waiter involving wanting food that looks like his penis, the dumbest member of the group is served a mushroom instead of a sausage. In the overseas prints, it was a frog.