Jean-Claude Van Damme’s movie career is strange. His breakout role was to do with being choreographed by Hong Kong movie professionals, but instead of duly capitalizing on what earned him attention, he went on to work with sub-par Westerners before only being choreographed by H.K. movie personnel when his career began to wane. An ignored example is Universal Soldier: The Return (1999). The final fight with Michael Jai White shows a suspicious leap in quality when the fight moves to a blue-lit room. The honour goes to Yuen Tak (a.k.a. Richard Hung). Enter the Dragon is proof that H.K. choreographers are better than Hollywood ones, but JCVD failed to take this into account for the few times that he choreographed his own fights. H.K. actors like Bruce Lee could get away with choreographing their own fights without looking self-indulgent. Despite the H.K. locations and talent, Kickboxer and Double Impact stand out for not making use of H.K. fight choreographers. Here are examples of JCVD movies which would have benefited from H.K. choreographers for reasons that make sense… 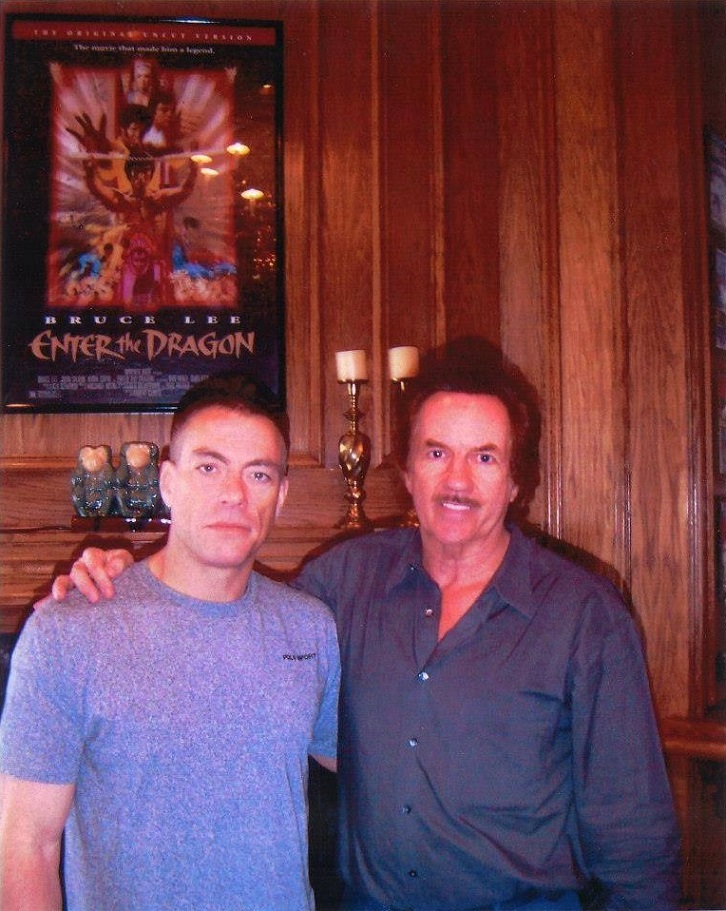 Cyborg – Before 1988, Tony Leung Siu-Hung had already shown an interest in working with Westerners (as can be seen when looking at Cynthia Rothrock and Richard Norton in Wong Jing’s Magic Crystal). As such, he really would have been the perfect choice for a movie where the martial arts action is of such an intricate nature that you don’t pay attention to the low budget of what is supposed to be a science-fiction picture (Leung got away with this challenge in the aforementioned Jing production). Tony would eventually work on American B movies.

Double Impact – Stephen Tung Wai should have been the choreographer since he had already proven to have experience in gun control on John Woo’s A Better Tomorrow and Wong Jing’s Crocodile Hunter. JCVD was already taking on enough responsibility by playing twins, but being the fight choreographer was an example of biting off more than he could chew. It’s not like Jackie Chan having his cake and eating it too in The Twin Dragons. As a funny aside, the title of the latter is derivative of a 1986 Canadian martial arts movie titled Twin Dragon Encounter. That movie succeeds with its premise because of casting actual twins. This other movie of theirs is a combination of Chuck Norris and Chucklevision.

Going by the negligible English words on the bottom half of the poster, it appears that the Japanese title of Universal Soldier was Spirit of the Future. Such a title would only have reaped maximum benefits if JCVD and Dolph Lundgren were choreographed by Tony Ching Siu-Tung i.e. the most marvelous maestro when it comes to wirework. The cyborg premise would actually have allowed for Tony’s penchant for undercranking and broken laws of gravity.

Nowhere to Run – This was an attempt at a more realistic JCVD star project with more drama. Because the fights are true streetfighting (encounters with people who are not martial artists), the fights would definitely have benefited from the powerful realism and raw emotion of Sammo Hung’s watchful eye.

Street Fighter – Contrary to the title and the previous movie, the action style would need flights of fancy but not in an excessive way like what Tony Ching did when he admirably choreographed the Chinese parody of the computer game (i.e. Wong Jing’s Future Cops). In theory, Tony was the ideal candidate. However, there is a problem – his style would have been too extreme for each of the individual fighting styles to shine through. This is why you would need someone like Corey Yuen, who would find a fine line between grounded martial arts action and flights of fantasy. This characteristic would serve him well when he was hired on X-Men.

The Quest – With this being a martial arts tournament movie involving a wide range of styles, JCVD’s job as director would have been made considerably easier when having Yuen Woo-Ping on board. To understand why this would work, look at Yuen’s work on the similarly-themed Fearless (the comeback Jet Li movie which Zhang Yimou’s Hero ought to have been).