In August of 1997, this Andy Lau film ran into a little turbulence as the director was changed without any formal explanation to the cast and crew. According to sources in Taiwan, the Hong Kong personnel returned to production with Michael Mak Dong-Git taking over the director’s chair originally occupied by Clarence Ford (Chinese name: Fok Yiu-Leung). Michael’s brother, Johnny Mak Tong-Hung, was the producer. What he failed to tell the cast, but succeeded in revealing to the press, was that Island of Greed was made intermittently (i.e. intervals) in a way that resulted in the production going seriously over budget despite only two thirds being filmed. Given the fast-paced nature of H.K. cinema, this is highly unlikely. It’s more likely that Johnny realized that Clarence’s film would rejuvenate his brother’s career which had been in a dormant state since his 1995 flop (The Train Robbers). Andy refused to comment on why there was a change of the guard. 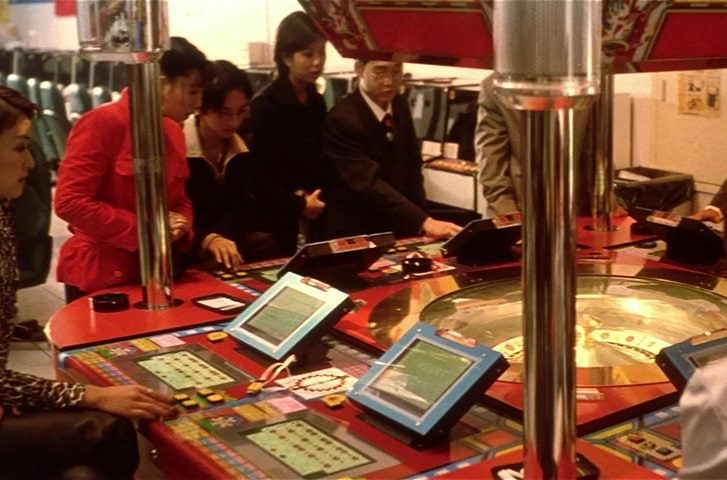 In July (the same month when H.K. was no longer a British colony), the fired one was directing in his seventh month. On the 9th, there was publicity over the fact that the Taiwanese government blocked off 12 streets and used 88 police officers to maintain order. Back home, so to speak, it wouldn’t be allowed due to peace disturbance or traffic obstruction. In Taiwan, it’s common for the government to close off a dozen streets for a film company. The reason for this is that, for years, Taiwanese investors had been investing in the H.K. film industry. For this film, Clarence had actually applied to the local government instead of filming without permits as would usually be the case in his homeland. Because Andy was contracted to the distributor, he was being paid monthly instead of being paid upfront. Production was supposed to wrap in early October, but that happened in late November. Putting pressure on the producers was that H.K. theater owners were reducing ticket prices to save the market. Andy maintained that commercial films are the true colours of the H.K. film industry.

Another change in plans was the quitting of Tony Cheung Tung-Leung. He had previously worked as cinematographer on other films featuring Andy – Drunken Master II (a supporting role that became a cameo) and Full Throttle (the lead part). Tony had nerve problems on the left side of his face, so he had to return to H.K. for treatment as soon as possible and rest for at least a few months. The crew joked that he looked like he was being possessed. With Michael instated (or should that be reinstated if he was the first choice in pre-production?), filming resumed on September 11. Back in August, Andy remarked: “There must be a reason for the change. These kinds of thing isn’t for me to decide. It may sound like it’s really good getting two extra months of pay, but actually it completely messed up my plans. I don’t even have time to do the album originally planned for an August release, so practically my loss might be even greater. I even might have to cancel my plans for a vacation in September for my birthday!” 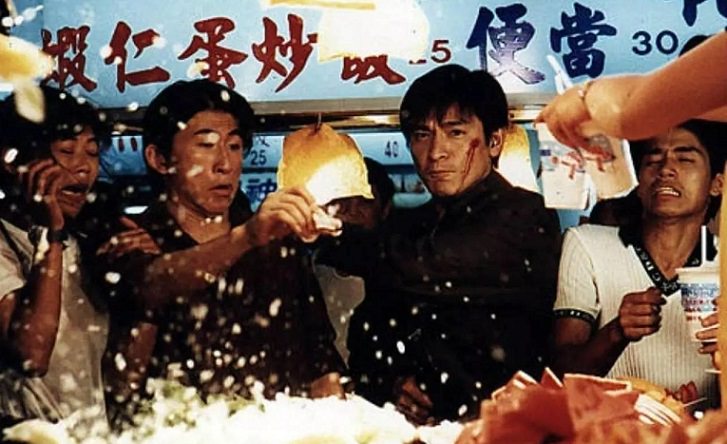 In early October, a large scale scene required four nights of shooting in Taipei. Johnny had previously spent three months negotiating with the local mob boss along with 300 local vendors. In order to make the scenes look realistic, he used over ten cameras to shoot Andy’s gunfight against the underworld from different angles. He also hired 10,000 extras to run away in between. The first and second night of the shoot went successfully. On the third night, Andy’s fans began to appear, which made the shoot much more difficult as a large number of crew members were used as bouncers. Due to the shoot, a number of vending stands were damaged. Johnny joked that he is always there to negotiate compensations. He said: “The worst part is some gang members started to make trouble in the middle of the mess, breaking spotlights and stuff. Luckily the vendor stood up and got in the way. Perhaps they saw how hard we were working and tried to speed it up for us.”

One can not underestimate the gear-shift in changing directors. Clarence is well known for making movies of a romanticized nature whereas Michael specializes in grittiness. Consideration was put into reshooting Clarence’s footage but that plan came to an end due to a limited budget and a realization that H.K. cinema is world-renowned for tone shifts within a single film. Charles Heung was the studio head, so his wife was asked to comment on the situation. She confirmed that they wouldn’t waste money doing reshoots since Clarence did a pretty good job. Charlie, on the other hand, claimed that only a minor part needed to be reshot. Reading between the lines of what Clarence has said, it would appear that this was the finale. The initial budget was H.K.$ 40 million – a figure that isn’t easy to make at the local box office. Indeed, the film grossed only 18 million at the local box office. The studio’s accountants must have fainted when they found out that the budget increased to 60 million. 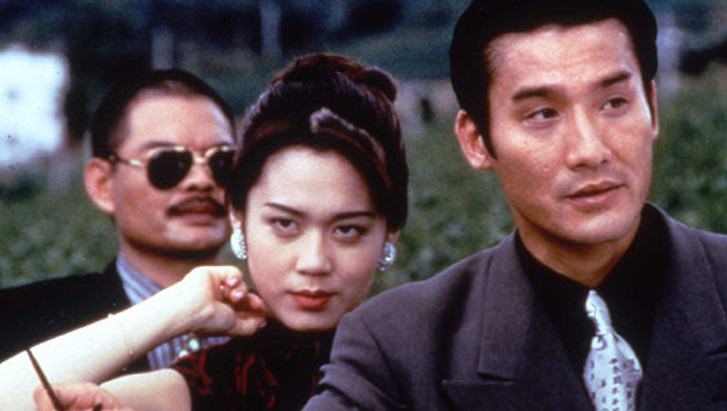 Taiwan was the salvation market. However, the Taiwanese government prohibited the police from attending the premiere. In late October (two months before it was released), the Chinese title went from being Love Loyalty to Black Gold. Days prior, the film finished a dangerous scene in a garden which used 80 dogs, 50 of which was on loan from a Taiwanese underworld figure who didn’t take a cent for the service. Previously, other producers have asked him for the dogs, but he declined them all. This time he was moved by Johnny’s sincerity. The group of dogs were all trained, but they were all tired on the third day. When the camera rolled, they even tried to escape. Andy was glad that he didn’t have to perform with the dogs. He was afraid that the dogs would die from exhaustion. Johnny predicted that the film would help land acting award nominations, but only Tony Leung Ka-Fai got nominated. Andy’s only nomination was best original film song. He knew his chances.

Johnny was disappointed because his self-declared secret weapon was Tony’s nudity. The selling point was that he surpassed his bravery in The Lover by now doing a nude scene where his character’s tattoo was displayed on (as Johnny said) important areas. While the tattooed gangster was a foregone conclusion, it was Tony’s idea to have a tattoo that was similar to the one on one of his friends. The design was a dragon and a phoenix that begin on his sides and extend to a third point on his front. It’s symbolic because Tony’s character wants to reform by becoming a politician. The nude scene was in a Taipei bath house. Michael (who gets mentioned less than Johnny for a reason) said: “His back scene will be allowed to be shown on the big screen. As for the front, that would be the producer’s decision. On the day the scene was shot, Ka Fai didn’t ask for the set to be clear. As for the dragon and phoenix tattoo, Ka Fai took 8 days before he could completely wash them off.”