The best friend on the left is Mae Whitman. The other best friend is Jane Levy. The movie tickets which Jane are holding below are for a lesbian comedy that was released in April of this year. One of the writers and stars was Alia Shawkat – a friend of Ellen Page (they were in Whip It and are attracted to women). Mae has worked with Alia many times e.g. they starred in a TV series which lasted for two seasons (State of Grace). Both were in JAG (although not together). However, Duck Butter is their latest joint. 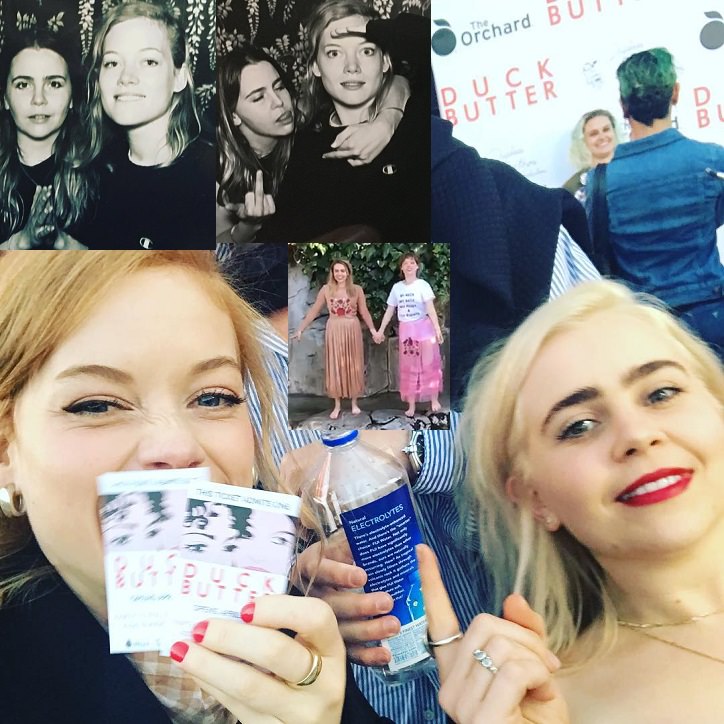 It’s surprising that Mae and Jane haven’t acted with each other outside of a 2014 episode of Suburgatory (season 3’s fifth episode titled Blame It on the Rainstick which was 8 episodes before the series came to an end). I want to show you special snapshots of their kinship (it’s more than a standard friendship) on Twitter, starting with Mae’s tweets before Jane had joined Twitter – look out for a cameo (of sorts) from Paramore frontwoman Hayley Williams. 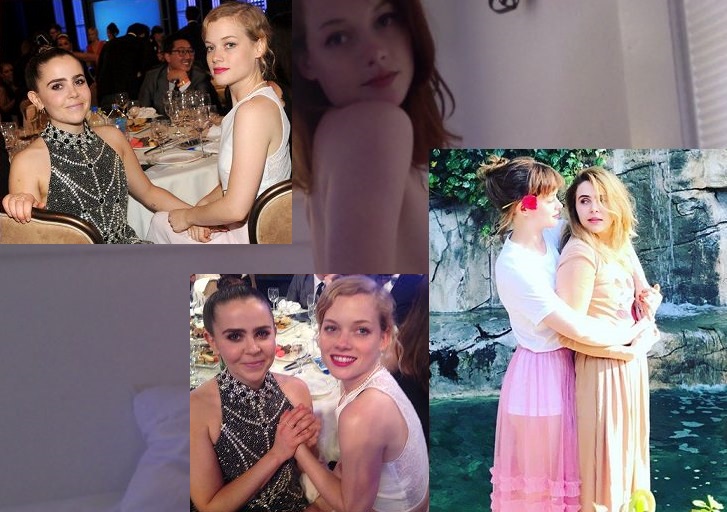 Feb 16 2013: Me and my friend Jane both have fake boyfriends named Ryan on our shows.

Mar 25 2013: “@yelyahwilliams: Evil Dead trailer keeps coming on TV and getting me all excited. Jane Levy, be my BFF?”
No because she’s mine. 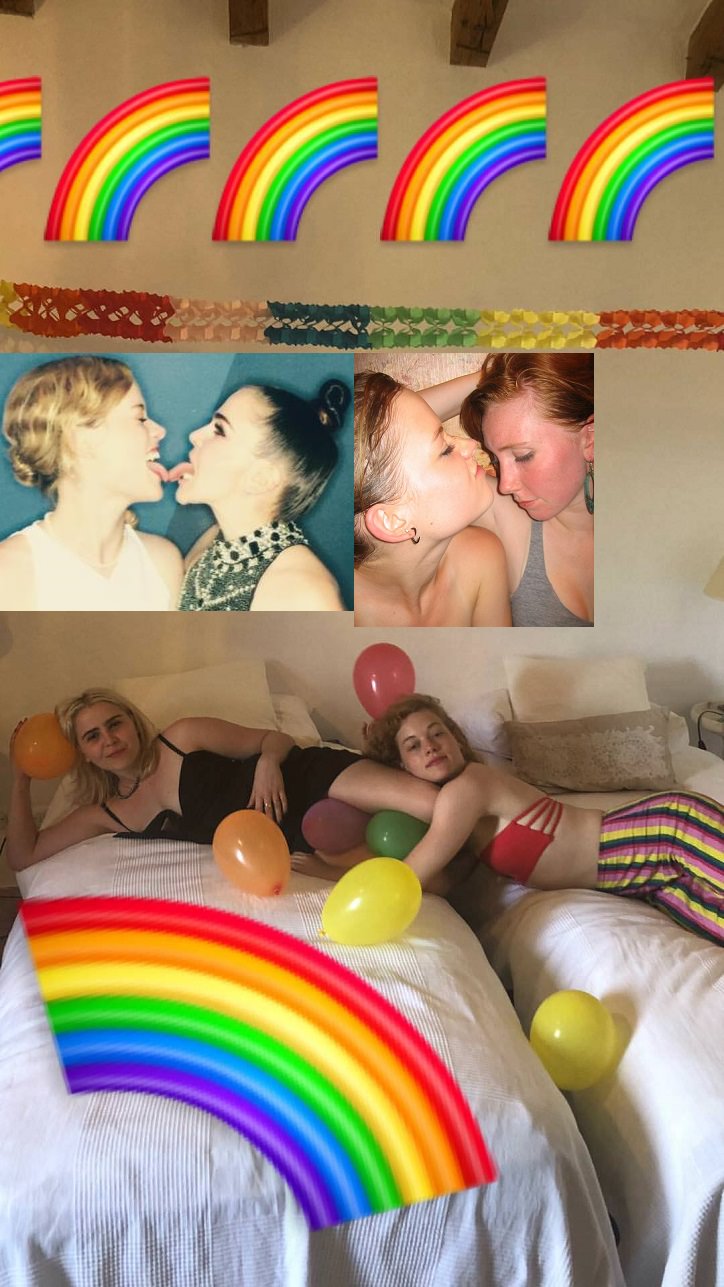 Here are Jane’s tweets where she addresses Mae…

Apr 13 2016: Day 2 of pilot in da bag.
Leaving work with lillies from my main man @maebirdwing also in my bag.

Sep 18 2016: Mae and I so sprung.
Genuinely very into Ascension Millennium.
#coreyfeldman
@maebirdwing

Oct 25 2016: “We should get nasty woman tats”
Yes but also there are two problems with this idea that I should not discuss publicly.

Sep 6 2018: Finished my first day of work on a new TV show and turns out I wore my underwear backwards the whole day and received these from my best friend in the whole world.
@maebirdwing
Feeling #blessed 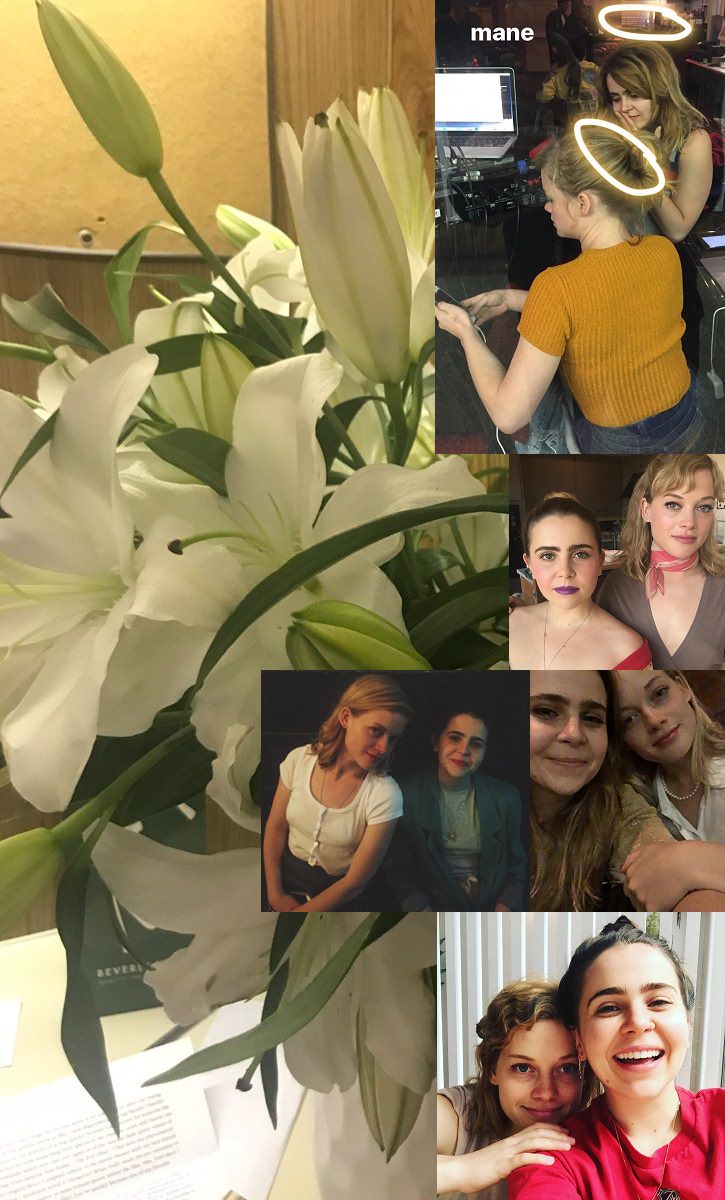 Now, it’s time for Mae’s tweets where she is conversing with Jane…

Feb 10 2017: Should we crack a nice Sangiovese, throw down a blanket and just f#ckin’ relish in it or what?

Later on that day: “@jcolburnlevy: black magic woman?”
Let’s start at “smooth” and work our way back. 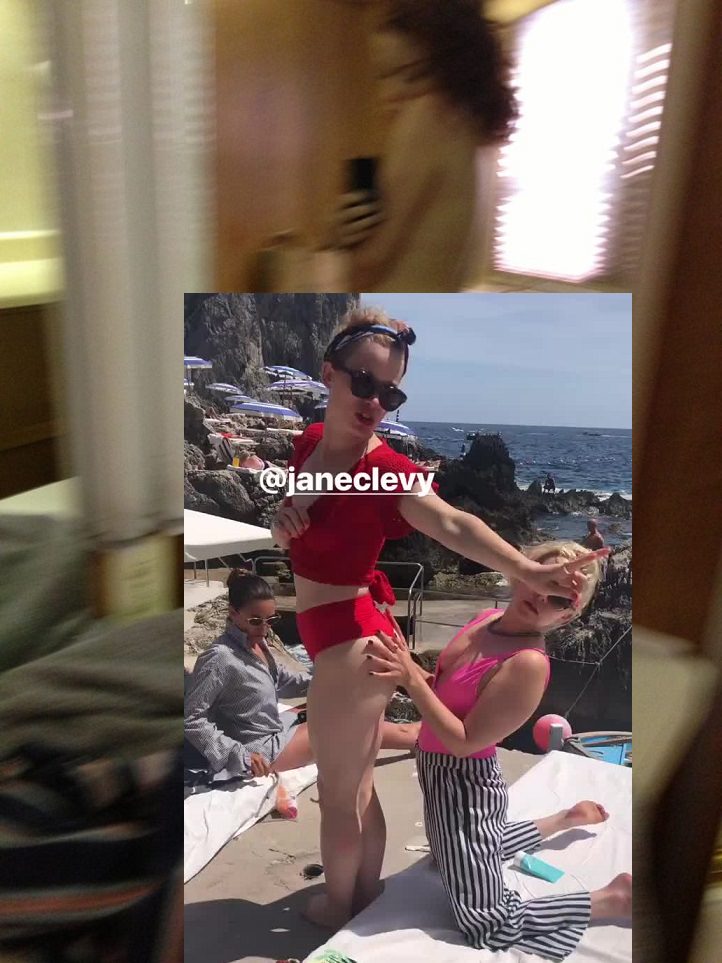 Feb 1 2018: Fuggin can’t wait for this!
Thanks to my best friend @jcolburnlevy for hand-tailoring this exact perfect TV show to suit my needs.

Jun 9 2018: Last night, @jcolburnlevy was like omg it’s so cute do you snore a little;
and I was like uhhh nah I do not dog,
but inside I was of course a little nervous and now on the eve of my very b’day?
She’s SNOR-ING!!!
In bed next to me, just needed to be able to prove it to her tomorrow.

Trivia: One of my projects (a college sports movie based on one of my novels) already had these two in the desired cast list, so now I’m going to have to rewrite it so that they can have more interplay.