This was the title that Columbia Tri-Star chose when they released this 1998 Jet Li movie on DVD in 2002’s New Year’s Day. He was on a roll in 2001 with Kiss of the Dragon being a summer release, and the winter release of The One. Even though Hitman was the original English title, the Chinese title is King of Killers. This movie is actually Jet’s second-best modern Hong Kong movie after High Risk. There’s the mystery of the masked assassin, the delicacy of the light romance, the realism of the fights, and the inspired pairing of Eric Tsang alongside Jet – a winning mixture that hasn’t been used more. In a way, I wish that they became a comedy pair as prolific as Stephen Chow paired up with Ng Man-Tat. It’s sad because this would end up being Jet’s last H.K. movie until Badges of Fury in 2013. For all the talk about Eric’s interplay with Jet being like Bud Abbott having to put up with Lou Costello, off-camera chemistry took four days to form because of Jet being introverted. 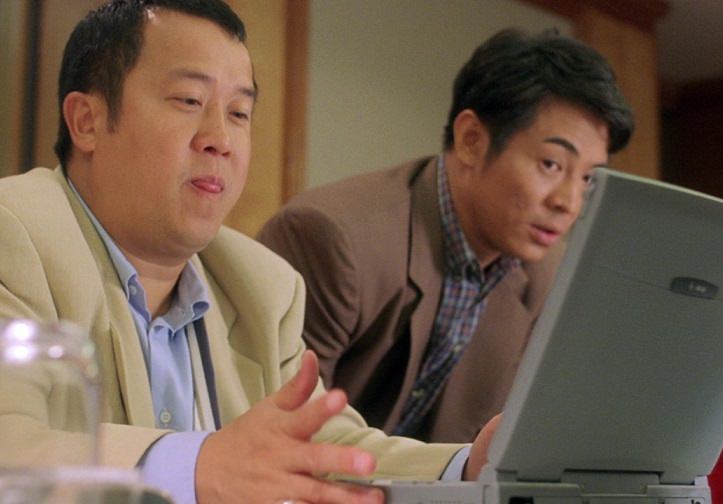 Hitman beginning filming on September 17 in 1997. To put this into perspective, Jet had supposedly rejected the chance to co-star in Knock Off because of Lethal Weapon 4. It should be pointed out that the Jean-Claude Van Damme movie was completed in July of that year. Eric felt that Jet was the shyest yet best-behaved fighting star that he has ever met. Jet was actually wary of Eric because he had heard that he was always late to work on past movies, but a few days of working together led to a discovery that Eric is punctual. When the two weren’t involved in a scene, they would examine the merits and flaws of films as well as the mentality of older film-makers. Jet admitted to the press that he is usually quieter on film sets because it’s better to keep an eye on things that are happening. You tend to get the best idea of what someone is like when you don’t talk to them. Also, he said: “When I was first approached with my first film, The Shaolin Temple, they already felt I was mature for my age.”

According to Stephen Tung (the director and fight choreographer who played the teenage disciple of Bruce Lee in Enter the Dragon), Jet and Gigi Lai’s relationship in the movie is lightly written. Initially, that part didn’t exist but there was a necessity to stop his soldier character from being overly hard. The use of props and interaction with the sets gave a Jackie Chan flavour to the fights. While Eric gets to have a go in the action department, Stephen said that it shouldn’t be a surprise since Eric used to be a stuntman. As a tribute to Leon (a.k.a. The Professional), the movie was originally going to be shot in Paris. This would’ve been a wonderful way to foreshadow the aforementioned Kiss of the Dragon. Time wouldn’t allow it. Too bad, because a Parisian setting would’ve made the movie gross more than H.K.$ 10 million (adequate success but nothing to write home about). When asked about the production cost, Stephen told the reporters to ask the producer – Gordon Chan (the director for Fist of Legend).

Gordon declined to reveal the production budget. He pointed out that a film’s quality isn’t measured by its budget. He hoped that the audience won’t use the budget as a consumer’s guide, which is very unfair to movies. Gordon surprised the reporters becuase he had a beard. He told them that previously he didn’t look like an adult. He wanted to not only look more mature but meaner. He surprised me, in particular, when he said that he was mistaken for a 16-year-old when he was making films in Hollywood. After I decided to peruse the Internet Movie Database, I learned that he was an executive producer of a 1989 horror film (The Vineyard) starring James Hong and Michael Wong. Back to Eric, he couldn’t understand why Gordon had cast Gigi as his daughter. As it turns out, he has a daughter who looks somewhat like Gigi (especially the eyes). The only thing that stopped her from being cast is that she’s not an actress and she works behind the scenes. She still could’ve had a silent sister part.

The main writer, Vincent Kok, was the one who came up with the idea to have Eric and Jet in the same movie. He felt that the collective casting would add new sparks. Simon Yam (the man who put a gun to his head on the cover) plays a police officer. Yam dined with Jet before they did any scenes together. He came to the conclusion that Jet is occasionally a pretty humorous guy. In order to fit the role, he got a special tan. He joked that he played a chocolate cop. Back to the aforementioned budget, Gordon must have been self-conscious since the movie was initially going to be a Lunar New Year release (i.e. February). That meant competing against Ninth Happiness (a Leslie Cheung movie for the older generation), Young and Dangerous V (an Ekin Cheng movie for the younger generation) as well as Who Am I? (a Jackie Chan movie for everyone). It’s weird that Ninth Happiness (a Valentine’s date release) seemed intimidating. It only grossed H.K.$ 10,032,470 (slightly less than Hitman i.e. 10,296,852).