Like in October, this H.K. cinema article is a mixture of archived info from the two Pao newspapers – Ming Pao and Ta Kung Pao (which reminds me of talcum powder). I will begin by using a quote from Jackie Chan about the grip of the Triads during an interview where he was advertising Mr. Nice Guy (1997): “It was very strong before. But later on, they killed each other, that was good. But they now are gone. You know the Triads always go with quick money. No matter where the quick money is, they’ll go. Before, the Hong Kong movie was very popular, so all the Triads came in to make quick money. They sell the movie to the whole world, get like eight million back. They spend two million on the movie, so they just stick six million in the pocket. But the audience is very clever. They know what kind of movie is a rubbish movie. They never go to those movies anymore. This is why, the last couple of years, the Hong Kong movie drops. Nobody’s going to see them anymore. So this is why the Triads are gone. They moved to China and karaoke, because in China – karaoke is just coming.” 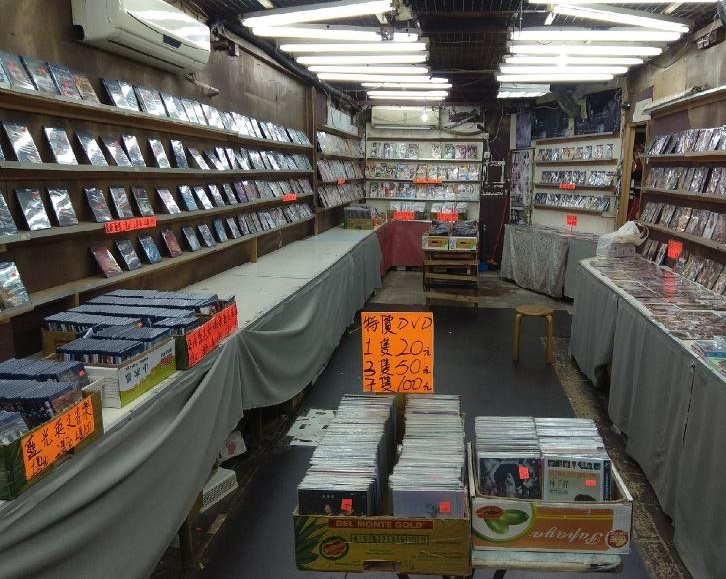 In mid-March of 1999, Simon Yam returned to H.K. from China. He noticed that Trust Me U Die (1998) had pirated versions not only in H.K. but in China as well. If the situation continued, intellectual property rights would become confusing and be deeply affected. You really have to think about how a Triad would react if their movie was being pirated by another Triad. On February 10 in 1999, it was reported that Hung Cho-Shing (the chairman of the H.K. Film association) talked about an anti-piracy press conference that was held in the previous week. The conference was notable for it was held at the U.S. consulate. At the hearing, the American consul stated that if H.K. cannot resolve the piracy problem then America will express its displeasure by applying heavy taxes on H.K. imports. Hung revealed to them that H.K. already had companies to study this problem, and hoped to prevent heavy taxes. Heavy taxes would indirectly lead to company closings and increase unemployment.

It was reported on March 22 that the entertainment industry was calling for Customs to be given the power to search shoppers and seize pirated goods.  Gordon Chan, film director, who was leading an anti-piracy alliance, believed that the proposal might be more acceptable than prosecuting and fining people who bought fake discs. It’s because of piracy that the film industry reported a loss of up to H.K.$ 4 billion in 1998. At the City Forum in Victoria Park on March 21 in 1999, Vincent Poon Yeung-Kwong (the Customs and Excise Department’s assistant commissioner) agreed that confiscation was more reasonable but only because it was difficult for a shopper to differentiate a pirated product. Customs reported 384 raids or crackdowns on pirate goods outlets or factories in 1998. 424 people were arrested. What makes Leslie’s financial failure go from sadder to saddest is that Hong Kong Customs officials on March 17 raided more than 70 shops and street stalls across the territory that sold pirated goods. They seized 350,000 discs which were worth about HK$5.3 million (U.S.$$ 683,870). Apparently, it’s wasn’t enough for the police to be arresting 37 people. 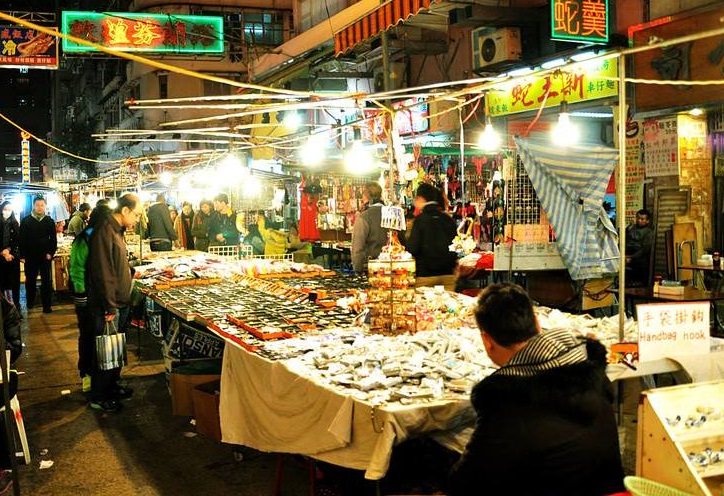 Back to the U.S. government, it removed H.K. from its watch list of countries suspected of violating intellectual property rights. The U.S. trade representative’s office said that it removed H.K. from its Special 301 watch list on February 19 because it approved of the local efforts to get tough with pirates. The H.K. government said it is considering treating the pirating of goods as an organized crime, with law enforcement officials having greater latitude in pursuing suspects. In the interim, some film producers might have been taking the law into their own hands. When a pirate video shop was firebombed, news reports suggested the culprits may have been old friends of a notorious gangster known as the Big Spender. His real name was Cheung Tze-Keung. He died in 1998 on December 5.

Before his execution, Simon Yam starred in a biopic titled Operation Billionaires. After his execution, Ray Lui starred in a biopic titled Big Spender (1999). Much to the chagrin of his former associates, the latter biopic showed up in pirated form as soon as it was released in cinemas. In the spring of 1999, the Anti-Piracy Alliance said that if the public and officials allowed the problem to persist then the H.K. would quickly become a piracy paradise. Woody Tsung Wan-Chi, chief executive of the H.K. Motion Picture Industry Association, said: “Piracy is not only hurting the Hong Kong film industry, it is destroying it. The Hong Kong film industry will disappear in one or two years unless something is done.” 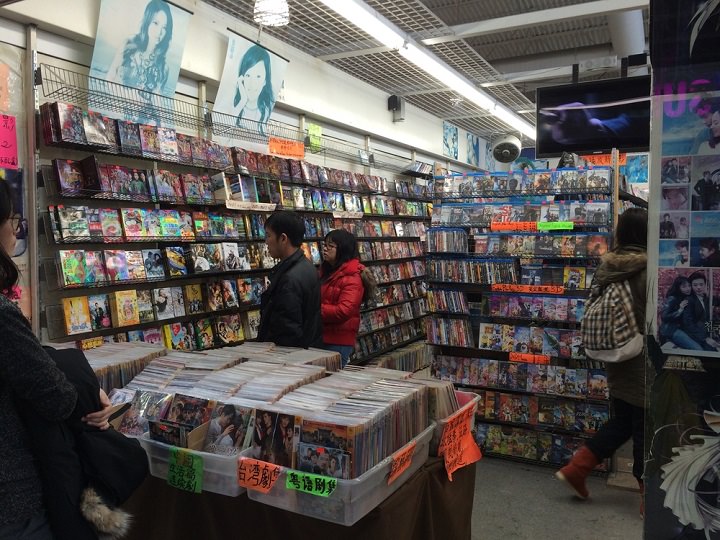 Those who participate in film production might only be around a few thousand, but many are in related businesses. The record industry was also been deeply effected by piracy. Small record shops also closed one after another, and distributors had not been paying. Top-rated singers of course would not starve to death, so they would just make merely less, but the second and third rate singers wouldn’t even have a chance to release a record. With less releases, record companies will definitely have to reduce expenses and inevitably downsize its employees. With computer software piracy, investors refused to do losing business. However, no H.K. pop star suffered the wrath of what Metallica’s Lars Ulrich received when he was fighting against Napster in 2000. Unlike America, vinyls in H.K. went out a Hell of a lot sooner since living conditions in H.K. are a lot smaller.

Things had come a long way since Michael Hui, movie star, chimed in circa June of 1998: “Whether a film is good or not and whether one should break the law or not are two different matters. The support of the government to Hong Kong film is equal to zero. The government spent money on promoting many industries, the Hong Kong Tourist Association has been doing a good job. Why is there no support for film which can introduce its culture? Hollywood can come to Hong Kong to make James Bond and roads will be blocked for them, but when Hong Kong people make movies everywhere, and everything is illegal.  In the end, the crew could only sneak around. Film makers are like beggars. Big stars get the big bucks because they have an investment value. Whether big stars should be used is the investor’s choice. Many foreign box office champs like Titanic, Star Wars, E.T. and Jurassic Park didn’t have big stars. However, the entire production has plenty of money to spend.” 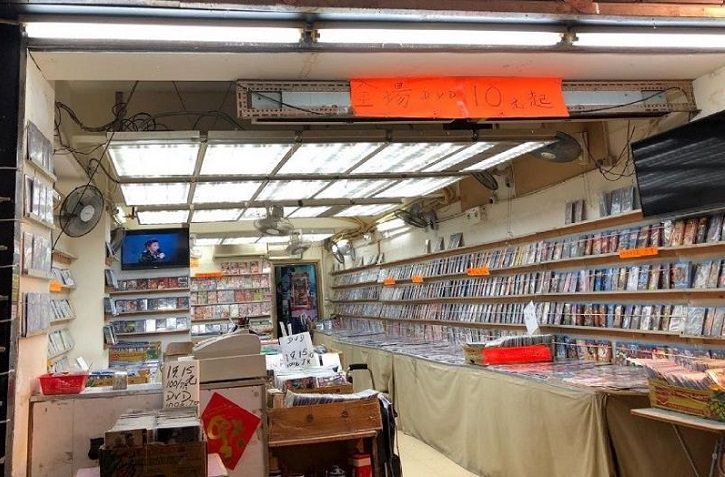 Apart from urging the public to shun pirated goods, the Anti-Piracy Alliance also pressed the government to mobilize its police force to combat the problem, which it said was siphoning off legitimate earnings and costing thousands of jobs. In 1990, the H.K. movie industry employed 5,000 people compared with more than 30,000 in 1993, according to the alliance’s figures. A significant percentage was stuntmen if not mainly Triads. Only 86 movies were made in 1998, compared with 426 in 1993. Rigo Jesu, managing director of Intercontinental Film Distributors, said in March of 1999: “If copyright piracy is not controlled, there will be no more creativity in Hong Kong whether it be motion pictures or music. It’s even affecting broadcasting.”

It’s fitting, then, that my article should end in the way that it began – with Jackie Chan. On Valentine’s Day in 1999, it was reported that himself alongside his pals Emil Chow, Alex To Tak-Wai, Edmond Leung, Nicholas Tse, Lillian Ho Ga-Lee and others had attended a publicity event on the prior day. Jackie entered the scene on a motorcycle while making it rain with lucky money and autographs upon his arrival. Before finishing the publicity for Gorgeous, himself and Vincent Kok went to shopping centers in Mongkok where they discovered that Gorgeous was already available on counterfeit VCD. Jackie was hopping mad. To his knowledge, Guangzhou already had 900 production lines producing counterfeits. He was angry that the pirates can still sell in the public even with the police being present.